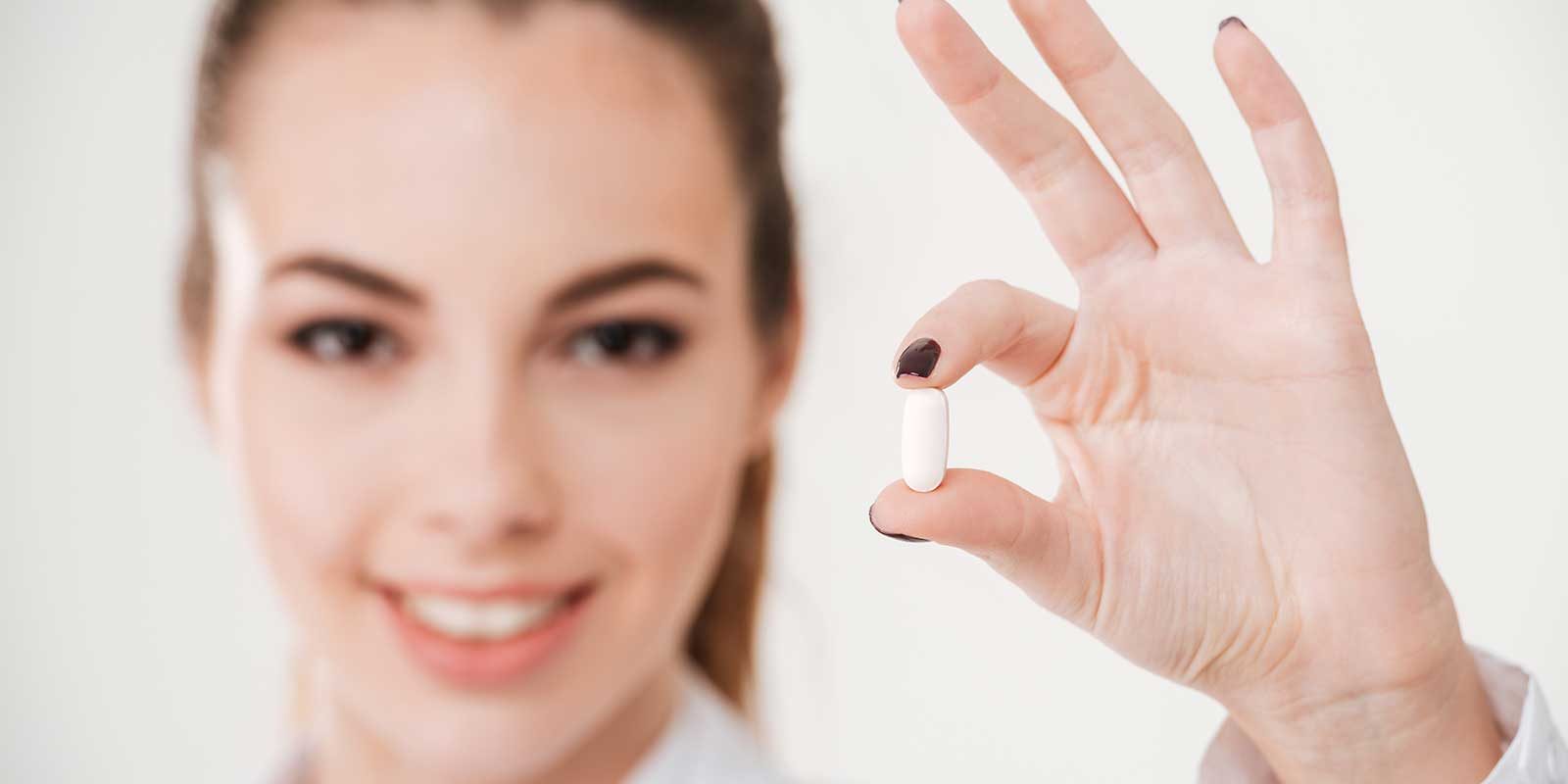 Joel Tune, CEO of Enteris Biopharma, discusses their proprietary drug delivery technology (Peptelligence®) that allows medicines to be delivered orally versus injection. The technology has been developed and proven effective to enable the safe delivery of peptide-based therapeutics and other molecules with low oral bioavailability.

Mr. Joel Tune currently serves as Enteris BioPharma’s Executive Chairman of the Board of Directors and Chief Executive Officer. He joined the Company in July 2013, initially serving as the Executive Chairman of the Board of Directors. In January 2016, Mr. Tune assumed the role of Chief Executive Officer of Enteris BioPharma. Joel is a highly seasoned executive with an extensive knowledge of strategy, operations and business development. Prior to joining Enteris BioPharma, Mr. Tune spent 28 years with Baxter HealthCare Corp. in roles of increasing responsibility within product development, sales and marketing, strategy, mergers and acquisitions and general management. His last role at Baxter was as Vice President and General Manager of the BioPharma Solutions Business, with global responsibility for the rapidly growing $800M franchise. Since leaving Baxter he has served as an independent consultant to a variety of private equity, venture capital and healthcare start-up firms, including serving on the Board of Directors for Unigene Laboratories and Epic Therapeutics. Mr. Tune holds an MBA from Marquette University and a BS in Biomedical Engineering from University of Louisville.

Neal Howard: Welcome to Health Professional Radio, this Health Supplier Segment. I’m your host Neal Howard, glad that you could join us. We’re going to have a conversation with Mr. Joel Tune, he’s CEO of Enteris BioPharma and he’s joining us here on the program today to talk about their proprietary drug delivery technology. It’s very exciting, it allows you to take drugs that normally were only given intravenously by mouth. Welcome to the program Joel, how are you?

Joel Tune: I’m going great this morning. Thank you Neal, good to talk to you.

Neal: Give me a little bit of background about yourself. Tell us about yourself and about Enteris BioPharma. I understand that you studied in Louisville, Kentucky.

Joel: I did. I went to Engineering school in Louisville at the University of Louisville and right after college, I joined Baxter Healthcare and worked there for 28 years. I have left there about 10 years ago and have been consulting and working with biotech and medical device companies for the last ten years.

Neal: So how did you become involved with Enteris?

Joel: They approach me, our current investor was looking for someone with experience in the biotech area to join a board originally. And I joined the board, I was very excited about the technology and joined the board and then a couple of years ago, it became 2016 I stepped in as a CEO to run more of the day-to-day operations.

Neal: Now you, as a lot of other folks, are very excited about certain technology. Now this is the only technology that we’re going to discuss today that interest is involved in, is that correct?

Joel: Yes, we have a platform technology that allows as you mentioned earlier us to orally deliver specifically peptides for administration, oral administration.

Neal: Explain to our listeners why peptides specifically are involved in this particular technology.

Joel: Well historically peptides are a class of molecules that you’ve had to deliver through

Neal: So it doesn’t get broken down in the stomach long before its effectiveness, right?

Joel: Correct. Yeah we … filled the tablet so that the the drug itself and the excipient we had aren’t touched at all in the stomach. The tablet starts to dissolve once it gets into the small intestine.

Neal: How long does this technology have been around?

Joel: We’ve been working on this technology for a number of years. Then the patents, I think the first patents that we have on the technology were issued in 2012.

Neal: So lots of advancements and lots of opportunity to track how patients are faring after this technology has been implemented, right?

Joel: Yeah, we’ve actually got a great deal of experience with a wide range of peptides, both animal trials we’ve tested, 25 or 30 different compounds and then humans, we have data on about a half a dozen. One of them is actually in Phase three, we have several compounds that are in Phase two testing in humans, and then several others that we’re still in the earlier stages. We work primarily with pharma companies on their compounds, but we have taken to over peptides from where the patents have expired…

Joel: Well that’s a great question. The endometriosis affects about six million women in the United States and it’s the growth of uterine tissue outside of the uterus. The most effective drug to treat it today is a drug called leuprolide, it’s a very old peptide drug. It’s given in a depo injection, you give it once, do the injection once and it lasts either 40 – 30 or 90 days. Endometriosis is an extremely painful disease but even with the pain unfortunately, because of the route of administration, the depo injection, leuprolide is not often used. Far and wide, the most effective compound but it’s not used very often because of the depo injection. We found that we can deliver it orally with our formulation, we believe and our market research tells us from doctors and patients as well to being able to deliver it orally, is that more patients will use it and the doctors will prescribe it more often and earlier in the treatment of this painful condition.

Neal: Is more women being able to use it or being inclined to use it, the only benefit of this oral as opposed to injectable peptide?

Joel: Yeah, that’s the real benefit because we suppress the hormones that cause the endometriosis, Estradiol specifically just like the injectable. More women will be able to use it and the reason they’ll be able to use it is because they can manage any side-effects better,  they being able to stop when they want to as opposed to having it in their body and not being able to do anything about it for 30 to 90 days as happens currently with the injection. So it really gives the patient more control over their therapy.

Neal: What do you see on the horizon as far as Peptelligence® is concerned? As far as any more developments or being able to introduce even more types of drugs orally as opposed to their traditional injectable means of delivery?

Joel: Well I think we’ve just begun to scratch the surface. The opportunities ahead of us are substantial. The variety of peptides that we can deliver is very broad, the experience that we’ve gained with now with multiple drugs and human trials and a wide range of animal data makes pharma companies look at  us much more closely, look at the oil route for a peptide much more closely than they have in the past because there really isn’t anybody else in a position to do that.

Joel: I think in the biggest one is that typically an injection, with the exception of someone like a diabetic who injects themselves everyday, injections typically require a doctor visit and so there’s a there’s obviously a cost to the visit but there’s also for lack a better word, a societal cost that the individual has to take time off from work, time away from their family to make that doctor visit. With the tablet target, they just get up in the morning, they take it after they brush their teeth in the morning and they can continue on with their day as normal, so there’s a couple significant elements of cost.

Neal: Where can we go online and learn some more about your company and about Peptelligence® as well?

Joel:  enterisbiopharma.com is our website and it has a very good description of our technology and explains to folks how they can get in contact with us to get access to working with us.

Neal: Joel, it has been a pleasure speaking with you today. I’m hoping to talk with you again.

Joel: Thank you very much for your time Neal, I really appreciate it.