eSight – Creators of Glasses That Let The Visually Impaired See 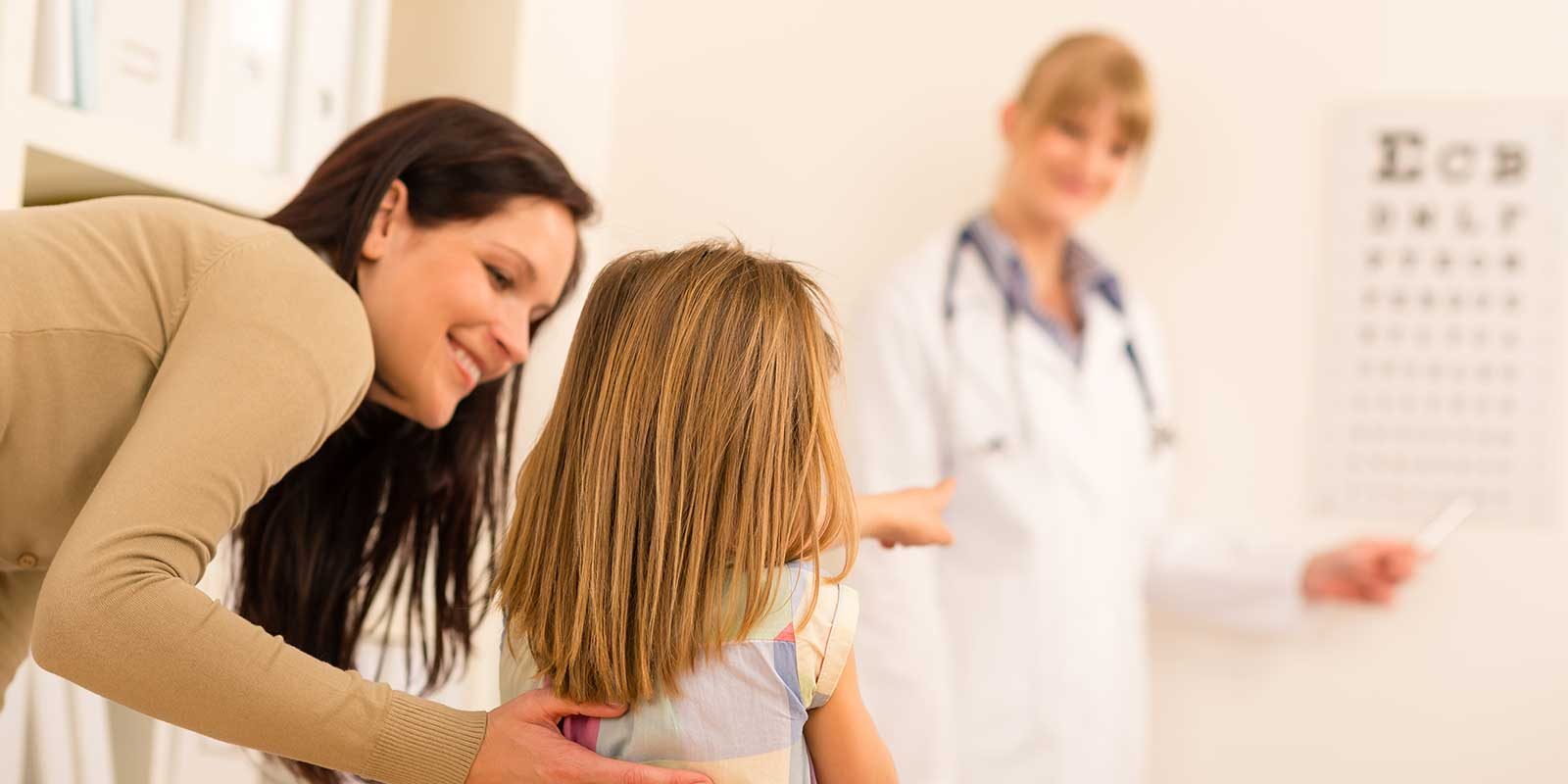 Dr. Brian Mech, Ph.D discusses eSight – the creators of electronic glasses that enable the legally blind to actually see again. eSight is worn like a normal pair of glasses, but it houses a high-speed, high-definition camera that captures everything you are looking at, and then displays it on two near-to-eye displays.

Dr. Brian Mech, President and CEO of eSight Eyewear, is a transformational business leader with nearly twenty years of experience in disruptive, sight-restoring technology. He has demonstrated success in the design, development and breakthrough commercialization of optical devices, along with core business experience that most recently includes a successful initial public offering and multiple commercial launches of life-changing, clinically-approved products. Brian is a lifelong advocate for better vision and better health, fascinated by the convergence of healthcare and consumer technology, and is a proven builder of companies where people and culture combine to achieve extraordinary results.

Neal Howard: Welcome to Health Professional Radio. I’m your host Neal Howard for this Health Suppliers Segment, thank you so much for joining us. Our guest is Dr. Brian Mech, he’s a PhD and President and CEO of eSight. eSight are the creators of the electronic glasses that actually enable legally blind people to see again. Welcome to the program Dr. Mech.

Dr. Brian Mech: Thanks for having me.

Neal: Thanks for taking the time and joining us today. Give us a bit of background about yourself, other than being the president and CEO of eSight.

Dr Mech: Sure, yeah. I have a PhD as you mentioned in material science and I very early on in my career I started as an engineer in medical devices and I’ve spent the last 20 years of my career in opthalmic-related medical device technologies that help restore or improve vision.

Neal: Do you deal basically in the mechanics of it or the software or do you deal with both of them as you develop these products?

Dr Mech: Yeah, sort of all of the above. So I’ve been involved in in one project where we worked on an implantable device that went inside the eye and used neuromodulation to restore vision for people that were completely blind and now working on a wearable product, that’s the eSight device that people wear. Its hardware and software and a lot of intelligence inside in it significantly improves vision.

Neal: You are president and CEO of this company. Did you start the company?

Dr Mech: No. The company was founded almost 11 years ago. I joined about three and a half years ago as it was transitioning from an R&D company to one that was more commercially focused. It took a while to develop the technology that was working so well to improve vision for people who were visually impaired and now the challenge for the company at that point back in 2015 was to make it a commercial success in order to help get to the tens of millions of people actually that have vision loss around the world that could be improved by this technology.

Neal: Let’s briefly discuss vision loss. Now because someone is legally blind does not mean that they can actually see nothing at all. Maybe shadows, maybe light, something like that. There are different levels of blindness especially when it comes to legally blind, is that correct on my part or would you like to clarify?

Dr Mech: No, that’s correct. I think it’s a very confusing term when people use the word ‘blind.’ There’s actually relatively speaking when you look at the global population who are visually impaired, it’s a relatively small percentage of those people that are actually completely blind and cannot see anything. The vast majority, about eighty six percent of those people that are  considered visually impaired actually have some remaining vision and those are the ones that eSight targets. We enhance and amplify the vision that they have left in order to allow them to see significantly better.

Neal: Now let’s talk about these these electronic glasses. Is this your a flagship product there at eSight or is this just one in a line of many innovations there?

Dr Mech: Well today, it is the only product that we have. That’s going to change in our future, we have a lot of plans but today it is our flagship and our only product and it’s making a transformative difference in people’s lives all around the world. It’s really incredible.

Neal: When we were discussing being legally blind, how do these these electronic glasses allow someone who’s legally blind to actually see again? I guess in order to drive, maybe ride a bike? Give me some insight.

Dr Mech: Yeah sure I’ll answer that question in a minute but one thing I will clarify is that although the glasses allow people to resume pretty much any activity of daily living that they want, the one thing that they are not allowed to do anywhere in the United States is drive. So I just want to be very clear about that. So what the glasses are, is there’s a video camera facing forward and then there’s to high-definition organic LED displays inside and then there’s a lot of math that goes on in between when the video signal is captured and when it’s presented on those displays. And the trick here is we display the information in a way that actually gets their eyes to respond when they’re not responding to the ambient light that they would normally see through the lens of their eye. In addition to that, in real-time they’re able to magnify, enhance contrast and apply various other algorithms that help them to see better which are well-known in the area of low vision. And all of this is happening in real time, very low latency so the time between when something happens and when they see it is sort of sub 50 milliseconds, so very very quick. And also, I think one of the very absolute unique advantages of eSight is that it allows these patients to have access to those parts of their eyes that might still be working well. So this gets a little complicated but a lot of people that have vision loss experience central vision loss but actually have very healthy peripheral vision that they rely on when they’re ambulating and when they’re moving around so it’s a key part of our vestibular system that controls our balance and also a key part of our safety system that gives us alerts when we’re especially when we’re moving things that we need to be wary of. And so the unique patented advantage of eSight is what we call our bi-optic tilt which allows our patients to have as much access to their peripheral vision as they want and use it as they would normally. So that’s really key because that allows them to not only see better but see better when they’re moving, when they’re jogging when they’re playing sports. Basically under any circumstance, they can see significantly better and so the kinds of things that we’re talking about are not just resuming hobbies or sports which of course are significant but in many cases going back to work, rejoining the workforce, going back to school completing degrees – it’s really amazing what the technology can do.

Neal: To be clear, this is not an invasive system of sight enhancement. These are glasses that can be taken on, put on and taken off. The displays that you’re speaking of, this is not something that is implanted inside the eye or something like that. These are near eye displays, if I understand the technology correctly in a rudimentary way that I do.

Dr Mech: No Neal, that’s exactly right so like I said in my earlier my career I worked on an implantable device that was for people that had lost all of their vision but this device is a wearable. There is no, implant there’s no surgery. You simply try them on and within seconds if they work for you.

Neal: Is there a certain age, adolescents or is this something for someone who’s experienced significant eye loss or eye loss at any level for a significant period of time?

Dr Mech: Well yeah, let me let me tell you our youngest wearer today is three years old and our oldest today is 102 so we are not only agnostic as to the age of the person who’s experiencing vision loss, we also are agnostic – it doesn’t really matter to us what the cause of their vision loss is. What we’ve learned from more than 10,000 experiences with patients is that as long as there’s vision left for us to augment, there’s about an 80% chance that when they try the glasses on, they’re going to see a very significant improvement in their vision. And of course as I mentioned already, the beautiful part is all you have to do is try them on. You won’t have to go through surgery or through a course of pharmaceutical treatment just to find out that they don’t work for you. You will know within seconds.

Neal: Where can we go online and get some more information about eSight and about these glasses and about availability as far as cost and whatnot?

Dr Mech: Well the best place to go is our website which is www.esighteyewear.com and you can get a lot of information there. You can connect with people by phone, through chat box, by email who will answer all of your questions. The device is widely available around the world including in North America and Australia and Europe and so we’re happy to get you all the information you need and a chance to try the device.

Neal: Well thank you for talking with us today Dr Mech, it a pleasure.

Dr Mech: Alright, well my pleasure Neal as well and thank you so much.

Neal: You’ve been to Health Professional Radio for this Health Supplier segment. I’m your host Neal Howard in conversation with Dr. Brian Mech, president and CEO of eSight. Transcripts and audio of this program are available at healthprofessionalradio.com.au and also at hpr.fm. You can subscribe to this podcast on iTunes, listen in and download at SoundCloud and be sure to visit our Affiliate Page at hpr.fm and healthprofessionalradio.com.au