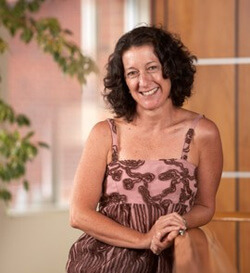 Presenter: Katherine Lodge
Guest: Dr Roslyn Giglia
Guest Bio: Dr Roslyn Giglia a Research Fellow at Curtin’s School of Public Health. Her current research projects are: Evaluation of the use of an Internet intervention to sustain breastfeeding duration in regional Western Australia, A Cohort study of factors influencing breastfeeding in regional Western Australia and A cohort study of feeding patterns and health outcomes of infants in the Rufiji district of Tanzania

Katherine Lodge: Thank you for listening to Health Professional Radio. I’m Katherine and today our guest is Dr. Roslyn Giglia, a Research Fellow at Curtin’s School of Public Health. She is here to discuss a new breastfeeding and alcohol app called Feed Safe. Welcome to our show.

Dr. Roslyn Giglia: Thank you Katherine, good to be on the show.

K: Thanks for joining us. Now as we know most women do abstain from drinking alcohol during pregnancy. And then after they give birth they might want to start enjoying a drink or two with a meal or when going out. Can you tell us Roslyn what are the effects of alcohol for breastfeeding mothers?

G: Okay. Well it really depends on how much they have to drink and how often they drink and whether they drink before they breastfeed. Because this obviously if they’re not drinking and if they’re not breastfeeding very often or that they have a drink and they don’t need to breastfeed for a few hours, that’s fine. It won’t actually affects their breast milk. But if they do drink alcohol and they are due to breastfeed, then one of the problems is that the alcohol interferes with the “letdown reflex” and that it inhibits one of the hormones called “oxytocin” that enables the milk to be let down into the breast and through the nipples. So the baby won’t receive as much milk as it normally would so a happy baby become hungrier then becomes a cranky baby.

G: So that is one of the effects. And another effect is that often, if they are feeding and there’s alcohol in the breast milk then the alcohol will upset the sleeping pattern of the infant. So they won’t sleep very well and again this just results to a cranky baby so that’s not good for the moms.

G: All this problems. So when moms have cranky baby and their breastfeeding, they might interpret this as not getting enough milk. And so they might stop breastfeeding and this is a bigger problem overall.

K: Right, oh okay. I’m glad you brought that up. Now so Curtin University and yourself with a few other people have helped develop a smart phone app. Can you tell us about this app?

G: Sure. So this app is a partnership between myself here at Curtin University, Becky White, who’s the director of Reach Health Promotion Innovations and the Australian Breastfeeding Association which is a national organization. And I was approached by Becky from Reach Health Promotion Innovations because she had seen the pamphlet that I had developed based on breastfeeding and alcohol which was distributed by the Australian Breastfeeding Association and she thought that it was a much more user friendly in this day in age as an app and she’s right.

K: So with this pamphlet, I understand it’s available and a lot of people were reading it whenever they could but now with this app, it’s released Australia wide obviously through the iTunes. Has it had a very good app uptake rate?

G: The response to the app has actually been overwhelming. When we rushed our proposal for funding to develop the app, we put one of our outcome that would be 2,000 downloads in a year on the app and we actually had over 4,000 download in the first month.

G: So you could see how popular. And we’ve take it a number 103 for the top 100 apps, so we didn’t quite get in to the top 100. But we were fairly high in our first week once again, so it’s been extremely popular.

K: Excellent. And can you explain to us Roslyn what the app actually does?

G: So if you are a breastfeeding mom, you would put in your height and weight into the app so this is what we call user-settings. And then when you go out or you have a drink, you would put in the time that you started drinking and how many standard drinks you had, and you can look at the standard drinks a part of the app as well, let’s say if you’re having more or less what we call a standard drink. And what the app will do is it will calculate based on the height you’ve entered earlier, how long or how many hours until your breast milk is free of alcohol and that you can breastfeed again.

K: Okay. So it takes a lot of I guess work out for moms.

K: That sounds great. And is currently available for Apple iPhones and iPads, that are free, it can be downloaded from the iTunes store. And for more information people can actually go to the website, they can download from there as well. It’s feedsafe.net.

K: Is that correct no dot au? Just dot net?

G: No just dot net. And there’s information on the Australian Breastfeeding Association website as well.

K: Excellent. And do you have any ETA’s on when the android app will be available for people that are not on iPhones?

G: Well it’s actually very funny that you should mention it because Betty, who I mentioned as a director Reach Health Promotion Innovations spoke to me on the phone this morning just saying “I think we need to try and develop an android so we need to try and access some funding for that.” (chuckles)

K: Yes. So for those of you that are listening, those who have android and think this app would be useful, feel free to contact them via their website. And I guess judging by how many people request, you can show that people will be using it. But for sure it’s a great thing and a great resource. And thank you so much for developing it.

K: And thanks for your time today.

G: No problem thanks for the interview.