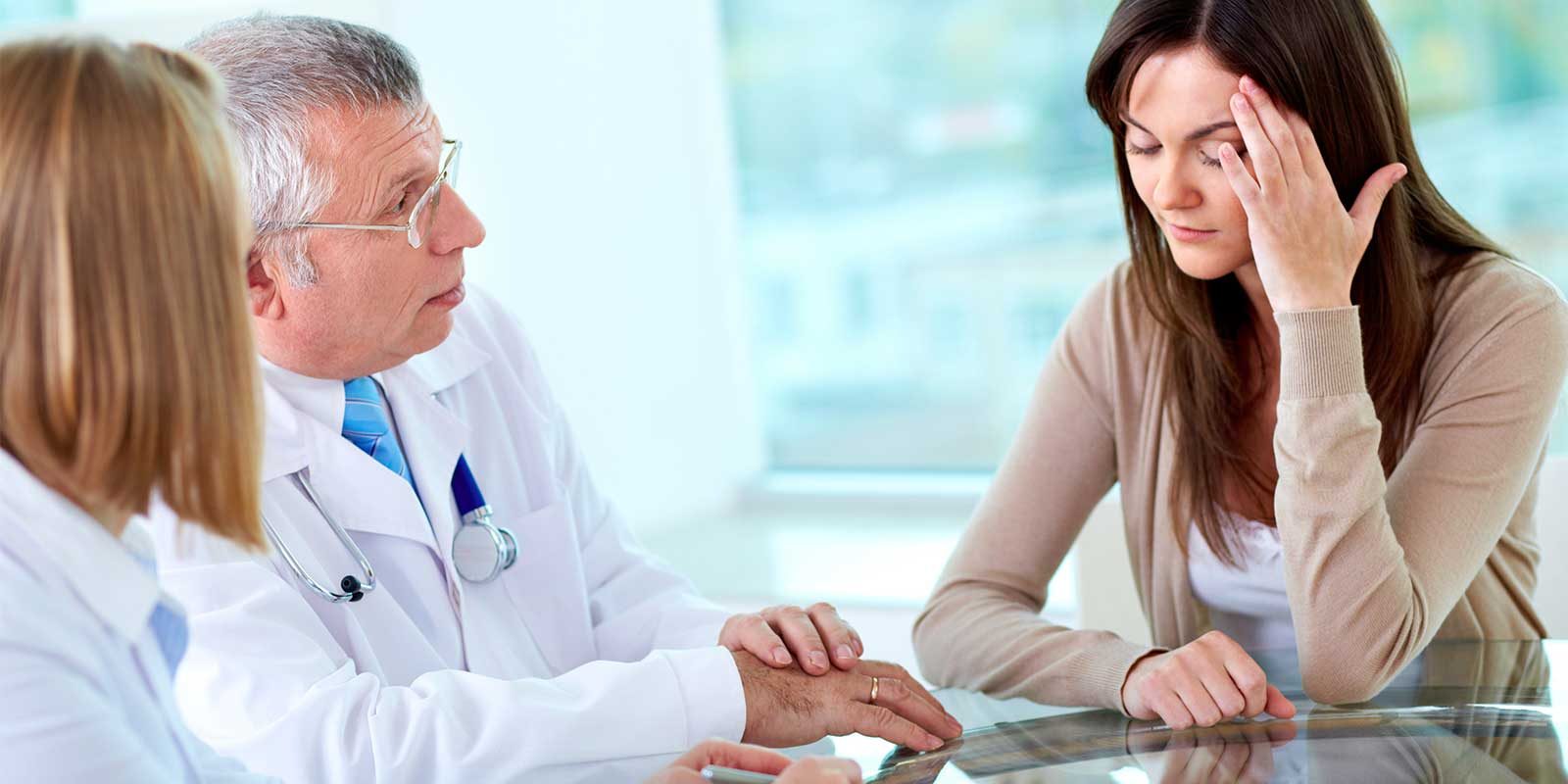 Sateria Venable, a fibroid sufferer who has endured four surgeries, launched the Fibroid Foundation to educate women and support initiatives to find reasonable medical solutions for fibroids. Although she does not have a medical background, Sateria has a deep knowledge of this health problem and recently co-authored a scientific paper that appeared in the “American Journal for Obstetrics and Gynecology“. She discusses her insight on the need for new treatments, including alternative therapies and treatments on the horizon for fibroid sufferers.

Sateria Venable is the founder/executive director of The Fibroid Foundation, a patient-founded advocacy organization that gives voice globally to fibroid patients. The Fibroid Foundation develops programs that provides a forum for women to share their stories, learn about treatment options and identify physician resources. The organization has developed a substantial network within the medical community.

Venable, who holds a Bachelor of Architecture from Carnegie Mellon University, recently co-authored a scientific paper for the “American Journal of Obstetrics & Gynecology” on fibroids. She is an inventor of an undergarment, a sought after speaker, and has been featured in print and radio media.

Neal Howard: Hello and welcome to this edition of Health Professional Radio. I’m your host Neal Howard, thank you for joining us this morning. Our guest is Sateria Venable, she’s a sufferer of fibroids and although she’s not a medical practitioner, she has a great deal of information, a great deal of experience and has written extensively on the subject of fibroids. And we’re here this morning to bring awareness to the problem and talk about some of the solutions that could possibly exist. Welcome to the program this morning Sateria, how are you?

Sateria Venable: Good morning Neal, I’m great. Thanks for having me, I’m excited to be here with you.

Neal: Glad that you could join us this morning. I did mention that you’re not a medical professional, just a little bit of a brief background.

Sateria: Well it’s an interesting story, I often say life frequently takes you on paths that you don’t anticipate. So my background is I was trained as an architect and through a series of personal health challenges with uterine fibroids, I’ve had four surgeries total. After the second surgery, I started asking the question “Where are the answers to addressing this health concern?” And so I started advocating but still working as a real estate executive and that’s kind of how I arrived here interestingly enough.

Neal: Now for our listeners who may not be familiar with fibroids and the nature of fibroids, what are fibroids as far as you understand them?

Sateria: Sure. So uterine fibroids are benign tumors, they grow either in or around the uterus. They are not cancerous because oftentimes when women are diagnosed, there’s a fear of cancer being an issue. And 99% of uterine fibroids are not cancerous and so they can grow within the uterine cavity, within the actual uterine wall or outside of the uterine cavity, and they vary in size and they vary in quantity for each woman. Many many women are diagnosed with fibroids, it’s a global issue. One in three women sometime in their lifetime will have fibroids. Not all women have symptomatic fibroids which can naturally cause issues. Some have no symptoms at all, they vary greatly patient to patient.

Neal: So if some patients can have symptoms, some cannot. Qas your experience one where you had symptoms that prompted you to get checked out? Or did one day you just wake up and say “Oh my goodness, this hurts,” or “This itches.” And with so many of these tumors being benign, what makes them a huge health problem if they can simply be removed or is it not as simple as that?

Sateria: So for me one of our hashtags is #erasethestigma and reproductive health kind of exists in a vacuum because historically it’s been something that you just didn’t speak upon. So for me as with many women, I watch women and my family experience heavy menstrual bleeding and so when it happened to me, I just thought that that was normal and I existed with it, you learn to cope, you go to work, you just compensate even though you’re feeling really badly or you may be anemic from heavy bleeding, you just keep plowing ahead. And my symptoms had gotten so bad with … Symptoms again they vary but for me, it was heavy menstrual bleeding and pain and so when I got to a point where I thought I really need to find out more about this if there’s something that I can do. I sought out a medical professional or OB/GYN, obstetrician gynecologist, and I was immediately told to have a hysterectomy which I thought was odd because I was in my 20s at the time so I thought out another medical  professional, who I advise women to form a collaborative relationship with your physician and if you’re not feeling that your needs are being addressed, to research and find someone who can truly be of assistance. And so that led me to another OB/GYN who did attempt to perform the first surgery but they were not skilled. And then finally, the second surgeon that I went to was able to perform the surgery. I had a hysteroscopy and it was a very small two centimeter fibroid. For me and my fibroids have never been large but they’ve always been problematic for me. And I’m sorry, what was your second question Neal?

Neal: Above and beyond, I guess the pain, do they interfere being in the uterine wall or inside or outside – do they impair pregnancy? Do they prevent a woman from becoming pregnant or does it make a pregnancy very complicated because they exist?

Sateria: It does all of those things and great question. The range of issues that fibroids can  cause in addition to the heavy menstrual bleeding are pain during intercourse because they are affected by hormones although we don’t know the cause of fibroids. They grow with hormone surges so when women are expecting, they often grow and can crowd out the fetus and/or cause miscarriage or other infertility issues in general. Other issues that they can cause are back pain, leg pain and you can have bleeding between periods. And if you are experiencing heavy menstrual bleeding, you might be anemic and sometimes women who are anemic aren’t really aware that they are because their blood level drops gradually and their body compensates for it and they are not aware that’s it’s from the uterine fibroids.

Neal: So now you recently co-authored a paper that appeared in the American Journal for Obstetrics and Gynaecology, talk about this paper. What is the the traditional treatment? As you say, you’ve done two gone surgeries but you talked about some alternative treatments that could be implemented and maybe some treatments that you see on the horizon?

Sateria: Sure. Well the paper that was recently published was a design paper. We at the Fibroid Foundation are involved in the research efforts and we … on study and it tracks patients and non-medical centers across the United States and evaluates the treatment options that they select to address their fibroids. So it’s non-invasive, it’s already tracking medical records that exist and we designed this study because it’s patient focused and so we were instrumental in determining some of the protocols for the study that are engaging for patients, make them feel comfortable some of the study methods and collection methods when a blood sample was utilized. And so we provide consistent feedback as members of the registry steering committee for that study and it’s based out of Duke University. And so our mission is research is one arm of our mission and we also do advocacy and consulting and raise awareness globally. Half of our followers are actually outside of the United States which is wonderful because we get feedback and perspectives from women around the world.

Neal: Now I know that we’ve only had a very short period of time to discuss fibroids this morning, but give us a website where we can learn more about fibroids and especially about the Fibroid Foundation.

Sateria: Sure. Our web address is fibroidfoundation.org and there you can find more information on treatment options, medical therapies are being developed and you can find links to all of our other social media platforms there and we would love to have ambassadors. If you’re interested, get involved. You can click the ‘get involve’ tab, we have ambassadors globally and please reach out to us at any time with any questions or any interest in volunteering, we’d be happy to speak with you and thank you Neal.

Neal: Thank you Sateria Venable thank you so much for joining us here today on Health Professional Radio. Thank you for your time and for all the great information as well.

Sateria: Thank you, have a great day.

Neal: You do the same. You’ve been listening to Health Professional Radio, I’m your host Neal Howard. Transcripts and audio of this program are available at hpr.fm and healthprofessionalradio.com.au. You can also subscribe to this podcast on iTunes, listen in and download at SoundCloud and be sure and visit our Affiliate page at hpr.fm