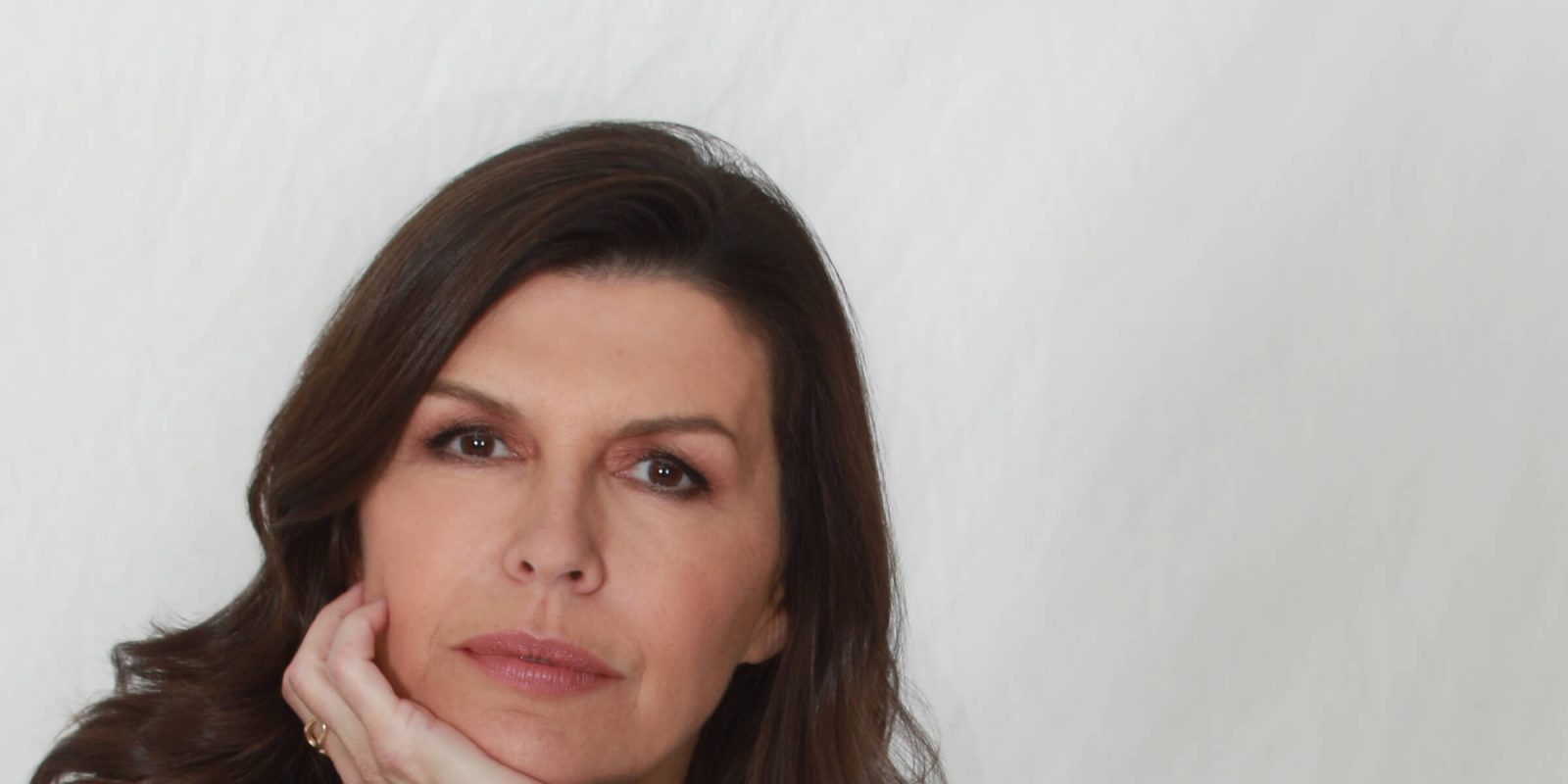 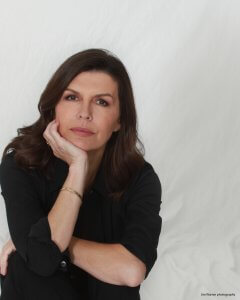 Guest: Finola Hughes
Presenter: Neal Howard
Guest Bio: Finola Hughes – who plays Anna Devane on ABC’s General Hospital, was born in London, England, studied and graduated from The Arts Educational School, London. Danced with the Northern Ballet Company and in1981 originated the role of Victoria the White Catin the London production of Andrew Lloyd Webber’s musical Cats. Joined the stage production of Webber’s “Song and Dance” in 1982. Starred with John Travolta in “Stayin’ Alive” in 1983 and in 1984, joined the cast on “General Hospital” and won a Daytime Emmy award in 1991. Has continued to appear on both ABC soaps “All my children” and “GH” for the past 30 years. Has appeared in over 19 films and 30 different television series.”

Segment overview: Segment 2: Rare Disease Day is February 28, and to help bring awareness of the rare blood cancer called polycythemia vera (PV), Finola Hughes, actress, who plays Anna Devane on the leading daytime soap opera General Hospital, shares her experience closely studying a woman with PV and key learnings about the importance of advocating for your own health. The hit daytime TV show General Hospital will be highlighting one character’s diagnosis with PV.

Neal Howard: Hello, and welcome to Health Professional Radio, I’m your host Neal Howard, thank you for joining us today. Our guest is actress, Finola Hughes. She plays Anna Devane on ABC’s General Hospital, and she’s here with us today to talk about raising awareness for a rare, chronic and under-recognized blood cancer. Welcome to the program, Finola Hughes.

Finola Hughes: Thank you so much. Thank you.

Neal Howard: Thank you for joining us today. I’m a big fan, and I won’t be too starstruck here, but I will let you know that I do watch the program and I’ve seen you progress through many things as Anna Devane. Now, you’re going to be dealing with this rare disease. How did you prepare for this role? Is this something that you’ve been affected by personally? Do you know someone or is this something that is brand new to you?

Finola Hughes: Yes, this is brand new to me. I do not know anyone who has been affected by it before. However, I did get to meet a very inspiring woman who’s a patient. She was diagnosed probably ten years ago with polycythemia vera, which is the exact rare blood cancer that my character, Anna Devane, gets diagnosed with. And I got an opportunity to speak with her and find out about her symptoms, and how she felt, and how she was moving through this disease. And I have to come at this as an actress. My part in the telling of this and in raising awareness of this rare blood cancer is to do it to a narrative. It’s to deal with the whole person. It’s to deal with the character. It’s to deal with how this person would feel in having a diagnosis such as this, how scared she might feel, how she would ask questions, what her symptoms would be. That’s sort of where I came from in dealing with this and I had a wonderful time with this patient and I spoke to her about how she felt, what her symptoms were like, the dizziness, the headaches, and how long it took her to be diagnosed. And Anna, my character, does in fact take a while. She first of all believes that she had just migraines and then her dizziness and her headaches become more severe until she does get diagnosed with the blood clot. And that’s when the doctors on the show, the fictional doctors, decide that they will have to do a blood test because the red flag goes up and they want to find out what is going on with her. And from there, they begin to realize that perhaps this might be myeloproliferative neoplasm that they’re dealing with, or an MPN. And so they do a bone marrow biopsy, and through the bone marrow biopsy, they are able to give her a diagnosis which is what occurred yesterday on the show.

Neal Howard: Now, your character is visited by your daughter. Did the patient that you were closely studying to prepare and portray this role, was she a family person? Did she have family around her? What about her support group and is your character going to take advantage of a support group?

Finola Hughes: Yes. I did learn how incredibly important it is to have support. Her husband was the most extraordinary gentleman and had been with her, by her side, from her diagnosis onwards. And she did cite him as being really her caregiver and somebody who always bolsters her esteem and helps make her feel good about herself. And she’s weathering living with a chronic disease and that is something that needs to be navigated. She really has to look after herself and she has to take care of how well she eats. He is a wonderful chef and I got to meet both of them. And her friends rallied around her and I did see how very important it is to have a support group. And my daughter on the show, my fictitious daughter, Robin, played by Kimberly McCullough, does come into town and that’s when my character, Anna, realizes that if her daughter comes back home for some reason, then there must be something going on because my daughter in the show is actually a doctor. And so her coming by means that Anna is probably facing something or maybe facing a diagnosis that’s going to be something that everybody has to, will have an impact on everybody’s lives. Also, in talking with the patient, she really did cite this one website, voicesofmpn.com. She really said that she found it very comforting, lots of resources, useful information. And like the doctor said earlier, people that live in more rural areas, it might take a long time before they meet someone who actually has this disease also, because it is so rare. And this lady that I was talking to you, it took her 10 years before she met somebody else because she did live somewhere at rural, and then she finally moved to a new city. One day, she was getting a treatment and low and behold, the gentleman opposite her had the exact same rare blood disease as her.

Finola Hughes: Well, I take it very seriously in raising awareness for something like this. It’s a rare disease with 200,000 people only being found in America that can be pretty isolating and pretty, you can feel pretty lonely. And so it is very heartening to me to have this opportunity to be able to raise awareness for this. Everybody is impacted with certain things in their lives. Every family member, every family, we all go through things. My life was impacted with cancer when I was really young. My mother died from cancer and so I went on that journey with her. And something as simple as my job is, I’m an actress, I’m not a doctor, I can’t actually help people with these chronic diseases, but I take my job seriously. And as much as perhaps, I can bring some information or I can bring some joy to somebody or I can take their minds off something for, I don’t know, 40 minutes out of the day, that’s really all I can do as an actor. But I take that very seriously in portraying someone who has been in people’s homes for 30 years and now I’m having to portray someone who’s facing a chronic disease and what my new normal will be like as that character. And what I felt in meeting this patient was her resilience and how strong she was. And if I can bring that part to my character, then I’m very honored to do so.

Neal Howard: There are treatments, even though there’s no cure. I certainly don’t want to see Anna Devane go away, so we understand that you’re going to be treated. Did you ever accompany your friend on any of her treatments? Was there anything that you found surprising, even though you’ve been on a journey yourself personally?

Finola Hughes: I was very surprised that these symptoms can go by for a long time before diagnosis, a correct diagnosis is made, because I think that we all push through in our lives. And we all say, “Oh, I’ve got a headache. I’m fine.” We’ll take some tablet to make ourselves feel better, but our symptoms will continue, symptoms can continue. I was really surprised at how long it could take, perhaps, to get a diagnosis, which is why I learned how important it would be to advocate for yourself as a patient, to go back to your doctor if your symptoms aren’t easing, and to go back and ask for perhaps, another screening, or a certain blood test, or just push for yourself, and advocate for yourself with your caregivers and with your doctor. That was a surprise to me and also the isolation and how you might feel that you are alone. And that’s where I think that this website, voicesofmpn.com, can really be heartening. Those are things that I found surprising, but I loved the fact that we are telling this story on our show. Our show, along with Grey’s Anatomy and House and other shows of that nature, have often been a great platform for talking about disorders such as these.

Neal Howard: Well, I sure appreciate you coming in and talking with us today and I will be watching. That’s for sure.

Finola Hughes: Okay, thank you so much.

Neal Howard: You’ve been listening to Health Professional Radio, I’m your host Neal Howard, in studio with actress, Finola Hughes, who plays Anna Devane on the leading daytime soap, General Hospital. And she’s helping to shine a light on this very rare and often under-recognized blood disease known as polycythemia vera or PV for short. Transcripts and audio of this program are available at healthprofessionalradio.com.au and also at hpr.fm. You can subscribe to this podcast on iTunes, listen in and download on SoundCloud.