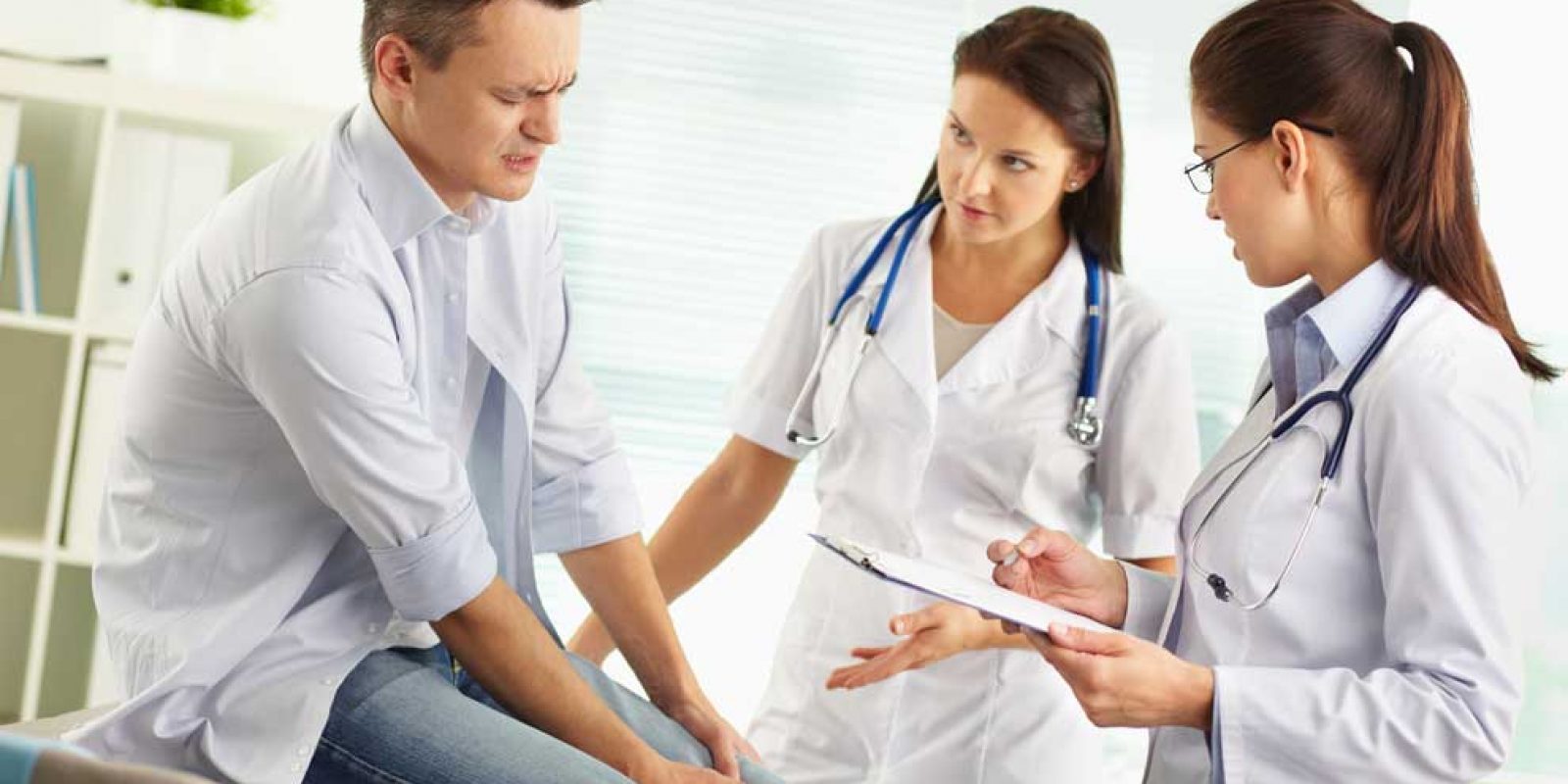 Flexion CEO Dr. Mike Clayman, discusses the company’s inflection year ahead, gene therapy, the importance of non-opioid options for people suffering from pain, and attracting/retaining talent in biotech/biopharma scene. Flexion is focused on advancing local therapies for patients with musculoskeletal disorders. The company’s non-opioid pain treatment, Zilretta, is an FDA approved intra-articular (“in the joint”) injection for pain due to osteoarthritis (OA) of the knee.

Dr. Clayman is a co-founder of Flexion Therapeutics and has served as President, Chief Executive Officer and as one of the directors since inception in 2007. He also serves on the board of directors of Anokion SA and Kanyos Bio, both biopharmaceutical companies. Dr. Clayman served on the board of Akebia Therapeutics, a public biopharmaceutical company, from 2014 to 2018. Previously, he is the recipient of the Physician Scientist Award from the National Institutes of Health. He earned a B.A., cum laude, from Yale University and an M.D. from the University of California, San Diego School of Medicine. Following an internship and residency in Internal Medicine at the University of California, San Francisco Moffitt Hospitals, Dr. Clayman completed clinical and research fellowships in Nephrology at the University of Pennsylvania.

Neal Howard: Hello and welcome. I’m your host Neal Howard here on Health Professional Radio, glad that you could join us. Our guest today is Mike Clayman, Flexion CEO. Flexion is a company that focused on non opioid pain medications. He’s joining us today to talk about Flexion’s … the importance of non-opioid options for people suffering from pain. A lot to cover in a very short period of time. Welcome to the program Mike, thanks for taking the time.

Dr. Mike Clayman: Thanks Neal, it’s a pleasure to be here.

Neal: A bit of background, other than being CEO of Flexion.

Dr Clayman: Yeah. So I’m a physician by training, a nephrologist, drawing the industry to develop new medicines a number of years ago and I have worked to do that literally for the past 30 years. Twenty years at Eli Lilly and Company and a little over a decade at Flexion Therapeutics which was co-founded with Dr. Neil Bodick. Dr. Neil Bodick and I co-founded the company into late 2007 and we are focused on progressing non-opioid medications for the treatment of musculoskeletal conditions and our lead compound is a compound called Zilretta®. Zilretta® is a novel formulation of a commonly injected steroid that allows after injection into the knee, allows persistence of drug at therapeutic concentrations for at least 12 weeks. If you’ll bear with me Neal, just to back up for a second. Just to frame osteoarthritis as a disease, many people think of that as an inevitable accompaniment of aging. It’s actually a lot more than that. It’s a disease of progressive breakdown of cartilage in the joint, progressive disability substantial amounts of pain, actually associated with increased mortality if you have osteoarthritis compared to eight match then comorbidity matched patients who do not have osteoarthritis and that’s a reflection cardiovascular risk, likely a reflection of sedentary lifestyle. So it’s a debilitating disease, it’s a serious disease and it’s a disease that’s associated with excess mortality. Treatment options are limited. Oral treatment options starting with things like Tylenol or then going to Advil and other oral agents are limited. They’re limited in terms of options and in terms of efficacy. Many patients as they progressively exhaust those oral treatment options can be put on opioids which is really I think by almost any standard an undesirable choice for a chronic condition like osteoarthritis but forty percent of Medicare patients for example who have osteoarthritis or prescribed opioids. And in addition to the oral medicines, there are medicines that are injected into the knee for the treatment of knee pain related to osteoarthritis. Two classes of drugs – one steroids, one hyaluronic acids. Steroids have been around for 60 years,  they’re commonly referred to as cortizones, etc. None of those are formulated to stay in the joint for any period of time, so following injection, they flood out of the joint. And as a result the pain relief that a patient obtains which is typically pretty good, fades after on average two to four weeks. And the hyaluronic acids barely separate from placebo in controlled clinical trials and recently the American Academy of Orthopedic Surgeons came out of their guidelines indicating that they could not recommend their use for reasons – of their words – lack of efficacy. So we saw a real opportunity here to address the unmet medical need associated with steroids, reasonably good pain relief of limited duration and by convention steroids are not injected any more often than every three months. And so a patient would go to their physician, get a steroid injection, get good pain relief, go back after a month and say “I’m ready my next injection.” And the physician would say “Come back in two months” and that’s not a very satisfying experience. Long story short, we formulated a commonly injected steroid and demonstrated through clinical trials in close to 2,000 patients that is already associated with rapid substantial actually greater than what we’ve seen when you look at the totality of the data we believe, greater than what’s seen with the immediate release steroids that are out there and for at least 12 weeks of pain relief. So we submitted to the FDA our new drug application in December of 2016, approved in October of 2017, launched shortly thereafter and we are about a year and a half into the launch and we’re very excited about how things are going out there.

Neal: Is the dosage directly related to the amount of deterioration in the joint or in specific joints?

Dr Clayman: No, it’s a very good question. By convention steroid dosing is not typically tailored to the patient characteristic or set of characteristics so for example, with the immediate release steroids Kenalog of technically triamcinolone acetonide, a commonly injected steroid is typically injected at a dose of 40 milligrams or 80 milligrams into the knee and that’s really a reflection of perspective of treating physician, much less about tailoring to patient need. So there’s a bit of one-size-fits-all, Zilretta® is 32 milligrams of the active ingredient triamcinolone acetonide which we find particularly appealing because we’re using a lower dose but getting better and longer pain relief. Because it’s a steroid, it’s a powerful anti-inflammatory and in fact we think that’s what is happening pharmacologically that you inject the steroid, the steroid suppresses the underlying inflammation in the joint that causes pain and to the extent that it provides substantial suppression of inflammation that translates directly into substantial pain relief.

Neal: What about side effects and effects on the liver?

Dr Clayman: Well it turns out, one of the advantages of an extended-release steroid injection into the knee joint like Zilretta® is that it slowly pays out the steroid from the formulation in the joint. The joint is only a couple of teaspoon fulls in volume and so you don’t need much drug in the joint, absolute drug in the joint to create an effective concentration. That drug, once free in the joint and moves into the bloodstream but it moves in the bloodstream at very low levels, fashionably low systemic exposures. That in contrast to the standard steroid injections which are not formulated for extended release so you put the full 40 milligram dose in there and within an hour to days, the drug has left the joint and what that translates into is substantial plasma concentrations associated with the standard steroid injections and what that then translates into is hyperglycemia in diabetics. So a diabetic patient and 20% of patients with osteoarthritis have diabetes who gets an immediate release, a standard steroid injection and then has that steroid flood into the bloodstream, that steroid will affect, will counteract the action of insulin and that becomes the basis for substantial increases in blood sugar and we did a head-to-head trial of Zilretta® compared to the standard steroid and we showed that we largely avoid that  hyperglycemia, a reflection of very limited plasma exposures in fact where our peak plasma exposure is about 118th what is seen with the standard steroid preparation so that’s kind of that’s an addition to what we believe are substantial efficacy advantages in the diabetic population that this has the potential to confer additional benefit.

Neal: So in wrapping up, it looks like though Flexion touched on something that could really be greatly beneficial across the board, not only with musculoskeletal pain but with several types of pain without the use of opioids.

Dr Clayman: Well certainly that is our focus and we are right now we’re approved for treatment in knee we’re doing studies in hip and shoulder to expand the label for this and I know we don’t  have all the time in the world but we are also very excited about our gene therapy as you mentioned up front, that has the potential, the potential in its early days but based on the animal studies to absolutely shift the paradigm in the treatment of patients with osteoarthritis and maybe I’ll ask that you invite us back and we’ll talk about gene therapy the next time.

Neal: Absolutely, it would be a pleasure. I thank you for taking the time this morning, like I said a lot to cover in a little bit of time but as you said we’ll get you back and talk a lot more about Flexion and what’s going on there at Flexion. Thank you so much Mike for coming in this morning.

Neal: And I’d like to give our listeners a website where we can go and get some more information about Flexion.