Get Organized With The Get It Together Girl 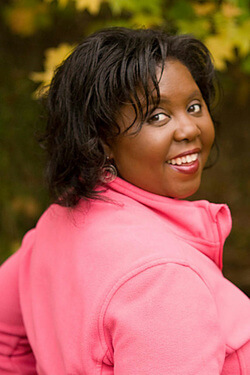 Presenter: Neal Howard
Guest: Karyn Beach
Guest Bio:  Karyn Beach is passionate about helping people live their best lives now, Karyn doesn’t just talk about that, she lives it.  She is a game show winner, produced screenplay writer, self-published author, and world traveler who can share how to achieve dreams now … not when the kids are grown, but NOW!  Get It Together Girl is Karyn’s radio show, series of workbooks and workshops devoted to helping busy professional women (and men), ‘get it together’.

Neal Howard: Hello you’re listening to Health Professional Radio. I’m your host Neal Howard, so glad that you could join us today. Getting it together and keeping it together, it’s one of the most important things that we should be focusing on in our everyday lives but it’s something that, sometimes it’s often a lot easier said than done. It causes lots of stress, we’re looking for ways to release stress on daily basis and we know that stress contributes to a lot of other ailments some of which that we’re not quite ready to take on yet. Our guest in studio today is Karyn Beach, also known as the “Get It Together Girl.” She’s an expert in getting it together and teaching busy professionals how to get organized and stay. How are you doing today Karyn?

Karyn Beach: I’m doing wonderful Neal. How are you?

N: Thank you so much for returning. And you know when we were here before, we were talking about some of the basics in getting it together and keeping it together. We also talked about how a little organization goes a long way in relieving stress thereby reducing our visits to our busy healthcare professionals. You’ve got a quite a busy schedules yourself, as you self-published four books, you’re a radio talk show host, a blog talk radio host on Get It Together Girl radio, you’re also a game show winner. Could you talk a little bit about winning a game show? It must have been a hugely exciting.

K: Well Neal, I’ve always had a natural sense of curiosity and wonder and so what that means is I have amassed a whole lot of useless information in a form of trivia. And I always said I wanted to go on a game show but I never wanted to go in Jeopardy because my requirements were that I have to be the only guest and if I had multiple choice questions I kind of figure out some of the answers if they got difficult. So I was watching one of my favorite shows in 2007 and it was “Who wants to be A Millionaire” and on a commercial break they said they were going to be in Charlotte for a day doing audition. So I said “Well here is my chance. I’m gonna go.” I talked to my boss the next day, told her I’d be in late. And she said she was gonna go with me but then work came up and she didn’t go but I did. And they ended up calling me back and Labor Day Weekend went up to New York and recorded my episode.

N: Great. Now you say you’ve amassed this huge amount of useless information, just kind of floating around in your head with no real use.

N: Did you have to put your organizational skills to use just to audition and thereby becoming a participant? How much organization was involved in that and did you learn some new things as it result of working with the cast and crew?

K: I didn’t really learn new things on the show but in order to get there, I figured that early bird gets the worm. And this is one thing I do that a lot of people have problems with. If I need to, I get up early. And everybody said “Oh I can never get up early.” But if you want to save and add an hour to your day, get up 30 minutes earlier go to bed 30 minutes later. And although the auditions weren’t supposed to start till 8, I was there in line and I was number 48 by 6 in the morning.

N: So that showed a little bit get up and go.

K: So I was there at first and I went in to the first round of people that took the test and then spoke to the producer, if you passed the test and I was at work by like 10:30.

N: And you had organized your morning the night before.

N: You know exactly what you was gonna do and…

K: I mean, and before I went I knew what I was gonna wear. I had printed out the directions and knew where to park so I was ready because I might get up early but my brain’s still not working that early (chuckles). So…

N: A lot of above and beyond due diligence, not just laying your clothes out and things of that nature but you actually knew where you were going to park. You have all of this well in your subconscious mind before you ever went out to actually go on audition.

K: Well when they said where was that, I realized it was downtown. And I’m one those people that hate to driving downtown because you get on one street then you can’t turn left for like five blocks or whatever. So I said, “Okay what’s the closest parking lot to where I’m gonna be?” And I got directions to that.

K: So it involved a little bit of thinking but it paid off very well.

K: When I talk about the “focused 15,” that is the crux of my organization book. And for 15 minutes you’re going to devote yourself to this one task and I call it ‘a focused 15’ because it’s the opposite of a ‘multi-tasking 15.’

K: People think that they’re masters of multitasking but there are horror stories that abound about people trying to do too many things at once. So if you can do this for 15 minutes, you will be surprised at how much you get done.

N: So it’s just focusing for just 15 minutes on one thing and I guess for some of us the urge to put that to the side a few minutes and go do something else and come back to it or is that sort of thing is absolutely out? We don’t want to do that, when we’re engaged on /a focus 15.’ Now this is something that we’re supposed to do on a daily basis until it becomes back at nature or just something on I need to do?

K: Well in my home organization book, it goes over 28 days period, four weeks. And so Monday thru Friday I give a ‘get it together’ tip. And for that day, you’re doing whatever I’ve set out for 15 minutes.

N: Okay and there’s something tangible that your conscious and your subconscious can focus it on and letting you know that you’ve done something, you’ve achieved a goal and you didn’t let it go array, you just kept it organized …

N: Oh okay, so not really thinking too much about the task. Actually getting into it and not dreading it or trying to have some kind of preconceived notion of how it supposed to end. Just actually getting into, getting hands on and getting it done. And you’re surprised at how fast the time goes, is that what I’m hearing you say?

K: That’s exactly what I’m saying, because if you say “Oh I need two hours to get organized. Or I need an hour to do this” you’re gonna talk to yourself out of it. But if you just stay 15 minutes, you can probably do that.

K: Yeah, I mean you kind a giving your permission to do a little bit. Just like if you’ve ever have a kid that doesn’t want to eat something.

K: You tell them to eat the whole thing.

N: Now in listening to your talk and as you’re talking about small things that make big differences, you produces small workbooks instead of the longer ‘how to’ books – is it a fair assumption to say that you put a lot of information into this small packages for that particular reason?

K: My workbooks and my workshops emphasize the first four letters of both those things.

K: Because you’re gonna work. I never understood why there would be a 200 page book on getting organized.

N: Okay. Do you find that your workshops, your workbooks and your techniques, can apply when trying to get our kids started on a healthy regimen of organization that can last them a lifetime?

K: I don’t have kids but I know that most of my readers do so before I put any of my ‘Get It Together Girl’ Workbooks out, I give it to a team of moms, good friends of mine, who have everything from a couple of toddlers to teenagers. And I ask them “Is this workable? Does this work for you?” And one of the things about kids is if you give them clear directives, they can do this too. The “focused 15” isn’t just for you – take 15 minutes, put some music on, set that kitchen timer and “You, you’re goanna clean your room for 15 minutes. You, you’re gonna clean your rooms for 15minutes. I’m gonna work on the living room and or hey let’s find some homeless for your homeless.” Where you goanna put your backpack at the end of the day? Where you goanna put your glasses? Or what are you goanna wear tomorrow? And getting kids engaged, number one because our parents shouldn’t be doing all the work. And then also, teaching them these habits early on.

N: Okay. So I guess this it’s a good Idea for parents to finally get in touch with themselves and find out what’s their level of organization is before they even attempt to try and teach it to the children.

K: Right. And a little, like I said a little organization goes along way. You don’t have to be perfectly organized to see a difference.

N: Great. So those small things can make really, really huge differences when it comes to getting organized.

N: You’ve been listening to Health Professional Radio. I’m your host Neal Howard. It’s been a pleasure to talk with Karyn Beach in studio today, also known as the “Get It Together Girl.” She’s an expert in organization, teaching busy professional both men and women to get it together using what they have, where they are in order to maintain an organized lifestyle, whether it be on personal level or business level. And thereby reducing a lot of the stress that we all face on a daily basis. A lot of them which is just totally unnecessary if we were to just well, get it together. It’s been great having you here with us today Karyn.

K: It’s been great talking to you Neal.

N: Transcripts of this program are available at hpr.fm and also at healthprofessionalradio.com.au.