Alzheimer’s Effect On The Family [Interview][Transcript] 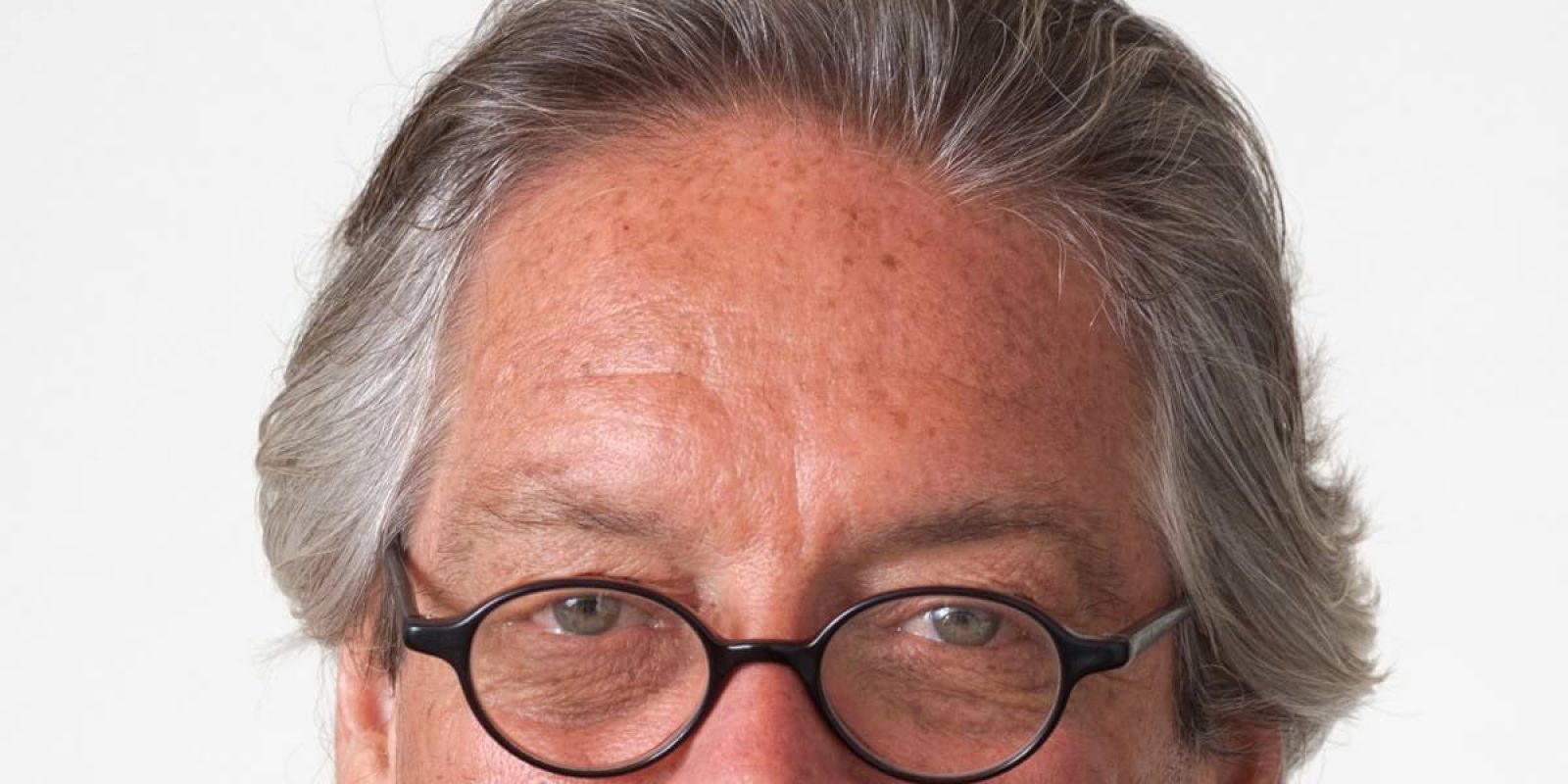 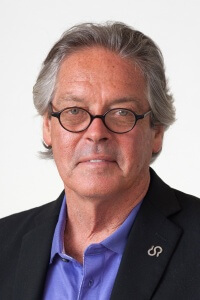 Guest: Greg O’Brien
Presenter: Neal Howard
Guest Bio: Greg O’Brien was diagnosed with younger-onset Alzheimer’s disease in 2009 at age 59. Greg has more than 35 years of experience as a writer, editor, investigative reporter and publisher. Greg is the editor/author of several books including “On Pluto: Inside the Mind of Alzheimer’s.” He has been featured in the documentary film, “Living with Alzheimer’s: A Place Called Pluto,” and is currently contributing a regular column to the Huffington Post and Psychology Today.

Segment overview: Greg O’Brien, an award winning investigative reporter, who was diagnosed in 2009 with early onset Alzheimer’s, talks about living with Alzheimer’s and the effect it has had on his family.

Neal Howard: Hello, welcome to Health Professional Radio. I’m your host Neal Howard, thank you for joining us today. Our guess in studio today is Mr. Greg O’Brien. Now Greg has spoken across the country about his experience living with Alzheimer’s disease. He’s spoken at events including the Alzheimer’s Association Massachusetts, New Hampshire Chapter that’s right there in his community. He’s also been featured in the documentary film Living with Alzheimer’s: A Place Called Pluto. Greg’s got more than 35 years’ experience as a Writer, Editor, Investigative Reporter and a Publisher. His latest book is called ‘On Pluto: Inside the Mind of Alzheimer’s.’ Welcome to Health Professional Radio Greg.

Greg O’Brien: Thank you, it’s an honor to be with you.

N: Thank you. As someone living with Alzheimer’s, talk about the fact that you’re not 85, you’re not 90 years old, you’re not even 70 and you were diagnosed at the age of 59 back in 2009. Talk about learning about your diagnosis.

G: Yeah, the first thing that I’d like to say and I always say this is that there’s a stereotype of Alzheimer’s which is not accurate and the doctors will tell you about, the experts “You’re 85 years old, you’re in a nursing home and you’re gonna die.” And aren’t we all? The disease will take 20 to 25 years to run its course, it’s like having a level of your brain shaved, watching the grass grow, watching paint dry and a lot of people can’t see the grass grow and paint dry but they look at it and they see after it’s grown and dried and that’s the painful journey of Alzheimer’s and the doctors also say that the pathology can start in your 40s, coming together at plaques and tangles. So now that I said that I just forgot your question so I should stay focused here. Tell me your question again.

G: It’s okay to laugh. You got to, the other day I put my wife open the dishwasher and that my business cards were in the dishwasher because my brain told me that they were dirty and I need to wash them. So you gotta laugh.

N: Gotta have a sense of humor, yeah?

G: If you don’t have a sense of humor about struggles in life whether it’s Alzheimer’s or a death in the family, broken marriage, a disease, then the enemy owns you.

G: And you gotta fight and fight back with humor.

N: Well my question initially was I want you to describe what was going through your mind when you were diagnosed with Alzheimer’s? Any diagnosis of a major disease is a shock to the system but you’re 59 and you’re a publisher, it’s your passion. What went through your mind?

G: Well I had a front row seat and I think the family background is important here. My maternal grandfather died of Alzheimer’s, my mother died of Alzheimer’s, I was her caregiver in Cape Cod, family caregiver, my paternal uncle died of Alzheimer’s, my father before he died was diagnosed with dementia. So as a Journalist, as an observer, I saw up close what this disease was about and started recognizing symptoms, horrific short term memory, rage, seeing things that aren’t there, not recognizing people and familiar places. All of those online symptoms that anyone can look up and they were getting worse and worse and so when I finally, and then I had two serious head injuries that doctors said unmasked the disease in the making. So I finally got the diagnosis, I wasn’t surprised and there was a little, I know this sounds odd, a little relief and knowing the enemy that I was fighting but it’s been an enemy of my family and I had to pull myself out of denial and then you have to tell the people around you. My doctors said I could know anything, I had to turn everything over to my wife and I’m okay with that but it’s like you’re shedding that it’s like, I think of myself sometimes as a centipede and I drop another snicker off the leg of the centipede or drop another shoe and then I needed to tell my clients, all the people I write for, all the people I consult with, so they knew and then I needed to tell my kids and I think that’s what you’re asking right?

N: After the initial shock, did you come out of denial quicker than say your wife or any of other family members, they were going to eventually become caregivers?

G: Yeah, yeah. Again the enemy within and if you’re gonna fight an enemy, you have to know the enemy and have to have strategies in place and once it got to the level where I couldn’t function day to day and anyone who’s listening, this is important advice I think from a layman like me. I sought help and there’s a difference between not remembering where your car is and not remembering that you have a car. A couple of years ago I took the trash to the dump and…we take our stuff to the dump and I turned around and I said “Geez, how do I get home?” and I called my wife, I called my family, son or something like that but I drove a yellow jeep and he was sitting right in front of me and the moment that my brain wouldn’t tell me that that was my car and so if people are like having symptoms like this that impede their day to day life, they should go to an expert, not just a family doctor and they’re wonderful, my best friend is a family doctor. But go to an expert and have a clinical test and if the clinical test indicate that there’s some serious injuries, I mean some serious issues then you go beyond that but my book On Pluto: Inside the Mind of Alzheimer’s is about living with a demon of the disease and because it takes 20 years to run its course, I think strategies are really important to have them placed to fight this disease.

G: Well first of all you should learn about the disease, so you understand it better. Secondly, I as a Journalist, I might have a leg up because I write everything down and you’ll never see me without my MacBook Pro or my iPhone, I take copy as notes of everything, I will email myself up to 40-45 times a day because I’m afraid I’m gonna forget some but it’s a strategy that works for me. The other strategies are being candid with people, so they know what your limitation is and then also and I’m just kind of hitting the high points here, exercise. Geez anyone who’s listening please get your exercise, I don’t care if it’s walking around your house in circles but get exercise and then exercise your brain and so, I go to the gym late in the day, there’s something called Sundowning, people can look that up, it’s when the light changes and it causes more confusion in the brain and then I do that to restart my brain and then I go write for 2 hours or an hour and not that people have to go write but do things to activate the brain, stay involve socially, talk to people. I have this incredible urge now to withdraw but I have to fight that every day because if you withdraw, you go deeper into the black hole of Alzheimer’s.

N: You talked about having a sense of humor, if without a sense of humor then as you say the enemy has you. How can laughter in your opinion be a very powerful, I guess antidote to dementia, the pain, stress, may be even a little bit of guilt sometimes? There’s no telling what type of mental stress that you are under on a daily basis, let alone your family members. Talk about the laughter that has to be a part of your day in order to survive.

G: Well, yeah and when you laugh, again I just cut up a frog in high school so that all the medical background I have but I’ve researched this and laughing releases certain chemicals inside your body that light you up. It’s the same thing like when you go run, they talk I don’t know if it’s endorphin – whatever the word is but it goes right to the brain and sparks the brain and if you can’t laugh at an enemy, the enemy owns you and so my last name O’Brien, I have a very strong Irish humor and you try to find the humor in something but you stay focused on defeating it and there are all sorts of stories that where you look at and you’re able to look back and laugh at it and I think we need to laugh at ourselves in a way that has respect for what we’re doing by just say “Hey, I’m gonna roll through this”.

N: I hear you. Tell me why you wrote the book On Pluto: Inside the Mind of Alzheimer’s?

G: Well, as I said before my maternal grandfather, my mother, my paternal uncle and father all died of the disease and as a Journalist, once I was diagnosed I said “Shame on me, if I don’t start to chronicle the progression of this disease” and wasn’t easy thing to do? No. I had a lot help from a lot of people, some of them New York Time Best Selling Writers, chief among them Lisa Genova who wrote the book Still Alice which I’m sure people know and she also wrote the forward to my book but I felt compelled because in the moment I felt lost, I felt isolated and I felt in writing this it would connect me again and give me focus and it has because you have to fight against losing focus in this world.

N: You’ve been listening to Health Professional Radio, I’m your host Neal Howard. And we’ve been in studio with Mr. Greg O’Brien, Writer, Editor, Investigative Reporter and Publisher who was diagnosed with early onset Alzheimer’s at the age of 59 back in 2009. And he’s been here in studio today talking with us about living with Alzheimer’s, some of the struggles that family members have in taking care of Greg and also about his experiences speaking across the country about living with Alzheimer’s disease at events including the Alzheimer’s Association Massachusetts, New Hampshire Chapter. It’s been great having you here with us today Greg.

G: God bless you. Thank you.