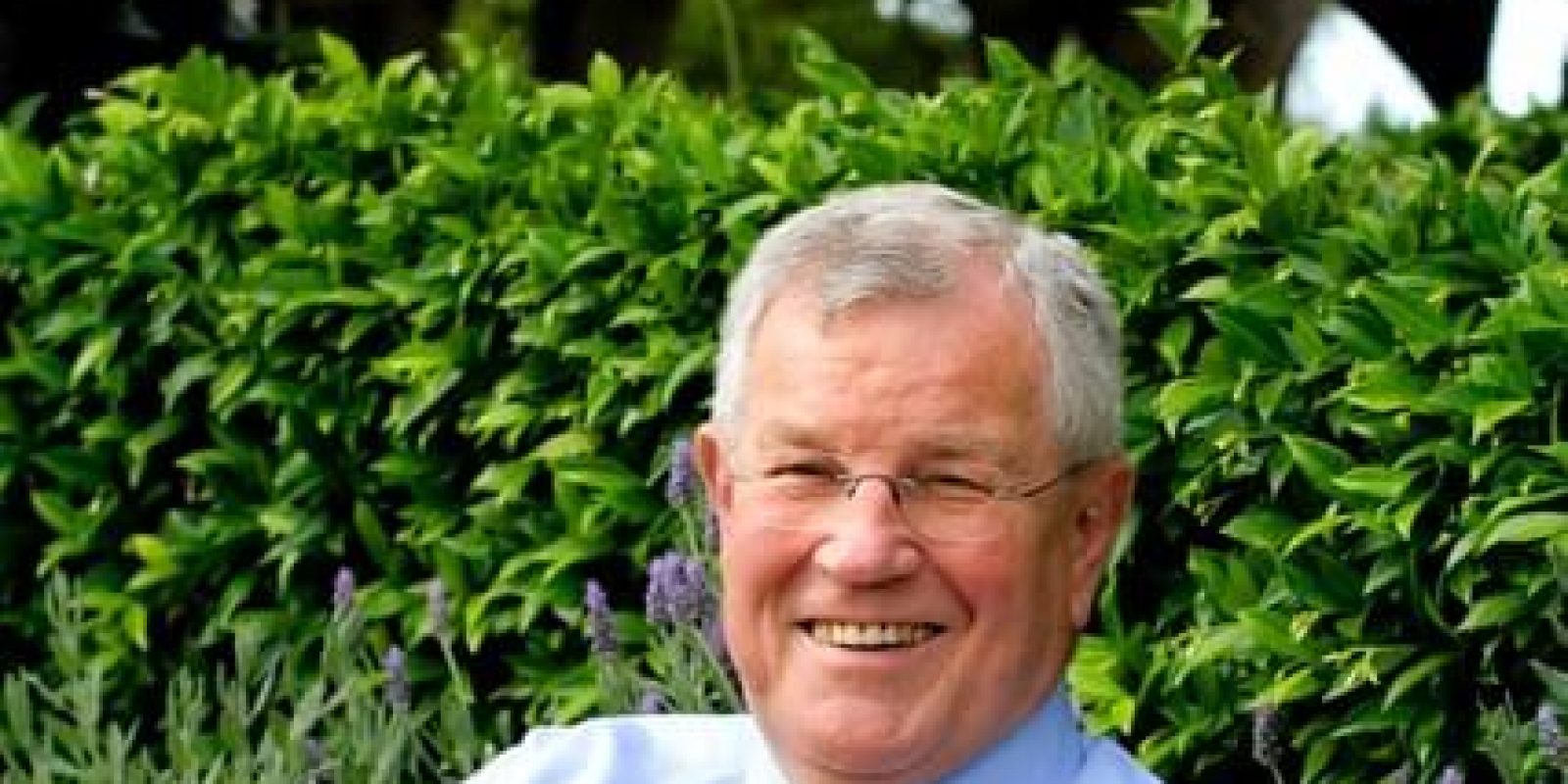 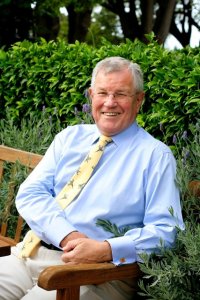 Guest: Professor Terry Bolin
Presenter: Henry Acosta
Guest Bio: Professor Terry Bolin is the President and Founder of The Gut Foundation. He is also an Associate Professor of Medicine at the University of New South Wales and Visiting Physician to the Gastrointestinal Unit at The Prince of Wales Hospital, Sydney, Australia.
Professor Bolin has led the way in regard to community attitudes, medical research and government funding of prevention programs for colorectal cancer. Recent projects have included a bowel cancer awareness campaign, in partnership with the National Rugby League (NRL) and also a bowel cancer research project working with the UNSW Medical school in Port Macquarie. His longstanding interest in education and research relates particularly to lumenal gastroenterology in terms of acid reflux, helicobacter, malabsorption and colorectal cancer. Terry has been involved at the forefront of gastrointestinal research with regard to the small intestine, its milieu and its contribution to such common conditions as irritable bowel syndrome, bacterial overgrowth, lactase deficiency, bowel gas and influences on nutrition. He has published more than 100 research articles in these areas.

Segment overview: In this segment, we are joined by Professor Terry Bolin here to invite interested people to join their live Q&A session on their Facebook page from 12:30pm (AEST) on 28th April. Prof Bolin and a dietician will be answering questions live for an hour online in the Gut Foundation’s official Facebook Page. In this interview he will also be discussing some of the evidence-based treatments for IBS, and to provide advice for people experiencing IBS symptoms.

Henry Acosta: Hi. I’m Henry Acosta reporting in today for Health Professional Radio. On air with us is Professor Terry Bolin. Professor Terry is one of Australia’s leading experts when it comes to the matters of gut and has been with the Gut Foundation since 1983. Did you know that April is IBS Month? IBS stands for Irritable Bowel Syndrome. IBS affects around 20% of Australians and in some shaper form, 1 in 5 of those will experience extreme debilitating symptoms and 2 in 5 will experience moderate symptoms. There’s also interfere with work and social activities. Women are three times more likely than men to experience IBS and it can affect all people of ages. Professor Terry is with us today for the Gut Foundation and helping raise awareness on IBS and what you have to know about it. Hi professor. Thank you for coming in on the show and hope you spread awareness on the issue at hand.

Prof. Terry Bolin: It’s a pleasure. IBS is very common. Affect is about 20% of the population particularly younger people, teenagers and young adults. We outnumbered men about 3 to 1 and usually a long term problem but waxes and wanes of reasons to be done always understand.

H: How did you end up working with the Gut Foundation and with regards to IBS?

T: We began a life just over 30 years ago. We’re talking about bowel cancer which is the commonest internal cancer in the country affecting 55 % men and 45% women. We wanted somebody who is a gastroenterologist to stand up and talk openly about a process of management with other testing feces of blood or doing colonoscopy. And then we’ve gone on from there in the educational area looking at heart burns, coeliac disease, irritable bowel, bowel particular disease and most things that affect the gut and the people want to know more about.

H: Can you tell us a little bit more about yourself and how you got started with becoming a professor?

T: I’m a gastroenterologist and this foundation began when I was Secretary of the Gastroenterological Society of Australia and we wanted some independent body to talk about common problems and not be seen as strolling for work like colonoscopy, somebody quite independent and so we’ve gone on from there. Largely, in the process are in the areas of education but also research. We’re currently doing figurative research in white people become now nourished in later life and that’s true of the fact that under waves absorb all their food properly. If we’re going to intervene on that, then we should make big benefits in terms of the population as they age. Also people want to know about, what other particular disease might be treated and that the prize particularly to IBS. Many people talk patients, “Look. It’s nothing to much worry about. Go away and live with it.”. That as you said earlier, 1 in 5 are quite severely affected. But in terms of their work and social activities and there are many good treatments available that are going to help them. So they shouldn’t accept the advice to do nothing. It might all be in their head, that’s surreal phenomenon.

H: How do we get IBS or what are the causes of it?

T: Well about 25% of foreign episode of gastroenteritis. So that might be something like ‘Bali Belly’ or gastroenteritis in Melbourne or Sydney. It doesn’t matter what the virus or parasite is. It does affect the colon and then moves on but leaves you with the legacy of an organ bowel habit, pain and bloating. It’s always worse in women, usually around the time of their periods. It’s not worse in pregnancy. It’s not caused by stress but it is worse with stress and operations and illnesses might trigger a flare. So there’s a whole variety of problems that might make it worse potentially.

H: What are the other usual symptoms that means you have IBS?

T: You have a change in bowel habits. Either be constipated, or you have diarrhea, or you just have an erratic bowel habit with alternating constipation and diarrhea. Constipation is usually associated with bloating. Bloating can occur anywhere in the abdomen high up, low down, that occurs low down that you might presume that it’s due to fermentation of foods that accumulate during the day. If it occurs early in the day, then it might IBS cirrhosis in the small intestine. We choose sterile and therefore it doesn’t involve fermentable products. The small intestines or IBS fat and caffeine are going to make it worse, with colonic IBS, that’s whether it’s 2 kilograms of bacteria in the bowel. They’re going to ferment food in the steps, the process of the digestion, and ultimately, produce about 25 liters of gas per day. A lot of that, you will reabsorb and expire in your breath. A lot is used by our bad bacteria in the bowel and some will process as wind. But it has moved that gas onwards and that requires muscular activity in the bowel called ‘Motility’. We think that motility is largely under control of the unconscious or autonomic nervous system which also controls the circulation. One new area of the problem with the autonomic nervous system is that, people will complain of cold hands and cysts. That might alert you of the fact, when you shake their hands and notice they have cold hands that they may complain of constipation, irritable bowel, bloating or heartburn.

H: How do you go about treating IBS?

T: We start with the diet. There are things that you should add,and the things you should exclude. Things that you add usually fiber, because many people believe they’re are on a high fiber diet because they eat a lot of salad, that you have to have some grains as breakfast cereal together with fruit and vegetables and you aim to produce a saucy doo day. That’s good indicator of a high fiber diet. But you have to do that relatively slowly and allow the body time to adapt to the increasing fiber. The same with any of the other changes that you made. You will ask about their intake of fat and caffeine, and go through their diet and identify any windy vegetables that might be contributing. It’s the wind that produces pain because it’s trap for motility and that causes the bloating. So you need something that is a pain relief, that’s an antispasmodic. You might buy Buscopan over the counter or Colofac on script. Sometimes people benefit from a very tiny dish of an antidepressant. And then there are other medication, there’s a herbal preparation, called STW5 or Iberogast. It’s been shown to have an effect on the nerves and muscles in the gut. That’s all for the value together with antispasmodics in treating bloating. You want to treat the constipation. So that might involve a laxative, but there are some new laxatives become available or become unavailable that act on the nerves and muscles in the gut and the more predictable than laxatives which coming can be either fast or a feast or a famine. So they are called a, ‘Prucalopride or Resotrans’ and another one coming is called Linaclotide that maybe here next year. So there are always changes coming in the future. You need a GT or gastroenterologist to guide you through changes that might be coming and help you understand, how they’re going to work. You might also need the help of a dietitian, particularly, if you’re going to some dietary change. Like the current FODMAP diet which illuminates a lot of the formidable foods and diet. But that won’t work out in the colon and we have now a faith on the small intestinal irritable bowel.

H: Which is usually the biggest misconception that people always have with regards to IBS?

T: I think they don’t like the diagnosis. They are told by somebody either a friend, or colleague, or the doctor who control it ahead, it’s not. It’s a real physical problem, unfortunately, needs a real physical solution. It may take time to find the right combination of the medications or lifestyle to do that. But you have to be prepared to persist and not to take the easy route out and say, “I can’t do anything about that. I’ll just live with it.”.

H: What’s the main message that you want people to learn about IBS?

T: That it’s common. It’s treatable. And it’s long term and you need somebody who will listen to you and help guide you through the next few years for you might have symptoms of wax and wane. Don’t give up. Get help.

H: For people interested in reaching out to you and maybe finding more about IBS, how can they do that?

T: We’re having a day on the 28th of April, which will be a social media day talking about IBS. They can visit out our website on gutfoundation.com and obtain our booklet on irritable bowel. Then the other booklet if they’re interested about gastrointestinal problems, there is always help available.

H: Awesome. Are there any other events or talks that are coming up that you think people should know about?

T: We’ll also be talking about inflammatory bowel disease later in the year and that’s Colitis. Colitis or Crohn’s disease and they’re both common. Tickly Crohn’s disease which is increasing in prevalence over the last 20 or 30 years. There are some wonderful treatment. So there’s always something happening, always something new and always the option to improve your life.

H: Awesome. That’s all our questions for today and thank you for coming on the show professor.

H: And that was Professor Terry Bolin and we just finished talking about IBS or Irritable Bowel Syndrome. You can find more health related interviews on www.healthprofessionalradio.com.au or on hpr.fm. You can also find us on SoundCloud and iTunes. I’m Henry Acosta for Health Professional Radio.