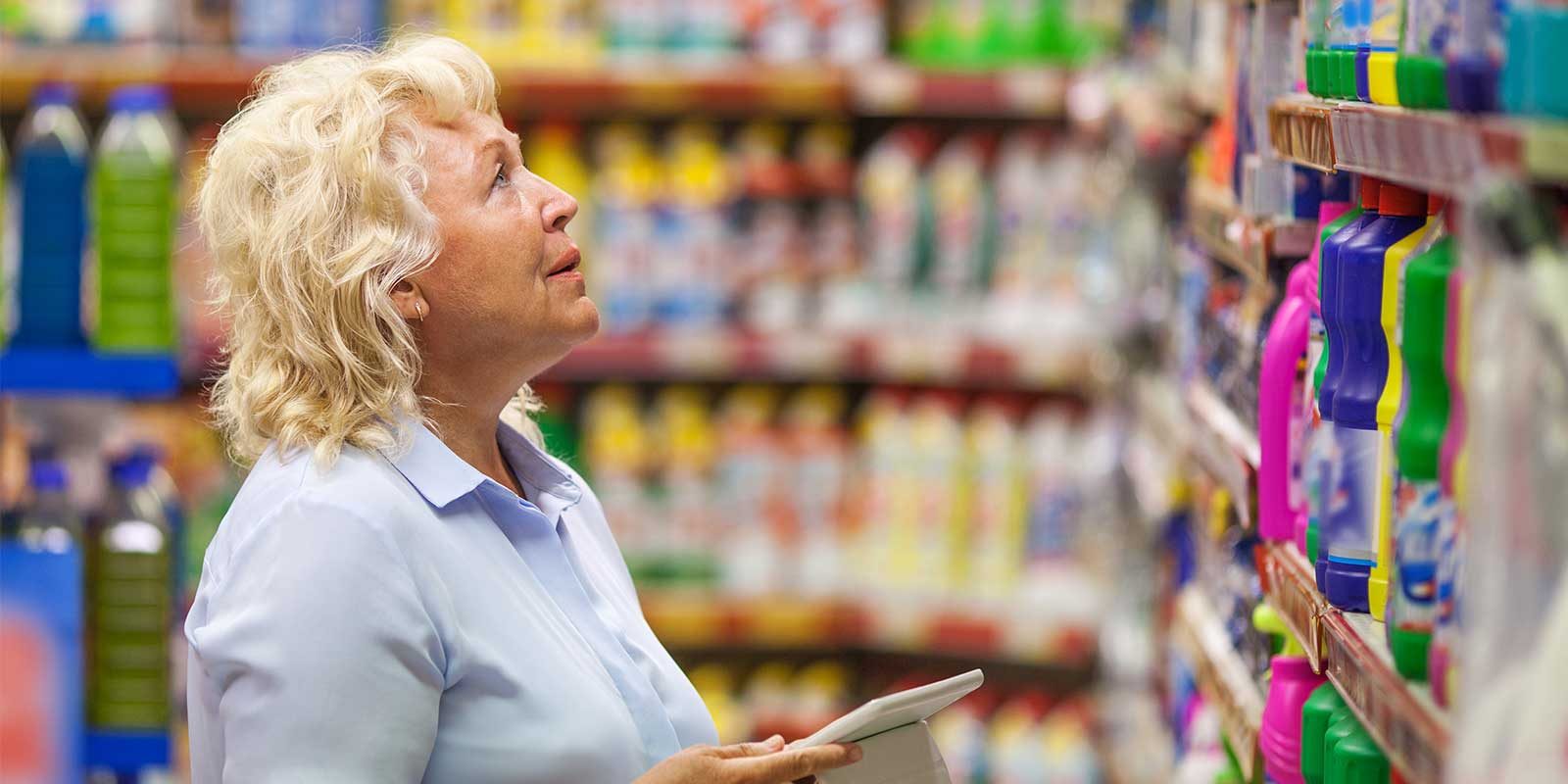 Dr. Marcela Magda Popa discusses her new book, “Keep Away from GRAS: Generally Recognized As Safe“. She draws on her 16 years as a Board Certified Internal Medicine physician and her own experience as a patient suffering from autoimmune arthritis, breast abnormalities, and migraine headaches to raise awareness of the harmful effects that common household products and substances may have on our health.

Marcela Magda Popa, MD is a board-certified internal medicine physician. She graduated in Romania but completed her residency training in the United States.  After 16 years in private practice, her health conditions forced her into early retirement. Once she stopped actively practicing, she was able to research and analyze the suspicions she had formed over the years about GRAS substances. She personally experimented with environmental avoidance and documented her findings for her book. She, her husband, and their fourteen-year-old son currently reside in New Jersey.

Neal Howard: Welcome to the program. I’m Neal Howard here on Health Professional Radio, thank you so much for joining us. Our guest is Dr. Marcella Magda Popa, she’s joining us on the program today to discuss her brand new book ‘Keep Away from GRAS,’ going to draw on her 16 years of the board-certified internal medicine physician and talk about her book and talk about how some of the things that we’re exposed to, just regular household items are harmful to us. Welcome to the program Dr. Popa.

Dr. Marcella Magda Popa: Thank you for having me on your show.

Neal:  Great. Well I did say that you’re a board-certified internal medicine physician, a bit about your background.

Dr Popa:  I graduated to medical school in Romania, then I came to the United States and did the other residency training here and then I was in private practice for about 16 years after I finished my training and then I had to retire because of my autoimmune condition which wasn’t getting any better with the conventional treatment.

Neal: So you’re suffering yourself from an autoimmune condition and you wrote this book ‘Keep Away from GRAS.’ Now GRAS is an acronym right?

Dr Popa: Absolutely. It stands for Generally Recognized As Safe and refers to synthetic chemicals which are included in multiple products that we use every day from cosmetics to medications, to foods, to cleaning products, to any other number of household items. And based on my experience, I don’t really think that they are that safe especially when the added amounts from all these products are probably playing a role in our health.

Neal: We would think that the products that we’re getting from our shelves, as you mentioned, some foods, cosmetics, other over-the-counter health and beauty aids would be safe because they’re being sold to us and we have an FDA and all these other regulatory entities how do we determine what’s safe and was what isn’t and how do we protect ourselves.

Dr Popa: Well I mean, most of the medication especially the prescription one and some of the only carrier ones are regulated by FDA but numerous other products – supplements, vitamins, cosmetics – they’re not really under that strict regulation. They have some things that’s more like recommendations of do not exceed certain limit. These items actually are much under stricter regulation in European Union, in Australia, in Canada, in Japan – not that strict in the United States and that’s why I thought that consumers have to be aware of this fact.

Neal: Why do you think that these regulations are more prevalent in other countries rather than the United States?

Dr Popa: I think it has to do with the way the studies are conducted and not all the studies come up to the same conclusions exactly. The other thing that plays a role in this discrepancy is the fact that I feel that the small amounts that were exposed on a daily basis could add up in time and most of the studies unfortunately are conducted using large amounts and looking for acute thickness, never attained in daily life. They’re something, they’re just used in in the studies and if nothing happens, then the study comes out that were safe.

Neal: So basically they’re looking for something that could not possibly exist in normal everyday use.

Dr Popa: I think avoiding this petroleum-derived ingredient is probably the best way to try to prevent certain conditions because these synthetic chemicals are really involved in numerous reactions in our body. We cannot dispose of them. Some small amounts would stay with us until we die and this is the reason why I think that we’re better off without them and as a matter of fact, there are small companies that developed healthier products and they work just fine, proving that we don’t really need these synthetic chemicals in all the products. I mean we might need them in some medications or some other items which without them, would be unable to be produced. But in the cosmetics, in the foods, in household cleaning products, in other household items – we don’t really need them.

Dr Popa:  I think that the fact that the supplements are not regulated, it means that you don’t really know what’s inside them, how much of the active ingredient that they’re supposed to have, what else they have – is what they call inactive ingredient. They all play a part into this manufacturing process and I think some manufacturers do stand by their product and they use the amount that they state on the labels while others don’t. But some of the ingredients are a bit misleading, for instance you would see capsules and supplements included in capsules which are called ‘veggie capsules’ but some of this, most of these veggie capsules are actually produced by reacting cellulose fibres with a chemical called propylene oxide. So they’re not really vegetable capsules. And sometimes in brackets, you would see the chemical name of it which is the … hydroxypropyl methylcellulose, so that’s really not a veggie capsule in my opinion.

Neal: So basically they they are kind of disguising themselves as a trusted regulated item when actually they’re not. Or they’re misleading the public, as you say, by saying something is a veggie based coating on a tablet when it’s actually not. I guess there are lots of things that are like that – in aerosol, sprays and toothpaste – are we talking pretty much everything that we could find in our kitchens or bathrooms?

Dr Popa: Yes. Conventional products have multiple ingredients which are synthetic. Most of them are petroleum derivatives and obviously I think of them as unhealthy and I wouldn’t have thought that unless I had these conditions that actually made me notice very unusual joint symptoms when exposed to certain creams. That’s how it all started. And of course initially, I dismissed the idea, I said “It can’t be. I’m going crazy.” But actually the pattern repeated itself and later on I did my research in literature and I found out that it could be. I eliminated them from use and things got better, not 100% better, not completely better. Some days are worse than others but certain symptoms definitely improved.

Neal: You wrote this book keep away from GRAS – generally recognized as safe. I know that you wrote the book to get the word out about some of these products but how much of your personal experience goes into this book it started? With you noticing difficulty when exposed to certain creams, is this book all about your experiences and how you want others to avoid the same problems?

Dr Popa: It’s about my experience but after I did my research, I actually realized there were patients of mine that complained of similar unusual symptoms which I couldn’t associate with any of the medicines they were taking or any of the products they were using. I had a feeling that maybe some of inactive ingredients in the medication will cause their symptoms but at that time I couldn’t point out which one. The medical field doesn’t really look at this inactive ingredients beyond probably allergic reactions so it’s very hard to, as a physician, it’s very hard to know about this and to point out what’s triggering a certain reaction which is unusual. So it wasn’t just me, there were a lot more people complaining about it and that’s why I figured if I spread out the word, other people who were unaware of this possibility may come forward and say “Hey, this happened to me.”

Neal: Where’s our listeners get a copy of your book.

Dr Popa: Sure. The book is available on Amazon as print or in the Kindle version and I also have a website which is called marcelamagdapopamd.com and the website only has information I think that people who are interested could look at and discuss what I talk about with their physicians, make some changes if their advice also to do so. And after I finished the book, I do have some additional observations and I wrote some blog articles. Maybe I’ll write a second edition, maybe not, but for the time being the website it’s a good way to get in touch with me, to read additional information and hopefully some people will get some of the benefits that I talked about.

Neal: Well I thank you for joining us today Dr. Popa.

Dr Popa: Thank you for having me on your show.

Neal: You’ve been listening to Health Professional Radio, I’m your host Neal Howard. Transcripts and audio of this program are available at hpr.fm and healthprofessionalradio.com.au. You can also subscribe to this podcast on iTunes, listen in and download at SoundCloud and be sure and visit our Affiliate Page at hpr.fm