Health Management and the C-Suite Executive 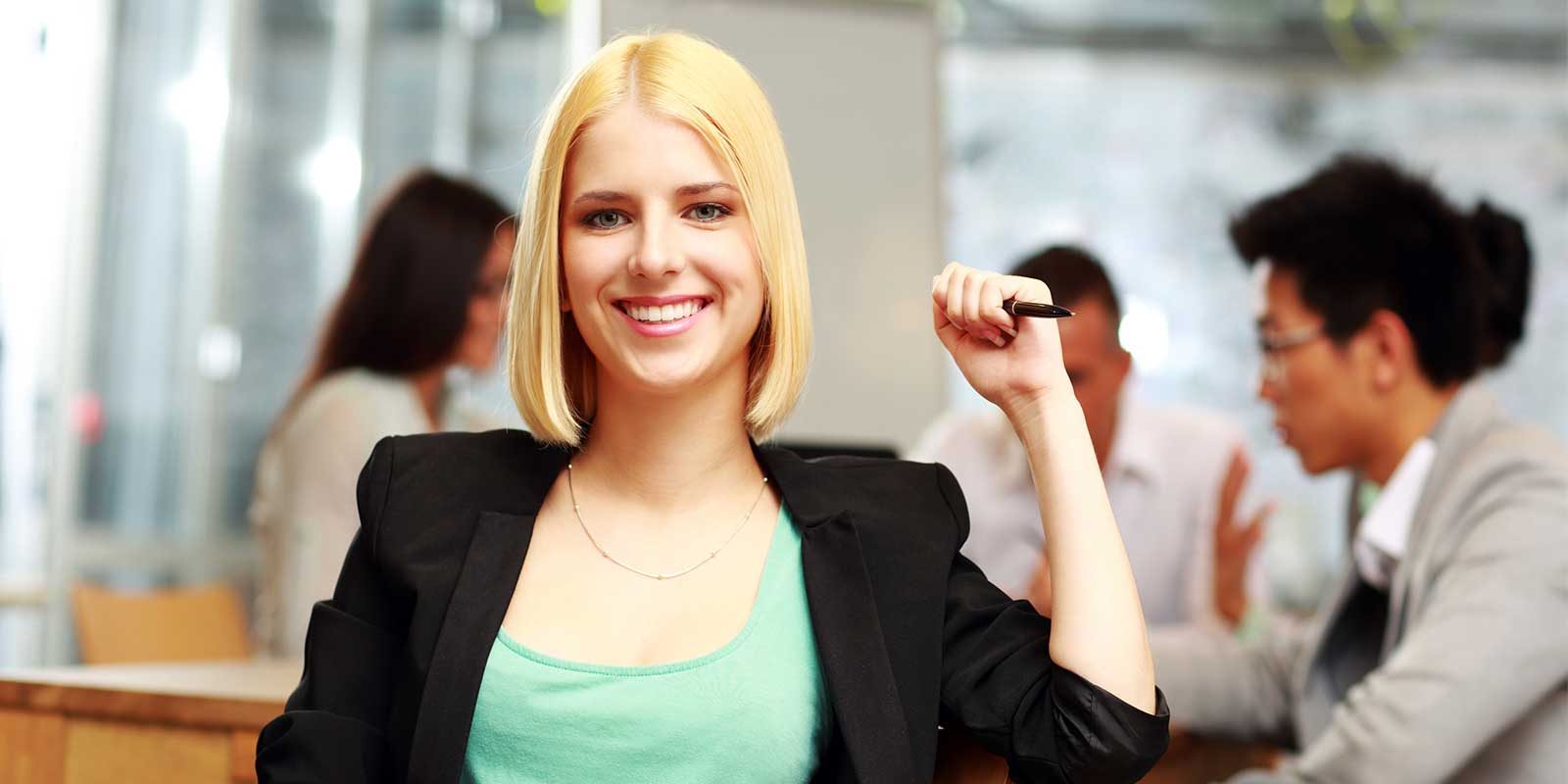 Brenda Doherty, Partner at Buffkin / Baker, an executive search agency, who specializes in securing C-Suite leaders for hospitals and healthcare systems, discusses a gap in leadership when it comes to health management – especially concerning issues of ageism and women in the executive seat. She talks about her outlook on this recent shift and what women can do about it, why she is refocusing her efforts to the boardroom, and how outside players getting into healthcare will influence C-Suite decisions.

Brenda Doherty serves as Partner, Head of the Healthcare Provider Practice in the Washington DC office. She leads client engagements and is actively involved in expanding the practice. Ms. Doherty spent the last 10 years, securing leadership talent for hospitals, healthcare systems, long term care, senior living, and healthcare associations. She specializes in placement of CEOs, COOs, CNOs, Chief Marketing Officers, CFOs and executive leadership in the for profit and nonprofit organizations. Ms. Doherty holds a Master of Science Degree from the University of Maryland. She lives in Alexandria, VA and serves on the Board of The Carpenter’s Shelter, Northern VA’s largest homeless shelter.

Neal Howard: Welcome to the program. I’m your host Neal Howard here on Health Professional Radio, thank you for joining us today. Our guest is Brenda Doherty, she’s a partner at Buffkin Baker. Buffkin Baker is an executive search agency that specializes in securing C-suite leaders for hospitals and healthcare systems. She’s going to discuss with us today a gap in leadership when it comes to health management especially concerning issues of ageism and women in the executive seat. Welcome to the program Brenda.

Brenda Doherty: Thank you for having me.

Neal: Great, glad that you could take the time and join us. First of all, give us a little bit of background about yourself and then explain to our listeners what a c-suite executive is.

Brenda: Of course. My background, I actually started my career as a nurse and had career progression into leadership positions, operational positions in healthcare both public and for-profit organizations. That career, I became a search consultant and have been in the role of searching and finding executives for the healthcare space exclusively since.

Neal: So a c-suite executive, what type of executive is that?

Neal: And their titles seem to start with C, I guess that’s where the c-suite comes from?

Brenda: Indeed, it does.

Neal: What are some of the most, I guess sought-after positions for these C-suite Candidates? And are these positions the same for men as it is for women?

Brenda: It’s an interesting question Neal and I guess the overall response is ‘yes.’ Are they the same for men and women? But they’re really driven and influenced by as I said earlier the clinical track one has chosen. For a doctor, it could be chief medical officer, chief quality officer. For a nurse it could be chief nursing officer or it could be and is becoming more and more these days, chief operating officers and hopefully chief executive officers. So the one constant is the ultimate role for both male and females is CEO. What is different though is in healthcare, the experiences and the opportunities given to build a career that ultimately ends in a CEO position is different for males and females.

Neal: How is it different and what are people doing in order to kind of close this gap?

Brenda: Well I think it’s different for a number of reasons. First, what motivate males and females to executive roles, how they lead and then most importantly as I said, what opportunities they have had to build a career and a track record. And all of this is not an easy answer Neal. All this is influenced by social structures and practices where men have historically held the dominant roles. You really just cannot take gender roles out of historic Context. Male dominance and female subordination are really the result of economic, social, religious and cultural influences and these have been going on for much of human history. So it’s all evolving but remember women have and they continue to get it done and I think in healthcare it’s interesting even though you still see most of CEOs are male but in modern hospitals, the Catholic Church was really the originator of such and notably they were all operated by nuns so it’s a complex answer to what should be a simple question. But there is not gender parity at the C level and particularly at the CEO level.

Neal: Do you think that it’s that may be the responsibility of healthcare to be the leader of closing this gap? And do you think that that would happen in the healthcare industry in the next few years or are we talking 30-40 years out?

Brenda: I think it’s a changing landscape Neal but it’s not changing as fast as many of us would like to see. I think there was a study that was conducted by Rock Health and they just queried female healthcare workers and they found that most of them believed it would take 25 years or longer to achieve gender parity but the change is slow. I don’t think that healthcare is essentially any different than any other industry in terms of providing opportunities for female leaders and so I don’t think that that is necessarily different. But it is changing, it’s just changing slower than one would hope.

Neal: You mentioned several factors – religious, socio, economic – aren’t those prejudices preconceived notions? Aren’t they present when recruiters are looking to hire for executive roles whether that recruiter be a male or female?

Brenda: That’s a hard question to answer. I mean are social as part of the human condition, I think recruiters really try very hard to work beyond those biases and really recruit based on hard data, experience, P&L responsibility, results, results, results. I think when you are able to really look at the hard data that helps in terms of managing biases of any nature, I think though that what really does influence this more than anything and it’s often ‘a chicken and the egg’ Neal, is to get gender parity, to get diversity in any executive team, it really has to be driven by the board and the executives that are currently on in these roles. And unless you have females, the more females you have on the board, the more female CEOs you’ll see. And the more CEOs there are female, the more female board members you will see. So it it is ‘a chicken and the egg’ but I think there are things that can be done and in order to push this forward in a more successful and faster way. In terms of the board, first you really have to have socially or work with mandate to the board that you have a certain number of female represented on the board. Secondly, is that stockholders can pressure companies and I think when we talk about quotas or percentages that are required, I believe that Norway actually does this where they require and have quotas for female board members. It starts by making it an issue, by identifying that we need female leaders and then it starts by sponsoring, mentoring, training and developing them. And then it is insisting that search firms bring diversity in terms of candidate slates. And then it may also require that boards bonus existing executives on prioritizing diversity and meeting diversity goals so nothing really changes behavior including gender and balance like financial incentive. The message that’s most important a personally to send and professionally, is that I think these changes in order to promote female leaders in every aspect of industry is that it really begins at the cradle. And from the time of infancy, you have to instill through daily and repeated messaging that they’re smart, that they’re strong and that they’re leaders. And I think that when you do that, that’s when you’ll see a different generation that will appear and will be the leaders of tomorrow.

Neal: It makes perfect sense. Well thank you so much and I’m hoping to talk with you again in the future

Brenda: Neal, it was a pleasure. Thank you.

Neal: You’ve been listening to Health Professional Radio, I’m your host Neal Howard. Transcripts and audio of the program are available at hpr.fm and healthprofessionalradio.com.au. You can also subscribe to this podcast on iTunes, listen in and download at SoundCloud and visit our Affiliate Page at hpr.fm