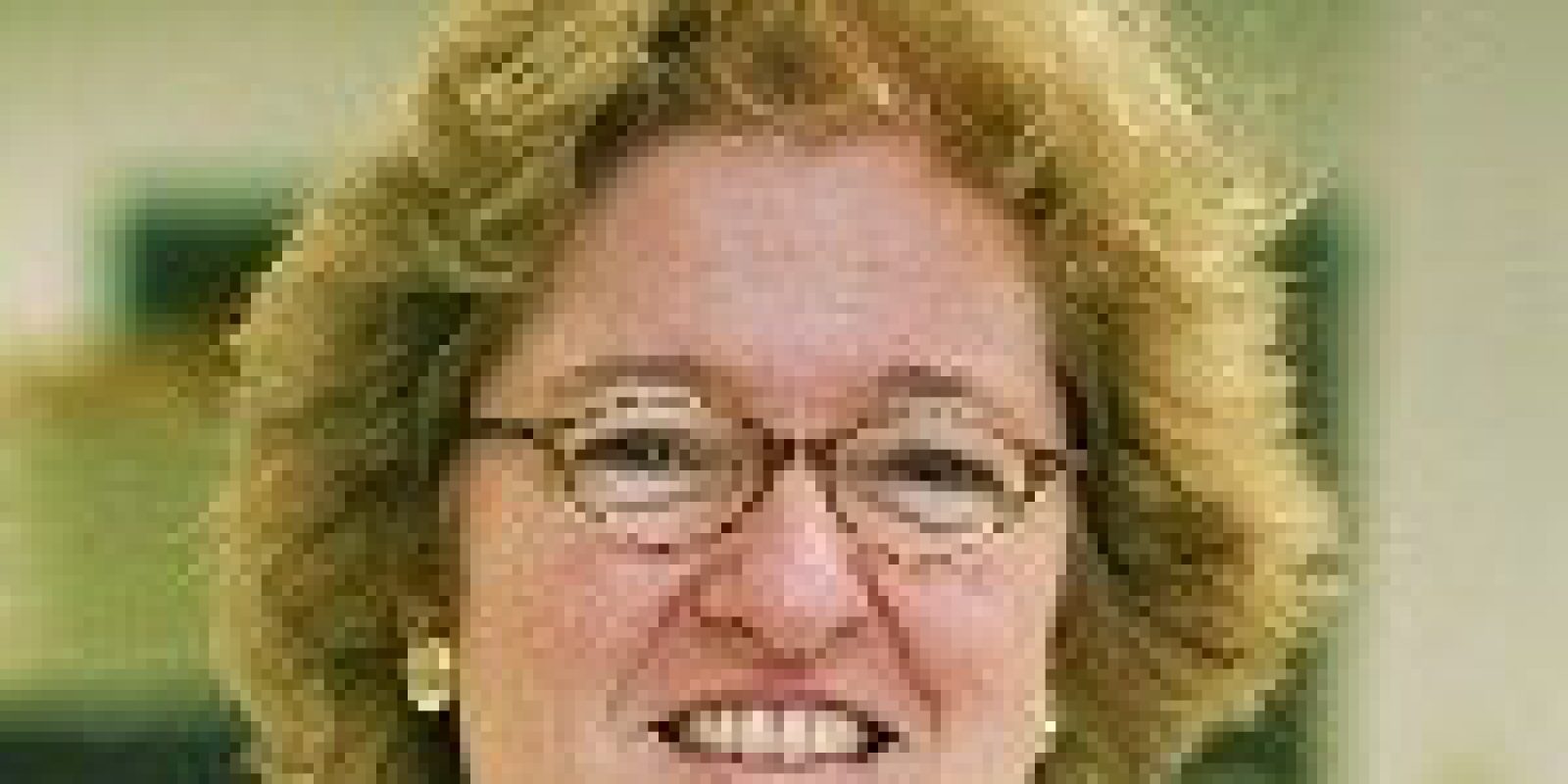 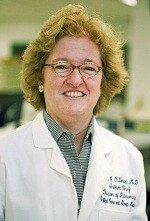 Neal Howard: Hello and welcome to Health Professional Radio, I’m your host Neal Howard. Thank you for joining us today here on the program. Our guest is returning to speak with us, Dr. Anne O’Donnell, she’s the Division Chief of Pulmonary Medicine, Critical Care, and Sleep Medicine and she’s also the Medical Director of the Sleep Disorders Center at Georgetown University. And she’s returning to talk with us about some late stage options for those who are suffering with NCFB. Welcome back to the program Dr. O’Donnell.

N: Thank you. Now, we were before talking about the NCFB. Could you give us a little bit of background about yourself and what tell what NCFB is?

D: Sure. NCFB is non-cystic fibrosis bronchiectasis, basically it’s a term that describes the clinical syndrome of bronchiectasis and patients who don’t have it due to cystic fibrosis. I’ve been doing research on this disease for a number of years, it’s a relatively low frequency disease that something that’s being recognized with increasing numbers of patients in the US and really worldwide. Probably because the disease is actually increasing in frequency and also because we have better tools to confirm the diagnosis.

N: Is there a place or one specific location either in the United States or say worldwide that seems to be more susceptible for cases of NCFB?

D: In the United States it does appear to be something that’s found in all 50 States, but there are certain hotspots, for example Hawaii and also Coastal US, both East and West Coast seem to have a higher prevalence on this disease. And then around the world there are Asian countries have, and really Northern and Southern Europe are also areas where this disease is seen with some frequency.

N: Do you think that the, you mentioned Coastal areas, having to do with the moisture in the air or anything like that? Maybe complicating what is already as you described in the other segments, as a disorder or an abnormality that seems to be genetic?

D: Yes, I know some patients have it for genetic reasons but many other patients have this disease for reasons that we can’t diagnose or we don’t actually know what triggered it. Probably the most common causes, some sort of infections several years prior to the onset of the bronchiectasis. But it does appear that the infections that complicate bronchiectasis may have some predisposition for areas with higher humidity so hence Hawaii, and coastal, East Coast, West Coast in the US.

N: Does this respiratory disease have any links or sometimes lead to any types of cancers in that area as far as lungs, or the bronchial tubes, or trachea is concerned?

D: It really as far as we know this is not a disease that predisposes patients to cancer. That’s a good news, it’s a chronic disease, cough and mucus production but not something that, especially no really lead to any sort of malignancy.

N: Now you’ve mentioned that these diseases becoming more prevalent, more recognizable. Do you think that there is some reason that it has become of late more noteworthy than before? Are people starting to come forward more, are more diagnoses being made, what do you think?

D: Yes, we don’t really know the answer to that question. Because bronchiectasis is a disease that’s been around since the time of the Hippocrates so people have recognized that for years but since the 1980’s in the US at least there’s been this increase in the diagnosis. It maybe that a truly is increasing in frequency, there’s also easier ways for us to diagnosis it mainly the CT scan, and hence, I think there’s just more diagnoses because people are having more CT scans of their chest so it’s a combination of things.

N: This is a fairly rare chronic respiratory disease. What are the numbers that we are talking about here?

D: Well we think in the US it’s at least 100,000 patients and to put that in some perspective, there’s about 34,000 patients in the US with cystic fibrosis. Although it’s relatively rare, it’s more common than some of the diseases that most people have already heard about. And there’s probably large pockets of patients that have some bronchiectasis that have not been truly identified as having the disease.

N: How much are you involved in getting the word out about the NCFB out to our caregivers who may not be familiar with it at all?

D: Yes, it’s interesting that now the medical meetings particularly in the world of pulmonary medicine, there’s been increasing focus on this disease, so that we’re trying to get the word out to our colleagues who practice pulmonary medicine. We also have several colleagues in our world of research in this disease that are infectious disease specialists so trying to get to word out about how to deal with the infectious complications of bronchiectasis to the … population and solution. And getting it out to the primary care physicians has been an important, though a little bit more challenging aspect of teaching about this disease.

N: Is this something that if identified early, can result in a lot less flare-ups, a lot less discomfort and inconvenience as opposed to dealing with it for several years? Are there late stage options and are those options significantly different than the options available once it’s identified early on?

D: Yes, that’s a great question. Is early diagnosis and an early treatment that’s going to alter the natural history of this disease? And honestly, we don’t know that, simply because we don’t have a sort of lot of information about how this disease progresses. It’s a very heterogeneous disease and that some patients are diagnosed with some bronchiectasis on their CT scan and really never progressed. Whereas other patients, to be … they get infected bacteria like pseudomonas or non-tuberculosis micro bacteria do progress. A relatively slow progression for most over 10-20 years, but we do think that early diagnosis and early intervention probably helps but honestly I can’t prove that scientifically.

N: What are the some of the best late stage options for relief?

D: In terms of late stage, it’s again, really key to know what the bacteria are that are affecting the bronchiectatic airways and so we really emphasize that doing sputum cultures both for routine bacteria and for other infections like micro bacteria and even fungus are really important and hence then you can target antibiotic … of those bugs. Some of the other things in later stage disease that we might consider include surgery particularly if there’s one lobe or one relatively contain part of the lungs. That’s primarily affected and then the worst case scenario even lung transplantation, but that’s rarely needed in this disease.

D: So doing a lung transplant for non-cystic fibrosis bronchiectasis is again to doing it for cystic fibrosis, it’s just that many fewer patients will be eligible for lung transplant because this is the disease of more of the older population. And hence the older group of patients is not eligible for transplant because of their other comorbidities. The type of the infection that our patients get also might influence the potential of being transplanted because they have a very resistant bacteria in their lungs that usually precludes getting a transplant.

N: When we’re talking about infections, when it comes to the immune system does our body try and combat this disorder from now on with antibodies or any other immune defense system? Or is this something that has to be enhanced with treatment 100% of time?

D: There are some patients with this disease who actually do have deficiencies of their immune system. That’s rare, it is probably less than 10% of the bronchiectasis patients in the US actually have an immune deficiency that can be treated with the immune … replacement, and that would help them fight this. Most patients with bronchiectasis do not have a problem with their immune system, if anything their immune system is somewhat revved up, but that is not enough to counteract the effects on the infections and then you really need to focus on the antibiotic treatment aimed at that the particular infection that the patient has.

N: Where can our listeners go and get some more information about some of these late stage options for treating NCFB?

D: Probably, the best places although the coverage is quite general by working in the NIH website at National Heart Lung Institute have a website about bronchiectasis, though our some websites from the Mayo Clinic and National Jewish Health. Our research group, the Bronchiectasis Research Registry which is under the … of the COPD Foundation also has a website. Health Professionals … and the NIH, FABMED, for review articles because there are quite a few on this disease that I think that quite helpful as well.

N: Thanks for talking with us today doctor.

N: You’ve been listening to Health Professional Radio I’m your host Neal Howard. In studio with Dr. Anne O’Donnell, she’s the Division Chief of Pulmonary Medicine, Critical Care and Sleep Medicine also the Medical Director of the Sleep Disorders Center at Georgetown University. Transcripts and audio of this program are available at healthprofessionalradio.co.au and also at hpr.fm. You can subscribe to this podcast on iTunes and listen in and download on SoundCloud.