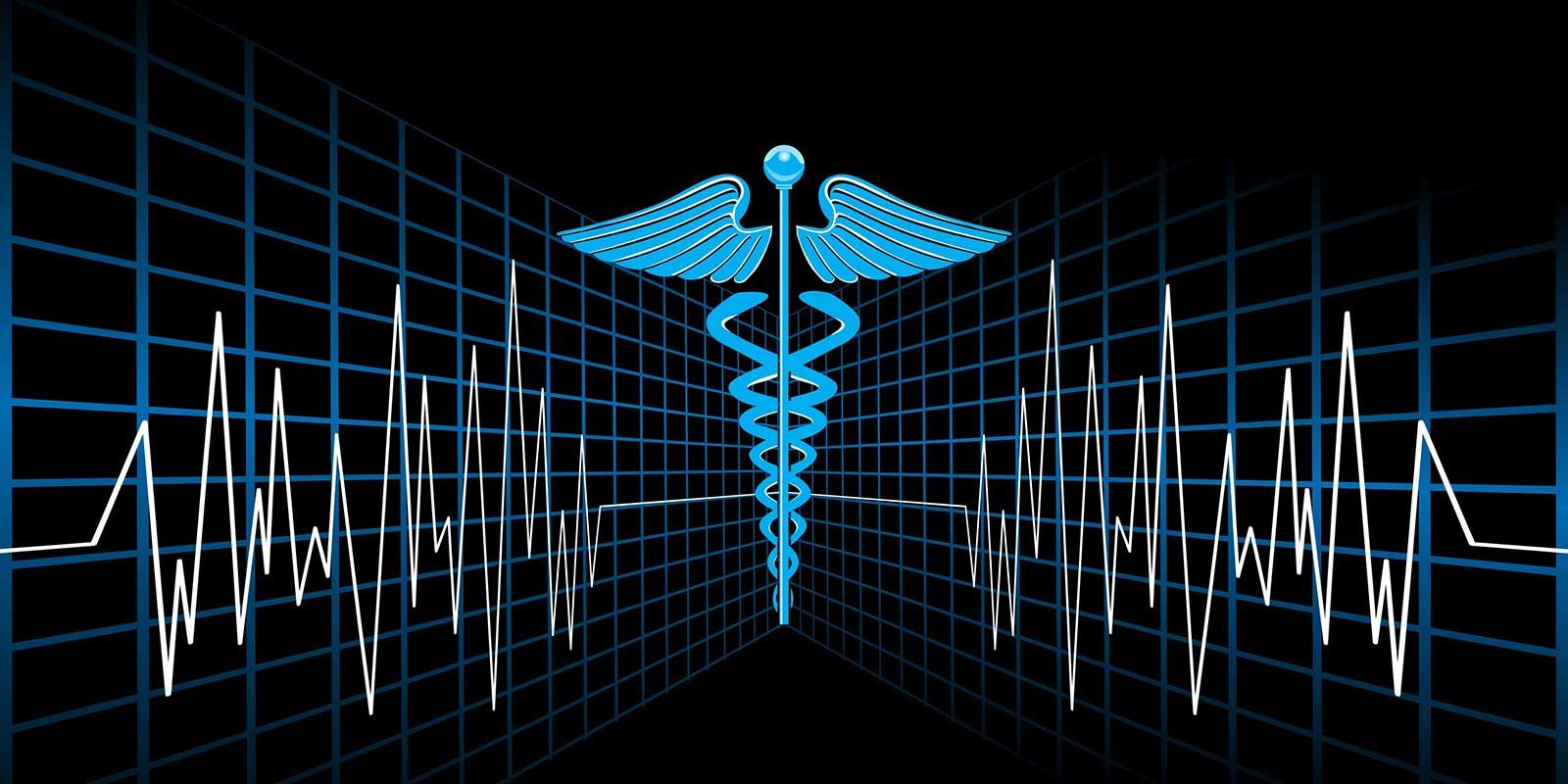 Chris Byrd, Executive Vice President at WEX Health, discusses the growing trend around Health Savings Accounts (HSAs) and healthcare benefits. HSAs are accounts that an individual can open if they have a certain kind of health insurance plan that has a high deductible. An individual can fund that HSA either directly out of pocket or through their employer plan by regular payroll deduction.

Executive Vice President, WEX Health Operations & Corporate Development Officer. Chris Byrd brings more than 25 years of experience in employee benefits and banking to his role at WEX Health. A founder of Evolution Benefits in 2000, Chris played a key role in designing the proprietary architecture for the company’s prepaid benefits card.

He began his career in commercial banking, and prior to 2000, he focused on finance, strategy, and business development for Value Health and two startup healthcare companies. He joined WEX Health in July 2014. Chris, who serves on numerous industry boards, is a frequent speaker on emerging trends in financial services and benefits and is active in industry and government relations. He earned a degree in economics from Brown University.

Neal Howard: Hello and welcome to the program. I’m your host Neal Howard for this Health Supplier Segment here on Health Professional Radio, thank you for joining us. We’re going to have a conversation this morning with Mr. Chris Byrd, Executive VP at WEX Health and he’s joining us on the program today to discuss the growing trend around health savings accounts or HSAs and healthcare benefits. Welcome to the program Chris, how have you been?

Chris Byrd: I’m doing well, thanks for having me Neal.

Neal: Well tell us about WEX. What is WEX Health and what is your role there as executive VP?

Chris: At WEX Health, we help people pay for healthcare either their out-of-pocket expenses or their premiums if they’ve left their employer and they’re on a COBRA plan. And our platform is used by hundreds of organizations across the country who administer employee benefit plans to over 300,000 employers. And ultimately the beneficiaries of these plans on our platform number about 25 million Americans, and I am the chief operating officer here.

Neal: So what is an HSA or health savings account and how does it differ from just putting some money in a shoe boxes and waiting for that leg to break and going to the doctor?

Chris: Now that’s a great question Neal and the answer takes a couple of different forms. First and foremost, a health savings account is an account that an individual can open if they have a certain kind of health insurance plan that has a high deductible. And an individual can fund that health savings account, either directly out of pocket or through their employer plan by regular payroll deduction much the same way that they would fund their contributions to a 401k and that is the most popular method of contributing to these accounts. What makes these different than a shoebox, a couple of things the first and probably the most powerful is that these accounts are triple tax free. And what that means is that the money that you put into these accounts is deducted from your taxable income so it reduces your tax bill. The second is when you use this money down the road for qualified healthcare expenses, that money is not taxed to you in reimbursement, so your withdrawals from the account are not taxed. And the third is that you can save and invest these funds, so you can keep them in a monthly market account and earn interest on them or you can actually invest them in mutual funds stocks bonds and the like, much the same as you would a retirement account. And all of the returns and all of the capital gains and the build up and the value of those accounts based on your investment returns is also not taxed. So it’s triple tax-free which makes it the most unique plan out there because there isn’t another one out there that’s triple tax-free, so that’s the first benefit. The second benefit Neal is the fact that Americans need to budget and they need to save for healthcare expenses, unexpected healthcare expenses are a big challenge for many Americans. As a matter of fact, medical expenses particularly the unexpected kind, are the number one cause of bankruptcy in the US and so people need to have a regular budgeting and even a short-term savings tool. And  putting some money aside every paycheck is the easiest way for somebody to build that budget discipline and put that money in essence, in the shoebox, although a better shoebox. So that down the road when they have that expense, they have the peace of mind that that money is going to be there when they need it.

Neal: So just to be clear, an HSA is almost better to have than a savings account at the bank as far as the the tax breaks that you get and it’s something that we need to have for unexpected health emergencies. It sounds like a win-win-win.

Chris: Oh it absolutely is, it’s a terrific tool. And it’s a it’s a vehicle that people really need to better understand. There are lots of Americans who could set up and fund a health savings account who don’t. And those who do, could and based on the data that we have, should be putting more aside in these accounts. Now we recognize that for many people who are living literally paycheck to paycheck, that’s sometimes easier said than done, but little steps along the way, putting an extra $5 in, putting an extra $10 in, putting an extra $15 in each paycheck and the old financial discipline saying is that “If you don’t see it, you don’t spend it.” And so payroll deduction is a very very good way for people to just tighten that belt a little bit more and put that money into the account so that when they need it, it’s there.

Neal: So what types of restrictions with the IRS put on such an account? I mean with something that is a triple win, surely there has to be a little bit of a downside.

Chris: Well I hate to sound as though this is too good to be true, but there really aren’t a lot of downsides with HSAs. Probably the biggest restriction is that not everybody can have one. So when the government created HSAs back in 2003, they were very careful to say that you can only fund an HSA if you have a certain kind of health insurance and I think I mentioned this earlier. And that health insurance has to have a minimum deductible and for 2019, that’s 1,350 dollars for an individual plan and 2,700 dollars for a family plan. And many people choose a plan, either through their employers or on the individual market, through a state exchange typically will choose a plan that has a more generous benefit than that, it doesn’t have that high level of deductible. And so if you have health insurance that doesn’t qualify, then you can’t fund an HSA. The good news, is there are other vehicles particularly a flexible spending account which most employers offer. It’s not quite as tax efficient, it’s tax deductible on the way in and it’s tax-free on the way out but you can’t invest it and so the build-up isn’t tax-free. It sits there, it’s really a spending account but for those who don’t have the ability to fund an HSA, then they can choose an FSA and many do.

Neal: Now this is not a tax advice discussion so I don’t want to imply that I’m asking for such, but I’m at work, I get a Christmas bonus. Can I put $50,000 in an HSA?

Chris: You can’t put 50,000 in, we should we wish you could. For 2019, the maximum amount that somebody can contribute to their health savings account, if they have individual insurance they can contribute 3,500 dollars. If they have family insurance coverage they can contribute 7,000 dollars and in addition if you are 55 or older, you can make an additional contribution of $1,000 regardless of whether you have individual or family coverage. So there are limits, much the same way there are limits on 401k contributions. There is some action in Washington DC to try to raise those limits but right now, that’s where those limits sit.

Neal: Chris, are HSAs able to be set up at any time or do I have to comply with the open enrollment restrictions every year?

Chris: Well that’s the other beauty of these these instruments. No, you can set them up at any time. So let’s say you enrolled in health insurance for January 1st of 2019 and then in February or even March, you decide “Hey I can open an HSA, I should do that.” You can open that HSA at any time.

Neal: Chris, thank you so much for joining us. Where can we go online and learn more about WEX Health?

Chris: You can go to wexhealthinc.com

Neal: Great. Thank you so much, it has been a pleasure. Hoping to talk with you again Chris.

Neal: You’ve been listening to Health Professional Radio. I’m your host Neal Howard on this Health Supplier Segment in conversation with Mr. Chris Byrd, Executive Vice President at WEX Health. Transcripts and the audio of this program are available at hpr.fm and healthprofessionalradio.com.au. You can also subscribe to the podcast on iTunes, listen in and download at SoundCloud and be sure you visit our Affiliate Page at hpr.fm and healthprofessionalradio.com.au