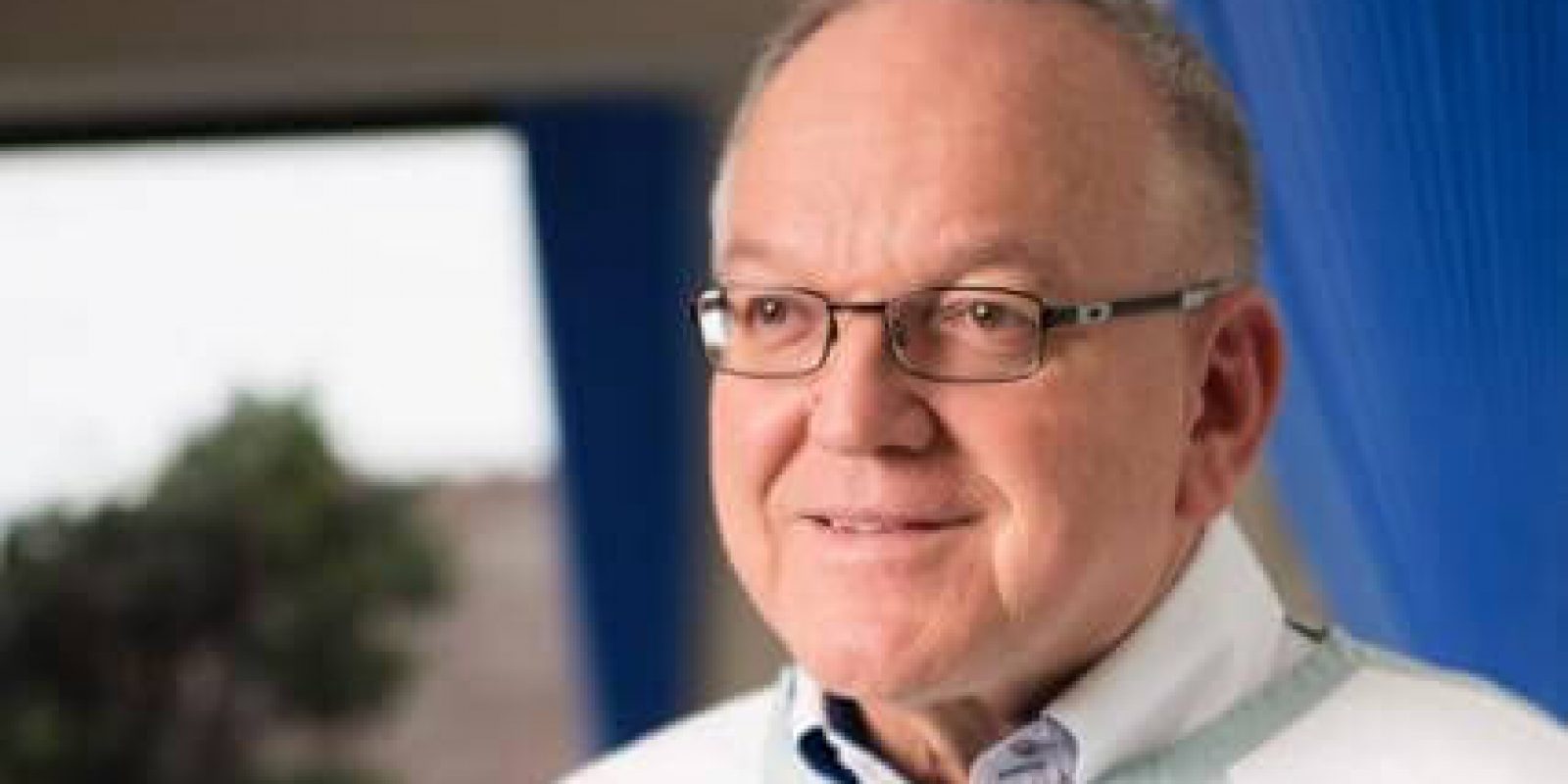 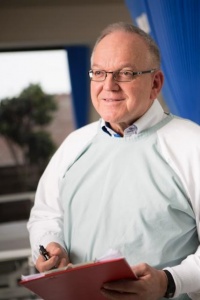 Guest: Professor Tom Borody
Presenter: Wayne Bucklar
Guest Bio: Prof. Thomas Borody is the founder and Medical Director of The Centre for Digestive Diseases’ (CDD). His keen interest in medical research led to the establishment of the Centre so as to provide both diagnostic procedures and effective treatments. Prof. Borody has over 200 articles and abstracts. His knowledge and expertise has been sought after by patients from around the world. The results have seen Prof. Borody become a reviewer for esteemed medical journals such as the Medical Journal of Australia, the American Journal of Gastroenterology, Digestive Diseases and Sciences and The Journal for Gastroenterology and Hepatology and Digestive and Liver Diseases. Professor Borody has established novel therapies in gastrointestinal areas such as Inflammatory Bowel Disease, Irritable Bowel Syndrome, Parasite infestation, Resistant Helicobacter pylori and C. difficile. Despite his previous achievements, Prof. Borody continues to conduct research in order to develop and improve treatments.

Segment overview: Today at Health Professional Radio, Prof. Borody shares information about a clinical study treating the bacteria, Mycobacterium avium subsp. paratuberculosis (MAP), which may be a cause of Crohn’s disease. This study is called MAP US. The global clinical trial to test this for TGA/FDA approval has just launched in Australia. This study will randomize 270 participants and take place in approximately 120 doctors’ offices in the US, and in Canada, Israel, Australia, New Zealand and Poland. Potential candidates will be men and women 18 to 75 years of age with moderately to severely active Crohn’s disease diagnosed more than six months ago. The study will involve participation of up to 62 weeks.

Tom Borody: Thank you. How do you do?

W: Very well, thank you. And welcome to Australia I think too.

W: Now tell me what’s the clinical study that you’ve been involved with recently?

W: That’s quite a new approach isn’t it?

T: Well it is in general, but we’ve been doing this for so many 20 years and developing better and better methods.

W: I see. And in looking at Crohn’s disease from this perspective of infection rather than inflammation, over the 20 years you’ve been working on it what has led you to this point where it’s a clinical study now?

T: Well we were dealing patients’ treatments using antibiotics and we were organizing different types of constructs, different mixes of the anti-biotics, until we found a system that seems to put most people into remission. And this as we go we learn quite a lot for example that if a patient has been previously exposed to antibiotics, they don’t do as well as those who’d never been exposed which we call “virgin Crohn’s.” So we’re now looking at starting patients on the antibodies without having any other treatment such as prednisone or mesalazine, anti-inflammatory agents. And as we learned from these experiences who does best, we’d refined the therapy into product that can be put into a single capsule and is now multi-sensitive trials that are being run by RedHill Bio in North America, Australia, New Zealand and Europe.

W: Now these clinical trials are just the beginning stage? You’re still recruiting participants for it, is that correct?

W: And I guess if you’re going to clinical trial and you have high hopes of finding what in my mind strikes me as quite a revolutionary discovery about Crohn’s disease if it can in fact put people into remission with something as straight forward as an antibiotic.

T: Yes. Well Crohn’s originally was thought to be caused by this infection which infects cattle and it’s called “Mycobacterium avium subspecies paratuberculosis,” so we call on “MAP” M A P for short. And this is back as far back as 1913. MAP was first described in 1895 in Heidelberg by two guys, one of them was Johne of course and one was a British fellow. And they found the cattle who has a similar condition have this bacteria in large numbers. In humans they’re very similar bacteria but they’re in very small amount and they infect inside the cells. But nethertheless the body attempts to cure these bugs and the white cells smell that they are there and they throw all the inflammatory molecules at them and they start-up a process that we call “co-inflammation.” And so when we colonoscopy that patient can see redness, bleeding, polyps, see their polyps…you can have holes being drilled through between a rectum and the skin called “fistuli.” And bowel is stuck together or can be stuck to the bladder and cause a hole together between bowel and bladder. So it’s an awful sort of disease which never seems to stop and you can’t cure it just by removing it by surgery. But if you do the antibody treatment and if you’re lucky to have hit a protocol that seems to work for MAP, you inhibit the presence of the bacteria and because they divide very slowly, very long treatment. And so the inflammation settles down and you get quite dramatic healing. The appearances of which we’ve done about 460 patients are the appearances are those of fine white lines in the colon where you know that a person had ulcers before and now it’s nicely healed.

W: You’re listening to Health Professional Radio. My name is Wayne Bucklar and I’m in conversation with Professor Tom Borody who’s in Australia currently and is beginning his clinical trial looking up treatment for Crohn’s disease involving oral anti-biotics. And we’ve been talking about what the likelihood of that clinical trial will be to show some what I think is probably fairly revolutionary ways of treating the disease. Now Tom a lot of our audience are clinicians and they’ll know the answer to this question, but we do have some people listening who are not clinicians. How significant is Crohn’s disease in the community?

T: How significant? Well Crohn’s mostly has been increasing fairly rapidly since the Second World War, some say it’s now 15 times more common. And the significance of that is that we have the young people afflicted by a condition which we cannot cure or control adequately, which influences their learning years. They are like putting jail and suffering, I mean death is something that terminates disease but this disease actually just debilitates you. And I just had a patient with me who’s lost like 38 kilograms and now he was a partner of a very large legal firm and he looks like death warmed up. So from the personal point of view this 40, 50,000 people in this country, or almost 700,000 in the States are such suffering people. And it’s just sad to see them suffer so much with their condition that we have pushed away into being an idiopathic inflammation rather than searching for causes of inflammation as the technology grew up in the 90’s and of course now.

W: Now assuming that the clinical trials make your expectation, I just a part surmised that things would be dramatically improve for patients. What’s your expectation of how it will change things for patient with Crohn’s disease?

T: Well we expect that the trials will be better than placebo which is what you always want. But it is just the beginning, because if you get trials to show that it is better than placebo, it actually will open up the belief system of researchers and doctors which has been at this stage closed. Because in the past, people have looked and looked for this bacterium and could not find it, and in conclusion is that it doesn’t exist. It’s a bit like going out in day time and looking up at the blue skies saying “Show me the stars. I can’t see any start, well then they are not there aren’t they?” And that’s what we have the attitude we’ve had towards this infection. But there are a number of infections like this that are not detectable but they’re still there and we’ve learn for example from physics about that. And also disease being caused by chronic infection, that there is still so many more infections that we are to learn about and not to disbelief someone who’s starting to get results. So I think this is the beginning of a renaissance in improving and treating the infection not just with antibiotics but perhaps with some adjunct treatments that maybe available such as special probiotics that can also hunt for MAP in the body when we used anti-biotics.

W: Professor Tom Borody thank you for joining us on Health Professional Radio today. It’s been fascinating to talk with you. I do appreciate your time, I realize you’re very busy.

T: My pleasure, anytime. Thank you.

W: Now for listeners who’ve either missed my conversation or just caught the tail end of it or indeed who would like to know more, there is a website you can go to that has details of the research that Professor Tom Borody is conducting. That’s at www.mapmycrohns.com so all one word, M A P M Y C R O H N S, mapmycrohns.com. If you missed the interview, the good news is we have a transcript on our Health Professional Radio website. We also have an audio archive on YouTube and on SoundCloud and the links to that are on our website as well. You’ve been listening to Health Professional Radio. Thank you for joining us, my name is Wayne Bucklar.