Supply and Demand in the World of Nursing [Interview][Transcript] 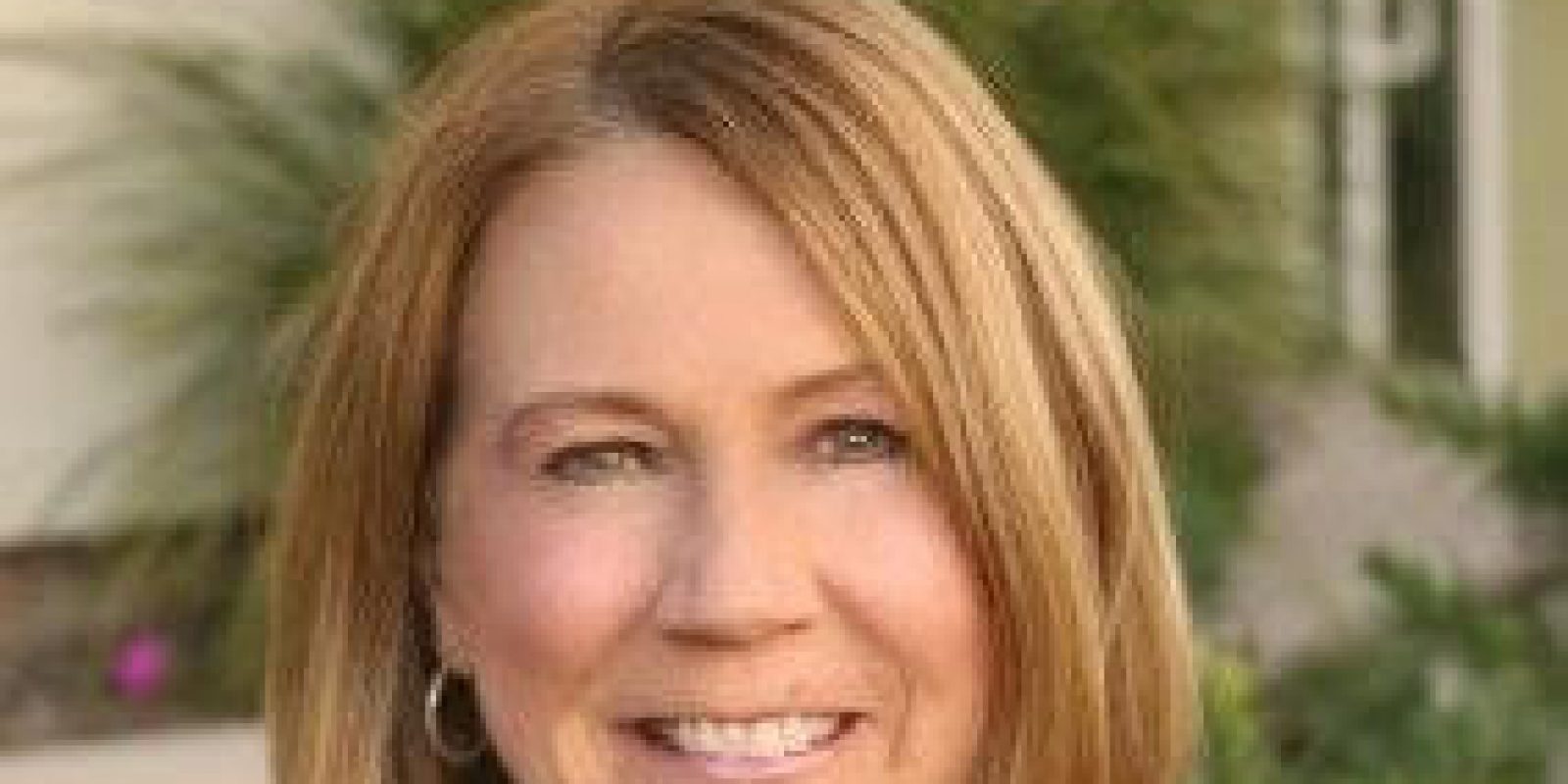 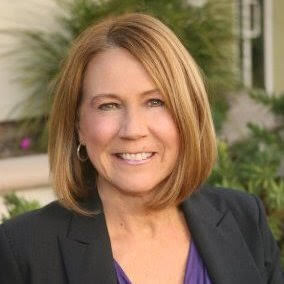 Guest: Dr. Marcia Faller
Presenter: Neal Howard
Guest Bio: Marcia Faller, PhD, RN, is the Chief Clinical Officer for AMN Healthcare. Throughout her tenure with AMN, Dr. Faller has championed the development of consistent quality standards for credentialing and competency evaluation of healthcare professionals, setting AMN apart in the industry and giving it a name synonymous with quality healthcare professionals.

Segment overview: In this segment, Marcia Faller, PhD, RN, discusses the 2015 Survey of Registered Nurses and the findings released Nov 9, 2015, that signal an impending crisis in the nursing workforce.

Neal Howard: Hello and welcome to Health Professional Radio, I’m your host Neal Howard. Thank you so much for joining us again today. Nearly two-thirds of baby boomer nurses are now considering retirement according to reports even as demand for RN’s rises quite rapidly. Our guest in studio today is Marcia Faller, Chief Clinical Officer for AMN Healthcare. AMN Healthcare is involved in finding staffing solutions for hospitals and other healthcare facilities. Marcia is here with us today to discuss this coming shortage of nurses. How are you doing today Marcia?

N: Thank you so much for joining us today. AMN Healthcare, could you talk about what it is that AMN actually does?

F: Sure Neal. AMN Healthcare is the nation’s leading Healthcare Staffing and Workforce Solutions Company. We provide healthcare professionals to the largest and most prestigious healthcare providers in the country.

F: Both for contingents and permanent staff. We also provide advanced workforce management programs which we call “workforce solutions.”

F: This include Managed Services Programs or MSP which take care of all administrative recruiting and credentialing responsibility for all of the facility’s workforce. And we offer technology enabled systems for managing your workforce. We now also offer predictive analytics that can forecast the healthcare provider staffing needs a month or more in advance and then help the provider meet those needs. And finally we have a superior educations delivery program in the center for the advancement of healthcare professionals.

N: Now according to a PR in Newswire press release, it says that nearly two-thirds of baby boomer nurses are now considering retirement even as the demand for RN’s is rapidly rising. Where did this information come from? Which report are we talking about?

F: Sure. So AMN conducts the survey of registered nurses every other year and has been doing so this is our forth semi-annual survey. The report resulting from the survey is titled the 2015 Survey of Registered Nurses: Viewpoints on Retirement, Education and Emerging Roles. It provides nurses’ views on retirement, education, quality of care and concerns about the nursing profession. The survey was actually sent out early in the year 2015 and the spring time. And with responses total nearly 9.000 RNs. The survey of projecting for major changes in the near future including a time table and dimensions for a wave of retirement by baby boomer nurses. AMN suspected that this is going to happen and asking about retirement plans has been part of our survey.

F: But then we this particular survey we’re seeing now at the retirements surge have been predicted for a while that it’s imminent at this point.

N: Now these nurses that are considering retirement has AMN or any other entity to your knowledge considered urging them to become involved heavily in the education of new nurses. Is that something that is addressed in the survey or even a possibility as far as AMN is concerned?

F: Well that’s something that is very much talked about within healthcare and in the nursing services areas. One of the big concerns about this retirement … that we’re approaching is that now we do lose these older nurses in just FTE or the position that they’re occupying in the work that they’re doing. But we also lose their experience and the wisdom that they’ve gained through years and years of nursing experience. So that’s the big concern in terms of how does, kind of a world that healthcare replaced not just the position, but all of that wisdom that is lost as well. So there’s many things that organizations are looking at. And in the survey we looked in particular at what are nurses planning on doing with their education, are they willing to and enable to be trained to take on some of these new and emerging roles or learning a new specialty, for example operating room, and labor and delivery are typical specialties with higher ages of nurses. And so making sure that we have enough nurses that we’re training and upskilling in those areas to be able to take those positions as the older nurses retire. These kinds of programs are very important and the survey found that the younger nurses are interested in those types of training programs, they want to advance their careers. And not just in training programs for new different specialties or new and emerging roles but also in advancing their academic education as well.

N: Are we considering nurses that leave the traditional nursing workforce and not necessarily retire but go to say home health or traveling nurses or nursing as a whole?

F: Nursing as a whole, in terms of these aging nurses and what their plans are. So we find the survey that 62% of nurses over 54 were thinking about the after maybe they we’re just thinking about retiring in the near future. So that’s a large number of nurses, still being able to replace those nurses is one thing. But how can you repurpose those nurses and that’s something else that the industry as a whole is talking about utilizing those nurses in a different way. They could go into home health, but I think that more likely those nurses are really looking to continue to deliver their wisdom and knowledge in perhaps a shorter shift or part time work. We did see in the survey that about 21% of those older nurses were definitely interested in living the part time work. So it’s just nursing is a profession that it takes a lot out of the person both mentally and physically and as nurses age, we want to figure out what are the ways that you can expand and continue that nurses career so that she or he can continue to deliver that knowledge and wisdom that they gained over the years of experience.

N: Now as we wrap up this segment Marcia, I’d like to ask a question that has to do with nurses that are considering leaving the workforce earlier than age 54. There are many stories and reports a physician actually changing professions, getting out of the medical profession due to the complexity and uncertainty of Affordable Care Act. Have you noticed, heard or read of any instances or maybe a mindset where nurses are as inundated with information and extra work as far as keeping track of data is concerned, forcing them to consider getting out of workforce even earlier than 54?

F: Well there were, a segment of our nurses were the younger nurses did indicate that they might be interested in retiring as well or moving in to a different type of profession so I think there is some of that actually going on. We did ask in the survey about the impact of the electronic medical records on a nurse’s productivity, their job satisfaction. And whether or not it helps the quality of care for the patients. And we’ve got an interesting feedback about that, we also have a lot of qualitative data around the electronic medical records use in nurse’s beliefs in terms of it taking away from patients care. And when those kinds of things happen nurses tend to want to move into something else that could be more satisfying for them. So similar to the physician, we also work with physicians and give a lot of information regarding them as well. But it’s true that what you say about many physicians being dissatisfied with the terms and so much more paper work to be able to get reimbursement with the admin of ICD-10, the coding system this year that become even more…for them. So yeah, I think we’re seeing a similar type of a perception or a feeling in the nursing as we do in the physicians.

N: Where can our listeners get more information about AMN healthcare and possibly review the survey for themselves?

N: Thank you very much. You’ve been listening to Health Professional Radio, I’m your host Neal Howard. We’ve been in studio this afternoon speaking with Marcia Faller PhD and a Registered Nurse. In addition to that, she’s Chief Clinical officer for AMN Healthcare, they’re involved heavily in staffing solutions for the upcoming surge of nurses who are considering retiring as the need for nurses rises. It’s been great having you here with us today Marcia.

F: Thank you so much Neal.