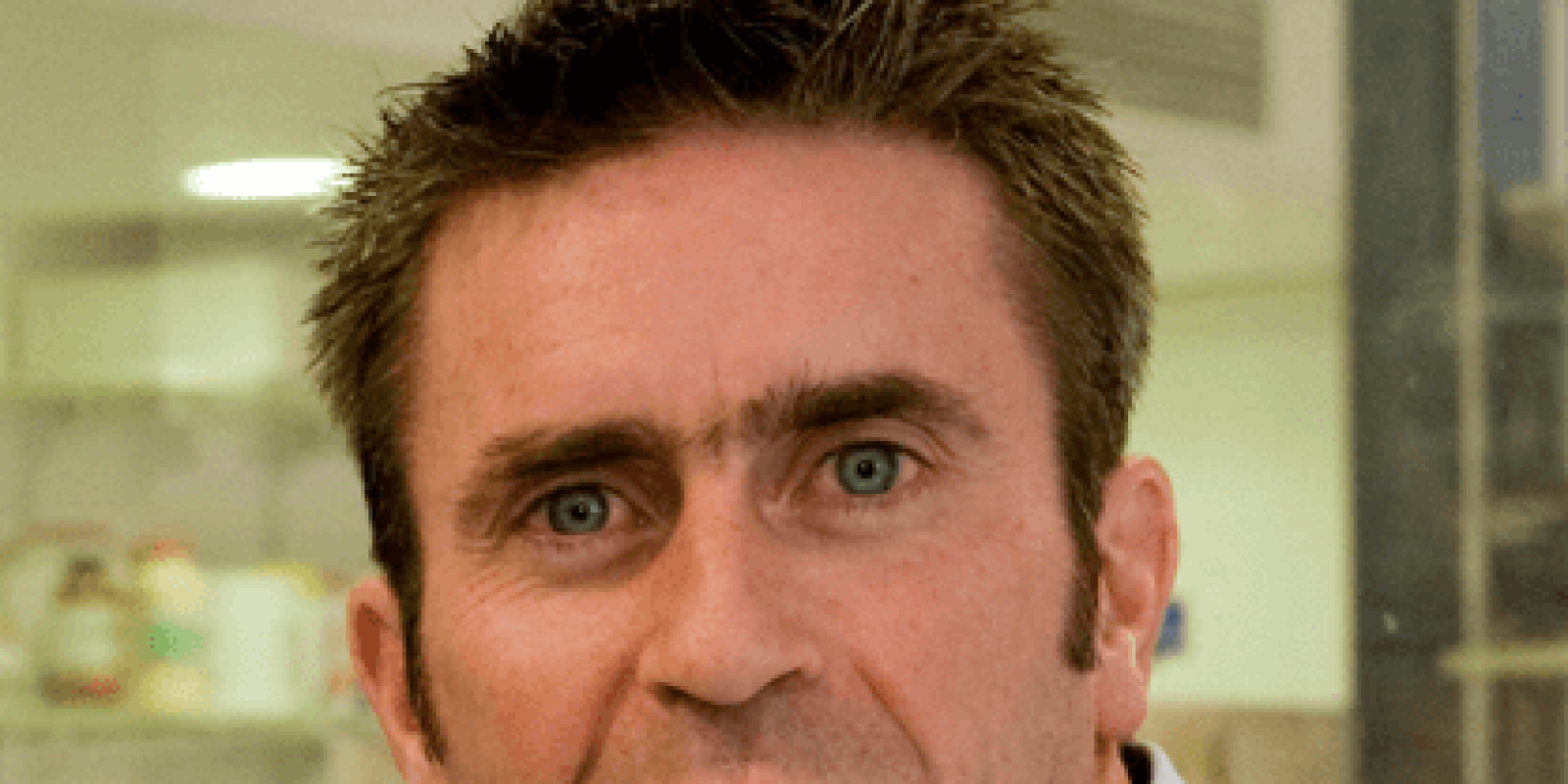 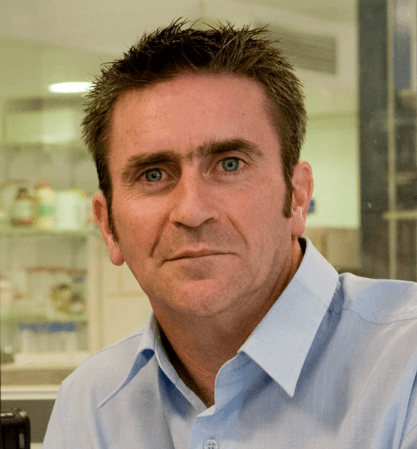 Presenter: Wayne Bucklar
Guest: Michael Foley
Guest Bio: Associate Professor Mick Foley is the founding scientist of AdAlta and a key inventor of the AdAlta technology. In 1995 he was awarded an ARC QEII Fellowship where he established the phage display of antibodies and peptide technology as a means of answering fundamental questions of immunity to infectious diseases, particularly malaria of which he is an internationally recognized leader. Having published over 70 scientific publications Mick has received funding from ARC, NHMRC,NIH (USA) and the Bill and Melinda Gates Foundation.

Segment overview: AdAlta is a privately owned company established in 2007 to develop the next generation antibody platform, the i-body and the single domain shark antibody. AdAlta is growing a pipeline of i-bodies for treatment of cancer and fibrosis from its internal discovery efforts utilizing the i-body technology.

Wayne Bucklar: You’re listening to Health Professional Radio. My name is Wayne Bucklar. My guest this morning is Mick Foley, Chief Scientific Officer with the research firm AdAlta. Good morning to you Mick.

W: Mick, first of all tell us what it is that AdAlta does and what geographic footprint do you service?

M: So AdAlta is a small biotechnology company based in Melbourne, Australia and we’re working on a noble technology that we use to produce improved antibodies against important diseases such as fibrosis and cancer and we call these “i-bodies” and we’re really at the analyze research phase so we don’t exactly sell products but we’re working on the technology and applying it at the moment in animal models and to take this through into the clinic.

W: Now this is a fairly noble piece of research, I understand. This is not science sort of common in practice. Introduce it to our audience, tell us how you reached this point.

M: Basically, we’re working on this noble technology, in a noble area essentially which is called next generation antibodies. And I’m not really sure if your listeners are aware but there has been a fundamental shift in the phase of drugs being used today. So traditionally drugs were small chemicals like aspirin and chloroquine and things like that. But now there’s a new class of drugs which are biological molecules. These are molecules that are in our bodies but we’re taking them out and we’ve engineered them in our laboratory and one of the important components of that is antibodies. It’s the things that we all have, the things that we produce when we get infected to fight off infections and what researchers have done is to take those antibodies and engineer them in the lab. So that for example chloroquine … which is clinic under market knows which attacks arthritis and clorpactin for example which is for breast cancer. So the very successful class of drugs and in fact in 2014, five of the top selling drugs were antibodies… they are wonderful they’ve got some issues that limit abuse their large complex molecules for example that’s expensive to produce and is typical to get antibodies to some important targets like membranes and proteins which means they are limited in some diseases. And so AdAlta Technology is really a very small much more stable, very cheap to produce biological molecule, antibody-like molecule that combat desired disease targets, those that are really difficult to attack using traditional antibodies.

W: And your particular target for this, as you mentioned in the opening, is cancer and fibrosis?

M: Yeah. And essentially, technology can be amplified to pretty much any target because we have a library of these antibodies that we can screen and find different targets but of course you have to pick something and initial area is fibrosis and you know a lot of ‘i-bodiess are at the pre-clinical stage and that further research and development and including work space of animal models and then eventually human safety and efficacy trials. We hope that pretty soon we’ll be able used them in patients with fibrosis and you know I’m not sure again if a lot of your listeners be aware that fibrosis is a major disease that affects multiple organs. It’s really formation of excess connective tissue and organs and it’s often thought of it being the healing of the …. set gone too far. And one of the areas we’re looking at is vitreoretinopathy which is fibrosis in the eye in which about 8 – 10% of patients can develop a detached retina, for example. And I guess there’s about 5M people worldwide suffering pulmonary fibrosis for example and that really got a very, very at little survival rate and although there are currently to very recently approved drugs in the market for pulmonary fibrosis, the drugs that are actually pretty toxic and they only work in less than 30% in patients, so there is a real need for … treatments in this fibrosis area which is why we run into it.

W: Do you have any sense of the eye body toxicity response? Is it because it comes from antibodies? Does it how much I allow toxicity?

M: Yeah. Well this is way it’s because it’s a biological molecule and because antibodies are extremely exclusively specific, that means that they’ve got many ways … off target effects like for example some of the common chemical drugs, those drugs have often violent … where it was a wonderful drug for arthritis but it cause a lot of issues and there’s much less chance of that happening if the experiments are done carefully and targeted because those antibodies tend to be absolutely specific.

W: Mick it sounds like it’s … research, when you say your timeline was shortly when they’re be able to be used. I’m sure this is one of those words used in medical research, how long do we actually talking?

M: Yeah. So look I mean, there’s a joke in this research that there’s five years and it always will be. I think what we’ve done very recently with antibodies is we’ve injected them into mice. It will go blow up the immune cells in those mice for migrating toward us in this pharmaceutical school. So we were very excited about this because it’s the first time that we’re really showing that this molecules that are in an animal will actually do something useful and so is a major to step forward but really what we need to show is that there is a real effect in a couple of multiples of animal fibrosis and then we’re looking at put them into human trials. We’re talking to people already about doing a first thing human trial but really that is probably, and again, all comes down to resources but realistically we’re looking at 18 months to 2 years if everything goes well we could actually put this into humans.

W: Uh huh. Now forgive my … ignorance of medical research here, how do you go about making a molecule?

M: So there are many ways, I mean we’ve used genetic engineering which is in fact a really common technique and pretty much every molecular biology lab in the country and in the world in fact and really what we do is we have a library of these tiny molecules and we’ve got them expressed on a bacterial virus and that means we can grow them continuously. We never have to go back and try and remake them, they’re pretty much in there and they’re immortalized and then when somebody comes to us and in fact we’ve done contracts with company like Roche who would come to us and say look we would like one of your ‘i-bodies’ against a particular molecule that’s involved in inflammation or to immunity. We will then go to the freezer, pick a library of will then screen that live and we call it “panning” because we’ve got many, many millions and billions of these molecules and only 1 or 2 which will be actually useful in binding. And so you pan like panning for gold, you try and get rid of all the rubbish and you come up with the 1 or 2 binders. Now even then, you still would improve those and make them better so you do a bit of mutation so it has really taken at AdAlta many, many years to actually comes to the stage where we can even begin to put this into animals. All that research done under the radar, if you like, before we even go out talk to people.

W: Mick it’s fascinating to talk to you. It’s a really that very leading edge of the stories that we normally do. Generally when we’re talking with pharmaceutical companies is because they’ve got a new product on the market and talking with you is talking 5 or 10 years before that happens but it’s fascinating to hear the story and it’s great to hear that it’s happening in Australia.

M: That’s all. It’s been great to talk too all your listeners can get something out of this.

W: Well I’m sure they will. I’d like to leave you with one last question. What’s the greatest misconception about your work that drives you nuts and keeps you awake at night?

M: Look. I don’t know if there was anything that really drives me nuts, except when my favorite soccer team Glasgow Celtic gets beaten…

M: But I guess what I didn’t mention before was these i-bodies are actually human molecules. And that means like you touch on before there’s should have very few issues at toxicity or for example being rejected. But what AdAlta actually started working on very similar molecules from sharks. So sharks are actually 1 of only 2 animal species that produce these small stable antibodies like molecules. And we’ve got a lot of data suggesting that they’re really useful. However we took the information from the shark molecule and designed the same phase with our human version of that and that’s great for us because as I said, there should be no adverse actions but I guess the problems for us is that AdAlta many people think of AdAlta still as that shark company and I think that problematic because people like sharks and the stories are actually quite nice especially you know from those filming companies. We’ve got a lot of sharks in Australia but it is a bit frustrating that people haven’t really caught up with the fact that we’ve left everything we needed from the shark, from the evolution of the shark and we’ve move onto a greater technology which is that all the positive of the shark molecule but because it’s human, it should have a much safer use in therapy.

W: Well, with a little bit of luck, there’ll be a few more people in the industry today who don’t see you as a shark company. For people who want to know about AdAlta the website is adalta.com.au and we’ve been talking with Mick Foley their Chief Scientific Officer. This is Health Professional Radio. A transcript for this interview is on our website along with a sound archive at www.hpr.fm.