The Hope for the Bullied in the Nursing Workplace [Interview][Transcript] 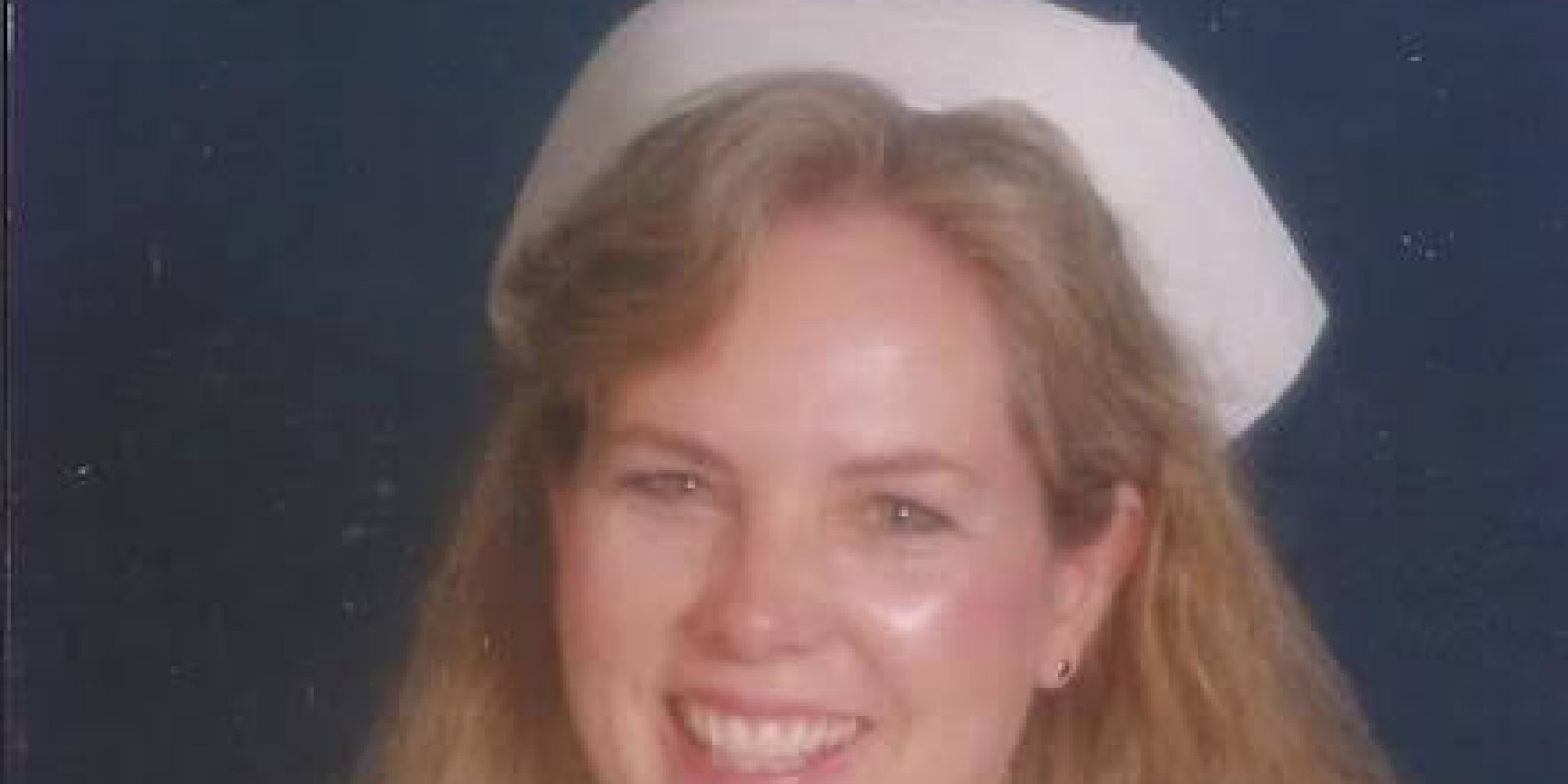 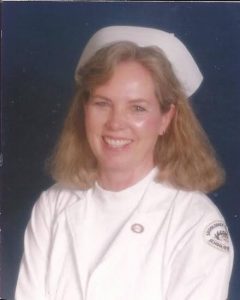 Guest: Claudia Sanborn, RN
Presenter: Neal Howard
Guest Bio: Claudia Sanborn was born and raised in Salt Lake City, Utah. Traveling the road that wound through the working world of nursing, Claudia soon discovered that it was rather bumpy, crooked, yet sometimes pleasant. When she recognized bullying in the medical field, she started keeping a journal of all the dysfunction she saw in management and administration. In spite of some traumatic bullying experiences, Claudia continues to work as a nurse. She also participates on the Creating a Better Work Environment committee in Salt Lake City, Utah, that is working toward legislation to make bullying in the workforce illegal.

Segment overview: In this segment, Claudia Sanborn, RN, author of the book, THE YELLOW SICK ROAD, talks about how her nursing community is reacting to her book.

Neal Howard: Hello and welcome to Health Professional Radio. I’m your host Neal Howard, so glad that you could join us today. We’re in studio today with Claudia Sanborn, registered nurse for more than 22 years and she’s written the book “The Yellow Sick Road.” She says that she chose the whimsical route in order to deliver a message about a very, very serious issue that she discovered in the workplace early in her career. She did her prerequisite work at Brigham Young University and after transferring to California with her husband, took some more nursing classes and begun her nursing career. How are you doing today Claudia?

N: Thank you so much. Now you’re the author of “The Yellow Sick Road,” a book that talks about what you term “bullying in the workplace.” Why did you choose the term bullying and why did you write the book?

C: Well there was so many incidents that happened during my 22 years that I just kept a journal. And I said as soon as I retire, I’m gonna write a book because then nobody can cause me harm, nobody can black ball me, I won’t need the work anymore and so this is just the goal that I had. And so I’m semi-retired, I do travel nursing contracts only maybe trice a year with, but that’s about it.

N: So you were fearful for your career so you waited until now to actually publish this book. And you’ve just been keeping track and holding on to these notes and these reports I suppose of different incidents of which you termed to be bullying. Now are we talking about actual bullying where physical harm is taking place or are we talking about simply someone creating a hostile work environment in order to push someone out of work for any number of reasons? Because when you think of the term bullying, you get a mental picture of that school yard guy pouncing on the younger, on the helpless guy. Is that what we’re talking about here or is it a metaphor?

C: Well I was never pushed or anything physically but I had, I was put in harm’s way by having to drive to a real snow storm an hour and a half to get home after a night shift. And then I was called in so I could sign a little discharge paper and go back, and then go back and I was in harm’s way there, was no consideration as there was a storm, that I had to drive back and that was the way it was. And I feel like that was in a way “bullying.” I could have really been hurt.

N: I can relate. But on the other hand, I wanted to leave my job one time many, many years ago. And there was an Ice storm that was taking place and I had an hour commute much as you did. And my supervisor wouldn’t allow me to leave he said “No.” He said “There is a hotel across the street. Here is the card, you go across the street. Do not leave. You stay here.” And it was something it was a job where I was the night shift guy. And I was there by myself so I couldn’t leave. But if I did it was gonna endanger me. And he stress that he wasn’t goanna fire me but he implored that I stayed there, and you’ve got the exact opposite you already home safe.

N: But for what reason do you think that this person would bully you by jeopardizing or threatening your job, your career, basically your livelihood and have you drive back for an hour to simply sign a piece of paper that could have simply been signed when you had to return for your next shift, I’m assuming? Why would she do that, why would they do that?

C: Well I asked her because there were different instances before that had happened. And I found out that they were starting a layoff, there was a talk about a layoff and I had been the one of the newest employees. I think I was being set up. So what I did is after that incident I went to HR and I got called in by the director of nursing HR and this charge nurse, and nobody backed me – nobody. And sure enough I was the one that was laid off and that was the sister hospital of a hospital that I had worked at 7 years so that affected my retirement. So it dominoed, it got worse, HR did not back me, the director of nursing did not back me and it was very devastating to me. I was in my early 60’s, there was no way I was gonna get hired back into a hospital at that age. So I started doing travel nursing and just went here and there tried to get work as I could.

N: Now this book “The Yellow Sick Road,” how much of it explains how to identify a bullying situation? How to conduct yourself once you find out that it’s going on and what steps to take in order to do as maybe you have done and alert people and maybe work with legislature as you have done?

C: Well unfortunately, there is not much that you have to protect yourself from it and that’s why everyone is really quiet and they just take it. And the only thing we can hope for is that you need to contact your legislature, find out who your representative is. And if people will start speaking up to their legislature then there is like about 7 states that are very active in this. I am not the book where it’s a quick fix, and if you do this and you do that. I was appropriate in my behavior, I walked away and I just wrote in my journal and said in the end “I’m just gonna let it all out there.” I wish I could say I know there’s a lot of books out there that say “Well if you do this and if you do that and you’re outside of the box, or you’re inside the box.” It doesn’t work. And I’ll tell you what did help is I had a support group and it was a “bullying support group.” And I went thru it and that was very helpful so that you didn’t feel alone going through it. I wish I had more answers to have to make it better but I didn’t see that anything helped.

N: Now how is the nursing community reacting to the release of this book once they get their hands on the copy of it?

C: The nurses that have read it all relate. I have not had one nurse say “I don’t know what you’re talking about.” And what it did is kind of jumpstarts and then they’ll say “Yeah that happened to me and this happened to me.” And actually that’s the only things is there’s comfort knowing that you’re not alone in it, and that’s what they’ve said. Is that it made them feel better to know that they weren’t the only one. And on the outside cover of my book it says 84% of nurses are bullied or abused in the workforce. And most nurses leave because of the environment that they’re at not because lack of pay. It’s because of the behavior that’s taking place. And a lot of it because when you’re a hospital nurse the load is so heavy, that they’re all trying to survive. And so they use any mechanism they can to try to be able to take care of their patients. And in a bad situation where maybe a charge nurse is giving one nurse 3 patients, and another nurse is getting 7 patients.

N: But it seems, it’s almost like rather than being an employee of a hospital unit and everybody working toward a common goal – it sounds like everybody is almost hired on as an independent contractor a struggling to maintain their own contract. Is that the situation?

C: Yes, there is no team. There is no camaraderie there is no team work, unless you’re in good with the manager or the charge nurse and everyone tries to do that because. They don’t want a heavy load, they don’t want all the admits, all the discharges. And so everyone is trying to domino those and actually it’s start with corporate. Corporate needs to get it together. And then it needs to go down to management and then your charge nurses and it really needs to start at the top.

C: There is nothing except to contact your legislature or find a support group with bullying. Or find if you have a best friend that you trust, that both of you can talk and network with each other and help each other. I’m sorry, I wish, the purpose of my book I think is to let people know, let the public know what’s going on. And to let nurses not feel alone in what they’re going through and that they need to contact their legislatures.

N: You’ve been listening to Health Professional Radio, I’m your host Neal Howard. We’ve been in studio today talking with Claudia Sanborn, a nurse of 22 years or more who’s written a book – the “The Yellow Sick Road.” Where she outlines her 22-year journey as a registered nurse and her experiences with bullying in the workplace. She’s written The Yellow Sick Road in an attempt to get the word out about bullying. And hopefully work with legislature in order to make bullying against the law. It’s been great talking with you today Claudia.