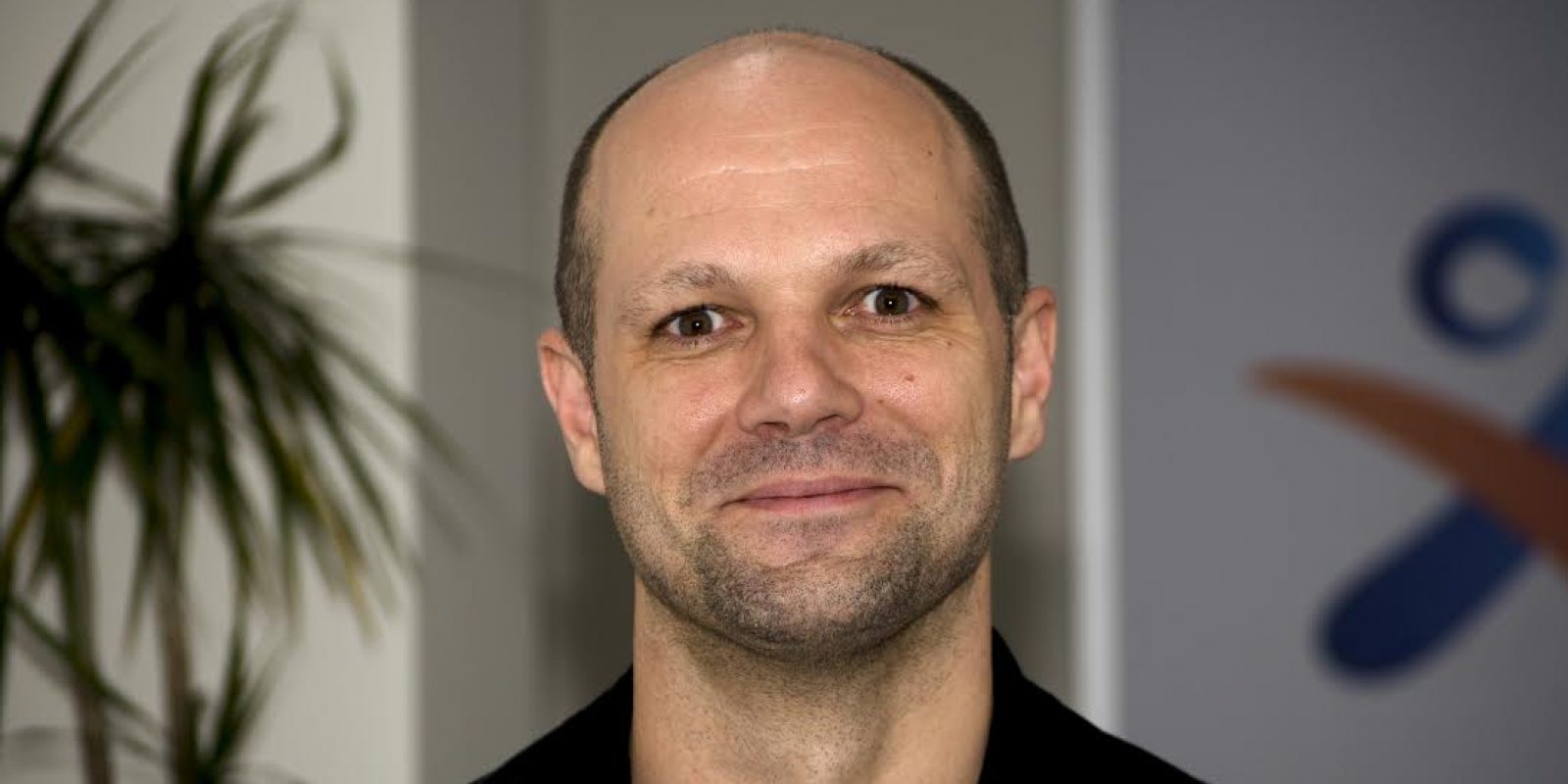 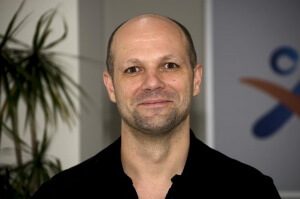 Segment overview: In today’s Health Supplier Segment, we are joined by Autism Spectrum Australia‘s National Manager Aspect Practice and Clinical Lead Positive Behaviour Support Dr. Tom Tutton to share great insights about their organization’s goals and services. Their specialised, evidence informed schools program is the largest in the world, with additional services that include information and advice, diagnostic assessments, behaviour support, parent and family support, and adult programs. Their services provide people on the autism spectrum with the opportunity to realise their unique potential, as well as providing much needed support to their families, carers, friends and colleagues. Their vision is to provide the best possible opportunities for people on the spectrum.

Wayne Bucklar: You’re listening to Health Professional Radio. My name is Wayne Bucklar and my guest today is joining me from Australia. He is Dr. Tom Tutton, National Manager Aspect Practice and Clinical Lead Positive Behavior Support, Autism Spectrum and joins us today to talk about the Autism Spectrum and his work in Australia. Dr. Tutton welcome to Health Professional Radio.

Dr. Tom Tutton: Thanks so much for having me.

W: Now Tom I wonder if you can tell us what it is that Autism Spectrum Australia do? And where about you do it, what geographical footprint you occupy?

T: Sure, we’re a national organization in Australia. We were born 50 years ago this year in Sydney in New South Wales. Originally a group of a small dedicated parents set up an autism specific school I think they were not happy with the education provision that was happening at the time and from that small school, a very big organization has grown. We support over 10,000 people with autism and their families each year. And we provide services from early intervention and diagnosis right through to social as of community and workplace support for adults and pretty much everything in between. We have the largest independent autism specific school system in the world as far as I’m aware, which includes a number of schools across New South Wales and a new school opening up in South Australia too. And we have a really interesting schools program that very much focus on integration, so young students with autism come at the school they learn good school skill of plus on top of their curriculum, learn skills, like social skills, communication skills, emotional regulation skills and then gradually move into main stream through what we call a satellite program as well. So we’re a big organization and we do a lot of different types of support for people in the Autism Spectrum and their families.

N: Now Tom our audience is largely clinical but in fairness to clinicians of all colors I have to say that often there is a degree of social isolation or professional isolation in some clinicians in that they are focused on their particular specialty or their particular ward or patient group in a hospital. And so I’m sure they all studied the autism when they were doing their prospective studies, what message would you like them to know today as a result of having heard you on the radio?

T: It’s a really good question. I think again with ASPECT we have a range of different specialist working for us – we have psychologists, we have speech pathologist, we have occupational therapist, as well as obviously teachers and a range of other different staff. I think the key message is always to look at the individual holistically. I think often you might get called in to do a little bit of perhaps speech pathologist that might be something that support some of this communication skills. The important thing I think is that it’s done in coordination with all of the other work that’s happening around with the individual not in isolation. And I think in my work I do see sometimes people start jumping in and say “Right let’s do this and getting on with the piece of work” but actually not actually making sure that that is in line with about the protocols for that person.

N: I do notice on the website it says autism lasts a lifetime and affects 1 in a 100 Australians. That’s an extraordinary figure for me to read, do you think the clinical community is generally aware of how prevalent it is?

T: Look, I think increasingly so. I think it’s one of those things because of the controversies about the numbers that have happened perhaps over the last 5 years or so. And the issues around where, why that might have been. Obviously most people be aware of the vaccination controversy and other potential causes they do affect the people have suggested. I think that has pushed the numbers very much into the people’s consciousness. Hopefully people are also aware that probably the reason behind this very high figure is a combination of a massively increased awareness of autism. So years ago many people would have been not just received the diagnosis of some sort of intellectual disability and there has been that diagnostic substitution but also the criteria for autism in terms of capturing people on the spectrum has broaden and broaden up until the diagnostic and statistical manual which was only released I think it was last year. So the net is wider at capturing more people and hopefully that will present a good explanation of much of what happened if not all of it.

N: Yes, it’s one of those diagnosis I think that must cause a lot of concern for parents because it is such a broad spectrum and it does have such a wide range of behaviors associated with it.

T: Yes, that’s right. I think one of those big questions is what is it mean and what are the outcomes. And I think you hear people today tell stories of years ago when children were diagnosed that they we’re pretty much told to give up hope and that’s a terrible message and I think a really false one as well. I think whatever the capacity of the person, there is always something that they can achieve on their own personal level and I think families can and do get something from that once I guess the period of changing their expectations around what they’re having or what having a child and child development would evolve would have been their expectations.

T: Yes, I mean there are lots. I think one of the things when you work in the autism field if you start to make a list of all of the sort of myths and misbeliefs around autism. You will find them in the internet so top 10, so the myths about autism. For me personally though my specialty within my work is very much around positive behavior support for I work in situations where there are some sort of challenge in behavior to help people in the spectrum, families or the service providers so that make sense of that and develop a good positive outcome. And I think the biggest misnomer in that situation is that the problem relies or resides within the individual. So that person, it’s his fault, it’s his behavior, he has to change or he has to have some medication. But actually there is really good evidence that the model of understanding behavior really, yes partly to the person but also very much to the environment that they spend then their time in, and those people and the interactions within the environment. So my job is always about trying to address each one of those three areas, rather than just trying to fix the individual. And again we got a lot of referrals for psychologists to say “Can you come and fix this person, who has challenging behavior and take some education?” I think from all point of view, well we can work with them but really there’s more than the person we have to change here.

N: I can understand why misconceptions would be a thing that you notice in your work. I do appreciate your time today Tom, it’s been a pleasure having you here with us on Health Professional Radio.

T: Fantastic. Thanks for having me.

N: I’ve been in conversation with Dr. Tom Tutton and we’ve been having an interesting chat about his work as National Manager Aspect Practice and Clinical Lead Positive Behavior Support in the Autism Spectrum with Autism Spectrum Australia. Now if you want to get in touch with us Dr. Tutton, the best place to go to find him is on their website at www.autismspectrum.org.au. Or if you’d like to hear the interview again or read the transcript we have both of those available on our website at Health Professional Radio. You can find a transcript to the full interview and you can also find the audio archive which is on YouTube and SoundCloud and there are links to all of those resources at www.healthprofessionalradio.com.au. My name is Wayne Bucklar, you’ve been listening to Health Professional Radio.