Research Partnership with the Potential to Revolutionize MCI Treatment [Interview][Transcript] 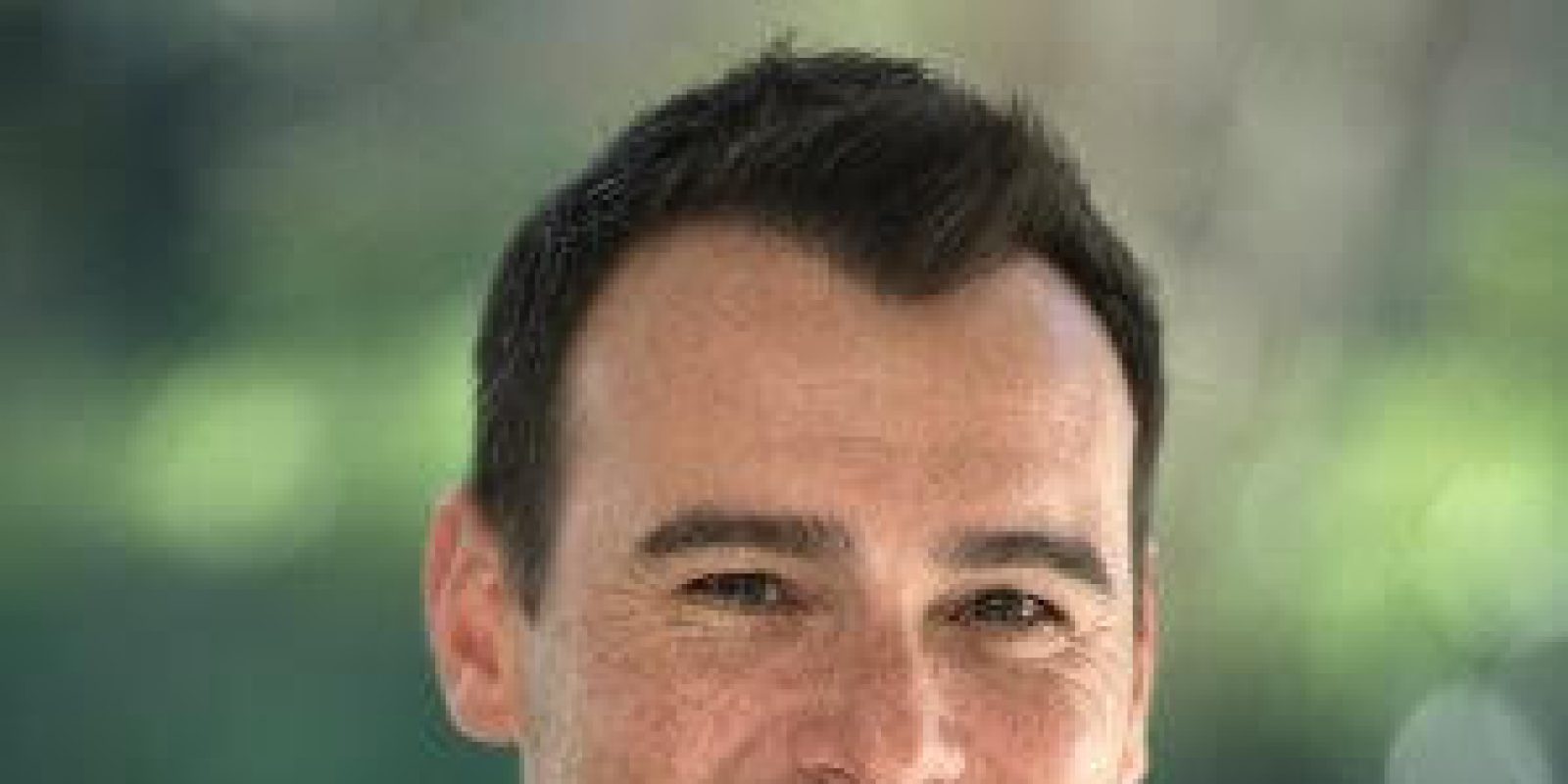 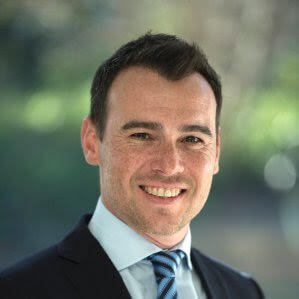 Guest: Neal Mercado
Presenter: Wayne Bucklar
Guest Bio: Neal has over 16 years’ experience in the global vitamin and dietary supplements industry, with an emphasis on strategic marketing, new product development and innovation process. Prior to joining BioCeuticals, he was Director of Product Development at Blackmores and Director of the Blackmores Institute. He has a proven track record for delivering market-leading innovation and has held a number of roles focused on portfolio management and global product development for multinational corporations including Amway and IdeaSphere. Neal has a Bachelor’s degree in Marketing from Michigan State University and is a graduate of the Australian Institute of Company Directors.

Segment overview: In today’s Health Supplier Segment, we welcome BioCeuticals’ Director Research & Development Neal Mercado to discuss their joint research venture with the National Institute of Complementary Medicine (NICM) at Western Sydney University. NICM is Australia’s leader in complementary medicine research and policy. BioCeuticals is renowned for manufacturing and delivering high quality integrative medicines to healthcare practitioners and they aim to consistently raise the standards of natural-based therapies.The research partnership will be on a three-year period that aims to explore the clinical effect of herbal and nutritional supplements on cognitive function in elderly patients living with MCI, for which existing treatment is lacking.

W: Now Neal BioCeuticals is a product name or a category name and the company name. I guess that we’re talking about a particular range of substances and formulations. I understand that in your case these are practitioner only?

N: Yeah, that is correct. BioCeuticals we’re Australia’s leading provider of practitioner only nutritional and therapeutic supplements. So we sell kind of natural medicine to healthcare practitioners for, really for their review and recommendation to their patients.

W: I see. And Neal when you say practitioners, is that medical doctors only or does that include other health professionals?

N: Yeah, that’s a good question. It certainly includes medical doctors. But we sell our products to pharmacists, to naturopaths, to chiropractors, physiotherapists, herbalists and even traditional Chinese medicine practitioners. Really any individual healthcare practitioners, individual. And the reason why we do that really is because we feel that they’re very well placed to be able to kind of piece together and understand the evidence based supporting our particular formulations and natural medicine in general, to determine what’s kind of what’s right for their patients.

W: Yeah, I think that’s a very important question – is that just because a products is available in the shelf doesn’t mean it’s harmless or useful, without some professional advice to get around it.

N: That’s exactly true. And particularly one products do have a specific uses. It’s very important to understands, kind of how they can be used, what’s to watch out for, some of them can have contraindications or they can even be synergistic to some pharmaceutical interventions. And so in some cases and depending on kind of what they’re trying to treat, it’s really important to have some practitioner guidance and recommendation.

W: Neal the signal I really wanted to talk to you about today was the research you’ve been doing because in your role as a Director of Research and development at BioCeuticals it has come to our attention that there’s been quite a significant trial rich publication point. Can you tell us about that?

N: Yeah, well exactly. So obviously for us it’s really important that we further the evidence based, supporting natural medicine. And we recently launched a new patented product and that’s called “cognition support” and it utilizes clinically trialed ingredients that, so ingredients that have been clinically trialed individually. So we’ve got “Bacopa” in there which is ayurvedic herb and that’s been standardized, we also have “gingko biloba” as well which is standardized in addition, there had been some clinical trial done on that particular extract. And we have ginseng in addition to that “Korean ginseng” which has been standardized to ginsenosides. But we’ve also include a nutrient in there which is kind of the novel stuff and that’s also a folic acid. And we’ve had a good relationship with NICM and the National Institute of Complementary Medicine at the University of Western Sydney, they do some fabulous work on in terms of research nutritional medicines. And so we partnered with them to co-fund a PhD candidate to study this formulation. It will be a three year trial utilizing the products as well as the placebo. And that’s gonna be looking at mild cognitive impairment in elderly individuals. Which is something that we feel is kind of becoming a real issue.

W: Many of our audience are practitioners of one kind or another both in acute care and in aged care and MCI would be something that those in aged care are very familiar with. This is generally now I think accepted as a pre-cursor almost to dementia.

N: Yeah, that is exactly true. We estimate that up to 35% of Australian’s who are over 70 years of age have a mild cognitive impairment. And then just as you point out, up to 15 of those will go on to develop dementia within a year.

W: Yeah that’s an extraordinary statistic, isn’t it? That’s a very high in number of people.

W: Not enjoying their aging years as well they should.

N: Yeah, exactly. We know early intervention can slow the progression and course as well and that’s what we’re trying to really to determine whether or not this formula can help in that in any way. Which could provide a great deal of value in terms of extending quality of life with those individuals.

W: You’re listening to Health Professional Radio with Wayne Bucklar. And I’m in conversation with Neal Mercado Director of Research and development at BioCeuticals. And we’ve been talking about a PhD study that’s been undertaken to look at the impact of a patented, I guess we’d call this a supplement, patented natural medicine and its impact on mild cognitive impairment. Neal is it your expectation there’s still be a double blind placebo test that withstand all this scrutiny and criticism of that research?

N: Yeah, actually it has to be. There is no sense in doing research if we’re not doing a double blind placebo controlled trial. We do expect to publish that in a peer-reviewed journal as well. And really we don’t know what the findings are gonna be, we’re very hopeful and we’re confident what they’re going to be successful based on the formulas that the formulation that we have in the previous research done. But this is all about doing good research and publishing the results. So we’ll published no matter what, if we get a trend, if we get a negative or if we get a positive. So it’s important to us, we feel that any result will further the understanding and the research in this area.

W: That idea of publishing research and peer-reviewed journals is kind of I guess automatic in many disciplines. But it’s not new but less common in the complimentary medicine sector and from time to time I do talk to people who are critical of complementary medicines because they don’t have an evidence base and they’re critical of the research stuff. Now when you say this will be a double blind placebo controlled test and published in a peer reviewed journal, there is no better scientific evidence from that at this point in time, is there?

N: I mean there are some very good evidence, as I mentioned to kind of individual herbs that we have. So there’s some really good published data on ginseng and in fact our parent company Blackmores, get a trial on ginseng on the very ginseng extract that we’re using with Swinburne University. And it had some very good results in terms of its benefits to kind of improving … mental capacity and working memory. And in fact the “bacopa” that we used which is that ayurvedic herb, that’s had a clinical trial published on it, for verbal attention, verbal memory and memory acquisition as well in the elderly. So there are a lot of trials, usually they study kind of individual interventions and single herbal interventions – there aren’t that many that utilize a formulation such as this. So this is gonna be a little bit new territory, but they’re already is some good evidence, sound published data in peer reviewed journals supporting the use of the individual herbs.

W: Well we’ll look forward Neal to being able to get you back to tell us the results of that study when it’s completed.

N: Yeah, I’m very much looking forward to that Wayne.

W: Now in the meantime, anyone who’s looking for more information from you Neal I guess the best part is the website www.bioceuticals.com.au.

N: Yeah, that is correct. Or they can also head out over to www.nicm.edu.au which is the website of the National Institute of Complementary Medicine. And also I think to see some of the good work that they’re doing. They’re doing some fabulous evidence based work and a whole range of nutritional interventions but I’d say those would probably cover it.

W: Neal it’s been a pleasure having you with us. Thanks for giving us your time today. I realize you’re a busy man and we do appreciate you taking the time to chat with us on the Health Professional Radio.

N: No worries Wayne. Thank you so much for the opportunity and I hope you had a great day.

W: Thank you very much. If you’ve missed my Neal Mercado Director of Research and Development of BioCeuticals, the good news is there is a transcript on our website. There is also an audio archive of this interview on both SoundCloud and on YouTube. And you can also find links to those on our website, that’s at www.hpr.fm. My name is Wayne Bucklar and you’re listening to Health Professional Radio.