The 12 Do’s of Christmas: A Season to Commit to Reduce, Reuse, and Recycle to Minimize Waste [Interview][Transcript] 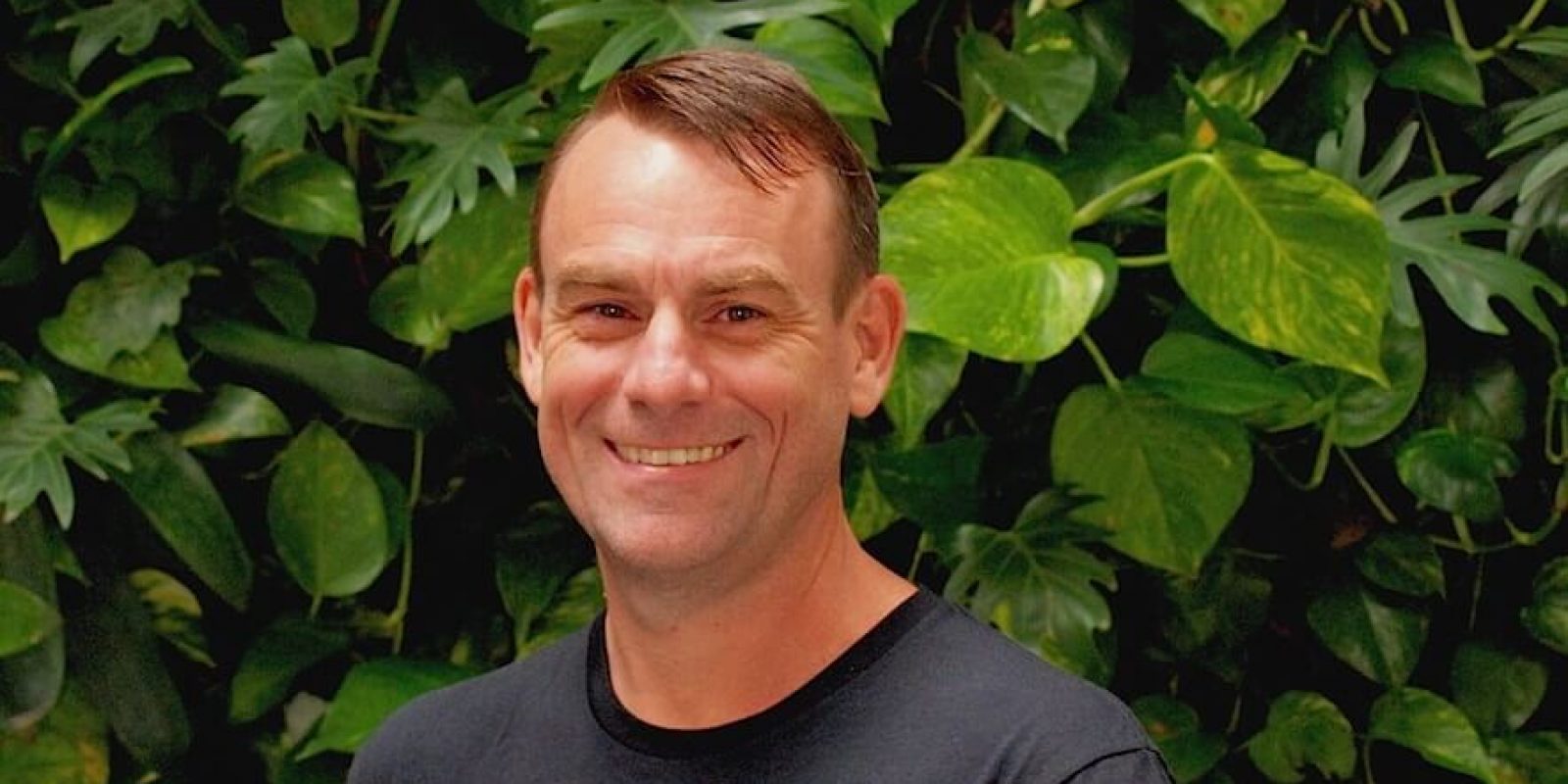 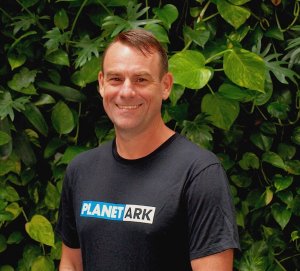 Guest: Brad Gray
Presenter: Henry Acosta
Guest Bio: Brad Gray trained and worked as a history and geography teacher before moving into the health education sector for 14 years. With a strong passion for human environments, Brad started with Planet Ark in 2007 as Recycling Programs Manager before taking up the role of Head of Campaigns in 2010. Brad works with every team in the organisation to create positive and action-based programs designed to engage Australians with the environment.

Segment overview: The giving and receiving of gifts during the Christmas season generates recyclable material that most people have minimal disposal knowledge. Gifts like computers, printers, mobile phones, clothes, furniture, and glasses are often discarded. The 12 Do’s of Christmas Campaign aims to educate and encourage people to reconsider their purchasing behaviour to help minimise waste during this season.

Brad Gray: Good day, how are you going?

H: And for first question, can you tell us little bit more about yourself and what you do?

G: Yes. Planet Ark is an environmental organization, so we have been running for about 21 years and what we focus on is encouraging people to take positive actions in their daily lives. So really what that’s about is giving people strategies for reducing their impact in terms of the waste that they generate or encourage them to get in contact with nature which has both environmental and importantly health outcomes and also encouraging people to switch to low carbon lifestyles so things like solar panels or energy efficiency. And all of which are very much focus on the environment but one of things the way absolutely recognize is that a healthy environment creates a healthy people as well.

H: And what inspired you into getting into this line of work?

G: I’ve always had a bit of interest in it. So as you said before, I used to work in the health sector for a long time and it’s about 14 years, I worked at the … for New South Wales in the education area of the organization. I suppose over the last few years there, I was kind of seeing that the environment had direct links to health and I’ve always been interested in the environment, so it’s kind of a natural progression from human health, individual human health, so it’s kind environmental health in bit of a link between the two of those – it’s what kind of really interests me.

H: And with your campaign for this December, how do you come up with the ‘12 Do’s of Christmas’?

G: Yes. So one of the reasons we came up with this campaign and this is the fourth year we’ve run it, we came up with this campaign because essentially what we did is that we looked around, we’re doing a lot of recycling information and recycling education and what we noticed is that at the Christmas Period people buy more, eat more, drink more, and party more than any other time of the year and each one of those actions has a negative environmental outcome associated with it and that is basically increased waste. So at this period of time, there’s so much extra waste being generated that waste in garbage and recycling bins become increasingly full. Recycling companies usually need to put on extra shifts to be able to deal with the waste that’s coming through their systems. So essentially what we’re encouraging for people to do over this period and look for ways that they can reduce that and if they can’t reduce it, to make sure they’re dealing with it properly so sending it to the appropriate recycling systems or doing the right thing with it so if it can’t be recycled then putting it in the right bins so it gets disposed of correctly.

H: And can you give us a quick rundown on what the 12 Do’s of Christmas are?

G: Look we’ve got three areas where we work and one of those is Resource Reduction, so using resources effectively… we kind of look around and see where there are resources that are not being used efficiently, so we’re currently working on a program for example to increase coffee ground recycling. Coffee grounds have got a lot of valuable materials in it, they can be turned into oil, so you can actually generate oil from coffee grounds, it can be used for compost, it can be used to grow mushrooms. And in most cases the coffee grounds are actually separated out independent of all the other waste, so it means it’s easy to process because it’s already separated. So we look at things like that, at what’s actually happening, is where you can tap into a resource. We also look at things that are important and our National Tree Day is one of our biggest campaign. And this really an interesting one, it’s been running for 21 years and for the last 5 years, we’ve been looking at how the campaign runs and 8 years to be mostly or almost entirely about putting trees in the ground and particularly native trees in the ground and that was really important and remains important. But what we also discovered is that there are health benefits for kids in particular, but for everyone more generally of being outside and in contact with nature. It reduces stress, it reduces anxiety, it reduces the ADHD. People in hospitals who can see trees from their hospital bed recover more quickly than people who can’t. Kids who can see trees or have more plants in the classroom learn better than kids that don’t. And so essentially what we then look to do is develop a campaign around encouraging people to have more contact with nature as well for their environmental benefit. If the kid is outside, they appreciate the nature that’s there so when they grow up they want to look after it and also that actually means they’ll grow up healthier because they’re in contact with nature. So that’s kind of how we do it, we look around and see what’s going on in society, what needs to be addressed.

H: And can you tell us a little bit more about your campaigns, which are the successful ones and which are the most popular ones?

G: Yes. So we got a few, it’s all about Cartridges for Planet Ark Programmers, it’s probably one of the most successful campaign actually and basically what it’s about is most workplaces and most homes have printers or photo copier and they need to change the cartridges fairly regularly and those cartridges are mostly made up of plastic which means if they go to landfill, they’ll sit there for many many years, 400 years up to a thousand years and that’s not good for the environment. And what we actually do is we’ve got together with some of the biggest cartridge manufactures so Brother, Canon, Epson, HP, Konica Minolta and Kyocera and worked with them to fund a program which means all of the cartridges that they produce can be brought back to a central location and recycled into new and useful products. And we’ve got about 30,000 workplaces across the country that are involved in that program and it’s about 4,000 retail collection points. And basically what that means is anybody who has printer cartridges can actually find somewhere where they can recycle them. So that’s the one of our most successful campaigns, Tree Day is obviously one of them a successful campaigns. It’s about 250,000 school kids and about 50,000 general public participate in Tree Day every year. So that’s many, many hours of people outside and getting involved in nature, looking after the natural environment. So they’re probably 2 of our most successful campaigns, actually they have huge involvement across the country so it’s very important.

H: With regards to the main take away message that you want our audience to hear, what would that be?

G: The main message we encourage people to hear is that you can actually make changes in your own life. So a lot of the environmental campaign is actually about protecting places somewhere else, so protecting rainforests, protecting the great barrier reefs, protecting a particular animal, and those campaigns are actually really really important. We encourage them to get involved with those and that actually what you do in your own life and you can do a lot in your own lives, you can recycle properly, you can reduce buying products if you don’t need them, you can go outside and volunteer for an organization that plants trees and looks after them. You can choose to buy better environmental products like recycled office paper, recycled toilet papers. So in your own life, you can make changes that have positive environmental benefits. That’s what our campaigns are all about, encouraging people to look at the way you’re doing at time of work or at school, making couple of changes and improving your impact on the environment.

H: And for our last question, how can anyone who’s interested in volunteering and helping support your cause reach you guys and probably talk to you?

G: So the best thing that you can do is actually check at our website, our general website is planetark.org and that links us to all of our individual campaigns, so do check that one out. Planetark.org you’d be able to find all of our campaigns, what you need to do with them, recycling information and our contact details there. Anyone who got any questions, we’re more than happy to respond to them.

H: Awesome. Well that’s all our questions for today, thank you for being on the show Brad.

B: Thank you very much.

H: And that was Brad Gray, Founder and the Head of Campaigns of Planet Ark Environmental Foundation. We just finished talking about how to help save the environment and the 12 Do’s of Christmas and also the Christmas Calorie Heat Map. I’m Henry and you’re listening to Health Professional Radio. If you want to listen to this interview again, you can go on www.healthprofessionalradio.com.au or hpr.fm. You can also hit the subscribe button and find us on Soundcloud and iTunes. And thank you Brad, we appreciate it.