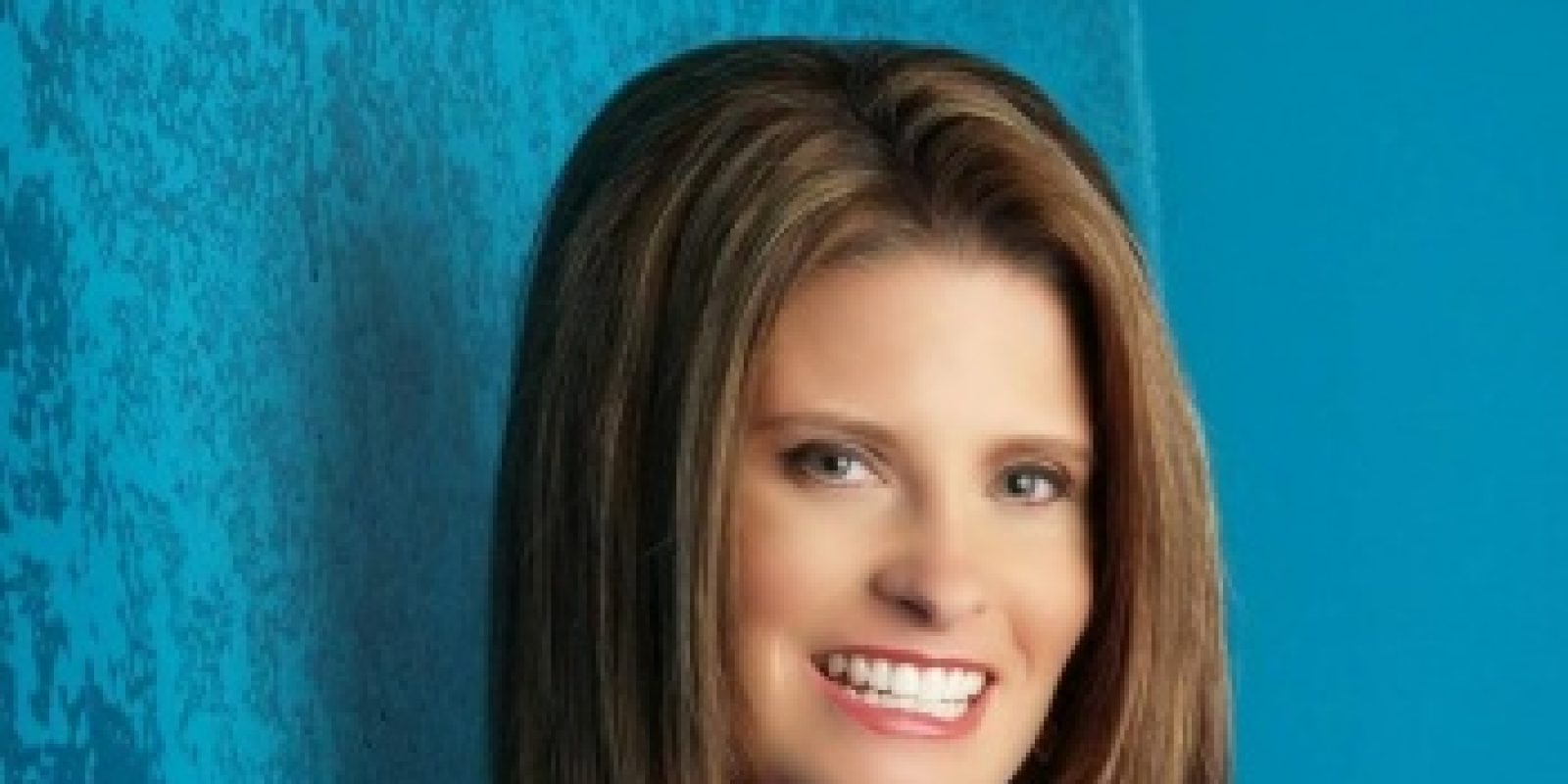 Guest: Barby Ingle
Presenter: Neal Howard
Guest Bio: Barby Ingle suffers from Reflex Sympathetic Dystrophy (RSD) and endometriosis. She is a chronic pain educator, patient advocate, motivational speaker, best-selling author, and president of the Power of Pain Foundation. More information about Barby can be found at www.barbyingle.com and more on Power of Pain Foundation at www.powerofpain.org

Neal Howard: Hello and welcome to Health Professional Radio. I’m your host Neal Howard, glad that you could join us today. Our guest in studio today is Barby Ingle, she suffers from Reflex Sympathetic Dystrophy or RSD and Endometriosis. She’s also a chronic pain educator, patient advocate, motivational speaker, best-selling author and President of the Power of Pain Foundation. And she’s here today to talk with us about chronic pain, her personal journey with chronic pain and how her foundation is raising awareness of chronic pain. How are you doing today Barby?

Barby Ingle: I’m doing okay. Thanks for having me.

B: Sure. Well I’ve been suffering with chronic as you said endometriosis which is a female problem since 1997 and then I developed the reflex sympathetic dystrophy in 2002. Most people have heard of endometriosis, so I’ll say a little bit about living with RSD.

B: It’s a progressive neuro-autoimmune disease. It affects multiple systems of my body, reflexes, everything in your body that’s automatic – so swallowing, blinking, tears, intestines, heart, everything that’s automatic, because … sympathetic involves my sympathetic nervous system and dystrophy is loss of muscle and bone and weakness. So that’s how it lays out and it affects my life in a great number of ways and actually I’ve been pretty good now compared to where I came from. I was in an auto accident in 2002 and that 8 seconds changed my life. And right away I had the burning fire pain in my face, neck, and shoulder after the accident. It was different in any other pain I experienced. But prior to my accident I was the head in cheerleading and dance coach of Washington State University and for 8 years in, I always thought I was an athlete my whole life, and I always thought, anybody can deal over pain it’s a matter of just wishing it away and suck it up, put a bandage on and get back out there. This was something that was incredibly different that I’ve never experienced before. And the burning fire pain and I started going to doctors, chiropractor, physical therapy. It took me 42 doctors to misdiagnose me before the 43rd doctor got it right.

B: And that was a 3-year process. And then it was another 4 years before I even got a proper treatment that helped treat me in a way that could help me manage my daily living. So during that time I had surgeries, I had complication. I had a one doctor diagnosed me with thoracic outlet syndrome due to the swelling from the RSD, I was rushed in to having a rib removed, when the doctor did that he made a mistake, he left the bones for going to my lung and another bone for wrapped around my hip, break hip reflex nerve bundle. And caused the side lung collapse, one was a major collapse, I had internal bleeding from complications to medication, too much… and started to develop kidney stones, everything that could go wrong went wrong. And so I had to figure out how to become my own best advocate, and once I started doing that, is when I started getting better treatment. When I started researching and not just jumping into whatever was offered but figuring out if this the great things for me, really made a different in my life.

N: Okay. So 42 doctors misdiagnosed you.

N: One of these doctors who misdiagnosed you, made mistakes during surgery, was this surgery unnecessary in the first place and then on top of that mistakes were made that caused further complications?

B: Exactly right. I did not need the surgery in the first place, but I didn’t research for myself. And basically I was told by the intravascular surgeon and he said “You are going to die if you do not have this surgery.” And he scheduled that within 5 days. And I didn’t stop to question, I was just in so much pain that I rushed into surgery, and then had major complications, that had a lung surgery, have the 5 lung collapses, 1 was a full collapse, the other 4 weren’t as severe, I did have a pneumothorax. I kept telling him “Something’s wrong. This doesn’t happen.” And he would say “Oh some people after surgery have spontaneous lung collapses.” And so it can take up to 6 months to realize that that wasn’t what was going on. I really tried to tell him from the beginning something else is wrong, I’m worse now than I was before surgery. My pain is worse, it spread, I’m not doing well and he didn’t want to admit that he did something wrong. I ended up seeking another provider who didn’t really try to scan of my body and said “I know what the problem is,” and he gave me a picture of it and he said “These bones were going into your lung, that’s why your lung keeps collapsing. This one is took around your break hip reflexes nerve bundle that’s why your pain is spreading.” And then the first doctor came back and apologized and he said he was sorry and he recurred shortly after that. But it’s a mistake that happened when it wasn’t even a surgery, and he did it.

N: Is it caused by an injury or is it something that develops over time and then all of a sudden you’ve got this flare that doesn’t stop of pain? How did it come about? When did it first start?

B: Okay. In 2011 there were studies that came out saying that autoimmune disease and they can find it in our blood. Other countries have blood test for it, this is not available here in the US yet. But at the time of the accident, I didn’t know that. And so what I’m told is “Your body is … by injuries” and then you were, it’s like somebody slaps you across the face. The first time they slap you across the face, you’re shocked. You know like “what’s that?” The next thing somebody walks up and slaps you across the face, your bodies start to protect yourself and say “I’m not gonna let that happen again.” Well that’s kind of what happened with I went thru endometriosis, and then I had a knee surgery due to a cheerleading accident. I’ve got better after that knee surgery. The next year I got, I had this auto accident and that knee surgery was this if somebody slapped me. The auto accident was basically my body was already primed and I have these auto agents in my body, so they triggered and that’s what makes it chronic. That’s what makes it something that becomes long term versus something that’s short term. Also not having proper treatment in such a long, you know that 3 year period exacerbated everything that was going on.

N: So is it basically RSD is like turning the pain switch on and basically leaving it on?

B: Correct. Yes, once the auto agents in my blood are triggered, to get it to turn back off is very difficult. And so basically that’s what makes it become chronic. In 2009, 7 years after I developed RSD I underwent infusion therapy that actually put me into remission or a state of remission, that I went from a wheelchair to walking in a 7 day period.

B: That quick, getting the right treatment. But I did so many wrong treatments leading up to that, that it spread full body and then put me into a wheelchair with dystonia my arm… the infusion therapy helps through with dystonia, it helps with the chronic pain, and it’s the burning fire pain. And I also have other pains like sharp pain, electric pain, those come and go, the burning fire pain was all the time.

N: As an athlete, obviously you’ve dealt with pain. As a cheerleader, you’ve hurt yourself, you’ve sprain ankles and what not being an athlete. What type of awareness of pain and pain treatment were you familiar with before this? I mean as an athlete, were you used to using just heat-cold therapy or were there pain killers involved?

B: There was some pain killers involved except for when I tore my meniscus and patella tendon. And when I had that surgery, I had pain medication but it was for less than a week. It was like very short acting time. So yeah I had it right after surgery and for a few days and was done with it. After I developed RSD I didn’t want to take therapy for long time use. And I was taking a NSAID and for over a year and I developed internal bleeding from taking an NSAID and realized “Okay, this is not something I can continue to do.” I need to switch to opiates to help protect my stomach from the bleeding ulcers. So I did end up switching up to long term but prior to as an athlete, I would elevate with use ice, use heat, and there were those types of approaches. And also chiropractics and we had a team doc, I’m coaching on the university level, so we had team doctors that were there in anything happened to anybody with trainers that are practicing, there are team doctors that we could see for free and everything was taken care of. So really I wasn’t aware of any long term take care need, only short term care needs. And when I had students, now if I went back and coach that this point in my life, I would be a lot more cognoscente of the things that happen with chronic pain. And when people were complaining over a long period, instead of saying “Suck it up. Go get a cortisone shot and wrap it and then get back on the field, we need you.” I would have stopped and paid attention so that they could start to help sooner. And I’m really sad that I wasn’t aware and didn’t do that as a coach. So hopefully sharing my story will help other people that hear this understand that there is a difference between acute pain, that’s short term. That they can be taken care of and you heal when you get better. And then injuries that are long term chronic whether it’s a disease or an injury that leads to a chronic pain condition – it needs to be treated differently.

N: And where can we get more information about your Foundation and about you as well?

N: Great. You’ve been listening to Health Professional Radio, I’m your host Neal Howard. We’ve been talking in studio today with Ms. Barby Ingle – a sufferer of RSD (Reflex Sympathetic Dystrophy) and also endometriosis. She’s a Chronic Pain Educator, a Patient Advocate and also a Motivational Speaker and best-selling Author, as well as President of the Power of Pain Foundation. We’ve been here talking about some of the obstacles that one faces when they suffer chronic pain due to simply a misunderstanding of what chronic pain is and how to quickly identify it and thereby treat it. It’s been great having you here with us today Barby.

B: Thank you so much.

N: Thank you so much. Transcript and audio of this program are available at healthprofessionalradio.com.au and also at hpr.fm and you can subscribe to our podcast on iTunes