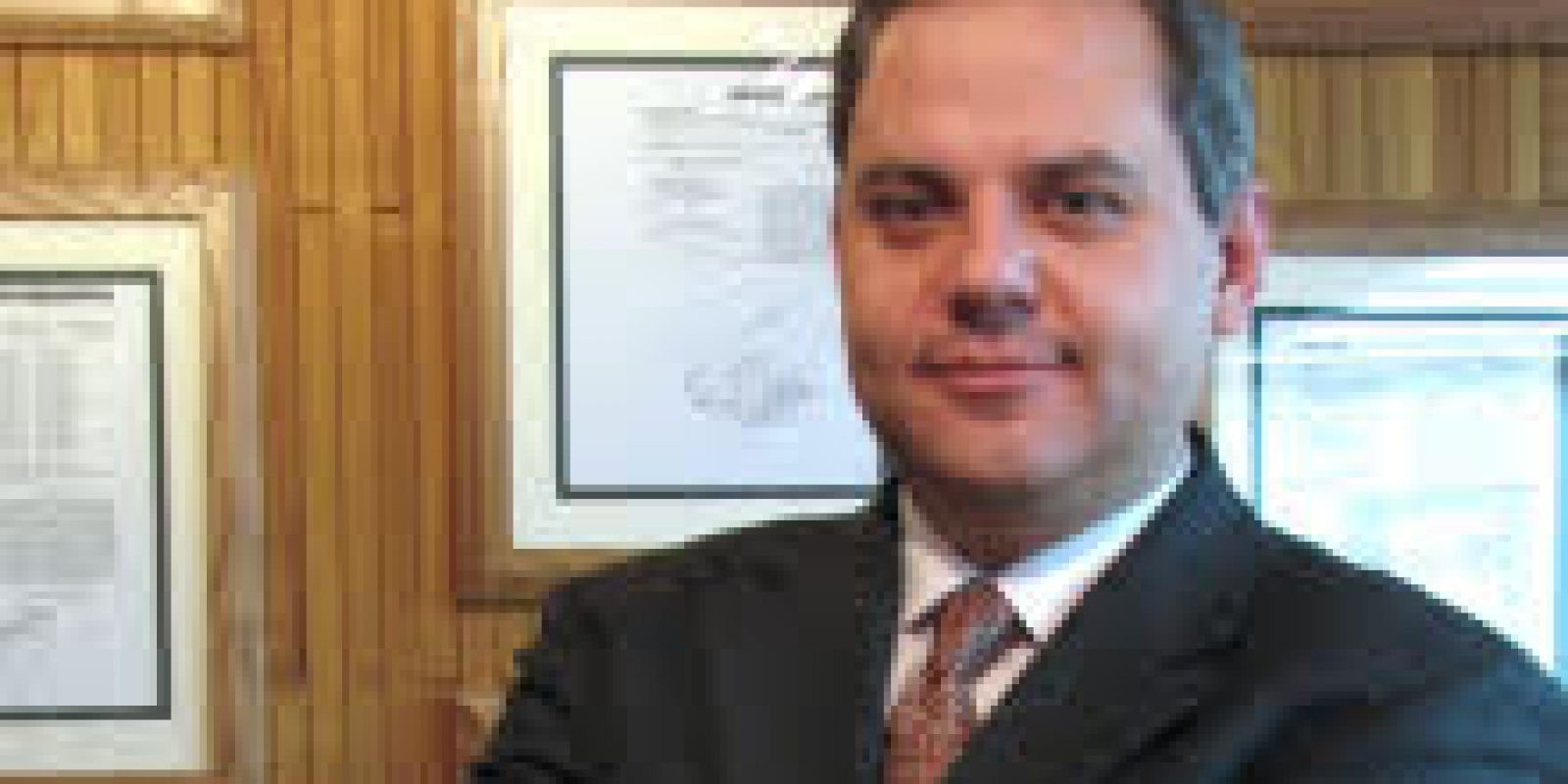 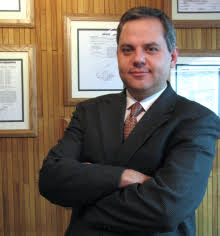 Guest: Dr. Emilio Sacristan
Presenter: Neal Howard
Guest Bio: Dr. Emilio Sacristan is Professor of Electrical and Biomedical Engineering , Director and Founder of the National Center for Medical Instrumentation and Imaging Research, CI3M, at the UAM-Iztapalapa in Mexico City. He is also an active entrepreneur seeking to translate medical innovations to the market, having served as founder/CEO/CSO of Enviva Corp. (MA), Innovamedica (Mexico), Abdeo Medical (Mexico and CA), Critical Perfusion Inc. (CA), and currently serves as Chief Science Officer of Nervive, Inc. He holds a B.S. in EE and M.S. and Ph.D. degrees in Biomedical Engineering from Worcester Polytechnic Institute.

Segment overview: In today’s Health Supplier Segment, Dr. Emilio Sacristan, Director and Founder of the National Center for Medical Instrumentation and Imaging Research, CI3M, talks about the development of a new early treatment for stroke and the development of an artificial heart.

Neal Howard: Hello and welcome to Health Professional Radio. I’m your host Neal Howard, so glad that you could join us today. In studio today with us is returning guest Dr. Emilio Sacristan. He is professor of electrical and biomedical engineering since 1995. He’s also the director and founder of the National Center for Medical Instrumentation and Imaging Research. He is returning today to talk with us a little bit about some of the technology that his organization is involved in the development of new medical technology. And also to specifically talk about the development of a new early treatment for stroke. How are you doing today doctor?

Dr. Emilio Sacristan: Very well thank you, it’s a pleasure to be here.

Dr. Sacristan: Well we’re trying to enable, the work is being done in a lab to be transferred to industry, to the clinical setting, to the hospitals, to the regulatory bodies so that it can be actually implemented in clinical practice. It’s a convoluted path that technologies have to travel in order to get from the lab to the clinical setting.

N: You are currently working on an early treatment for stroke, is that correct?

S: Yes, since three years ago we’ve partnered with an American company. This company based in Ohio called “Nervive Inc.”

S: Nervive Inc. is a medical startup created to develop an early treatment for stroke. And we’ve been working with them from several years back, developing a technology and testing it in our lab. We’ve been doing a lot of animal work, some engineering. And now we have just began clinical trials, so first human trials actually I have to say. We’re starting with a normal healthy subject to find that those responds to electrical stimulation as a facial nerve, which in our previous research we’ve found that in animals, stimulation of the basal motor component of the facial nerve causes a basal dilation of the cerebral arteries. A significantly increasing blood flow to the brain and it’s in effect that last several hours. So after a short period of stimulation, we get a significant increase of blood flow. And we have proposed this as a very early treatment for stroke. But we’re far from there yet, we were just starting human trials. Now I could speak to a little bit of what we found in animals. We’ve tested in several animal models – rabbit, sheep, pigs, dogs – the model that we’ve tested the most is a pig model, which we found that is in many ways very close to the human. And in this model if we just apply 2 minutes of stimulation of pulses, magnetic pulses we give 1 pulse a second, no I’m sorry 10 pulses a second for 2 minutes. And we do this with a coil that’s placed over the along the ear canal and that creates a magnetic field that triggers an electrical response in the nerves at the genetic ganglia. And when we do this, we create an increase in blood flow to the brain of about 85% above normal. And that effect lasts up to 4 hours. So a short bursts of stimulation for 2 minutes will significantly increase the blood flow to the brain.

N: When someone suffers a stroke and that is due to lack of oxygen to the brain, yeah?

N: Now how soon after a stroke with this early treatment be appropriate once it is perfected and trialed?

S: Here we’re relying on a lot of the previous research that’s already been done for other treatments such as thrombolytics tPA and other techniques. Basically it’s been pretty much established that after 4 and ½ hours or 5 hours of ischemia, most of the brain damages are reversed. And particularly once 8 hours have gone by, the damage to the brain, the ischemic tissue will become infarcted you’re not gonna be able to receive that tissue. So the idea here this to be used as a very early treatment, to restore blood flow where you can’t. And the idea here is that when you have a clot, the clot will block an artery but our brains have a lot of collateral circulations, a lot of interconnection of through the arteries. So we increase the blood flow we get around the clot, we get a lot of collateral blood flow and we can restore a lot of the blood flow to some of the tissues, not all of it. We did a trial that’s been published with the dogs, with an induced ischemic stroke where we injected a clot. And we found that at the unfitted dogs would get a lesion or infarct of about 18% to 20% as a blood, the total brain volume. And once they were treated we have the same volume of hypoperfused brain but then we reduces that to about 3%. So we can’t restore the blood flow to all the tissues but any little bit that we can save is tissue that we’ll not have to worry about rehabilitation later on, which is the really most of the treatment for stroke right now is really rehabilitation, not so much restoring blood flow.

N: So basically what you’re saying is the treatment now is the basically fight through or rehabilitate through the damage that’s already been done. To try and regain some of the motor functions and possibly speech and things to that nature as opposed to being able to increase blood flow and I guess the rehabilitation that is going to be necessary because some of the tissues is going to be destroyed regardless. I guess the rehabilitation would be significantly shorter or maybe more effective.

S: Yeah, the difference might be even lifesaving. I mean the little bit of brain tissue that you saved might be controlling some vital function, that this could be lifesaving. There are treatments, early treatments. The most used one and basically the one there is right now is thrombolytic tPA which is administered within the first 4 and half hours and it will rapidly dissolve the clot and restore blood flow. This would be something that can be used even earlier because the administration of tPA requires differential diagnosis. You need to have the patient undergo imaging either MRI or a CAT scan to determine that it’s ischemic stroke and not hemorrhagic stroke, tPA can be very dangerous for hemorrhagic stroke patients because it will restart bleeding. In our case what we found is that and there’s no reason why stimulating the facial nerve would cause re-bleeding because it doesn’t really reflect the clot in anyway. It acts on the central nervous system causing just a relaxation of the muscles of the walls. So we’ve tested this thoroughly in hemorrhagic stroke model, we’ve found that we do not cause any bleeding, any increase in bleeding so it would be safe in that sense. Of course we need to complete, do more research in humans to show this, before this will be accepted and put for clinical use but surely all the research that we done today, confirms what we would think about this, the method of action which is that there’s no reason why you would think this would be dangerous.

N: And patience who have suffered a stroke, who are conscious and can still communicate as opposed to those who are border line unresponsive, how significant would the treatment be? And second part of the question is where can we get more information about the treatment?

S: Okay the first question is well let me answer it this way. The vision where we’re going this of course way down the road, is that this eventually could become something like the defibrillator. But instead of trying to save your heart, you try to save brain. And of course the key here is to apply it as quickly as possible, as soon as symptoms become evident that this is a form of stroke, to stimulate either this could be done possibly in an ambulance or first responder which will just buy you time to get to the hospital and then get any other treatment that maybe available. One of the big problems that we have with stroke is a lot of patients by the time they get to the hospital it’s too late -the damage is irreversible. But there are a significant still number of people, they get a stroke and do get to the hospital within that time window. And the earlier the better, the earlier you treat, the better the prognosis. As far as the information what we right now, we’re still on early stages. We have concluded years of animal research, we’re still going to do more animal research. In fact we’re undergoing some more trials in animals right now. We’re polishing this into literature and if anybody wants to ready upon this if you can look up, you know do literature search on stroke and on magnetic stimulation of the facial nerve, all of our publications will show up. Certainly once we get and we are already taking our first steps to do multicenter trialed in the US and in Mexico and possibly in Europe beginning mid-2016. So there will be more information on the web but of course we don’t have that yet, we haven’t started yet. So we’re laying the ground work with the regulatory bodies to allow us to do this trial.

N: Very exciting, exciting possibilities. You’ve listening to Health Professional Radio, I’m your host Neal Howard. We’ve been in studio today talking with Dr. Emilio Sacristan, professor electrical and biomedical engineering and also director and founder of National Center for Medical Instrumentation and Imaging Research in Mexico. We’ve been here discussing some new technology that he and his organization are involved in that centers on the early treatment of stroke and development also of different technologies as well. It’s been great talking with you today doctor.

S: Thank you very much Neal. It’s been a pleasure.