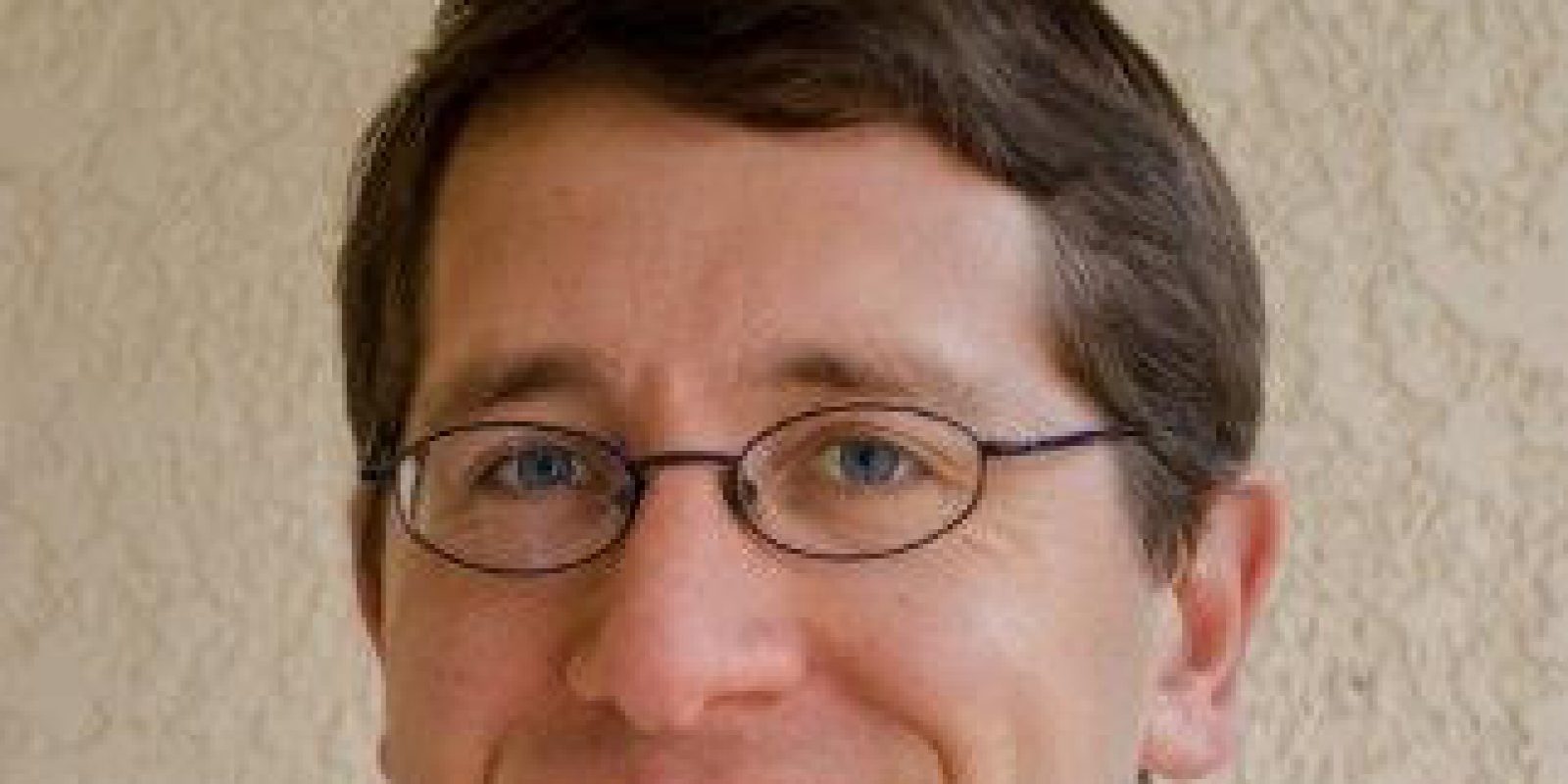 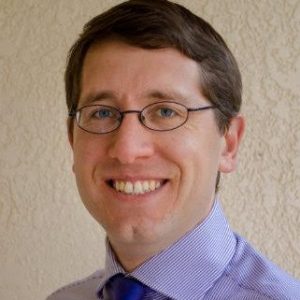 Guest: Dr. Harvey Lander
Presenter: Wayne Bucklar
Guest Bio: Dr Harvey Lander is a Director at the Clinical Excellence Commission in Sydney. He is responsible for the Sepsis, Between the Flags and Medication Safety programs. Dr Lander and the CEC Sepsis Kills program have been strong advocates for prompt identification and start of antibiotics for both paediatric and adult sepsis patients.

Segment overview: In today’s Health Supplier Segment, know more about the board-governed statutory health corporation Clinical Excellence Commission from our guest the Director of Medication Safety, Between the Flags and Sepsis Dr Harvey Lander. Established in 2004, their areas of focus include engaging patients and consumers in care, improving clinical practice, building capacity in health care and using data to drive change. The CEC works closely with local health districts and specialty health networks to deliver safety and quality improvement in the NSW public health system.

Dr. Harvey Lander: Hi, thanks for having me.

W: Now Harvey, your title is long. Tell us what it is that you do.

L: So I am the Director of the Clinical Excellence Commission and I work in the areas of Deteriorating Patients as you said which incorporates Between the Flags program and Sepsis as well, as well as Medication Safety.

W: I see. So sepsis is a program in its own right then?

L: It is. It’s a program that was established as part of the Clinical Excellence Commission to improve patient safety and clinical quality across New South Wales hospitals.

W: And that’s executed I assume by hospitals reporting cases. And then what’s your work involve?

L: Okay well the Sepsis Kills Program itself is focused on improving how we can identify and treat patients with sepsis. And the way it was established was through the information that we receive from incident reports, into Clinical Excellence Commission, over a number of years where we’re seeing that we know that sepsis is a potentially deadly blood stream infection and it needs earlier identification treatment. And ideally particularly in those severe sepsis cases, within the first hour of recognizing symptoms. So recognizing sepsis and beginning treatment early is essential to good patient outcomes and that’s what we’ve been doing. I can talk to you a little bit about the number of lives that we’re trying to save, we’re currently with New South Wales public hospitals are saving about a 150 lives each year by driving down the response time for patients with sepsis. And the program began in 2011, before we introduced the program, it would take an average of about three hours which was an aggregated median time for antibiotic treatment to begin on patients that were identified as potentially or having sepsis in our emergency departments. Now we’re consistently beginning treatment within 60 minutes, so that’s part of the work that we’re doing. So as a consequence over the last few years since introduction in 2011, the risk of the patient dying from sepsis in New South Wales public hospital has dropped by more than 30%. So if we look at approximately 6,000 patients were hospitalized each year in New South Wales hospitals due to sepsis and diagnosed with sepsis from coding in hospitals, over that period of time 2 years before the program was established about 3,053 people died from sepsis in hospitals or about 1,020 each year. In 2012 the figure dropped to 979 and then in 2013 the figure had dropped further to 870.

W: And Harvey is that just attributed to that urgent diagnosis and intervention with antibiotics?

L: We believe, yes. We believe the evidence is that there’s been a linear decreasing trend in mortality in the last 3 or 4 years. And so for instance in 2011, from about 19.3% that mortality rate to about 14.1% 2013 we’ve seen decreasing trends have also been observed in ICU in terms of a number of hours in ICU that patients are spending and also the length of stay in ICU. We believe that there had been a number of contributing factors to decreasing number of deaths. The increasing recognition by health professionals of the need to think about sepsis, in any patient who’s deteriorating, and also the need to treat them early. And it’s on the back of the work that the Clinical Excellence Commission had done, Between the Flags which is the other program, which really put in to place a whole of system response to deteriorating patients that involved a multivalence strategy. And very much the work of the clinicians and I want to emphasize the clinicians in the hospitals improvements so their engagement in their work at the hospital level that has led to some improvements in patient outcomes, deaths, and obviously morbidity as well.

W: That is a spectacular result from what is not new medical technology, or great research but rather just awareness and diligence by the sound of the way you describe it.

L: Yeah, it is. I think one of the important things to say about this is that it’s exactly that. It’s not necessarily new drugs that will produce, they may well produce great improvements but it’s the actual application of the evidence which has come about through research and evaluation and Australia was at the forefront of deteriorating patient work many years ago and we have been, we have published this in Australia. We have a number of very eminent clinicians and the work that we’ve done publishing a lot of this work in trying to make sure that our system is more reliable so that if we know the evidence for treating sepsis early and identifying patients early and increasing that awareness, and we actually more risk consistently apply that knowledge, we know we’re gonna get better outcomes because we’re being more reliable. And patients are getting the care that we all wish them to get.

W: I thank you for taking the time to tell us the story with this Harvey. It is one of those stories that we don’t hear enough off I think coming out of the hospital systems where there’s a really good result.

L: That’s true. And also it’s the ability to take opportunity to recognize and thank the staff because, they obviously they’re very hard working, that there is strong desire for improvement. And it’s also testament to the increasing capacity in improvement locally. So that more and more of the hospitals and the clinicians are getting to see data and making that into intelligence so then they can actually review their own local practice. So part of this sepsis work is a strong desire to not just collate information, but to give it back to the hospitals so that the hospitals can look at what they’re doing, compare themselves to where they want to be, and then put in practice improvement methodology to measure that over time and to measure that improvement.

W: Dr. Harvey Lander from the Clinical Excellence Commission in New South Wales thank you for your time today. Harvey if people want to get in touch, I guess the website is the best way to do that?

L: Absolutely. We have a website which shows the over 20 programs which describe how we can improve healthcare. In addition people can contact the Clinical Excellence Commission and we often receive requests for information or opportunities to partner with our organization. So we’re very much keen to look at how we can collaborate across and going forward into the future. So thank you very much for allowing me to talk today.

W: My pleasure. That website listeners is www.cec.health.nsw.gov.au If you’ve missed my conversation with Dr. Harvey Lander we have a transcript on our website. And we have an audio archive on YouTube and SoundCloud. Links to all of that information is available on the Health Professional Radio website at www.hpr.fm. This is Wayne Bucklar, you’re listening to Health Professional Radio.