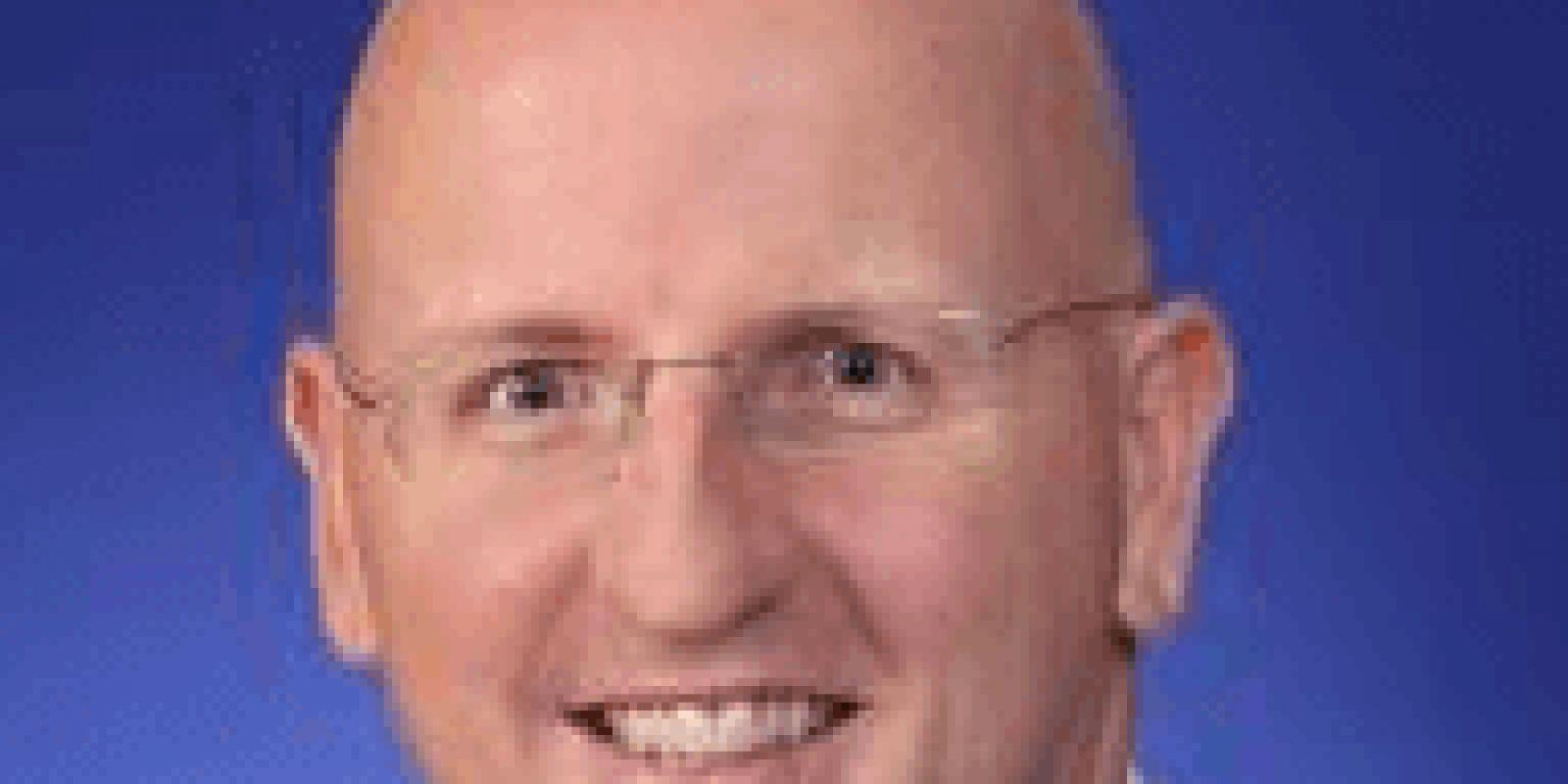 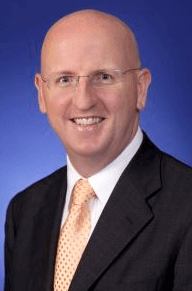 Guest: Tom McLeod
Presenter: Wayne Bucklar
Guest Bio: Tom McLeod is the National President of Coeliac Australia. His professional background is in governance, risk and audit. He is a Chartered Accountant. He was previously the Head of Internal Audit at Rio Tinto and before that the General Manager, Audit and Fraud at SingTel Optus. He is now the co-founder of a boutique governance, risk, audit and fraud prevention consultancy called McLeod Governance. His “coeliac” background is that he was diagnosed about 13 years ago – he was having sharp pains in his stomach that would, literally, bring him to my knees. It was the inevitable visit to the doctor that started him on the journey to diagnosis. The diagnosis and my strict adherence to a gluten free diet has fundamentally and positively changed his health.

Segment overview: Coeliac Australia is a national not-for-profit association, comprising five state organisations supporting people with coeliac disease. Coeliac Australia provides a framework for the states to work together, share resources and fulfil its vision: To enhance the quality of life of people with coeliac disease and those medically diagnosed as requiring a gluten free diet for life and to support research towards a cure or other ethical forms of treatment. It was formed to provide a forum to promote the national welfare and uniformity of purpose and objectives of the state Coeliac organisations throughout Australia.

Tom McLeod: Thanks Wayne. Thank you for asking me on to Health Professional Radio.

W: It’s a pleasure to have you with us. Now Tom, I guess most of our audience know about coeliac disease, but tell us about Coeliac Australia. What it is you do and what geographic footprint do you service?

T: Yeah look, well Coeliac Australia is the not for profit advocacy organization for those who are impacted by coeliac disease. And by that it is one that’s put it in the context, that 1 in 60 Australians have coeliac disease, however 4 out of 5 of those people are undiagnosed. So our role is to raise awareness of the disease, also to encourage those who feel that they may be coeliac to seek appropriate diagnosis and to support them post-diagnosis. Our geographic footprint is one as our name would suggest is all of Australia. We are the umbrella organization that works with the state coeliac societies. So there’s Coeliac Western Australian, Coeliac South Australia and Northern Territory, Coeliac Victoria and Tasmania, Coeliac New South Wales, ACT and Coeliac Queensland. And we have strong relationship, each of those individual states and territories have their own operations. And we also have a very close relationship with Coeliac New Zealand and many of the Global Coeliac organizations.

W: I see. Now is most of your member service then delivered through your state organizations Tom?

T: Yeah look, it is. And we split it up because it needs to be local. The person needs to have that support close to them, they need to understand and be able to do things as basic and as common as doing shopping … when they’re first diagnosed. To be able to have the confidence to going to a supermarket and be able to identify what food is part of a strict gluten-free diet. It is also then at a state level in terms of the organization of the gluten-free expo to their health throughout the year, in each state they’re enormously popular. And then at the national level what we can do is bring the common things together, the common advocacy, common sponsorships and also to fund research at a significant level as well.

T: There’s three things I would like the audience to understand. Firstly Coeliac disease is not a choice. When one is diagnosed with coeliac disease they have to follow a lifelong strict gluten-free diet. We benefit from the gluten-free fad, but in terms of the expansion of the available products in the market place, but we are not going to jump on to the next fad and say it’s a gluten-free fat there’s on, so that’s the first thing, that it’s choice. The second thing is that it can make people considerably very sick if they consume gluten. The sicknesses manifest themselves from no symptoms, which is somewhat paradox due to…through to quite extensive damages to organs and bone weakness. One of the key issues around undiagnosed coeliac disease is the absence of or osteoporosis, because you’re not getting the nutrients you should otherwise be doing. And third thing I’d be saying is that we collectively, as those passionate around health and health overall, has to work hard to increase the diagnosis. One in 60 people in Australia, 1 in 60 – 70 men and 1 in 60 women are coeliacs, but 4 out of 5 of those people do not know it. And many people just treat the symptoms fatigue, brain fogs and other thing as just that is the way that life has to be and that’s not the case. And so the only way that we can improve the life of people is they focus heavily on getting the proper diagnosis. And that’s where the GP’s and the nurses, the frontline staff are enormously beneficial in helping us get the message out that “If in doubt, check it out” and then once you’re diagnosed “If in doubt, leave it out” in terms for the food.

W: It’s good advice indeed. Tom I noticed there is a Coeliac Awareness Week on the calendar, can you talk about that?

T: Yeah look every year in March, we have what’s called the “Coeliac Awareness Week” and it is a nationally coordinated effort once again done both by the local and international level, to seek to increase awareness around coeliac awareness and coeliac disease, and… That we have taken different numbers of different angles over the years, this year will continue to be focused on the frontline diagnosis, the GP’s and those who are keen to better understand that … The Coeliac Awareness Week is just one hour of our awareness campaign peak point in our year. But we seek to raise awareness throughout the totality of the year through conversations such as this, through discussions with key state holders and town holders through meetings and through the sharing of information. And as I said before, things such as the gluten- free expo which helps people understand and exposes them to world leading thinkers in this space.

W: You’re listening to Health Professional Radio. My name is Wayne Bucklar and my guest today in conversation is Tom McLeod President of Coeliac Australia. Tom in every interview there’s always a favorite question for the presenter to ask and this is my favorite question. In every industry there are misconceptions, what’s the biggest misconceptions amongst your members, colleagues, clients, patients, doctors, that drive you nuts and keep you awake at night?

T: Yeah, look it’s not so much the misconception is that constituents about coeliac disease, because if they’re being exposed to it, they tend to seek to want to know more about it. It’s the constituency that deliberately ignorant or is uneducated around coeliac disease, but sees it as a choice, sees it as an optional lifestyle rather that something that’s imposed upon the person that has coeliac disease. It is a misconception that frustrates, but at the same time in any advocacy organization it’s also shows, how allows us to mechanisms in terms of education as well. So it’s a bit of a glass half empty, and a glass half full because at least we know who we have to target with our education efforts. And I think that’s a really important message, is that we need to continue that the prize here of piece, the prize of piece is eternal vigilance, the prize is lack of ignorance in turn … and that’s the business we’re in.

W: I can understand how that misconception is big enough to give you some sleepless nights and perhaps today we’ll at least help with our constituents with the clinical side of it and provide a little bit more awareness amongst some of our listeners. Tom it’s been a pleasure having you here with us, I do appreciate your time. For those listeners who have just joined us, my guest is Tom McLeod President of Coeliac Australia. Tom how’s the best way for people to get in touch with you?

W: There is probably two ways, one is through the website coeliac.org.au or alternatively people want to write to me directly they can send me an email at president@coeliac.org.au and I’ll make sure that it gets on to the right person who can handle the query that’s being addressed.

W: Now because I’m always getting into trouble for not giving listeners enough warning, that website again listeners www.coeliac.org.au. Tom thank you for your time, it’s been a pleasure having you with us.

T: Thank you Wayne. I really appreciate the opportunity to speak to your audience.

W: If you’ve missed out my conversation with Tom McLeod, the good news is we have a transcript on our website. We also have an audio archive of this interview on both YouTube and SoundCloud and you can access all of those resources through the Health Professional Radio website at www.hpr.fm. Thank you for listening, this is Health Professional Radio.