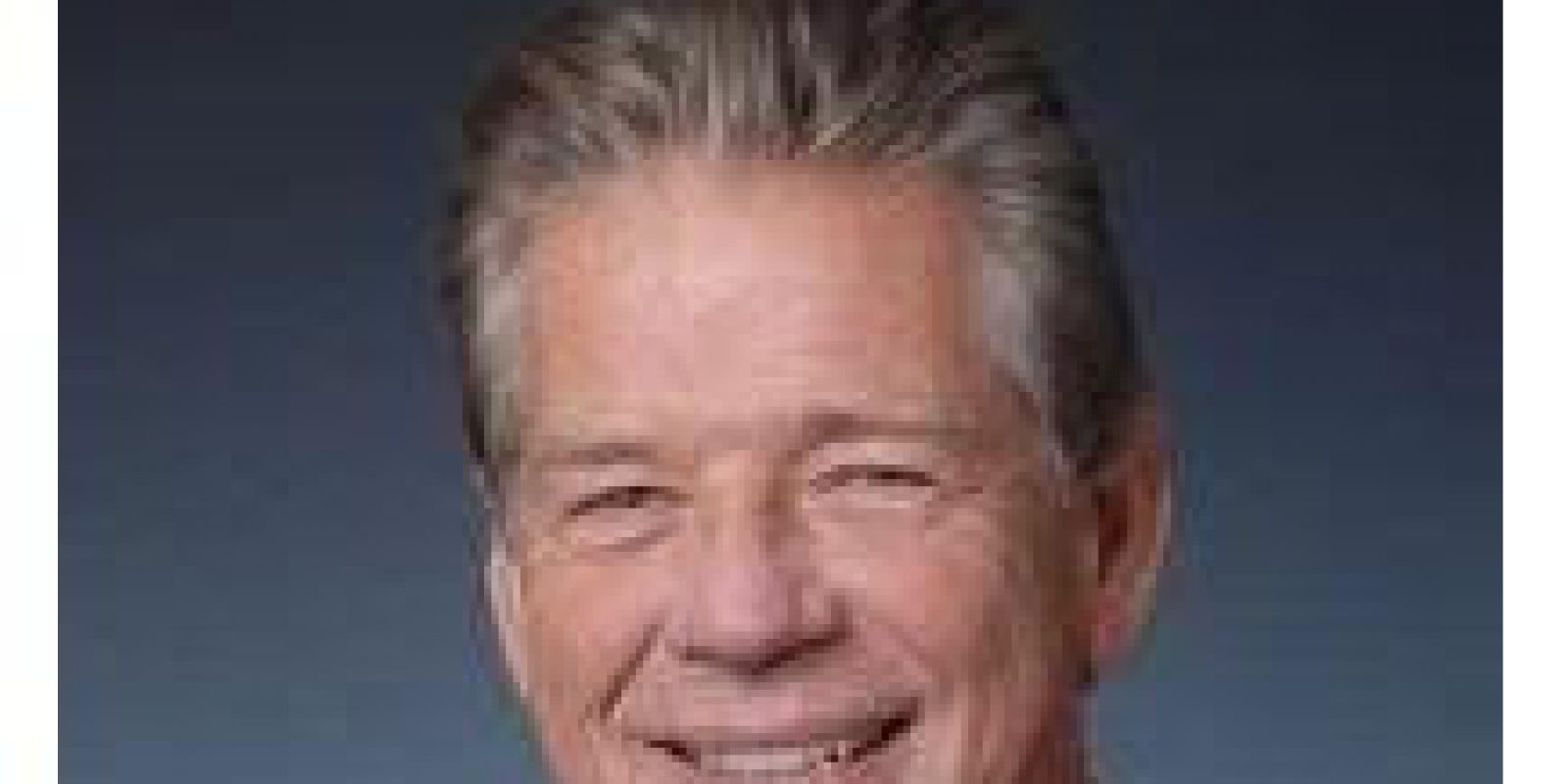 Neal Howard: Hello and welcome to Health Professional Radio, I’m your host Neal Howard for this Health Supplier Segment. Thank you so much for joining the program today. Our guest in studio is Mr. Jim Mahon, he’s Managing Director of Compass Clinical and he’s here with us to discuss how a growing number of hospital and health system CEOs are turning to interim health care executive talent to help fill some temporary vacancies in leadership, achieve significant change in a department or perhaps mentor in-house managers. Welcome back to the program Jim.

Mr. Jim Mahon: Thank you Neal, it’s my pleasure to be here.

J: Well Neal Compass is one of the leading and also smaller consulting groups in the country. It’s been around about 40 years and it’s significant amount of its activity involve helping hospitals when they get in trouble with the federal government or their regional crediting agencies or they’ve had a major incident which puts them in the term they use as a… jeopardy so we assemble sort of almost a SWAT team of not doctors and nurses to go into hospitals and help get them out of the situation they’re in sometimes that needs an immediate response. And the other major thing we do we place interim executives in hospitals around the country when they need to see some deterrent command because they’ve have an immediate need for leadership either through sometimes sadly sudden death or a termination, somebody leaving with limited notice and they got to get somebody in there quickly who can hit the ground and be effective and not just sort of called to place.

J: Well that’s a great question. I would say about 80% of the instances when we send in an interim at some point they’re offered a fulltime job. Now most of the time they respectively decline because they want to remain probably in the city or state where they’re residing with their family but often times they are offered the job and rarely but sometimes they will accept it and that’s fine with us if it’s a fit, it’s a great thing. Most of our interim executives we use the term ‘whistled not chiseled,’ most of our executives are very seasoned, have been in the sea suite and health systems across the country so that any position they go into they’ve been at least at that level of one or two notches ahead. So they could come right in and start working immediately on correcting what issues there are, whatever charge that the employing hospital wants them to fill and consequently a lot of them works six to nine months and then they’ll want to go back and spend time with their grandkids or travel. So they’re used to high intensity 60 hour a week and they go back home every other weekend and then they come back and it’s a very, it’s a special kind of person that can do that.

J: Well what we do as part of the arrangement is that we actually fund their travel home at least two times a month and it’s pretty quick. It’s usually they’ll leave after the end of the day on a Friday and they’re back on Sunday evening. Sometimes they’ll often will stay over and work the weekends maybe two of the four weekends, it just depends on the arrangement. And a lot of the work they do besides being actively involved on the floor, they can do electronically as well. So if it works out that most of our clients are more than happy with the amount of effort and time that our folks put in.

N: Now have you ever operated as an interim executive yourself? I mean you’ve got well over 30 years’ experience in operation improvements of health care facilities?

J: Yes, I have. In fact I just came off in an assignment that was supposed to be six months at The University of Texas Medical Branch in Galveston and it went almost 4 years, so and this is not unusual. A lot of times our folks will go in and in my case I had 6 different assignments, I went it initially to oversee the running of the research program and I did that for a couple of years and they asked me to do this and that. So it could be very fluid but if you love the place where you’re working and the team you work with Compass is happy to make the arrangement for you to stay longer until they finally get to the point where they do want to get a permanent person in there and in most places eventually want a full time person that resides there and as part of the community.

J: That’s a great question Neal. I think one of the reasons that Interims are becoming even more attracted to health systems these days is that a good Interim can come in and immediately do an assessment of what needs to be done at the institution, spend the first two to three weeks on the job but also creating a full assessment where report and all the things, that current status and recommendations for immediate implementation. At the same time they can assess the current staff and see if there’s anyone on that staff that is workable and coachable, up to take the permanent position so they do a full, they can do a full staff assessment and if they feel that there’s no one there capable of filling the job on a permanent basis they can help them search. So you get all of that kind of activity and then what you also get from a good interim is you get them making the tough decisions sometimes regarding personnel hiring and firing that they take that on and can sort of be the, sort of the heavy person so when the new person comes in they don’t have to expend their political capital and making some tough decisions. They can come in sort in a clean slate and move forward without having to make personnel changes.

N: Now you did mention making the tough decisions as far as hiring and firing. I guess as evaluating the staff to see if someone present is capable of taking over the position that they’re acting as interim in addition to weeding out staff that maybe causing problems or causing a less than effective care?

J: Yes, sometimes you have these executives in the hospital that have been there a long time and they get great relationships and sometimes maybe they’re a little blind to the fact that because the friendships and the relationships that maybe this person needs to be maybe moved into another role or counseled or given a coach or just needs some sort of corrective kind of action plans either to try to make it so that they can stay or at some point maybe that doesn’t work just say “Look, you’ve got to counsel this personnel” and sometimes our folks actually will do that if it’s really becomes very difficult for the permanent executive at the health system to do that.

N: Do your interim executives offer education in addition to evaluating staff and basically taking over the reins until that perfect fit can be found as far as maybe classes do they offer the counseling or the coaching?

J: They will do a fair amount of that on a one-on-one basis. When they go in they know the mentoring and coaching is part of their role and especially there’s a lot of pressure because when you come into a situation like that. A lot of times you’re coming in there’s a lot of stress, there’s been some dysfunction going on so you were looked at as a person, sometimes sort of suspiciously or it’s like well maybe the … upstairs from the sea suite brought you in and so you really have a lot of pressure on you just show that you are a colleague, that you’re supportive of all of the department folks that you’re responsible for, not in their clean house so a lot of what you really are doing to your question is you are mentoring, you’re coaching, you’re at least if you’re not teaching the course, you’re helping the staff develop sort of an educational program or they either can get in house help or you can send them various conferences and seminars.

N: Let’s say I’m a CEO of a hospital or health care facility, what should I focus on? Where should my interest lie when I’m considering bringing Compass Clinical onboard?

J: Well overall if you’re at the point where you’re looking at getting an interim or you know that there’s some shortcomings within your organization, the best thing to do is have Compass come in not only with an interim but two or three other folks usually a physician, a nurse executive and an operations person and sort of to do a one week intense five-day assessment of the entire organization and we’re pretty good at that because all of these folks are seasoned and that way you come out with like 15 or 20 finite recommendations after about 5 days and then from there you have a roadmap. Maybe you don’t need an interim, maybe you should look at this person as somebody who needs more coaching or this person needs to go, you get a whole bunch of different options but it gives the CEO a real blueprint for our best thinking.

N: And as far as those stakeholders in the facility are you ever in contact with them or is it strictly on site hands on and the stake holders pretty much to give their information at the annual or quarterly meeting?

J: Well in some cases the board will actually ask us to come and get bring in an interim CEO, so in that case you’re working with more stakeholders. Generally most of the folks that we staff are at the vice-president and director level and but occasionally we have we put in there some outstanding, we’ve got the several of formal president of some academic medical centers and CEOs that are on our bench and love to come in and do six months work like that and they’re outstanding, we just had one go to China to do some work. So just we’ve got a pretty fluid group of folks that can respond pretty quickly because a lot of them were semi-retired at the higher levels, at the CEO level and they’re great to come in.

N: And where can our listeners get more information about Compass?

J: Well they can go to basically our website so that’s the place to go compassclinical.com and they’re certainly free to call me at area code 513 675 0150, it’s my cell. I’m happy to chat with anyone that might have some questions.

N: You’ve been listening to Health Professional Radio, I’m your host Neal Howard on this Health Supplier Segment. In studio with Mr. Jim Mahon, Managing Director of Compass Clinical here in studio discussing how our growing number of hospital and health systems CEOs are consistently turning to interim health care executive talent in order to fill some temporary positions in leadership, achieve significant change in a department or mentor in-house managers. It’s been great having you here with us today Jim.

J: Thank you Neal. I appreciate the opportunity to chat.