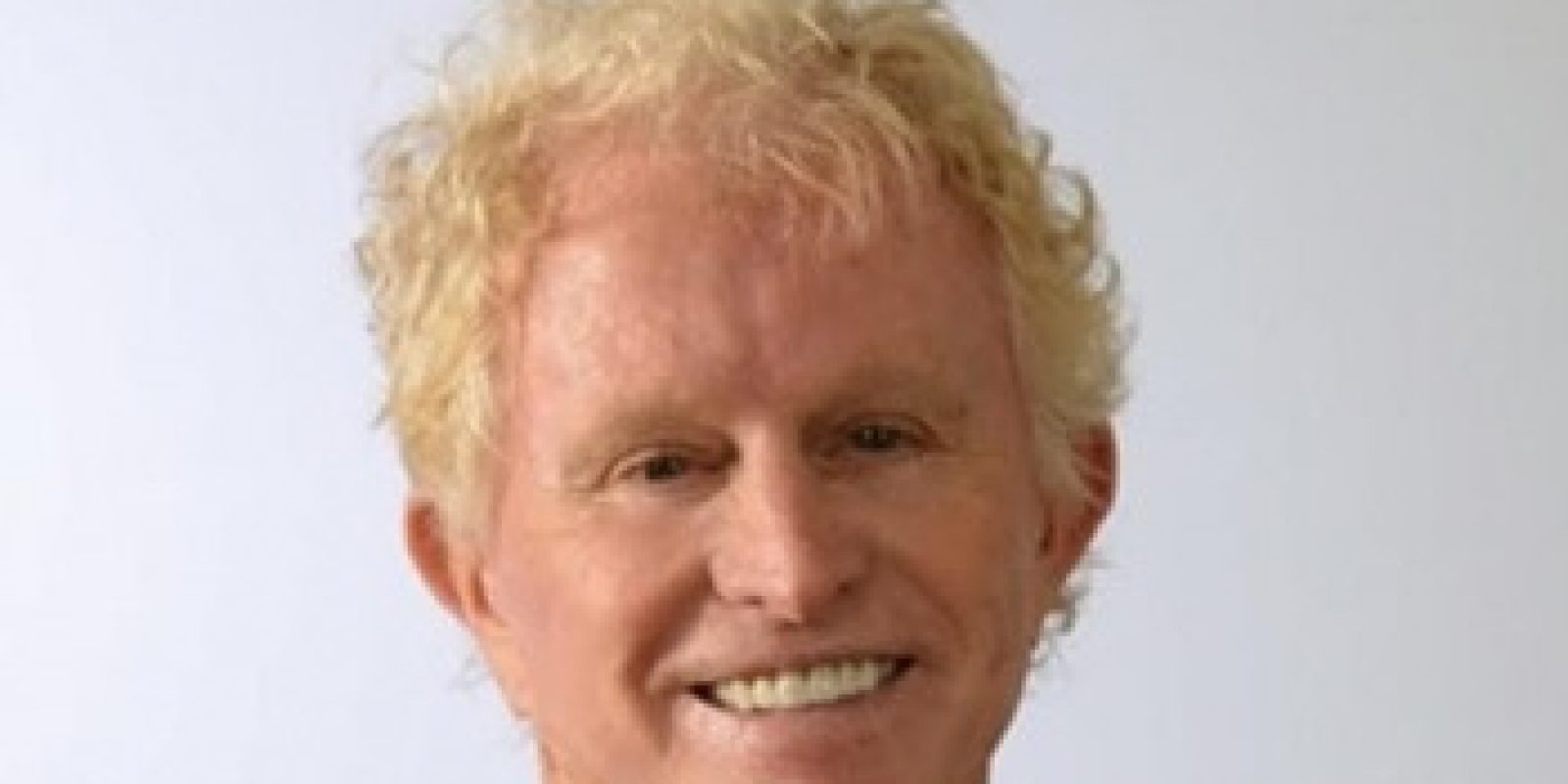 Guest: Dr. Johnny Kenley
Presenter: Neal Howard
Guest Bio: Dr. Johnny Kenley is a certified energy therapist, an applied kinesiologist, an acupuncturist, as well as a physician specializing in physical medicine. He holds an advanced degree in clinical nutrition. He has been interviewed on Russian, Estonian, Chinese and African television programs and newspapers. Dr. Kenley has held many positions including homelessness counselor and jail chaplain. Book royalties and income from his speeches go to the nonprofit Global Medical Aid and Education, which provides assistance to a medical clinic, and an HIV girls’ orphanage both near Nairobi, Kenya.

Segment overview: In this segment Dr Johnny Kenley discusses his approach to getting rid of anxiety for good.

Neal Howard: Hello and welcome to Health Professional Radio. I’m your host Neal Howard, glad that you could join us today. When it comes to anxiety, anxiety is an epidemic among all of us. None of us are immune, it covers all social boundaries, there is no one that can escape anxiety, stress, tension, anger, feelings of fear. Our guest in studio today is Dr. Johnny Kenley, returning to speak with us about anxiety. He’s a Certified Energy Therapist and Applied Kinesiologist and Acupuncturist, as well as a Physician specializing in Physical Medicine. He’s also an author, the author of a brand new released book, as a matter of fact release earlier just this month September of 2015 “Freedom from Anxiety: a Revolutionary 10-Minute Process Returning Clarity and Ease to Your Life.” How are you doing today?

N: Thank you so much. When it comes to anxiety, there are many of us, most of our listeners are health professionals anyway, but maybe they don’t even know that they’re under as much stress as they actually are. What exactly is anxiety?

K: So anxiety is an emotion.

K: And by its very definition emotion’s something that’s resides in the body. So if you were to look on the dictionary or Wikipedia some sites like that, it would tell you that an emotion is a physiological response … that inclines the body.

K: Every part of your body – so your internal brain workings, your muscles, your bones, every hormone of your body. So anxiety is described as an emotion. But to further delineate that, anxiety is actually a shade of fear. And we’re doing one of two things as everyday as we go about our existence and we’re either operating in your direction towards fear or direction towards loving. So anxiety is a word that we use that describes which direction we’re heading in. Anxiety is the shade of fear, the nuance of fear so to speak.

N: You know in many recovery program, self-help books, a point is made of having to identify the source of a certain feeling, emotion or action in order to address it and thereby alleviate it. Is the same true when we’re speaking of anxiety? Do we need to find the root cause of anxiety in order to resolve it?

K: There are a couple of exceptions for this. And true the exceptions would be people that are diagnosed with psychotic disorders resulting from maybe tremendous physical abuse or too many the sexual abuse. I mean there are degrees of affective psychotic disorders where my particular process I developed called “REIN” is not applicable.

K: So what we’re talking about here is “general anxiety” that I would say close to a 100% of the people experience from being … the fear that we experience on a daily basis.

N: When it comes to anxiety, if I’m afraid of spiders – that is arachnophobia. And that fear of spiders is going to come to fruition when I see a spider or I walk through a web and I’m wondering is the spider on me. When I don’t see that spider, am I still operating under that same anxiety? And is a phobia the same as anxiety and can REIN, your specialized process, eliminate a phobia and not just an anxiety?

K: So going backwards, in just as the instance of lasting … phobia is just another word for fear, we have a fear. But you have to look at yourself, is this fear of spiders, is that something that is predominant in your life? If you’re working in a zoo, in an entomology building and there’s nothing but insects and spiders in there, having your fear of spiders may create a situation for you. The same as if you were a flight attendant and you had fear of flying. So I may have a fear of big elephants but if I never come across the big elephant, it’s not going to have a tremendous effect on my life. But to give you an example of fear … I’d like to demonstrate phobias on TV because it’s easy to show on television. I was in Estonia last June and there was a young woman that was a producer there and she had a fear of snakes, while you and I might say “Okay, I don’t like snakes. I’m not fond of cobras, they could kill me, why would I not fear of them.” She had this fear of snakes because in Estonia one of their national hobbies as a that as family they go out on the weekends so they hunt for mushroom…

K: In this woods and it’s filled with snakes. So for 8 years she’s been unable to go out into the woods with her family. So she wanted to do this, again this was live TV, I had been told about this before I had a picture of actually of a cobra, and it’s a colored picture I held up to her face from 10 feet away. She refuse to look at it, we talked a little bit about it to know about it, and as she talked about the snake she started sweating and it was a really strong reaction to the snake.

K: We went through the REIN process, the 7 step process. Maybe 10 minutes, maybe 12 minutes later I talked to her, asked her “Do you still have a fear of snakes? “Yes, I’m afraid of the snakes.” I showed her the picture a couple feet away from her, no response. So okay, so I had a rubber snake with me, I handed the rubber snake to her and I said “Put this on your lap.” She puts it on her lap. I said “are you afraid of snake?” “Yes, I’m afraid of snake,” but there is no anxiety, no fear, because she’s still thinking it but it’s not there. Now … one of the other camera men had gone to Tallinn the Capital and went to the zoo and got a baby python a couple hours before that, because he knew I was gonna be there. And he walks out from behind her and he has a small python, like a 6 foot baby white python.

K: And hands it to her and sits it down on her lap, and no response whatsoever. So it was fantastic.

K: And it’s not coming back, that’s the whole part of REIN.

N: Now she wasn’t afraid of snakes there on the broadcast and you’re saying that 2 weeks, 2 months later the anxiety or the phobia did not return? Is this something that she have to keep practicing REIN?

K: No, not at all. Once the energy, REIN changes the energy field associated with whatever it is anxiety issues you have. Once that changed, once you’ve change efficiently and it’s gone forever. And getting back to your original point where you talked about the source of something, I was not interested as to when she first became fearful of snakes. I didn’t want to actually do a psychoanalysis of her and talk about her Freudian ego and id and things like that. And when she was one month old, what was created that in her mind that she was afraid of snakes, all development … the point is, is that she was afraid of snakes.

N: Now you’ve been a physician for well over 25 years, lots of experience. What type of reception do you get from other healthcare professionals who may be totally involved in traditional medicine unlike yourself who is involved in a mixture of holistic medicine and traditional medicine? What type of response do you get when they’ve picked up a copy of your book or you’re explaining REIN in their presence?

K: (laugh) Okay, so that’s interesting. So you have a variety of people called Psychiatrists to deal on drugs, this is their life. A person comes in with the problem, they give them a drug. We have a variety of people that are Psychologists, licensed clinical social workers, counsellors that want to talk to people to find the choice of why, why, why, why, why so months and years. Now … against both of their interest, in order to have their patient or client resolve that issue quickly and I completely understand that. There’s a group of energy Psychologists that are Psychologists and Psychiatrists both that have been involved with various types of energy psychology over the last 16 years. These people go for it and help people in one visit or two visits, now they’re doing it to them. REIN is different, I’m teaching people how to do it for themselves. I’m not interested in somebody coming to me and me doing it to them. The whole goal of REIN, the whole goal of my book explaining how to do this, is so that you Neal, every one of your listeners can go and do it for themselves. And when they do this, they know it. They don’t think it, they know it.

N: Great. Now “Freedom from Anxiety: a Revolutionary 10 Minute Process Returning Clarity and Ease to your Life,” recently released this year as matter of fact. Where can we pick up a copy of that book?

K: Okay. The book is available on like every other book – amazon.com – and the kindle version as well. And there is going to be an audio version coming up shortly which is being recorded as we speak. On my website, there’s a lot of information about anxiety. It’s called anxietysolutionsnow.com.

N: Okay, great. You’ve been listening to Health Professional Radio. I’m your host Neal Howard and we’ve been in studio today talking to Dr. and Author Johnny Kenley, a Certified Energy Therapist and Applied Kinesiologist and Acupuncturist, and Physician as well specializing in physical medicine. He also holds an advanced degree in clinical nutrition, he’s been interviewed all of the world on Russian, Estonian, Chinese and African TV shows as well as many radio programs and newspapers as well. He’s held many positions including a Homelessness Counselor and Jail Chaplain. And he’s also the author of the book “Freedom from Anxiety: a Revolutionary 10-Minute Process Returning Clarity and Ease to Your Life.” And we’ve been here talking about anxiety and how it is not of the mind, actually it’s a physical reaction to stressors. And talking about how to relieve those stressors without drugs and without years and years of continuous self-talk. It’s been great having you here with us today Dr. Kenley.

K: Thank you very much. That’s a great summary, you did a great job.