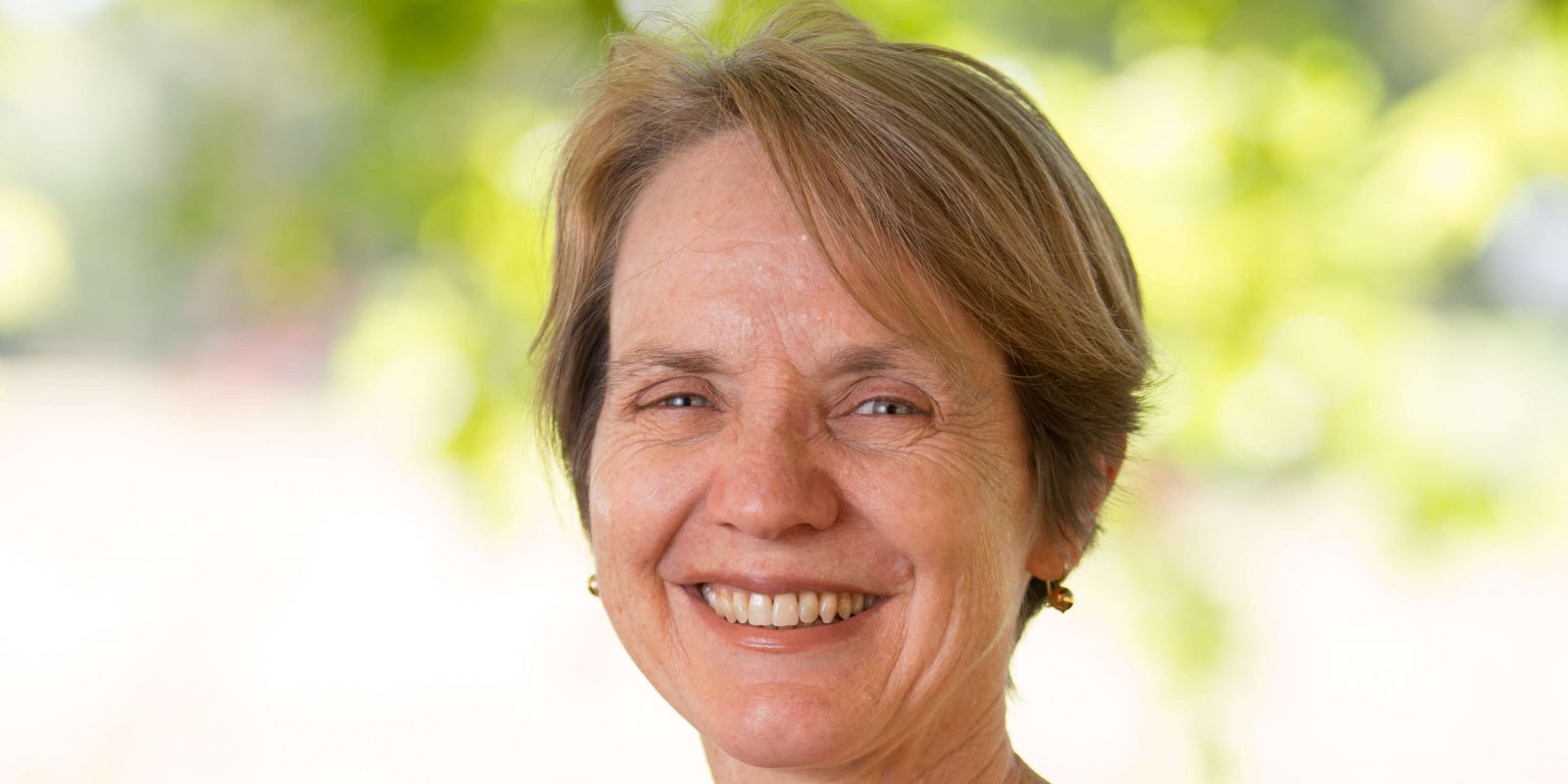 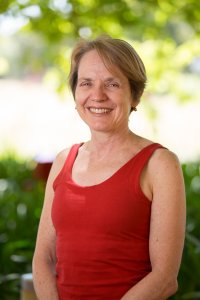 Guest: Associate Professor Linda Selvey
Presenter: Henry Acosta
Guest Bio: Associate Professor Linda Selvey of Curtin’s School of Public Health came after a fulfilling career in being a medical doctor, cancer researcher, and public health advocate. She is a highly respected in the field of public health not only in Queensland, but in the entire Australia. More recently, Linda was CEO of Greenpeace Australia Pacific. Linda was Chair of the Queensland Conservation Council from 2001 to 2009 and represented Queensland on the Council of the Australian Conservation Foundation (1995-97 and 2004-06). In 2007, she was trained by Al Gore as a climate change presenter and has since conducted 25 presentations to large audiences across the country and overseas.

Segment overview: In this segment, Associate Professor Linda Selvey talks about antibiotics and its growing issues in the public. Antibiotic resistance is a serious public health problem in Australia. Some bacteria that are capable of causing serious disease are becoming resistant to most commonly available antibiotics in the market, which can spread from person to person in the community or from patient to patient in the hospital.

Henry Acosta: Hello and welcome to Health Professional Radio. I’m Henry Acosta and today in studio we have Associate Professor Linda Selvey. Linda is an Associate Professor from Curtin School of Public Health. She came to the school of public health after a fulfilling career in being a medical doctor, cancer researcher and public health advocate. She’s held top positions in various health institutions, she is highly respected in the field of public health not only in Queensland but also all of Australia. Antibiotic resistance is becoming a serious problem in Australia. Bacteria are starting to grow resistance to certain antibiotics that are already available in the market. Antibiotic resistant bacteria can spread from person to person in the community or from patient to patient in the hospital. Today we’re here to talk about antibiotics and its growing issue with the public. Hi Linda, pleasure to have you on board with us today.

Linda Selvey Thank you very much.

H: And for our first question, what inspired you into getting this line of work especially in regards to public health?

H: Why do you think bacteria are starting to get resistant to antibiotics and how is it harmful to the public?

H: And what happens when antibiotics are misused? Does it have any harm on your body?

L: Yeah, basically the problem with using, when we talk about misuse of antibiotics really what we’re talking about is being prescribed an antibiotic where it’s not necessary or being prescribed a particular type of antibiotic, it takes a broader range of bacteria than one that is actually necessary. So there’s a few ways that antibiotics can be misused and the problem with that is first of all that can promote the development of antibiotic resistance in bacteria and that obviously that’s the subject of our conversation today. And the second reason or the other reasons, one is that some antibiotics can have some side effects and that clearly having a drug that’s not necessary and their side effects would be unnecessary and antibiotics also affect the normal bacteria that we all carry in our bodies, in our guts, mouths, in our … all sorts of places. So the antibiotics not only kill the antibiotics sort of causing disease but also will kill other bacteria that are in our system. So that can then make us more vulnerable to other infections and other conditions. A good example of that is clostridium difficile which is a bacteria that is highly resistant to a range of other antibiotics and normally doesn’t thrive in our gut because it competes with other bacteria in the gut and doesn’t compete successfully but if taking antibiotics and you get exposed to clostridium difficile then having the other bacteria killed in the gut enables the clostridium difficile to thrive and this in fact can cause serious illness. So that’s one example of how destruction or affecting what we call the normal flora can have a really negative health impact. So what this really means is that we should only be taking antibiotics when absolutely necessary and when we do take antibiotics that as much as possible as specific for the bacteria that we think is causing the infection as possible.

H: And why are physicians more likely to over prescribe or wrongly prescribe antibiotics?

L: Well there’s a growing problem that physicians face on a daily basis trying to make decisions about whether or not an antibiotic would be useful and this would relate to what they think is actually causing the disease or the infection. And also, so that there are challenges that physicians face in making those decisions particularly in general practice where normally one wouldn’t take a pathology sample to try and find out what bacteria it is. And secondly there’s an expectation often amongst patients that they will be prescribed antibiotics for conditions for which antibiotics are not really deemed necessary. So it’s a combination of those factors that we think leads to what we’d call the overprescribing of antibiotics. And a good example of that is upper respiratory tract infections by that meaning like coughs, colds, sore throats, that kind of thing. It’s very rare for people with sore throat to actually need antibiotic to cure the infection and yet antibiotics are frequently prescribed for that reason so that’s an example of a common area that’s very common where antibiotics are frequently overprescribed.

H: And what do you think is next for antibiotic research?

L: Well there’s a lot of research going on in trying to develop new antibiotics and particularly ones that work in different pathways, different ways of actually killing bacteria than the ones that are currently available so that they not be susceptible to bacteria developing resistance. So they’re in the field of antibiotics that’s really the area although unfortunately it’s been a number of years since the new class of antibiotics has come on the market, so we’re not winning in that space. There’s quite a lot of research that’s being done amongst trying to better understand how we might improve antibiotic prescribing practices amongst both doctors in the community and also in hospitals and trying to understand what some of the drivers of inappropriate or the antibiotic prescribing as well. So all of those areas need to be covered because just relying on developing new antibiotics is probably not going to be the only solution here.

H: What do you think is the biggest misconception about antibiotics that people usually think?

L: Probably the biggest misconception is that if somebody has a sore throat or a bad cold or even sinusitis that antibiotics are what they need. So you often hear people say, “I’ve had this cold now for a few days. I need to go to the doctor to get some antibiotics.” So that’s a frequent misconception that antibiotics so what we … in some situations antibiotics might be what’s required but often they’re not.

H: What is the main take away message that you want to leave for our audience today?

L: I think the main take home message is that people should think twice before prescribing antibiotics or when requesting antibiotics and that there are therapeutic guidelines available that have been developed by experts to help guide decision making on whether or not to prescribe antibiotics and where possible that they should be followed.

H: And to anyone who’s interested in contributing and supporting the cause, what are the ways that those people can reach out to you guys?

L: We’re currently doing some research looking into the drivers of antibiotic resistance and there’s a lot of other work going on in Australia, so regardless of where people are if they’re interested in this work, I think simply looking on the internet and googling to see where the research might be going on in their area that they might be able to be involved in would be the best way to go.

H: That’s all our questions we have today. Thank you for the interview.

L: My pleasure. Thank you very much.

H: And that was the Associate Professor Linda Selvey. We just finished talking about antibiotics and its growing issue with the public health in Australia. I’m Henry Acosta and you’ve been listening to Health Professional Radio. You can find us on www.healthprofessionalradio.com.au or on hpr.fm. Also if you have the time, subscribe to us on Soundcloud and iTunes.