Identifying the Cause and New Treatments of Diabetes [Interview][Transcript] 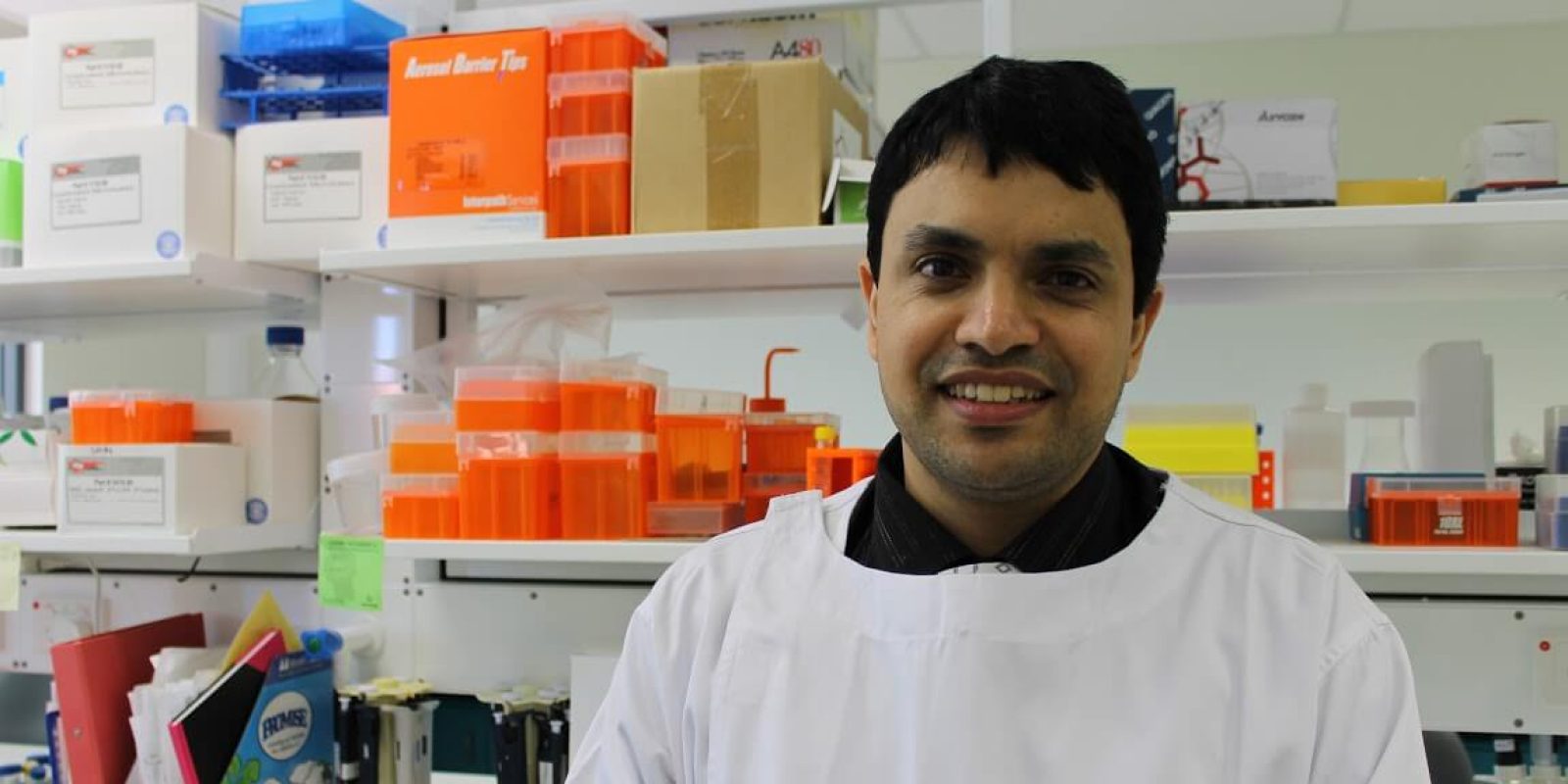 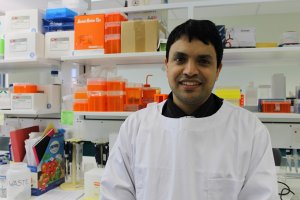 Guest: Dr. Hani Al-Salami
Presenter: Patrick Reyes
Guest Bio: Dr Hani Al-Salami is an Australian and a New Zealand registered pharmacist who has been conducting research and working in the area of drug delivery and applications in diabetes for many years. He recently presented his findings at a symposium showcasing selected vascular and metabolic research hosted by Curtin Health Innovation Research Institute (CHIRI) and by leading WA-based and national researchers on Friday, 25 November 2016.

Segment overview: Diabetes is the fastest growing chronic condition in Australia. In this segment, Dr. Al-Salami from Curtin Health Innovation Research Institute (CHIRI) talks about the latest findings in diabetes research. CHIRI also focuses on identifying new treatments for age-associated blood vessel disorders, new therapies for immune disorders, and finding new approaches for the prevention and treatment of Alzheimer’s disease and other dementias.

Save
Patrick Reyes: Hello and welcome to Health Professional Radio, I’m your host Patrick Reyes. Now, Type 2 Diabetes is the fastest growing chronic condition in Australia. Actually stated by Diabetes Australia website, 280 Australians develop diabetes every day, that’s 1 person every 5 minutes. Now joining us today is Dr. Hani Al-Salami, he is an Australian and New Zealand registered pharmacist. He is conducting collaborative research in Australia and abroad focusing on utilizing cell and drug microencapsulation and bio-materials for diabetes treatment. Welcome to the show Dr. Hani.

P: Alright. So can you tell the audience who you are and what it is you do?

A: Okay, so my name is Hani and I’ve done my undergrad Degree in Pharmacy before to going back and doing a doctorate and I specialize in diabetes. I did that back in New Zealand before moving to Canada, Montreal where I continued to work on diabetes treatment and I’ve been in Australia for about 4 years or 5 years now and continuing with the same path which is looking at different ways to manage and optimize current diabetes treatment.

P: How close are we to replacing insulin injections with an insulin microcapsule for diabetics?

A: Well the work I’m doing at the moment focus on creating a design, a special design that can permanently, long-term replace insulin delivery. So at the moment what type, for example insulin is used by all diabetic patients and all type 1, about 30% or more for type 2 and almost majority of gestational diabetic female patients as well. So it is commonly used and the way people use it is through injections mainly or a pump. So what I’m working on, I’m not the only one, this is an interest worldwide, is to design a special capsule that you can place, not insulin, but the cells that produce insulin. So this provides to get transplanted into the patient and can efficiently produce insulin long term so they don’t need to continue injecting insulin every day or every week.

P: Now will these capsules help in people with either type of diabetes?

A: Correct. So at the moment the insulin is being used by all types, different ratios, so what I mean by that is the type 1 all of them need insulin, if you have type 2 some with insulin and if you have gestational diabetes the majority will need insulin. So it’s needed by everyone but to different degrees.

P: Can you give our audience a general idea just to how many Australians have type 2 diabetes?

A: So type 2 is the main type so more than 90% of diabetic patients have type 2 and in Australia if you talk about diabetes … about type 2, so every 5 minutes 1 become diabetic as you said and the ratio is going up and up and I think Australia is ranked 5th in the world in the prevalence of diabetes. The rates provided in the Australian economy, we spend about 9 to 10 billion dollars a year fixing diabetes problems and that makes it pretty close to find something which is a bit more effective than current treatments.

P: What are the latest experiments and findings concerning new discoveries in drug and cell application in diabetes?

A: First in very good portion, so there is a very wide range of different experiments and clinical trials being carried out to … diabetes and the reason why there’s a very large number of different novel deliveries and new deliveries is because the current ones are not doing the job properly. So for example you have more than half diabetic patients who take their medications in time are still not controlling properly their blood glucose. So even when you take your medication, you’re doing the right thing, you still will not be able to control your diabetic symptoms and the reason is because the medications that we have are not as effective as you want it to be. They’re better than nothing of course and some of them are really good, but they’re not as good as we want them to be to retain the healthy status as such. So current medications, so there’s different types of approaches to current medications, there’s some people that will deliver new drugs so you can either encapsulate or you can deliver a new drug that will have more robust and more reproducible and consistent effects in controlling the disease, so they may target, they may have a drug that will stimulate more seizure. For insulin for example in type 2 they may have another drug that would be more effective in synthesizing the cells to make them more sensitive to insulin because in diabetes the cells may not become as sensitive to insulin as they should be and that’s why we inject more and more and more insulin. So some drugs try to counteract these problems, so generally speaking you will have approaches where ranging from special drugs into special cells. My aim focus now is in cells.

P: And why could the outcomes of your research project be important?

A: Well the ultimate goal from my work is to produce something that will minimize hardship of current treatment and start to fix and also will have something that replace needed medication. Everything single time you takes some anti-diabetic drugs might cause problems. So the uniqueness of my work is to reduce potential side effects and harm in the future moving forward by designing something that can naturally replace what’s been damaged. So what I mean by that is when you have diabetes your body starts giving up on a lot of normal physiology that’s been established and normally happens in the body and it starts to be compromised in terms of how the body functions. So my approach is to retain that or optimize, that’s the aim. I haven’t get there yet or I think it will take many, many years to come up with something that is useful enough in my experience, we still have a long way to go but we think it is getting there and I don’t work by myself, I walk with other people as well in Australia and overseas.

P: Alright and as for our final question and which is a favorite question among Health Professional Radio, what would you say is the biggest misconception you’ve heard in regards to diabetes or diabetes treatment?

A: I think one of the biggest, for me it’s not all wrong but I think it may oversell the fact that it’s all about lifestyle. And the simple answer is it’s not. So for example obesity is only a risk factor, as a 30% risk factor. So you can have people who are slightly BMI of 5 and up, 30 or 29 also at risk and they can still be healthy. So it’s not all about what we do, it is partially yes, but not it’s all about our mistakes as such. Genes, environment do play a big role in diabetes not just what we do.

P: Right. Alright, well it’s been a pleasure talking to you today Hani.

A: Thank you so much for that, I appreciate it.

P: Now you’ve been listening to Health Professional Radio, again I’m your host Patrick Reyes and we’ve been in conversation with Dr. Hani Al-Salami, as we talked about the latest diabetes research. If you’ve missed our conversation or you’d like to listen to this interview again, transcripts and audio of this program are available at healthprofessionalradio.com.au and also at hpr.fm and you can subscribe to this podcast on iTunes.