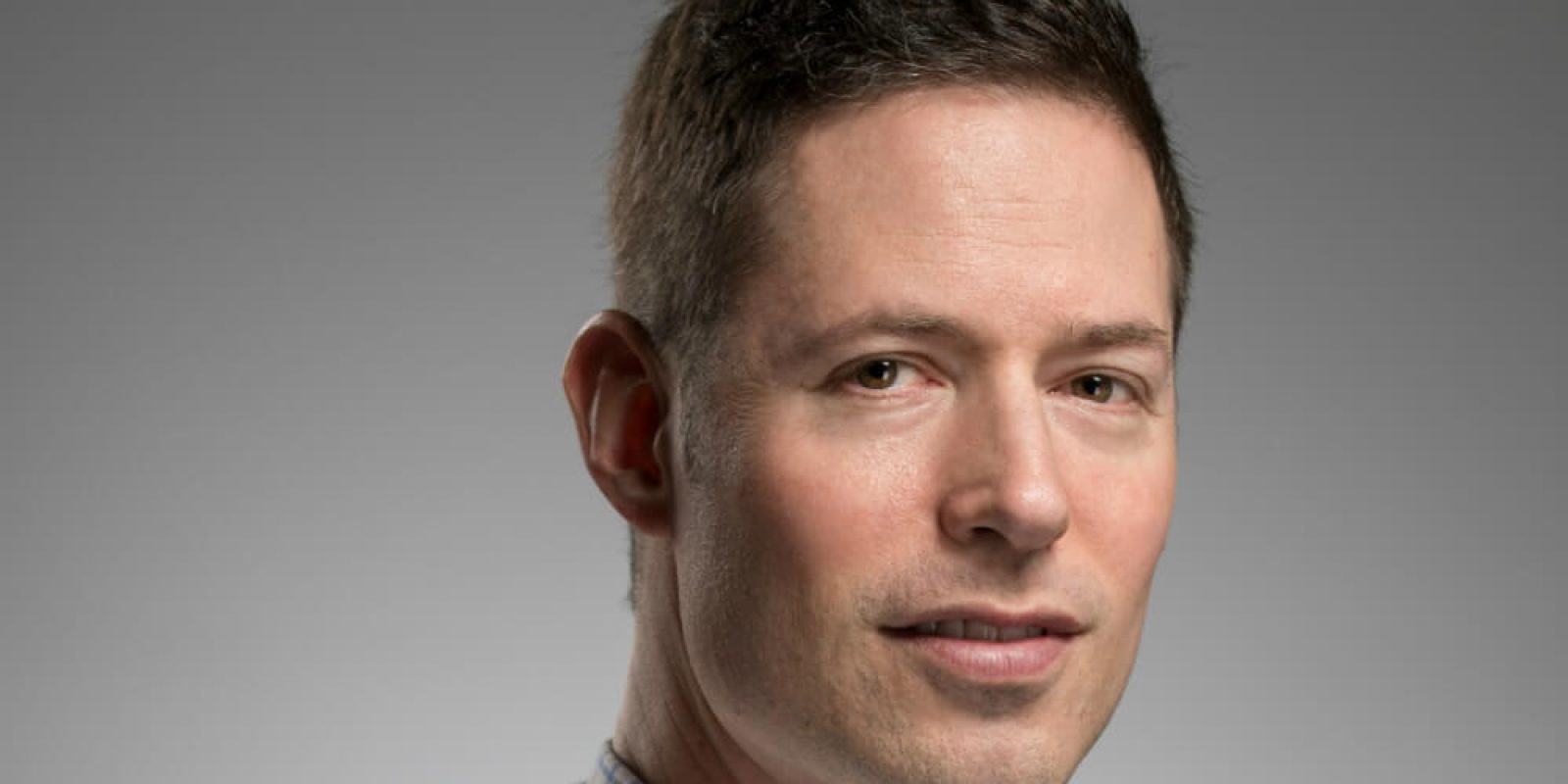 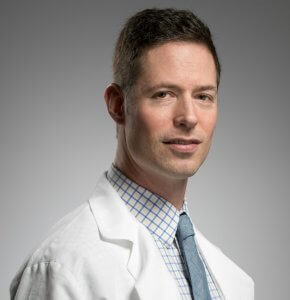 Segment overview: In this Health Supplier Segment, Dr. Joseph Krainin discusses Singular Sleep, a national sleep telemedicine practice. He is considered to be a clinical telemedicine thought leader and is a sought-after speaker and commentator in the field.

Neal Howard: Welcome to Health Professional Radio. I’m your host Neal Howard, thank you for joining us today on this Health Supplier Segment. Our guest in studio is Dr. Joseph Krainin, he is certified in sleep medicine. Additionally, he’s the founder of Singular Sleep. Singular Sleep makes it easy and affordable to order a home sleep apnea test and patients can also consult with a sleep apnea doctor online. Welcome to Health Professional Radio Dr. Krainin. Thank you for joining us today. Now you’re the founder of Singular Sleep. Talk about singular sleep. How long have you been in business? And why did you start Singular Sleep?

Dr. Joseph Krainin: We launched on Veterans Day 2015. The infection was really realizing that there had to be a better way. There have to be a better way of getting the millions of people who have as of yet undiagnosed sleep apnea, tested and treated rapidly and more cost effectively than the current system allows.

N: Are we talking about just sleep apnea or a myriad of sleep disorders?

K: In sleep medicine, the most common thing that we do is wherever you are, or whatever country you’re in, whatever sort of practice you’re in is sleep apnea. That is our cross to bear so to speak. It’s the most common clinical problem that we manage. We also deal with restless legs syndrome, and insomnia, and narcolepsy, and parasomnia, but those are much less common. What I saw in my traditional … motor sleep medicine practice is echoed at Singular Sleep. The majority of patients that come to us, seek help with sleep apnea and sleep breathing problems.

N: Are there any misconceptions about sleep apnea? We hear a lot sleep apnea, c-pat machines and what not. Clear up maybe the one major misconception that you find yourself faced with whenever you’re dealing with a new patient or an existing patient.

K: That’s a great question Neal. There are a couple of aspects to that that I’d like to get into the weeds of that a little bit. First would be, “Who is at risk for sleep apnea?” Most doctors think that the typical sleep apnea patient is an overweight or obese middle aged male. That is a gross over simplification and just false. The American Academy of Sleep Medicine estimates that 26% of adults is 30:7 in the US have sleep apnea. We are overlooking a lot humongous numbers and we are overlooking a lot of people. For instance, women. Women may present with symptoms that or not typical, or at least with doctors, that primarily care doctors think typical. Women can present with not all that much snoring but they present with insomnia, trouble staying asleep and fatigue, that’s a very common presentation for pre-menopausal women. While other doctors don’t know is they know that rates of sleep apnea are less in women, but they don’t know that rates de-calibrate in women after menopause that catch up in that. Now elderly people has a very distinct way of presenting. Generally doctors, generally think that sleep quality declines in our elder years and that is true, but it may not be normal, it maybe because of high rates of sleep apnea. Sleep apnea often presents in the elderly people with nocturia, that maybe the first sign with sleep apnea, excessive urination during the night. Thin people often get overlooked for sleep apnea even when they keep coming in to their doctor complaining about their sleep. The doctors just look at them and say, “Yes, you don’t look like you got the bill and I give you some … or something like that”. But thin people who have certain jaw and airways structures are predisposed of sleep apnea. Those include retrognathia, micrognathia, dolichocephaly, adenoidal facies, and just looking in the airway, looking at the back, if you see a lot of airing what we would call a non-party 3 or 4 airway, then that person is going to be at high risk no matter what their BMI is so people need to think about that, but the other thing is what doctors need to think about and talk to their patients about are new technologies in diagnosing, managing, and treating sleep apnea. Traditionally, you’ve had to go into a sleep lab to get a sleep study. Peoples, patients don’t want to do that, it’s expensive. It’s a nice foreign environment with the camera on them, people watching them, they may have issues being away from their children or other dependent. Lot of factors, complaints, people just being resistant to it, but now we can do the studies at home. In 2007, the American Academy of Sleep Medicine came out with the new guidelines that said, for at risk patients with a high pretest probability of sleep apnea that in at home sleep study, is equivalent to an in-house study, for the purposes of diagnosis. A lot easier, a lot more cost effective, we can send it now to save a sleep model is we send it to people, shift it to them in their own home they do at the comfort of their own home and I actually think, I believe that we get more accurate data because when you bring people into the lab, they don’t sleep like normal, and it’s not just self-reported, it’s actually physiological, there’s something that we call the first night effect. People that don’t sleep as well in the new model environment, they often skip their first REM period which is important because of structure of sleep apneas to the pre-course in REM sleep. We may not be seen really what’s happening on the night to night basis with this person. When we do this sleep test at home, much more accurate, we also see people’s normal pattern. People are people and they sometimes drink too much in the evening or smoke cigarettes or do other things that bring out sleep apnea that you’re not going to capture in the sleep lab. For those reasons it maybe a higher ecological validity test for us. And then the last thing is how do we manage this more effectively? We tend to tell people, “This is really a big problem. You need to get tested.” And then they get tested, and then they take 2-3 months sometimes a week to see the sleep doctor, that’s not appropriate. We can’t be convincing people that this is an important problem and then they have to sit on the results for a long period of time. But Singular Sleep, we have a new model, a telemedicine model where I consult with people online, and because of the overhead issues, much lower, and the availability of doing it from the comfort of my home office, I can extend the hours and make myself much more available to people. We generally get people in after sleep study within one week and then we can get the ball rolling and get them treated.

N: Basically, at Singular Sleep, you can address many, many sleep problems in addition to the biggest one by far, which is sleep apnea and the related problems. This home test, is this something that comes in a huge box? Or is this something small like a home drug test? And is there a description of this home test at your website?

K: Yes. Please go to singularsleep.com for more information. We have description of the home sleep testing process… we go on, really we get into the weeds about it and then I have a very active blog and a lot of the articles describe various aspects of sleep apnea including the treatment options, what the numbers mean, and the sleep study, etc. so there’s a lot of information in the blog. And the testing kit is quite unobtrusive, it’s night and day different from the in-lab sleep study experience. In-lab sleep study experience, you’re going to have electrodes all over your head and face and sensors all over the body. It really from the top of the head to the legs. All wired up and connected to a jack box that’s pretty bulky that you have to unhook should you have to go to the bathroom during the night and someone needs to help you and it’s a really cumbersome process. In the home sleep test, totally different, they’re very streamlined, very minimalistic, we just get what we need to diagnose the breathing problem. The majority of units are based on a model where there are essentially 3 to 4 sensors. One sensor is the nasal canul that it goes under your nose, it’s basically its look like an oxygen cannula that measures airflow. The other really important sensors are the chest belt which measures respiratory effort quantitatively, we used for ripped technology. This is a quality that measure of breathing. When we see chest excursions, we actually can tell how much effort there is in a valid sense not just a sort of estimation. “Is there some effort or no effort?” This is highly accurate. Then the pulse oximeter measures oxygen saturation. Now the brains of the unit, sit on the chest … and weighs about 2 to 3 ounces this low plastic case, and in that body there is a chip that measures the data and also the unit that we use measures the body position which is important because body position can be a big influence on sleep apnea. Some people have sleep apnea just when they’re on their back. And for them, maybe the solution is just stays off your back. But we want to know about that and we also just want to make sure they got enough back time because if they just swept on their stomach and they were just under the limit of meeting the AHI five criteria for sleep apnea diagnosis then maybe we can get such accurate studies, so we want to know the body position is important.

N: And all of this information can be easily gathered right there in the comfort of your own home through Singular Sleep. It’s been a pleasure talking with you today Dr. Krainin, thank you coming in.

K: It’s been wonderful, thanks for having me here Neal.

N: Thank you. Once again the website is singularsleep.com. You’ve been listening to Health Professional Radio I’m your host Neal Howard, in studio with Dr. Joseph Krainin founder of Singular Sleep. Transcripts and audio of this program are available at healthprofessionalradio.com.au and also at hrp.fm. You can subscribe to this podcast on iTunes, listen in and download at SoundCloud.