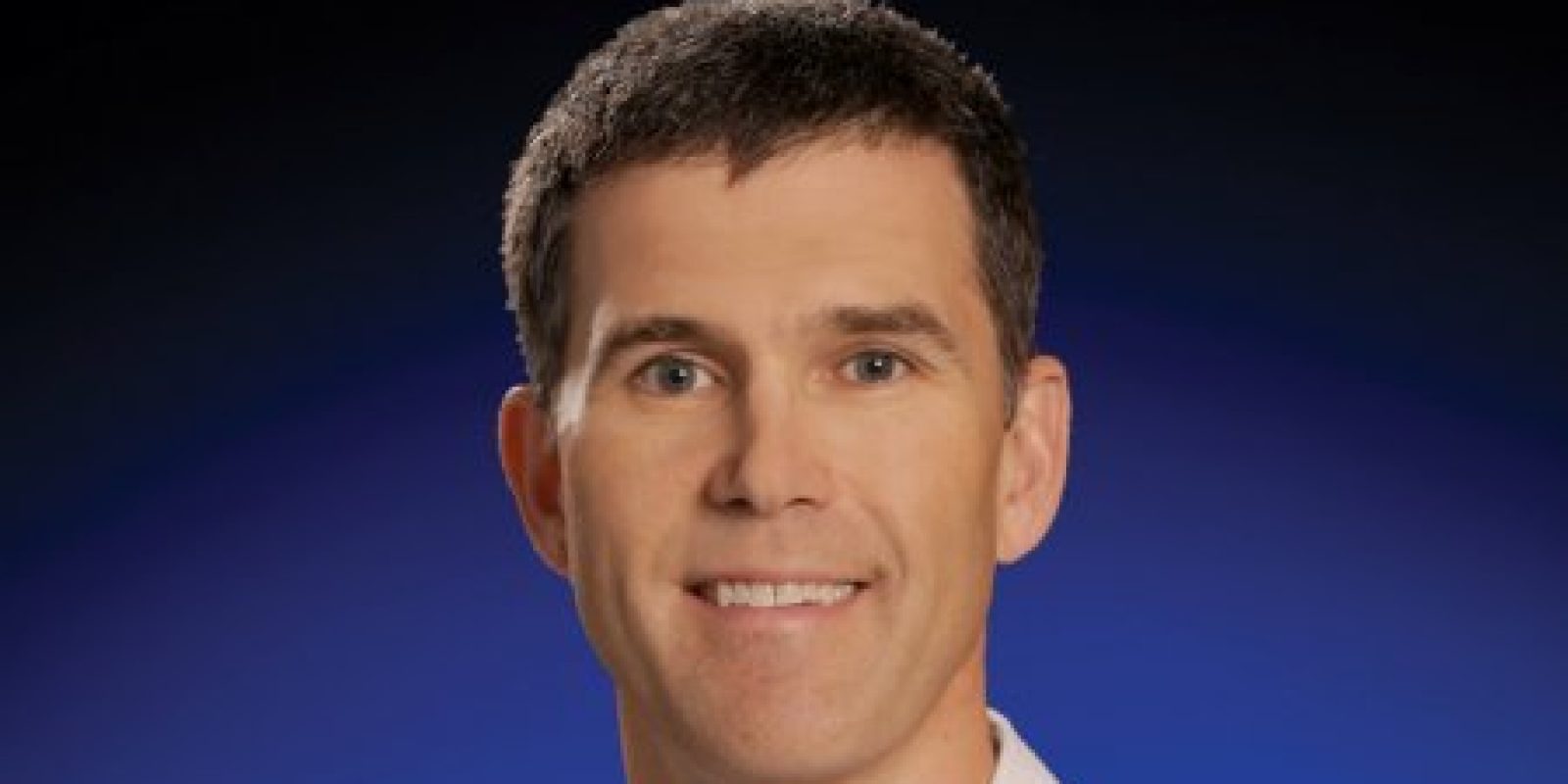 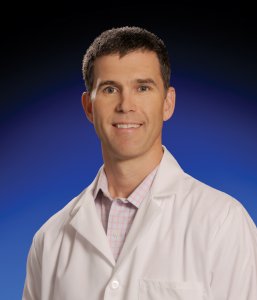 N: Now, you are there at MedStar Union Memorial Hospital as an orthopedic surgeon. Was orthopedics what you intended to go into when you decide to become a doctor?

B: It wasn’t initially. When I initially went to medical school, I thought I would be the local town medical doc and as you train, you see the different personalities in medicine and you get turned on by certain aspects of medicine and you sort of find your way into a specialty where you fit and orthopedic surgery is where I ended up fitting.

N: So you offer a variety of orthopedic joint replacement, hip replacements, and partials?

B: I am fairly subspecialized. I just do joint replacement surgery of the hip and knee. So we have a good size program and I have several partners that do the surgery also. So part of what we do is try to remain on the cutting edge and offer our patients the gamut of procedures that are out there.

N: So this bilateral joint replacement, talk about this procedure. What does it entail?

B: So bilateral joint replacement has often been considered a risky proposition for the patient. So most patients know about bilateral knee replacements, they know somebody that’s had it or have it done themselves. Not that many patients know about bilateral hip replacement surgery. They just don’t think it’s done which is not true, there’s centers around the country that do that, I do a fair amount of it myself. And what it boils down to for having bilateral surgery is that the patient screening, the patient selection – optimization is key, as well as efficient surgery. So, some of them falls on the patients to be inappropriate candidate and also the surgeon to be in inappropriate provider for it.

N: Why do you think that this hip replacement procedure was not so widely known, even though it seems that you’re suggesting that it’s fairly common?

N: And also further educating both physicians and patients about the safer aspects, less cumbersome aspects of that surgery.

B: Correct. The way we do hip replacements now are less invasive, patients go home much faster than they used to. Some of my patients go home the same day, most of them are home by the next day, so the hospital stay is much shorter, the recovery is better, there’s still is a recovery that patients have to go through, but the pain relief is usually pretty rapid and patients are on their feet quicker, and so I think that it lends itself to a safer procedure for the patients.

N: What is it about it that makes it so much less invasive?

B: Well it’s not that bilateral surgery is less invasive than a unilateral surgery, it’s just than in general, the procedure especially for hip replacement, we do a lot more surgery either through limited incisions like the anterior approach is always thought as less invasive, but you can also do a posterior approach where can you land at muscle damage and those patients can be mobilized rapidly also. So there’s a couple of ways to be less invasive just in general, than we used to be say 10 years ago.

N: As far as screening for ideal candidates, what is some of the criteria in your experience that you would call an ideal candidate as far as age, or maybe an injury is involved, or maybe no injury whatsoever, maybe just a wearing out of joints. Is that also a possibility?

B: Sure. There are several things that I look at and you have to understand that some of it is open to interpretation and opinion of the provider. But I usually look for someone who has an appropriate age, so for instance, it’s rare for me to offer that to somebody in their 80s, they’re just medically more fragile. But if you have somebody in the 40 to 60 range whose otherwise healthy meaning they’re not diabetic, they don’t have any advanced cardiac disease, their weight is reasonable, their anatomy is fairly normal, there’s nothing destructive or something that might take longer to correct, or need additional procedures. Patients who are not anemic, because we try to avoid blood transfusions. Patients who are on a lot of chronic pain medications and what I mean by that is narcotic medicines, they have a harder time getting through the pain of the surgery, so they’re probably not the best candidates. So you are cherry-picking patients for bilateral surgery and I think that’s what makes it safer. So not everybody is going to be a candidate for bilateral surgery and that’s where the surgeon really has to feel confident about these techniques that he can do it in an efficient manner, so there’s no other risks to the patient, and they have to screen patients appropriately. And that means paying attention to some of these parameters, their lab work, their health before surgery.

N: Do you think that this procedure lends itself to improvement? I’m sure that when it was first conceived, there were trial and error and things of that nature, but I guess what I’m asking is, where do you see this procedure, say 5-6 years from now? Do you see it even being more beneficial and more readily adapted by both patient and provider?

B: I think so. I mean patients are younger going thru joint replacement. The average age continues to creep down a little bit. The percentage of patients that are in their 40s and 50s having replacements is going up, even though the average age is probably still on the 60s. But these patients are still working, they want limited time off from work for whatever reason, they want a faster recovery, so if you can sort of condense their recovery into one recovery time because I find that most of the bilateral patients do recover in the same amount of time as a single side then that’s a real benefit in the recovery, they don’t have to have two completely separate recovery times. If some surgeons will stage people and maybe do the surgeries weeks apart or maybe a month or two apart, but that still increases the recovery and I think that’s a less efficient way to do it. So I think it’s a benefit for the patients and I’ll put it this way, what I do a bilateral surgery whether it’s hip or knee, I tell patients “The first couple of weeks is going to be rough. You’re going to have more pain than the people that have the double surgery.” But after a couple of weeks, and in general orthopedic surgery patients after a couple of weeks, they are all feeling much better at that point anyway, not that they’re fully recovered. But when they come back to the office and I ask them if they regret doing it, it’s hard for me to identify a patient that’s ever said to me, ‘I really wish I didn’t do them at the same time.’ Now if they had a medical complication, they’d probably say that, but then again, that’s where the pre-operative screening it really comes into play to try and avoid those things.

N: Have you found that a candidate seems to be ideal for the procedure and then as you say, a medical complication is discovered? How much of this procedure takes into consideration, the recovery time, and complications unforeseen complications?

B: Well I think in general, the complication rates for joint replacement surgery should be low. So if you really pay attention to patients’ medical status beforehand, you can really mitigate some of those risks. So for instance, if I have bilateral patient, I might be a little bit more aggressive with my blood clot prevention protocol. So say I would use aspirin on someone who’s going to be rapidly mobilized that had one joint replacement done. If they had two, I’m going to assume that they are a little less mobile early on so I’ll probably put them on one of the stronger prescription blood thinners, so that’s sort of one example. The other thing is that, you have to tell patients that there is a chance that you might have to abort. So for instance, I had a patient not too long ago who we were doing bilateral hip, she was huge, she’s probably a little heavier that I would of typically accepted, but she was young and really wanted to try and get back to work as soon as possible. She bled more than I would’ve liked on the first side so we aborted the second side, and it avoided the transfusion. She understood that that could happen. Even though she didn’t have any complications, you have to have the foresight to just say, ‘Alright, it’s not going as smoothly as I’d liked and we’re not going to take any chances on having complications.’

N: In wrapping up doctor, where can our listeners go and get more information about bilateral joint replacement there at MedStar Union Memorial Hospital?

B: Well they can go to MedStar’s website and then, most people want to know about the complication rates because in a literature, you’ll find higher complication rates associated with bilateral surgery in the pass. So, if you really want to know the in-depth research on it, you go to PubMed and you type in ‘bilateral hip replacement’ or ‘bilateral knee replacement’ and you sift through some of the papers to see what’s out there, what the typical complications are, and what the recommendations are for certain parameters like age, and weight, and medical comorbidities.

N: Great. Well I thank you for talking with us today doctor.

B: Thank you Neal.

N: Alright. You’ve been listening to Health Professional Radio, I’m your host Neal Howard here in on this Health Supplier Segment. In studio with Dr. Henry Boucher, fellowship trained orthopedic surgeon at MedStar Union Memorial Hospital in Baltimore and we’ve been discussing bilateral joint replacement. Transcripts and audio of this program are available at healthprofessionalradio.com.au and also at hpr.fm, you can listen it on SoundCloud and subscribe to this podcast on iTunes.