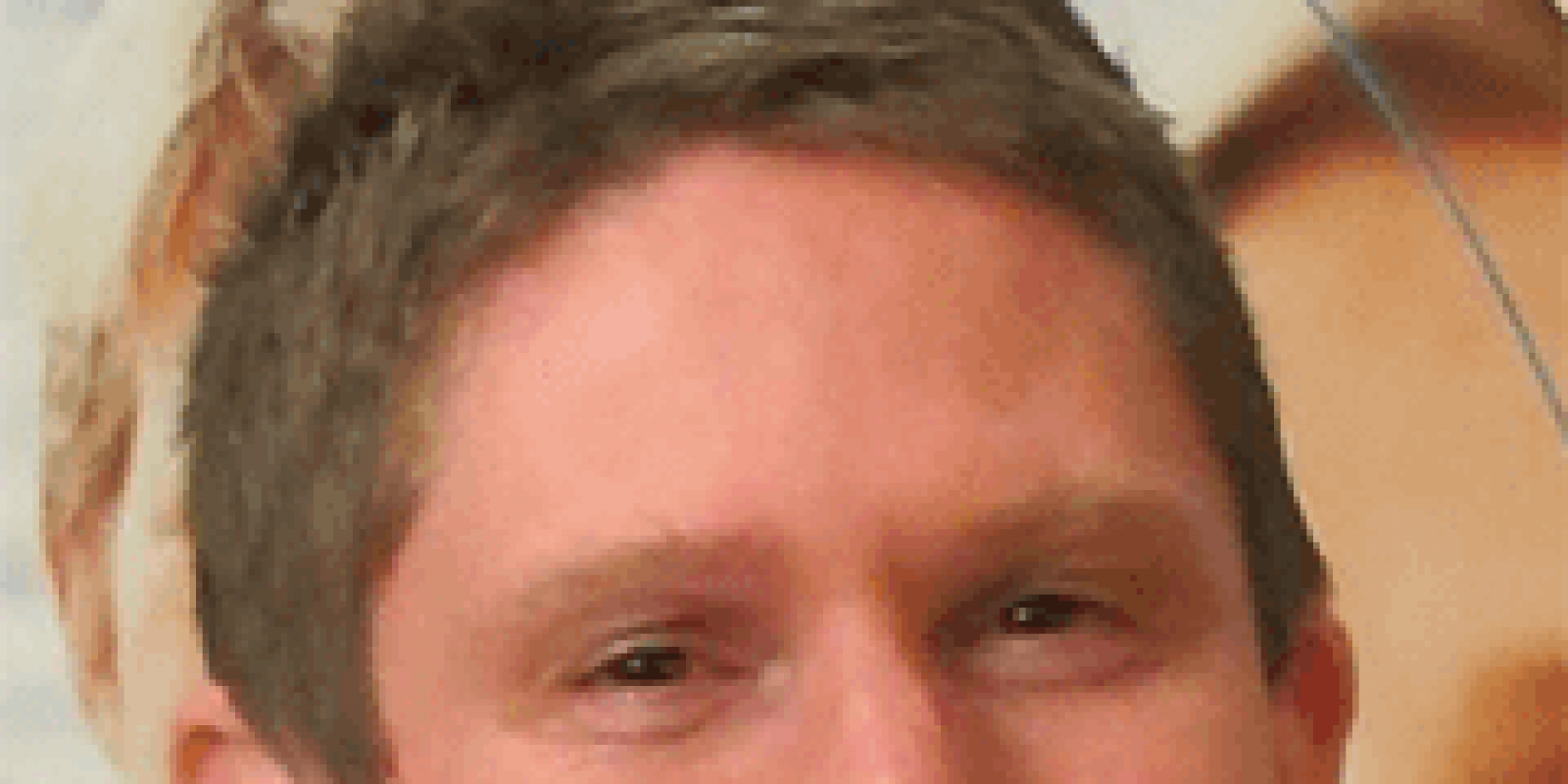 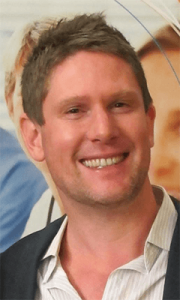 Guest: Dr Jerome Sarris PhD
Presenter: Wayne Bucklar
Guest Bio: Dr Jerome Sarris PhD is a Senior Research Fellow (CR Roper Fellow) at The University of Melbourne. Jerome moved from clinical practice as a Naturopath, Nutritionist, and Acupuncturist to academic work, and completed a doctorate at The University of Queensland in the field of psychiatry. He undertook his postdoctoral training at The University of Melbourne, Department of Psychiatry; The Centre for Human Psychopharmacology, Swinburne University of Technology; and The Depression Clinical & Research Program at Harvard Medical School (MGH). Jerome has 98 publications to date, and has published in many eminent psychiatry, psychopharmacology, and nutrition/natural product journals.

Segment overview: In today’s Health Supplier Segment, learn about the advancement in research and integrative medicine to better understand mood and anxiety disorder. We welcome Dr Jerome Sarris PhD from the University of Melbourne who is here to share his expertise regarding this topic. In addition, he was among the speakers in the recently concluded Blackmores Institute Symposium held this month. Dr Sarris PhD has a particular interest in mood and anxiety disorder research pertaining to nutraceutical psychopharmacology, and in Complementary and Integrative Medicine, and psychotropic plant medicine research.

Dr. Jerome Sarris: Good to be with you.

W: Now Jerome I understand you were talking about complimentary and integrative medicine in mood and anxiety disorder, what was it you were telling the symposium?

S: Well, look we’ve covered a range of particular areas. Some are pertaining to our NHMRC funded research which we’re quite excited about and it generally concerns the studying of various nutraceuticals that is sort of plant or nutrient based supplements to treat a range of disorders including generalized anxiety disorder, major depressive disorder, bipolar, depression as well as OCD.

W: Now just for the sake of people who are not academic in background, NHMRC?

S: Oh sorry, NHMRC. Yeah NHMRC so the National Health and Medical Research Council so these are government funded projects, just which were very proud of cause it does show I think our fierce commitment and the government commitment towards exploring some of these complimentary in integrative approaches for mental health.

W: Now that’s a competitive research funding I assume so …

W: There’s a ground for you to be proud if you’re given grant from a body like that.

S: Yeah, well certainly in today’s competitive research environment, yes. And we’re very proud. So I mean some of the work we do some of this in potential partnership with a company like Blackmores, I mean more industry related work but we’re especially proud obviously a government funded research because it’s difficult to get but also I think it sort of gives a little bit of the stamp of approval in terms of the quality of the research we’re doing in Melbourne University.

W: And Jerome have you completed any of that research yet and published or is it still in the early stage?

S: Well look we’re still recruiting down in Melbourne and Brisbane. For example we’re testing a multi-nutrient formula to see if we can enhance people’s response to anti-depressants for treating their depression better. As well as another study which is ongoing looking at Kava which is a South Pacific medicinal plant to improve people’s anxiety symptoms as well as other nutrient work in the area of bipolar disorder and OCD. So yes, they are varying stages – our projects – but yeah we’ll certainly have some very good data we hope and results in the coming year.

W: Now in understand that there’s quite a bit of research around the literature that suggest detrimental effects from unhealthy diets and from using deficiency, what’s the research about the counter? There’s much that have been published about the beneficial effect?

S: Well look, absolutely. And I think that’s what’s exciting about it. It’s that there’s a relationship shown cross-sectionally, in other words just looking at the quality of people’s diets, very good nutritional healthy diets versus sort of unhealthy processed more westernized diets. And showing that at both end of the spectrum they can be beneficial and protective effects or they can be as you said detrimental effects, yeah absolutely. So that’s an area I think which we’re excited but also longitudinal work, so showing that some data showing that that quality of a person’s diet may predict down the track the level of depression symptoms or anxiety symptoms that they may have later on.

W: That’ interesting. The whole idea of complementary medicine has come along dramatically in since my days in clinical work which is about 40 years ago. Way back then if someone was you know eating fish for health reasons or taking fish oil at that time it’s… issue, it’s a bit weird and now I’m 60, my Doctor prescribes medication and writes at the bottom of the script ‘plus fish oil.’ It’s just become a routine part of the general practice I think.

S: Yeah, look it has and I think that’s what’s good. I mean we’re still going to need to obviously do a lot more work. But I think more what’s encouraging is high quality research being conducted to substantiate some of these interventions such as Omega 3 or in fact in some cases to sort of clear people’s minds in terms of something which may not work. I think there’s an issue equally that some, there are some serious treatments and it’s always good I think to have sometimes good study saying “No, look we can’t use this.” for this it can be equally as important.

W: And you mentioned Blackmores before, we’ve got a number of stories with them and it’s nice to know that they are very heavily involved in incredible academic based, evidence based research.

S: They are, yes. I mean look don’t get me wrong as an academic we’re all encouraging them to invest more, there is no to chat about that. However what they’ve done to institute I think is fantastic and also I think they’ve appointed a chair plus the story chair at Sydney University or at least shortly there will be. So that’s very encouraging, their investment in that area.

W: Yes. And did the symposium take well to your message when you were there?

S: Look, I think it did. I mean the main body of people there I think were mainly pharmacists.

S: So … obviously their background very much aligned or understanding of pharmaceutical medicines. But they realize they’re bread and butter to a good extent now they does conference some of the sales of these supplements. So they’re very interested very, very keen to learn more, my position’s always it’s about the best of both worlds. So the strengths of judiciously used pharmaceuticals as well as evidence based supplementation were required. So I guest having that integrative approach tends to go quite well with the mainly sort of pharmacist’s work.

W: And that integrative approach in medicine is becoming a trend I think in quite a number of ways around the world. But it’s almost starting to look like another specialty in medicine.

S: Yeah look, it is I mean I think that’s something which is an ongoing evolution, I used to say that maybe the paradigm and who knows 2050, a hundred years will change that there is only integrative medicine. That it isn’t just sort of one or the other, at the moment it’s still I guess coalescent in terms of what it is, whether it is a distinct field or whether it is just the coming together of two different field or whether it is the evolution of medicine intrinsically as it is.

W: I’m in conversation with Dr. Jerome Sarris who is a Senior Research Fellow at the University of Melbourne. And who has just recently addressed the Blackmores Institute Symposium. Jerome if there was a misconception about your work that you know drives you nuts and keeps you awake at night, what is it?

S: Obviously I’ve never asked that question, I don’t know, I feel too worried about in terms not being understood, I mean we’re proud in the work we’re doing in the sense that I mean we try to I guess draw from traditional knowledge whereas my background certainly having an understanding in plant medicines and nutritional medicine whilst using I guess that traditional knowledge, but then applying it in under I guess under rigorous research models. We also for example, look at genetics, pharmacogenetics the individual gene differences between people, how they respond to these particular medicines as well as neuro-imaging so the image that the brain, also recognizing those effects. So we do apply pretty rigorous science so I feel covered from that point of view. I guess the main issue I guess going into this integrative complimentary medicine field is you do worry whether you’re being taken seriously and whether the medical opportunity will be a little bit critical and judgmental. But I haven’t found that, I mean maybe potentially things pain in my back. But look it’s been generally very supportive – the industry – and I think that for me if you are doing good quality science hopefully and you’re enjoying your job and you’re passionate about it, there’s not a lot which keeps me up at night regarding that except to say that there’s just a lot going on. And you’re always thinking about new projects or what’s going on with the existing ones or all sorts of crazy ideas. I think that keeps me up, but it’s generally all very positive.

W: Well Jerome thank you for dealing with my difficult question. We should call that section ‘questions without notice.’ Congratulations on your funding, that’s so great to hear and we look forward to chatting to you again when you get some results that we can talk about.

S: I’d be more than happy to. Thank you for having me.

W: If you just missed my conversation with Dr. Jerome Sarris, Senior Research Fellow at the University of Melbourne, the good news is we have a transcript for you on our website. You can also hear an audio archive of this interview on YouTube and on SoundCloud. And both the transcript and the links to the archives are available on our website at www.hpr.fm. My name is Wayne Bucklar, you’re listening to Health Professional Radio.