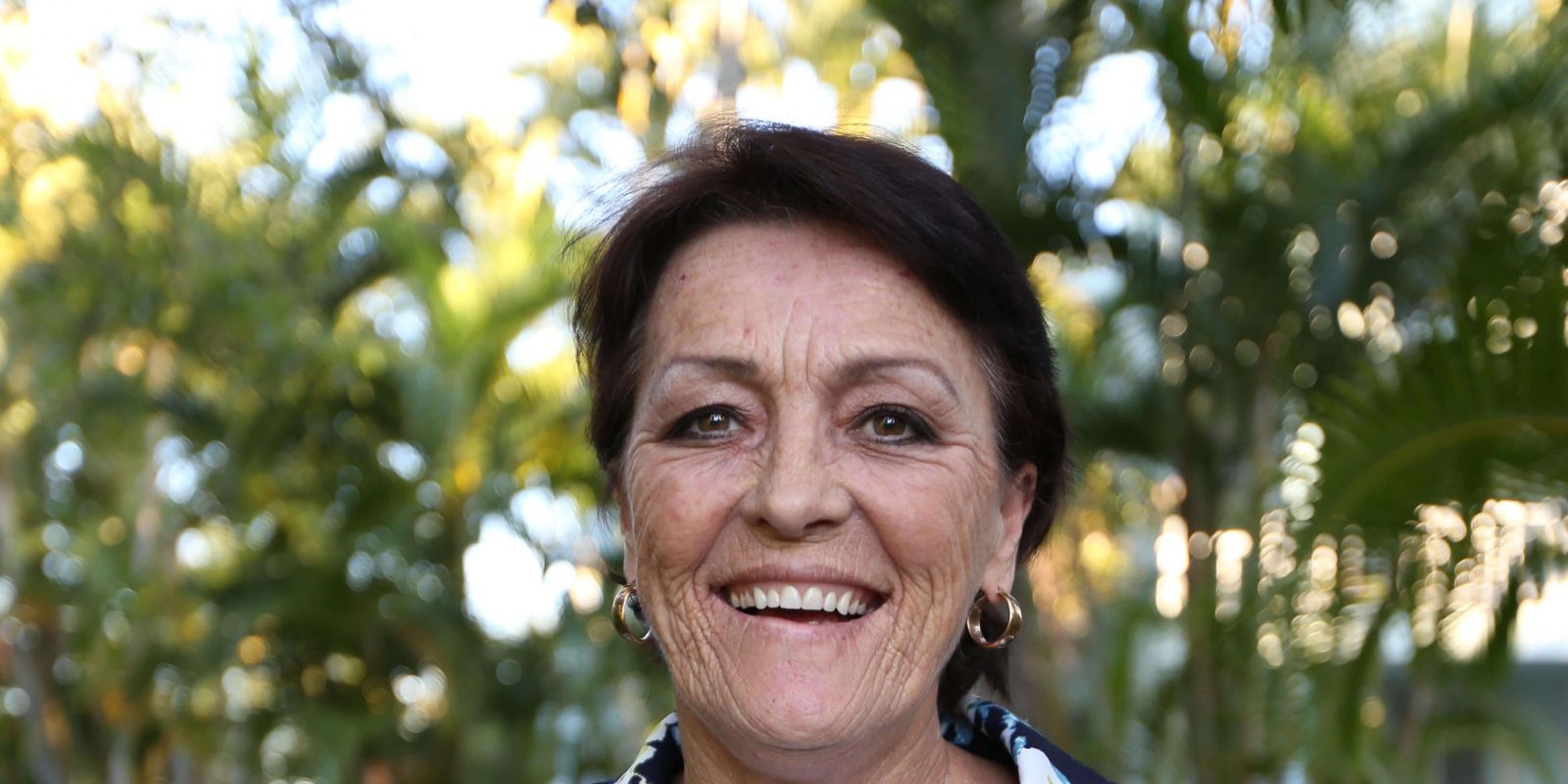 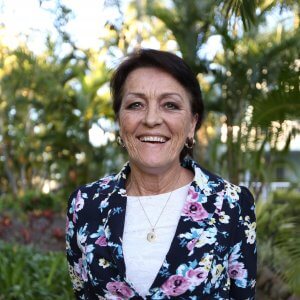 Guest: Deb Lynch
Presenter: Patrick Reyes
Guest Bio: Deb Lynch is the secretary and media spokesperson for the Medical Cannabis Users Association of Australia (MCUA). She has worked in the Healthcare industry since 1977 and fulfilled roles such as a Medical Receptionist, Pathology Laboratory a/hrs Manager, and Phlebotomist in both public & private sectors. After a workplace spinal injury in 1988 where her surgery failed to treat her condition, she discovered MCUA and was introduced to the pain relieving and anti-spasmodic properties of Cannabis.

Segment overview: Deb Lynch talks about the Medical Cannabis Users Association of Australia (MCUA) and its mission to the educate Australians about the therapeutic benefits of organically grown cannabis to help patients experiencing anxiety, chronic pain, and other diseases. She also clears up some misconceptions and outdated opinion of the community towards the use of medical cannabis.

Patrick Reyes: Hello and welcome to Health Professional Radio, I’m your host Patrick Reyes and on today’s show we have Deb Lynch, she is the Secretary and Media Spokesperson for the Medical Cannabis Users Association of Australia. Welcome to the show Deb.

Deb Lynch Thank you and thank you for asking us to speak with you today.

P: Okay. You’re welcome. Now, can you give us a background on how you discovered the benefits of cannabis?

D: Personally, how I discovered the benefits of of cannabis?

D: I had a spinal injury which required surgery and the surgery fails out up to 12 months and have chronic back pain ever since and it was actually suggested to make a CRP it’s not working to help with pain and the muscles spasming and I found at that time that it did help. Later on, I actually spoke with a psychiatrist at the time because I’ve been treated for PTSD since 1977 and he explained to me that because I told him that I had been using cannabis that I found that it was helping with my anxiety and what not. And he explained to me that the THC in my case, because my anxiety, my normal emotional state is hysteria and THC actually doesn’t get me high and actually brings me back down to normal where I can focus and function. So I started in 2012, I replaced 40 years of anti-depressants and anxiety medication and anti-psychotics with cannabis and I haven’t looked back. Then after that, I developed an auto immune disease called ‘limited scleroderma.’ I went through all of the mainstream processes and exhausted all treatment options by 2014. My only recourse after that was opiate pain relief, I have digital … the last time I had for 8 months which wouldn’t heal and the doctors were just at a lost as to what to do with me and just found the MCUA quite by accident and started learning about cannabis medicine.

P: Now, what is it that exactly that MCUA of Australia does?

D: Okay. MCUA of Australia is a patient advocacy group, well being nationally full strange to have unrestricted portable access to cannabis therapeutics. We also have a Facebook group which was set up specifically for Australian because we want to show the government the statistics on use and perspective use. We check all profiles for members and we apologize in the international support with that we reluctantly have to decline. We’ve started as a Facebook group in 2014 in June and we’ve just reached 12,000 Australian members. We also became an incorporated association a year later in 2015 and we now have our own webpage to reach more people who don’t use Facebook and our website is www.mcuainc.org.au.

P: Again that website was www.mcuainc.org.au. Now going back to medicinal cannabis, what are some of the benefits?

D: It’s enabled people to feel straight about coming out of the cannabis … to others, talking about their use coming from an MCUA perspective and we would have at the benefits, the benefits for lawmakers by getting them to know that who in they constituents want from them. It connects people with experience, skills, and knowledge, people who are hungry for information and we have the doctors who utilize us still. Basically some of our healers have been making cannabis medicine for decades but so far, the medical … tend to ignore this asset. We can also help in professional discounts on courses that offer continuing education point. So we are in affiliation with a US based education provider now, rather than having them wait until a specific course is written by Australian Academia who are new to this idea of cannabis as medicine rather than its as an elicit drug. Its benefits, I haven’t heard a one single person who it hasn’t benefited in some way, .be it being able to get off prescription medications that were absolutely destroying their quality of life to people who have cured cancer within our group and people who no longer like myself, opiates will not given the extreme pain levels that I had, cannabis does. You know as… every single person that I spoken to and we’ve got 12,000 members, I haven’t had one person who hadn’t have some benefit in some way.

P: Alright. What is currently the legal status of medical cannabis in Australia?

D: That depends on how many secret meetings the government tells them, regulation changes behind closed doors. Recently, we had, the Federal Health Minister Susan Ley with approval from , Prime Minister Turnbull and its cabinet made discretionary changes to therapeutic goods regulation, that take away the legal right to seriously or dying patients to be able to access any form of cannabis in category A including …oil, cannabid oil, CBD, even CBD hemp oil from the low or …industrial cannabis plant which is sold overseas as a food supplement. These politicians have their political dynasty to answer to and that’s the main reason why they’re spending so much time and energy … I think.

P: Now, are there any side effects to using medicinal cannabis?

D: Side effects, with the THC for instance, if you take more than your body is able to cope with it at that time you can have a situation where the psychoactive effect takes effect but you can counteract that very easily by having a glass of orange juice or a quarter of a teaspoon of black pepper in it, the … in the black pepper and the orange juice actually counteract the THC effect. And that’s really only, CBD can do the same thing, in some people CBD can actually promote a psychoactive effect in some people. This is why our government and now our medical professionals here don’t seem to understand that it’s a personalized thing, it’s not a one medicine fits all. We’re not going to be able to say, ‘Okay, here’s your cannabis medicine demanded … by THC.’ I don’t know what their problem is because THC is one of the most important ingredients in helping people with cancer and epilepsy and chronic pain and all sorts of manner of disease states.

D: In our opinion? All use is medicinal, it’s all therapeutic. Maybe ask yourself, ‘Why do these people smoke in the first place’? Is it because they have anxiety? Is it because they don’t want to drink too much alcohol?’ No one is asking the questions behind what they’re calling recreational. Every single person gets a therapeutic effect out of it. So are these people actually treating themselves without really knowing?

P: Obviously, when it comes to other people when they hear ‘cannabis’ they’ll think ‘Okay, this is might be illegal.’ But what is the biggest misconception you’ve heard about medicinal or medical cannabis that you would like to clear out?

D: That I would like to clear out? I’m not sure that the public has any misconceptions about the MCUA because we’ve never waved it from our stance that we’ve made home growing as the best economic solution to get access as quickly as possible to the greatest number of people, but as far as the misconceptions for the medical profession, there’s a great deal of confusion about the definitions of medical cannabis. Single molecule or CBD only and hemp oil and hemp seed oil are not medicinal cannabis and this drives us nuts. Full extract cannabis oil … bring best results and no wonder the doctors here are baffled and this is where our communal knowledge depend on personal trials could be utilised rather than being shunned and ignored, this keeps us awake at night. Many people well not only pharma makers of medicine because that’s what they’re conditioned to, but those who are familiar with cannabis herbal medicine want to grow their own strains for this to be made and know about … with a therapeutic value, not a dangerous narcotic. Doctors and politicians here need to wrap their heads around that concept and get down off their moral high horse and listen to their patients’ stories.

P: Alright. And what’s the message you would like to give our audience as to being part of our show today?

D: Look out for us next year, we have lots of things planned for next year, our members are very very eager to get accurate information out into the community so we’re actually talking about having market stores, right throughout Australia, with our individual members around Australia will set up market stores and they will help educate the people within their community and we’ve also got some three new trailers that we have made that we’re actually planning a cannabis journey around Australia educating people with our information that we’ll have containing in those trailers.

P: Alright. Well it’s been a pleasure talking to you today Deb.

D: Thank you so much and thank you to Health Professional Radio and I hope to speak to you again one day.

P: Now you’ve been listening to Health Professional Radio. I’m your host Patrick Reyes and we’ve been in conversation with Deb Lynch, the Secretary and Media Spokesperson for the Medical Cannabis Users Association of Australia, as we talked about medical cannabis and its uses and hopefully clear up any misconception about cannabis that others may have. Now if you’ve missed our conversation or if you’d like to listen to this interview again, transcripts and audio of this program are available at healthprofessionalradio.com.au and also hpr.fm and you can subscribe to this podcast on iTunes.