Medical Errors and the Loss of Life [Interview][Transcript] 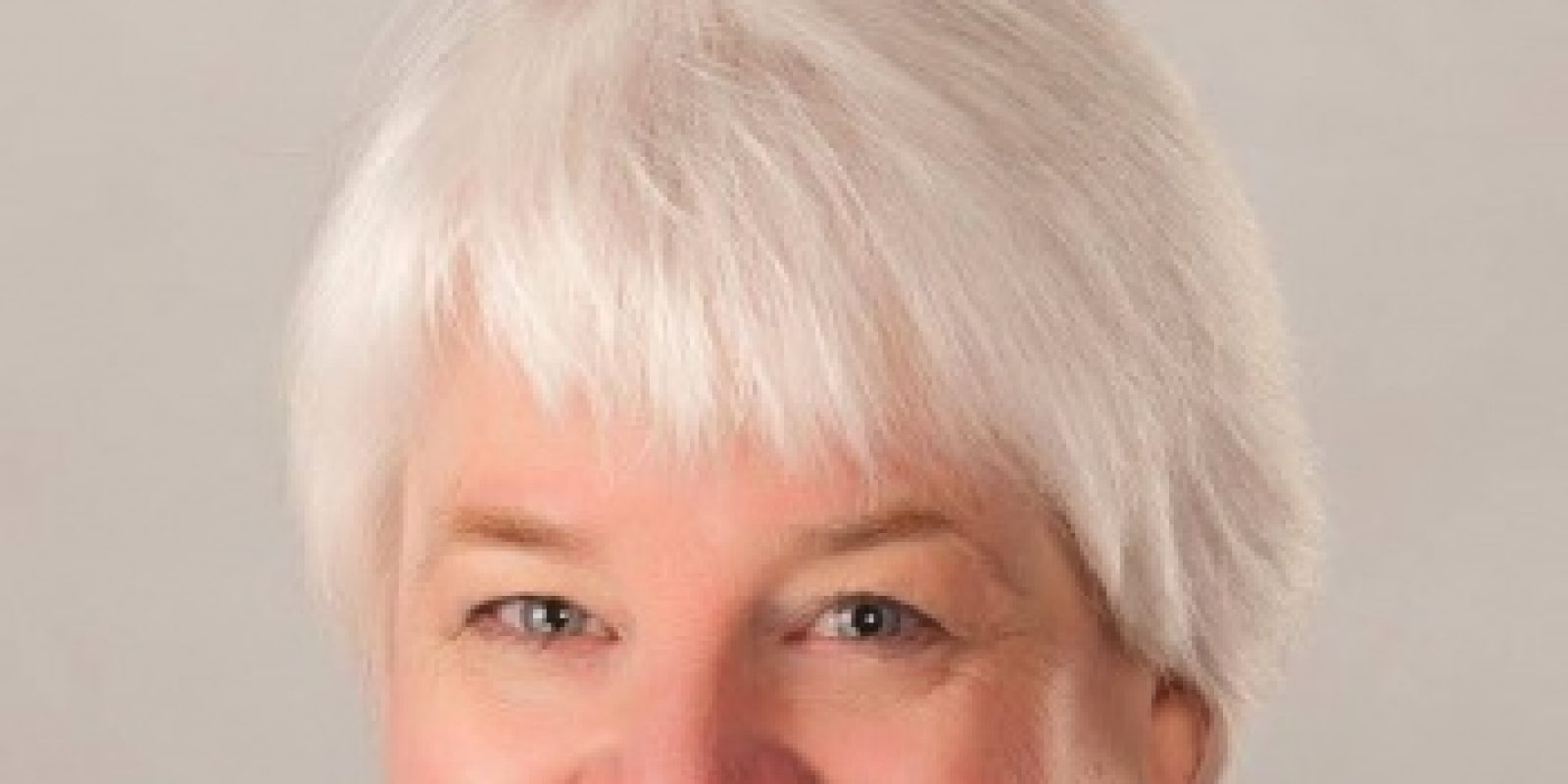 Guest: Dr. Carol Gunn
Presenter: Neal Howard
Guest Bio: Dr Carol Gunn is a physician practicing in Portland, Oregon, whose professional mission changed after the loss of her sister. She is now an outspoken advocate for patient safety and is beginning to collect other patient safety stories. Dr Gunn believes that with strong healthcare leadership, transparency and accountability, the tide will turn on medical errors. She can be contacted at www.CarolGunnMD.com.

Segment overview: In this segment Dr. Carol Gunn talks about her sister Anna’s death due to medical errors.

Neal Howard: Hello and welcome to Health Professional Radio. I’m your host Neal Howard, so glad that you could join us today. Many of us utilize medical facilities and professionals on a daily basis. People that we know, people that we love, family members, friends, encounter medical problems from time to time. One might say “Well everyone make mistakes.” But some of those mistakes cause much more than others. Our guest in studio today is Dr. Carol Gunn, how are you doing?

Dr. Carol Gunn: I’m doing well. Thank you for having me.

N: Thank you so much for joining us today. Now Dr. Gunn you’re a Physician practicing in Portland, Oregon now. And your life, your professional mission and your life changed after the loss of your sister due to medical errors. Now you’ve been calling for strong healthcare leadership, transparency and accountability, in the hope of minimizing or preventing medical errors that caused in your sister’s case a loss of life, is that correct?

G: That is correct, yes. My medical mission changed on May 27. And so she had a complex medical history that she had a bone marrow transplant. But she started to complain of chest pains, about 12 months after her transplant. And when she started describing these chest pains, her physician didn’t really hear her. And so she described them for over 3 months and then ultimately died from a heart attack.

G: Not hearing her. It was February she told me about the chest pain and I told her “You got to go to the ER,” and she told me “Well I’m telling my physician.” And after the review of her medical records after she passed, I realized she had been. She told one of her physicians back in February and he told her to take antacids for it. And then a few days later, another physician told her a certain medicine is trigging it but no one bother to pulled a EKG or kind of root out what might be actually causing the pain. She saw a third physician, he just said it’s part of a “pain syndrome” and it wasn’t until May, and late May where people actually paid attention. She was already in the hospital and that’s when they finally pulled the EKG for her, after she’s been in the hospital for over a 12 days.

N: You were mentioning some things that physicians were saying and then you said one said “pain syndrome.” Could you just briefly let me know what that is?

G: Sure, absolutely. So a “pain syndrome” some with certain diseases have more pain syndromes. And so she had a bone marrow transplant and so sometimes when you’re taking anti-rejection drugs, you generally have aches and pain. But she was pretty clear and her medical record shows she was really clear too that she was having external pain going back to her back. And those should have been red flags to at least look at it a little deeper. Why would this woman started complaining of this now? And why is it escalating right now? And no one bothered to do that. And so she actually was admitted to a local hospital transferred back to the teaching hospital that did the bone marrow transplant. And even then when she got transferred back, they missed it again and just started treating the pain with narcotic, never understanding what the pain maybe coming from.

N: And she ultimately died as tragic and horrific as that must have been, when or how did you go about digging into you say you looked at her medical records extensively and began to realize just how much was involved with her telling people prior to her death – where did you begin? Because that’s a very touchy subject, especially when people pass away in the hospital all the time or from other care not necessarily in the hospital. It’s just that people pass away but when you’re talking about errors that have been made to cause someone’s death, how do you get there with other physicians and have access to some of those records readily?

G: Well I was really close to her even though it’s 600 miles from her so I knew a lot about her medical history. She had asked me to follow up because she knew that they had missed this too. And on the last thing is I requested the medical records, I was a durable power of attorney for her so I had clear access to her medical records. And then I went on that from the transplant hospital and then I went to all of her local physicians and asked her record. Her teaching hospital medical record was over 14,000 pages long.

G: Yup. And many of them I didn’t have to read, I could just glance at and say “No, I’ve seen this before.” I kind of knew where to dig in and where to look. And I knew and asked about her previous lack of cardiac history and her current history. And then I also knew, they asked me “could they do autopsy” and I readily said “Yeah.” And the autopsy also gave a lot of clues. So the autopsy said that she had been having ongoing waves of heart attacks, so that was another huge clue. And as a scientist I wanted people to know how she died and why she died so that it could be prevented for someone else suffering the same fate.

N: So as you began to dig dipper into your sister’s situation, what else did you discover? I mean your sister wasn’t the only one who had been affected?

G: No. Well, so I was always aware of medical errors, but I wasn’t really aware of the extent of that. And once I started looking at it I realized “Holy cow, there are a lot of medical errors.” And you can also see in the medical record, I mean so she was a complex patient and what was happening were people were copying and pasting the previous note to the current note and not correcting the new note. And so it’s hard to figure out what was new information and what was old and outdated information. And then how could you expect someone, she’s having something going on, how can you expect the covering physician to figure out what’s going on if he has to read even several hundred worth pages of a medical record. So the volume of the medical record is a problem, and because we’ve turned to electronic medical records are people don’t sit down and say “Well she’s got chest pain, so it could be from heart attack, or it could be from her bone marrow transplant, or it could just be aches and pains.” No one is writing this information out anymore, that’s something we call differential in medicine and you just don’t see that written in the medical record on an ongoing base.

N: Well if there are that many holes, what are the numbers of people who are affected by medical errors in such a profound way?

G: So the estimates are, and they’re estimates because we don’t have a good counting system here in the United States nor anywhere – the estimates are from 2013 between 200,000 and 400,000 people die and probably 10 times that have non-fatal errors.

G: So 200,000 to 400,000 – that’s a huge number and it’s almost hard to even imagine. But that number is evidence based number by Dr. John James. He went back and looked at a couple of different studies, and people have agreed with that number. Many people in the patient safety services area agree with that 200,000 to 400,000 number. This week, a new report came out from the Institute of Medicine and it said that most of us will suffer from a “diagnostic error,” a significant diagnostic error in our lifetime. I mean that’s everyone in the US.

G: Most of us will be suffering from that, yes. And my sister’s was a delay in diagnosis so if someone who have caught in February and gave her the medication she needed in February, she likely would still be alive today.

N: Now where can our listeners get more information about what you’re doing as far as advocacy for patient safety when it comes to these medical errors?

G: www.carolgunnmd.com I did a TEDx in July and that was just released. And so you can Google Tedx Carol Gunn and it will pop up and you’re be able to watch my Tedx talk on this very subject.

G: And there’s a link there or information there of how to get a hold of me.

N: Great. You’ve been listening to Health Professional Radio, I’m your host Neal Howard. We’ve been talking in studio today with Dr. Carol Gunn, a Physician practicing in Portland Oregon whose life was changed after the loss of her sister. She’s now a very outspoken advocate for patient safety and has begun to collect other patient safety stories as well in her efforts to gain a strong healthcare leadership transparency and accountability throughout all levels of the medical profession in the hopes of preventing or at least diminishing the huge number of medical errors that happen in this country and abroad each and every year. It’s been great talking with you today Dr. Gunn.