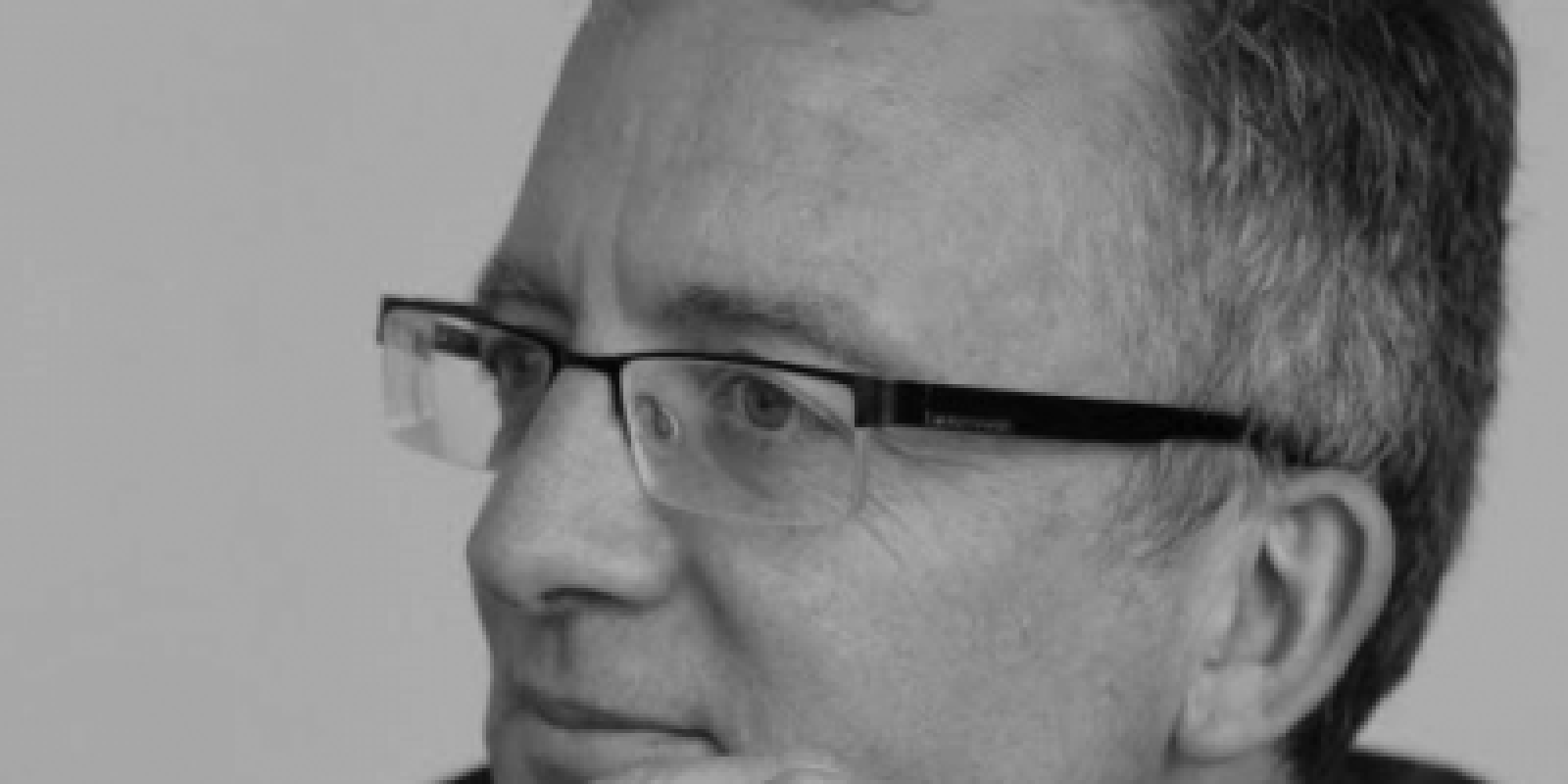 Guest: Professor Andrew Scholey
Presenter: Wayne Bucklar
Guest Bio: Professor Andrew Scholey is director of the Centre for Human Psychopharmacology at Swinburne University, Melbourne. He is a leading international researcher into the neurocognitive effects of natural products, supplements and food components, having published over 170 peer-reviewed journal articles, and 15 books and book chapters. He has attracted over $17 million in research funding, including from industry which allows rapid translation of research into evidence-based end-user health benefits. Scholey has been lead investigator in a series of studies into the human biobehavioural effects of natural products, and their neurocognition-enhancing and anti-stress/anxiolytic properties. His current research focuses on neuroimaging and biomarker techniques to better understand the mechanisms of cognitive enhancement.

Segment overview: In today’s Health Supplier Segment, returning guest Professor Andrew Scholey shares with us research developments focusing on memory improvement especially for the ageing population. Trials are being undertaken to understand more about people experiencing problems with their memory ranging from Alzheimer’s disease or any other dementia as well as those who have cognitive impairment. Professor Scholey and his colleagues are interested with the health effects of natural products particularly the benefits to mood and cognitive functions to older individuals.

W: So Andrew you’ve been doing some research on memory improvement, tell us what’s been happening.

A: Yeah. So a great deal, look, what my group does is to look at different ways of improving cognitive function particularly with aging. So there are a number of strategies that people can put in place to help protect their memory and we are particularly interested in nutritional interventions -a way in which diet and diets from supplements maybe able to improve memory performance. So these include a number of herbal preparation so things like ginseng, for example it has been shown to improve memory particularly actually in health. These younger people who you might think don’t have that mature improvement, but there’s been a number of trial showing that high quality ginseng can improve memory. There’s also some emerging work from myself and also my colleague Andrew Pipingas looking at broad spectrum multivitamins and their effect, now there seems to be an emerging pitch that they can improve memory.

W: Now broad spectrum multivitamins are just the average of one of the mill multivitamin?

A: Well, yes. Often with this sort of studies, the vitamins themselves have to be high quality. And I think if people are thinking about taking one then, yeah, they should probably take one that has been researched because first of all you know that having the desired effects, because there’s research behind it. And also you’re helping to take something back I guess to those companies that have already got behind research rather than just using it to sell their products. And I should say at this point that a lot of these studies are funded by industry and need to really make that very transparent. So a lot of the studies that our group has been involved were sponsored Bayer who make Berocca by Swisse and by Blackmores so all three of those make high quality products. And I’m sure there are plenty of others out there as well, I’m not here to sell vitamins for these people (chuckle).

W: It’s one of the problems isn’t it? With all the complimentary medicine, like you can’t get a drug patented or ginseng.

A: No, that’s right. And it’s been said that you can’t patent a plant, and yeah that’s certainly the case. What has been an interesting development over the last 5 or so years is that actually big pharmaceutical companies have been getting to invest in smaller companies that make nutraceuticals or supplement. And I try and avoid the term complementary and alternative medicine just because they’re such a broad range of intervention, some of which don’t have any evidence behind them and some like ours have a very good body of evidence. So I prefer to talk about by bioactive nutrients or bioactive plants extract. So we know that when we look at cognitive decline, one thing that’s interesting is that not everything goes. Some aspects of cognitive function are maintained so things like general knowledge, your vocabulary, verbal ability, that sort of wisdom, kindess, and cognitive domain, actually can kind of increase with anything with age. But there are problems that occur with aging including paths where there’s kind of time pressure to undergo them. And generally the speed of which we process information goes, things like recognition memory and spatial and working memory. So working memory is the sort of thing that you walk into a room, you think “Why did I come in to this room?” Or you know you start to dial a number and won’t be able to pick up your phone and then who am I gonna call? So those sorts of things tend to go with aging. It’s interesting that the work from Andrew Pipingas in our group has showing that it’s those vary specs of memory which seems to be improved by multivitamins supplementation and it seems to be particularly something that improved by B vitamin preparations. And part of this work is actually being done on individuals who have subjective memory impairment. So these are an interesting group because they used to be called “memory complainers” just like a dismissive way. And this are people who tell us that is their memory is worth and it was maybe usually a year ago when they think about it. Now when we use our very carefully construct cognitive test in the laboratory, these well validated computerized tests, normally these individuals don’t fail on those objective test, so their memory scores are as good as it should be. But when they are put in to a scanner to measure brain activation, actually that brain seems to work harder, so they show more activation to maintain the same level of cognitive function. And more recent evidence had shown that this people attract and you look at the number of them who go on to get dementia, a much larger proportion than the rest of the healthy population who will go on to get dementia. So it’s a real issue, it’s a real a fact, and it’s something that we think could be not prevented completely in the population, but there maybe some sort of protection from nutritional interventions, including things like multivitamin intervention. Now that’s also sort of quite, one question that often comes up is “Well what if I’ve got a regular diet anyway?” And it’s been interesting question and probably if you have an absolute optimum diet, very rich in good brightly colored vegetables for example, maybe you don’t need the supplementation but you certainly don’t need to be clinically deficient in any vitamin in order to benefit from vitamins and there’s a great deal evidence now showing that’s the case.

A: You’re absolutely right. And in fact if you look on the Harvard Medical School website they suggest multivitamins might be something that people should take, they call it a kind of “insurance policy.”

A: Thank you Wayne. And then I guess more recently there is some work that we’ve done actually showing differences in brain activation following supplementation. So this is very exciting for us and it shows the number of things. So one is that it shows that supplementation with this B vitamins or including B vitamins and other multivitamins – it shows first of all that they are getting into the body, crossing into the brain and having real physiological effects on brain activation. So we know that they have what we call “central bioavailability” which is important. And most importantly it help us to try and understand the mechanisms by which they are having any benefits and this … in increasing brain activation during test performance. So particularly in the areas of the brain which light up when people perform working memory, so the very sort of tests which go with and starts decline with aging.

W: Andrew the work that you’re doing, are you anticipating publishing in any sort of foreseeable time frame?

A: Yes. I mean all of the work that our group does is we do it to high standards, so they’re all what we call double blind placebo controlled trials. And whenever we can sometimes we’ve done some work looking at the Mediterranean diet and it’s not easy to been double blind that one (laugh)

A: You’re actually changing people’s whole diet. But all the vitamin studies are performed double blind. We’ve just published one of our studies on Berocca in the journal Nutrients looking at the positive mood effects and we’re currently writing up the brain imaging effects from that trial and a lot of these are published. A recent publication actually which was slightly different twist on what we normally do in these studies was we got people at the end of the trial, we asked them if they had any changes that they noticed either positive psychological, negative psychological, positive physical or negative physical changes that has occurred over the course of the trial. So this was done after they’ve stopped doing the trial, and then we got somebody to categorize that statement as mental cognitive or physical, positive and negative and then once we categorized all those statement, we then unblinded the study, so that didn’t influence anything that already been categorized. And what we found that these statements reveal that those who had been in the vitamin group showed significantly improved mood, emotion, and they slept better, and they had increase energy and alertness.

W: Intriguing and interesting. As I say, it’s one of those things that from my point of view you wouldn’t wait for the signs, you just go “It’s such a cheap insurance policy. I’ll try that and make it part of my daily routine.” But it is intriguing that you have the evidence coming for it and congratulations on having a result that’s so clear.

A: Thank you very much.

W: Andrew it’s been a pleasure having you on. I realize you’ve come away from your conference to take the call today so thank you very much for that.

W: If you’ve just been listening to my conversation with Professor Andrew Scholey, the Director of the Centre of Human Psychopharmacology Swinburne University, then you’ve just missed my conversation. But the very good news is we have a transcript on our website, you can also listen to a sound archive on both YouTube and SoundCloud. Links to all of those are available on the Health Professional Radio website at www.hpr.fm. This is Wayne Bucklar, you’re listening to Health Professional Radio.