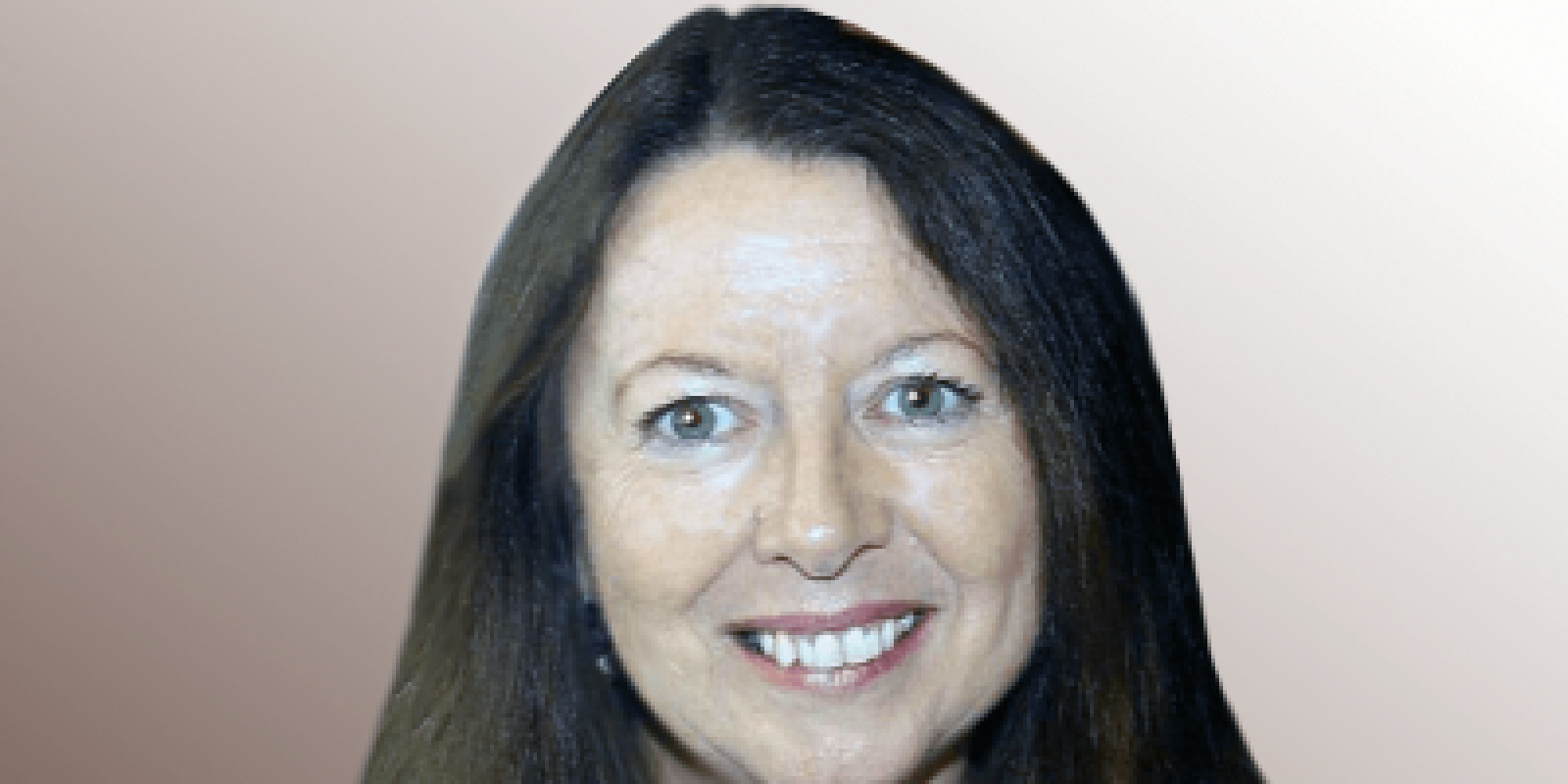 L: Yes, I a molecular geneticist and that means that we try to undertake studies to identify genes involved in disorders. I focus on human genetic disorders and in particular on common complex ones. And by complex I mean not just tricky disorders but disorders that involve multiple genes and probably other interacting environmental factors. Probably the main area of research that my lab group is known for is our work on migraine and migraine has a strong genetic component. So we first started working on migraine in the 1990’s, then we’re one of the first groups in the world to start looking at the genetic basis of migraine. And we started to collect samples from cases and controls but also from large families so that we could try to identify DNA changes that we found in cases and not in controlled. But also that we could track from one generation to the next. So we were undertaking approaches to try and identify what genes play a role in this disorder. Now we do know it has a strong genetic component, about 90% of migraine sufferers have another close relative who suffers from the disorder. And about 50% of the time it’s a close relative – a mother or a father. So it’s a strong genetic component, but there are some well known environmental components and in fact there are specific triggers that migrainers can quite often identify. They’re usually really good things like chocolates, or red wine, or nice kisses, or coffee, sometimes there are other things like strong perfumes, or cigarette smoke, or strong lights, or even changes in stress levels. So these are considered to be the environmental triggers that operate on a genetic background. So for those that are predisposed with the genetic background, these can be the triggers that bring on the actual attack in migrainers. Now if we’re to think about migraine a little bit, would you like me to describe a bit about that?

W: Yeah, I’m curious Lyn. Does that mean that if you never had a family history of migraine, then it’s not going to occur like is the reverse true as well?

L: No, not totally. So what you find as I said a little bit a while ago was that 90% of migraine suffers have another close relative. So that does mean that 10% of people are what you’d call “sporadic” so and that varies a little bit from one population to the next. So figures thought to be somewhere between 7 and 10% with the sporadics. But most of the time you’ll find that there other family members that will also suffer from migraine. It’s actually a really common disorder as well and I don’t think people realize just how incredibly common it is. So probably the largest study in the world was undertaken in the US and this was a really careful study where they interviewed 36,000 people.

L: Quite carefully to talk about their headaches. And they found that of that, 18% of women suffer from migraine, and 6% of men, and 4% of children. And it’s really, that’s a very high level. And I suppose probably the general figure would then be around about 12% of the population would suffer for migraine. Now there’s been no comparative large study in Australia, there hasn’t been any. I think the last study was in the early 90s so certainly there hasn’t been any recent studies in Australia. But we have a similar sort of population to the US and so it’s probably around about 12% of Australians would suffer from migraine as well. And in fact if you look around the world in just about every population that’s been looked at, you’ll find that the levels are pretty similar. Sometimes a little higher, sometimes it goes up to about a 20% but overall probably around about 12% in most populations. And in every population, you’ll find that 3 times more females than males suffer from the disorder. So this huge increase in female is kind of unusual that it’s so high. But the funny thing is when you look at children, it’s equal in the sexes male and female, so it’s about 4% of children. But the big change happened around about puberty where you suddenly start seeing large increase in the large number of females that suffer from migraine. And this is most likely because there’s been interacting hormonal influence that’s playing a role in that onset of the disorder in females.

W: And with those sorts of numbers Lyn, it’s got to be a big enough disease based to have an impact on gross domestic product I would think. I’m astonished at how large your figures are.

W: Yes. And it does sound like one of those very safe interventions. It’s kind of worth it even if it’s not guaranteed.

L: Well being a vitamin, it’s actually a useful thing. So yeah, it tends to be safe and relatively inexpensive. It’s still a kind of specific combination and it’s a high level of one of those b-vitamins too so you won’t kind of easily find it by eating sort of a whole lot, or eat anything. So it is specific combination, but we actually think for some people it could be really useful sort of additive to their kind of regimen of how to deal with their migraine. It doesn’t totally stop them and you certainly need, when you do get one you don’t need to take your medication whatever’s appropriate to you.

L: But it’s a good preventive in that it reduces how often, how long, and how severe you get that. So I think it would be useful.

W: You’re listening to Health Professional Radio. And I’ve been in conversation with Professor Lyn Griffiths, Executive Director of the Institute of Health and Biomedical Innovation of QUT. And we’ve been involved in a fascinating chat about “genetics and migraine,” so I guess to summarize very closely. Lyn time has beaten us but before we go, my favorite question in every interview is about misconceptions. What’s the biggest misconception about your work amongst your colleagues, clients, patients, that drive you nuts and keep you awake at night? Maybe we could help disperse it a little.

l: Well I don’t know if it’s a misconception. But I do feel obviously my passion is to try and identify genes for disorder and to translate it for better diagnosis and treatment. But I do feel that a lot of people don’t take migraine seriously. That unless you actually suffer from it or someone that’s close to you suffers from it, and you don’t seem to think it really is a big issue. However for some people it’s an enormous issue, and as I mentioned it’s a really common disorder. It can be incredibly disabling for some people, and it can really affect their life. I mean, by definition migraines last between 4 and 72 hours. Now 72 hours of a severely disabling head pain where you can’t actually do anything, where you’re very nauseous and vomiting or even some cases were you’re hospitalized. That’s episodic too, it doesn’t just happen sort of once every 10 years, it can happen quite regularly. I think this is an enormous impact on someone’s life. And one of the things that bothers me is that I suppose people don’t seem to think of it as a serious disorder. I think sometimes if you say you have a migraine, people think “Oh you just had a big night out on Friday. What were you doing, was it a good party?” or something that in a lot of cases, it’s not. It’s a disabling and very common disorder, I think it’s a 7th most common disabling disorder in the world. It’s one of the big top 10 sort of one’s that affect people and yet it doesn’t kind a have the name, or some other areas and I don’t think it has the emphasis on research or emphasis on making difference, a change that’s gonna impact on people’s lives. So yeah, I think the thing that worries me is it doesn’t seem to sort of a say “serious disorder.”

W: Well certainly today we can help with the people who have migraines because they absolutely know it’s a serious disorder already. But maybe we can dispel that a little bit amongst the people that don’t have migraines. And I absolutely agree with you, that it is for those people who have them a very serious and debilitating disorder. Lyn it’s been a pleasure having this chat with you today, I do always enjoy chatting with academics – we regularly talk with the health academy. But the beauty of talking to someone like you is that this is your passion and you absolutely know it inside and out and you’re able to make it understandable for us – people who are not quite so up to date with what’s happening so thank you for your time and patience.

L: Oh thank you very much Wayne. It was a pleasure talking to you.

W: Now the good news is if you’ve just missed my conversation with Professor Lyn Griffiths the Executive Director of the Institute of Health and Biomedical Innovation at QUT, then you’ve missed a fabulous interview of her. If you have any interest at all in genetics or migraines, please head off to our website, we have a transcript, have a read. We also have an archives of the interview so you can listen to our whole interview again on both YouTube and SoundCloud. You’re listening to Health Professional Radio, my name is Wayne Bucklar.