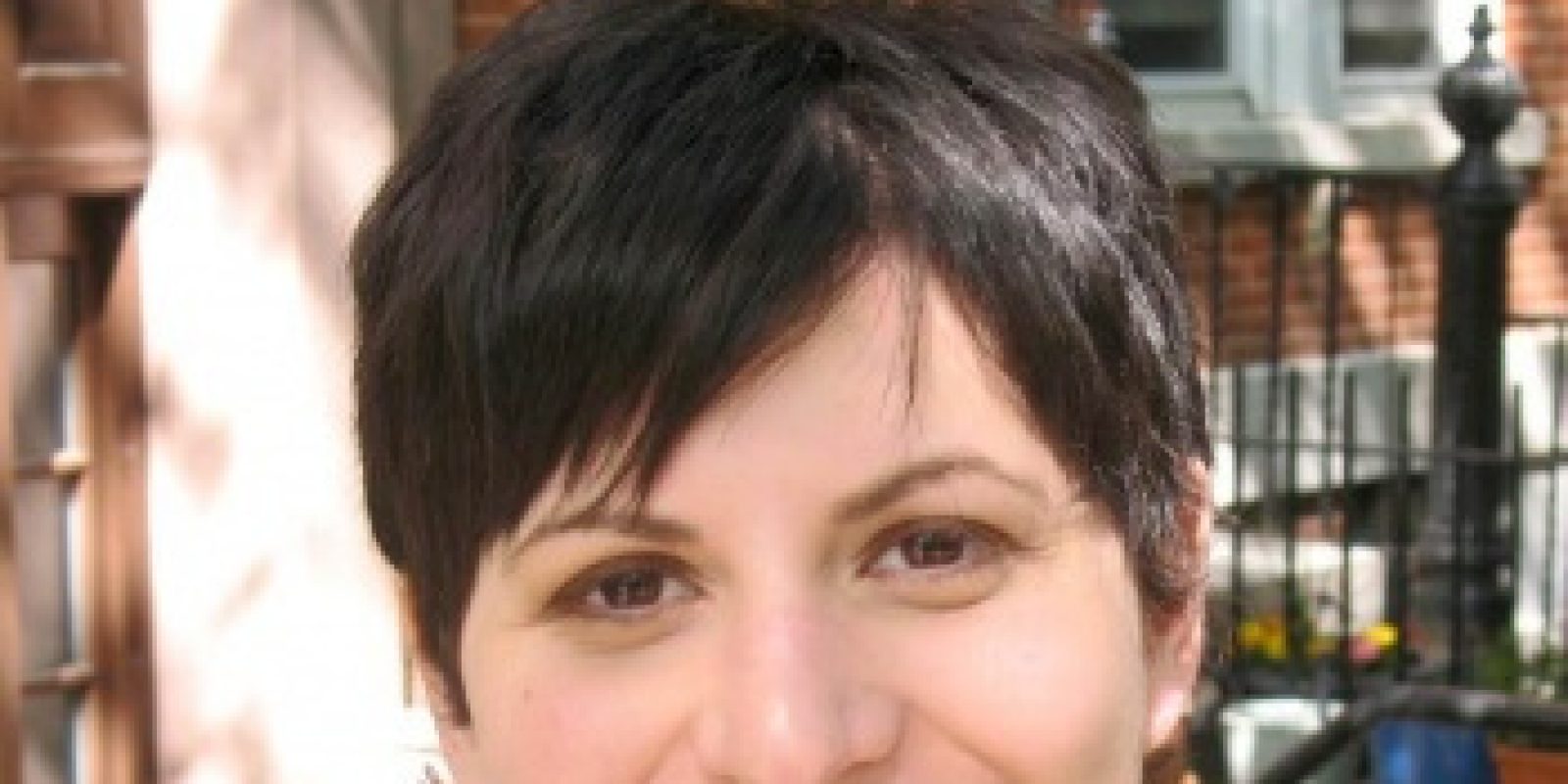 Guest: Professor Joanna Kempner
Presenter: Neal Howard
Guest Bio: Professor Joanna Kempner works at the intersection of medicine, science, gender, and the body. Her research focuses both on the formation of social problems and on the ways in which some issues are consistently ignored, dismissed, or de-legitimated. Her book, Not Tonight: Migraine and the Politics of Gender and Health (Chicago 2014) examines the social values embedded in the way we talk about, understand, and make policies for people in pain. She has also written extensively on the formation of “forbidden knowledge,” i.e. the boundaries that form around what we think is too dangerous, sensitive or taboo to research. She is currently working on several projects related to the politics of disease.

Segment overview: In this segment Professor Joanna Kempner discusses her book, Not Tonight: Migraine and the Politics of Gender and Health.

Neal Howard: Hello and welcome to Health Professional Radio. I’m your host Neal Howard, so glad that you could join us today. Our guest in studio today is Professor Joanna Kempner. She basically works at the intersection of medicine, science, gender and the body with research focusing both on the formation of social problems and on ways in which some issues are consistently ignored, dismissed or delegitimized. She’s the author of a book “Not Tonight: Migraine and the Politics of Gender and Health.” She received her PhD from the University of Pennsylvania. Prior to joining Rutgers, she was a fellow in the Robert Wood Johnson Scholars in Health Policy Research Program at the University of Michigan. And she was also a research associate at the Center for Health and Wellbeing at Princeton University. She is here to talk with us today about chronic pains, specifically migraine and the politics that surround such pain. How are you doing today Professor?

Joanne Kempner: I’m doing great, thank you so much for having me.

N: When it comes to pain, whether it be chronic pain or not, there seems to be especially in recent years a huge for lack of a better term “political agenda” when it comes to managing people’s pain. And I’m talking about not the patient managing their pain on their own, but the healthcare institution or the government managing their care in the way that they feel that it should be managed. You are the author of a book called “Not Tonight: Migraine and the Politics of Gender and Health,” I maybe one of the few people that did not associate it with migraines and I think it’s because of my own experience, knowing that migraines are much more serious than just a simple headache. Could you talk a little bit about the book and why you wrote the book?

J: Sure. Well everyone in my family has migraines, my mom, my dad, my grandmothers and I had migraines since I was a little girl and so I know how debilitating migraine can be. I grew up with a mom who spent days on end in bed and now I’m a mom myself, and I have to struggle to take care of my kids even though I’m often sick. And I’m not alone, my greatness one and one of the most prevalent disorders in the population. It affects upwards of 12% of the population.

J: It’s huge. So it’s amazing to me this thing that people out there think migraine is not a big deal when in fact it can be and often is devastating. And I’m glad that you brought up the way that the government is involved in pain care and the institutional influences in care. Because there’s a really intriguing products there, on one hand we have this opioid crisis where we have a kind of over seen over treatment of pain that’s leading to this opioid crisis. But it’s not really so much an over treatment of pain, it’s the core treatment of pain. We don’t have good pain medications, migraine is not doesn’t really respond to opioid. And so with all the money that we spend on certain kinds of pain treatment we don’t really have effective treatments for migraines, so sometimes pain treatment get a lot of attention, sometimes pain treatment get no attention and in the meantime our country has this unbelievable opioid crisis which I think is in part created by the fact that we don’t have effective pain treatment, since people are looking to numb their pain anyway they can.

J: So I think in medicine, the gold standard for deciding whether or not something is real, is being able to see it, right? Being able to visualize biological pathophysiology rates. So your best case is something visible, you see a gallbladder stone, or a broken bone, or there is a tumor pressing on the nerve, something really obvious. The second best thing that the medicine will come up with is something we can infer – a biological pathophysiology form so maybe your pain response very well to a specific drug, or maybe it shows up on a brain scan, or in the absence even that we can argue well we can’t really identify a cause of this pain but we know it creates some tangible economic or public health whereas we have to do something about generally.

N: Well I was thinking about when it comes to this chronic pain, these migraines, I’ve heard it said that “migraines weren’t real, that they’re in the mind.” I’ve also heard that there are so many different opinions as to what causes migraine in the first place. Isn’t not being able to be treated affectively for migraine or other types of chronic pain, isn’t the fact that you can’t be treated for effectively based on the fact that we don’t tie down this pain to a specific cause, or a specific treatment, or do we just say “Hey, you know I don’t understand it. We’re gonna let it go.” and they’re just kind of on their own. Because I’ve known some people who suffer from migraine who were basically on their own, until they find a physician who understands that it doesn’t respond to opioids well.

J: It’s kind of funny the way medicine deals with the “cause.” How we understand cause because you would think that the way treatment works is first you would find out what causes the disorder and then you develop a treatment for it. But that’s not actually how the medicine often works, often what happens is we find the treatment first and then from that we infer the cause. And you can think of lots of disorders in which that’s the case. But for migraine, what’s happened we have some treatments that are pretty effective. So for example “Sumatriptan” is a drug that is fairly effective for some people with migraine and is Serotonin …. And so from that there have been a number of theories about the role of serotonin, the role of neurotransmitters in migraine, so it works backwards sometimes from treatment back down to cause.

N: You say that you’re a sociologist of medicine. When it comes to this sociology of medicine, I think we touched a little bit about on some of the financial aspects of pain and debilitating diseases. They affect our society in negative ways across the board but when it comes to the government being involved and trying to determine what type of treatment, who gets that treatment, and for how long they can have that treatment – it sends some kind of scary red flag as to well is there an agenda or is there no agenda at all and which is worse?

J: Well I think with migraine it’s just something very much overlooked. It’s not seen as important. And one of the things I think that drives that agenda is “patient advocacy.” So migraine is not only is it an invisible disorder but even though migraine affects such a large portion of the population, up until very recently the patients who have migraine have been largely invisible to the government. So they haven’t really even pushing the federal government to fund migraine research – that’s starting to change.

N: So the awareness of migraine and migraine research is starting to become more prevalent in the general medical population, yeah?

J: I hope so. I’m certainly encouraged by recent efforts for people with migraines who go down to Washington to tell people, to tell the legislators, to tell people with the NIH, what the burden of migraine is, how it affects people, individuals personally with the public health burden is and to encourage increase funding for migraine. Right now the funding for migraine averages annually, from the NIH at about $20 Million a year. For NIH that is very, very low rate of funding for a disorder that’s causing about $30 billion a year to the US economy.

N: As far as lost wages and healthcare burdens.

J: That’s a very good question. There are no objective test, no objective diagnostic test that can tell you whether or not you have a migraine. This is one of the problems with … migraine. And there is a very big problem with underdiagnosis of migraine in this country, something like half of people with migraine don’t have a diagnosis of migraine. The diagnostic criteria of migraine typically consist of you don’t always have to have a headache, but a defining characteristic of migraine is typically a headache accompanied by nausea, light, sound sensitivity and other kinds of … features, although I should say I’m not a doctor. But you should, if you have a headache that comes out of nowhere, most of your headache you’ve ever had, you should definitely see your doctor. Yeah.

N: Now as we wrap up this segment, where can our listeners get a copy of your book and more information on you?

J: Well the University of Chicago press sells my book as does Amazon or any major book retailer.

N: Okay, great. And do you have a website that we can visit?

J: Yes, you can learn more about me at www.joannakempner.com

N: Great. You’ve been listening to Health Professional Radio, I’m your host Neal Howard. It’s been a pleasure talking with Professor Joanna Kempner in studio today, talking about the politics of chronic pain in specifically migraine headaches. We’ve been talking about some of the reasons that this chronic pain has been overlooked and underdiagnosed and often controlled as far as medicines that could help by the government. Lots of red tape and hoops to jump through before it’s admitted by the medical community that someone is suffering from an actual migraine headache as opposed just a simple tension headache or some other types of headache. Professor Kempner received her PhD from the University of Pennsylvania and she is currently working on several projects related to the Politics of Disease and the Sociology of Medicine. It’s been great talking with you today Professor.

N: Thank you so much. Transcripts and audio of this program are available at healthprofessionalradio.com.au and also at hpr.fm and you can subscribe to our podcast on iTunes.