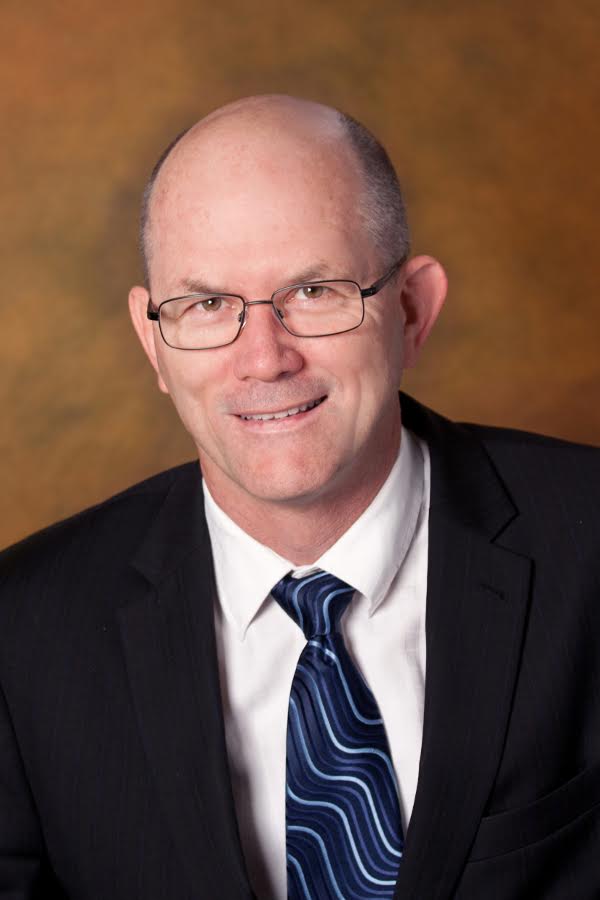 Guest: Dr Steve Hambleton MBBS FAMA FRACGP (hon) GAICD
Presenter: Wayne Bucklar
Guest Bio: Dr Steve Hambleton is the Chair of the National E-Health Transition Authority. He is the former Federal President of the Australian Medical Association (AMA), a position he assumed in May 2011 after serving a two-year term as Federal Vice President. Dr Hambleton is a University of Queensland graduate (1984) and an experienced General Practitioner serving at Kedron in Brisbane since 1988. Dr Hambleton was appointed Chair of the National E-Health Transition Authority in June 2014. In April 2015, he was appointed by the Federal Government to lead a Primary Health Care Advisory Group to investigate options to provide better care for people with complex and chronic illness; innovative care and funding models; better recognition and treatment of mental health conditions; and greater connection between primary health care and hospital care.

Segment overview: In today’s Health Supplier Segment, we welcome NEHTA Chair Dr Steve Hambleton as he joins us to discuss their purpose and vision in leading the national vision fro Australia’s eHealth future. The organization is jointly funded by the Australian Government and all State and Territory Governments and they work collaboratively with consumers, healthcare providers, the healthcare industry, the information and communications technology industry, policy makers and funders towards a safe, secure and efficient health system that will deliver better health outcomes for all Australians.

W:   Now Steve, the National E-Health Transition Authority is a mouthful in terms of the title. What is it that NEHTA does, where does it fit into the system?

H:   Well NEHTA has been around for about 11 years now and it was tasked with transitioning Australia to a fully functional E-Health system. And I guess it’s been quietly beavering away in the background doing that, building the infrastructure that we need so that we can communicate properly electronically and right now we’re about to see the fruits of that labor. We do have a national infrastructure that we can rely on, individual health identifier, individual doctor identifier, and a method of describing disease which is used internationally from … , a way of describing medication, the Australian medical terminology and messaging protocol. So that’s the whole gauge and if can get traffic going down those as well, we will start to see some of the benefits that we know we can get from better communication.

W:   Now all those infrastructure blocks and information blocks would sound kind of obvious to the outsider, you know a way to describe medication and a way to describe disease and conditions, has that been a difficult task to get those pieces in place?

H:   Well it has really, I mean if we look at internationally there’s pockets of brilliance all over the world. I mean if we were in Toronto we’ve be very happy with our state system but it doesn’t talk to the rest of the country. If we were in the United States, we could see pockets where there are absolutely brilliant work in cost and amenities after a failed start. The first time is really put together something really amazing. Australia is getting the whole of Australia to agree on one set of standard, this did take some time, it took a lot of work. And I guess it’s been where most of the money’s been spent. On top of that we have the personally controlled electronically health record which leverages off some of the infrastructure so that we can share information in a structured way. So it has been quite a difficult journey about where, as I say, about where I guess the benefits of that work.

W:   Now lots of our listeners are clinicians of one sort or another, mainly in acute care but we spread out a bit into other fields as well. They’ve probably heard of NEHTA because it makes the news from time to time. What are the things that are going to change their life as this infrastructure rules out?

H:   Well I think we’ll start to see some differences pretty quickly in their lives. We know that nationally now there’s about 2.2 million Australians registered with the personally controlled electronic health record. We know that our public hospitals around the country, many of them are able to upload discharge summaries to that record and that information will benefit the GP about how they are able to get it quickly, but the reverse is also true. Once this data uploading shares health summary, and up to date list of medications, and up to date list of problems that the patient has, and up to that list of allergies that are actually coded and importable into the clinical system, we’ll see a lot of stuff to improve. Queensland for example, has built a viewer which is actually been rolled out already across of over 200 sites in Queensland, which can look at the PCEHR. It can also look at other hospital and other repositories within Queensland Health but with one click, you can get access to that good summary information the GP has provided to a patient, to actually facilitate their transfer into hospital. This is something that I think that people will start to use more and more, as we see more and more useful clinical information being put there.

W:   The roll out of that kind of integrated electronic record, are there risks involved? I guess what I’m really asking, what’s the other side of the coin? Is there an argument against it that’s coming from anyone?

H:   Well I think the concerns we’ve had about safety and security of information, that’s been something that NEHTA has been very careful to work on progressively over the years and I get it, it’s been 11 years. Security is very important to people, privacy is very important to people, this is health information so it needs to be as bullet proof as your banking information. And that’s the sort of technology that’s being used to make sure that it’s carefully managed. I guess health professionals individually know about privacy, know about the importance of privacy and those principles have been built in. So you can’t look at the personally controlled electronic health record unless you’re a registered health professional. But more than that, you need to have you’re health provider organization registered, you need an individual practitioner identifier to be there, and you need to have those security keys loaded onto your system. If you work for an organization, they can actually facilitate that for you but we track who goes there, we know who’s been using the product, those things are built in. For patients who are keen to the careful about their own information, it’s built in that they can look at it by the ‘mygov’ website and there’s two levels of security with that and that makes sure that the information are very secure. So security and privacy has been built in into this product, controls are also built in so that patients can actually limit who can see their information, they can limit it to just one practitioner, and they can limit it to only the practitioner to have their personal access code. Most people however actually allow any registered health professional who’s got business in their record to have a look at it. So those privacy issues … that took a long time to work through and part of the reason why a lot of this infrastructure’s taken so long to roll out.

W:   Steve that issue of security and privacy is getting a bit of attraction in national media. I noticed the other day, I think UC allied medical center had a few million medical records stolen in a hack. Is there reason to believe that the system of Australia is more secure than some of this other people who have suffered these illegal accesses?

H:   I think our system has been built with the most modern security technology so I know about our system and the levels that NEHTA and the professionals have gone to protect the privacy of individuals. I think it’s very secure, it’s built on the government, behind the government website, so you need individual accreditation to get into these systems. You can’t of course protect against rogue individuals but we’re talking about registered health professionals, who know about privacy, who respect privacy and then I think Australia has built a product that it can be proud of.

W:   Dr. Steve Hambleton, that’s probably a very good point to finish on. We will expect to see the roll out of more and more of the E-Health in the near future, you say. What sort of things are going to be publicly visible?

H:   Well I think the first thing that you’ll see publicly is that the government has just reinvested another $481M over the next 4 years in E-Health. It concerns that the E-Health in Australia has a feature, there will be a new … NEHTA will finish up in July 2016, will be replace by the Australian Commission for E-Health. And that will have a different governance structure, more clinicians on the government level, we’ll work on making sure that the system is easier to use, we want to share private and public pathology and radiology that minimize the duplication. We want to see meaningful use, we want to simplify the use of both hospital, acute care, doctors and also general practitioners. And we know that once we get past that critical mass of people and we’re moving towards an opt out system rather than opt in system, there will be something there when you go and look. And if that’s the case we know from our experience in Northern territory, that the use of E-Health and in fact the way it’s built in to the way we actually see patients that will certify this into the future. Look, there’s a huge savings to be made in Australia, for example we know that there is something like 2 million episodes of medication misadventure in this country, and we should be able to cut that down substantially. Something like 230,000 admissions to hospital result in that primary error. An enormous saving if we can  realize it and sadly we see almost 20,000 deaths. I think we can cut that down substantially just by sharing information in a more efficient way and as I say, we’re on a verge of that now.

W:   Dr. Steve Hambleton chair of the National E-Health Transition Authority, thank you for being with us this morning. I appreciate your time and it’s been a pleasure discussing NEHTA with you.