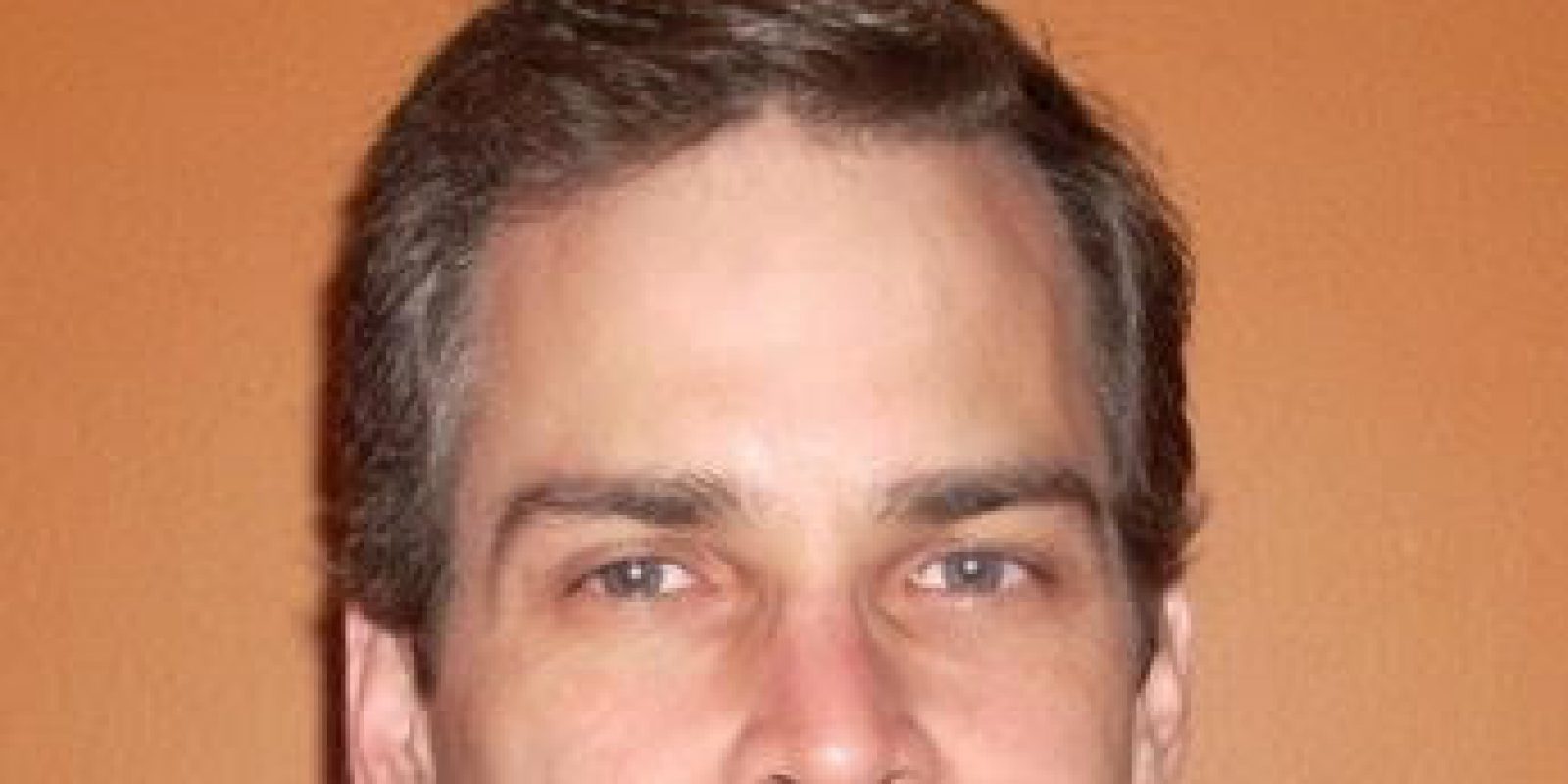 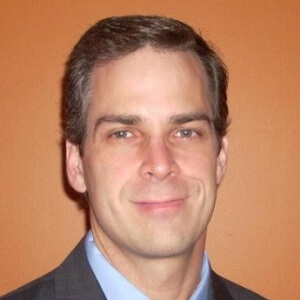 Segment overview: Nervive, Inc. has a simple and safe non-invasive medical device to emergently treat ischemic stroke – the VitalFlow stimulator. The VitalFlow increases blood flow to the brain by stimulating the facial nerve with pulsed magnetic energy; a novel magnetic stimulation coil has been developed by Nervive to specifically stimulate the facial nerve without stimulating the overlying brain. Nervive has 7 patent applications in various stages of review and its first patent has been granted. By the end of 2016, Nervive expects to have an initial version of the VitalFlow available for the intensive care unit market through a co-development partnership. Thereafter, the VitalFlow will be placed in hospital emergency departments and, as a smaller second version of the device, into ambulances.

Neal Howard: Hello, welcome to Health Professional Radio Health supplier segment. I’m your host Neal Howard, thank you so much for joining us today. In studio today with us is Mark Borsody, Chief Medical Officer at Nervive and he is here today to speak with us about a new non-invasive medical device that treats stroke – it’s called the “Vital Flow.” How are you doing today Mark?

Mark Borsody: I’m very well Neal, thanks for having us on.

N: No problem, no problem whatsoever glad that you’re here. Nervive Incorporated, talk a little bit about Nervive above and beyond this new invention?

M: Nervive is Akron based company that we founded a few years back. The sole purpose of developing the Vital Flow stimulator which is the medical device that we intend to take to patients with various conditions of brain Ischemia. Brain Ischemia is most commonly encountered in the condition of ischemic stroke so we aim to do that over the next years with successful versions of our device. And since we last spoke a few months back, we’ve taken that first version of the Vital Flow into clinical testing.

N: Great, great and are the results as promising as you anticipated that they would be?

M: They are. In fact we’ve just completed a study a 24 normal subjects, we call them healthy volunteers, who were subject to 3 minutes of stimulation with the Vital Flow. And what we found is that stimulation is safe number one and most importantly and also tolerable to the subjects that in fact they could receive up to three minutes of stimulation with almost the maximum power that the device could put out. And what we found furthermore is that the stimulation increases blood flow to the brain, which is of course what we need the device to do in order to treat conditions of brain ischemia such as stroke.

N: Now brain stimulation in my mind I’m getting a picture of shock treatments. What are we talking about when we’re talking about stimulating the brain and being non-invasive at the same time?

M: You get that a little bit narrower Neal. The Vital Flow actually doesn’t stimulate the brain directly, what it does is it stimulates the nerve called the “facial nerve” which actually runs from the brain stem underneath the brain through the skull, the protective temporal bone of the skull where the ear canal is located. And so we use through specially designed stimulation coils for the Vital Flow, the sheet magnetic field that reaches actually under the brain and hits the facial nerve with minimal stimulation of the brain. So this facial nerve is … very well known to cause dilation of the arteries of the brain. Let’s say a property of the nerve and nerve fiber is there carried along with the facial nerve, so you cause the arteries of the brain to relax and thus increase blood flow to the brain.

N: Basically you can direct or pinpoint this flow of energy with this device? You can pinpoint it and if you want it to go someplace other than this facial nerve, you can do that?

M: Well actually you could not. The coils that generate the magnetic energy are very specially designed for this one purpose.

N: Are you close to having it completed and ready to go on the market or when do you anticipate that happening and what about the fund raising?

M: Well fundraising is always a bug of billion in startup company because life science is a, we have international patent protection on the design, and use of the device. This is something that intellectual property is of course something that’s always in development. The next step will be of course you raise funds big areas to the point where we can enter the test market with their current model of their device. The clinical prototype that we’re employing in our initial studies demand is in fact very close to that first market device, so it’s just a matter of gaining in regulatory approval for it, through a genetic kind of use pathway. And then taking that device out to patients, the patient that will initially be treating though are not in stroke patients being to use that first version of the Vital Flow as the treatment for the condition called “cerebral artery basal statin” which is a stroke like condition that’s found in the Intensive care unit.

N: Now you are rolling this out to be specifically in ERs, is that correct? What about in nursing facilities, do you have any for lack of better term any takers that are just chapping at the bed waiting on things to get finalized so that they can go ahead and start implementing your device in their practice?

M: Well the second version of the device actually will be used for the Emergency Departments. That will be a very compact, fully portable version that can be quickly usually used in that crowded chaotic environment of the Emergency Department. The very first version of the device will actually be used in that Intensive Care Unit, that in for treatment for basal statin. So in terms of the technology we have in fact many interested hospitals that want to employ it, we think that the uptake of the device will be quite good, even with that first version method treatment for basal statin.

N: As far as training goes, is it very simple to implement? Or do you have a team of technicians that go out and train people, and once that takes place as far as support is concerned is that something that’s readily available?

M: Yeah, we’re looking for a device and we intend to build that device, so that it is easy, very simple and straight forward to use. A device that’s very much in the line of cardiac defibrillator.

M: One with the push-button technology.

M: This is something that is needed for disease, particularly in that second version of the device where we’re treating ischemic stroke. That’s a condition where every hospital, every ambulance around the world has an ischemic stroke patient. So we want a device that will be usable in that kind of environment.

N: Now it is non-invasive, but will the patient is there any type of sensation that they will be aware of or is there something that is simply going on within the brain and this increase blood flow is taking place without them knowing it?

M: Well the sensation that you receive when you’re being stimulated we’ve been told is, somewhat they tend to be a tap on the side of the face. Actually on both sides of your face of course … the stimulation go on each side of the head. But the tapping sensation are the common side effects of the stimulation. And afterwards the sensation that’s sort of a warm blanket wrap around the head, not at all unpleasant but definitely noticeable.

N: Great. And where can our listeners get more information about Nervive and this new device?

M: Well we post our information on our website nervive.com. And of course we’re publishing it in the Medical Literature as a study, get it finalized and present it after a professional society meeting. So that will be the best route I think to keep track of our work.

N: Great, great. You’ve been listening to Health Professional Radio. Our Health Supplier Segment, I’m your host Neal Howard. And it’s been a pleasure this afternoon speaking in studio with Mr. Mark Borsody, Chief Medical Officer at Nervive Incorporated. We’ve been here talking about the Vital Flow, a brand new non-invasive clinical device that is really, really showing promise as far as treating stroke patients in the emergency room and in the ICU. It’s been great having you here with us today Mark.

M: It’s been my pleasure Neal. Thanks again.