From an Ovarian Cancer Survivor’s Viewpoint: After The Diagnosis [Interview][Transcript] 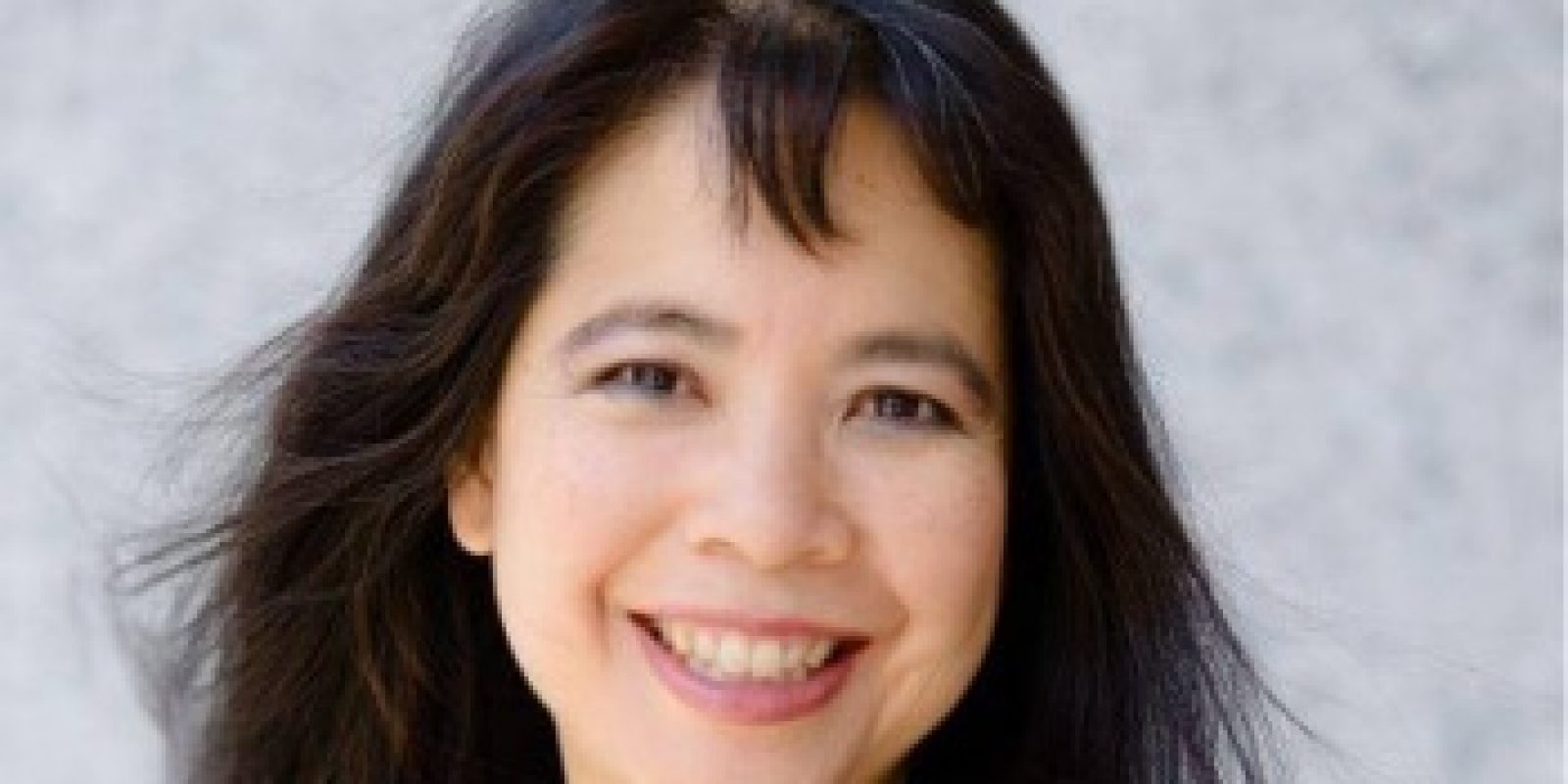 Guest: Deanna Won
Presenter: Neal Howard
Guest Bio: Deanna Won is the Founder of Keynotes to Life, LLC. She is a Speaker, Leadership Consultant, and Holistic Health Coach who inspires people to reach their highest potential as leaders, through integrating leadership principles with purposeful and healthy living. Deanna is a former Air Force Colonel and physicist of over 26 years. At the peak of her career, she was diagnosed with ovarian cancer. Her condition deteriorated to the point where she was admitted into hospice care on oxygen, and was given one month to live. Miraculously, she recovered through changing her nutrition, thoughts, and prayers. As a result, she has a strong passion to provide help to those who seek to heal in mind, body, and spirit and lead a life of purpose.

Segment overview: In this segment Deanna Won discusses her training and what she has learned from top health and wellness experts.

Neal Howard: Hello and welcome to Health Professional Radio. I’m your host Neal Howard, so glad that you join us today. With us in studio today is returning guest Deanna Won, the founder of Keynotes to Life. She’s a Speaker, a Leadership Consultant and Holistic Health Coach, inspiring people to reach their highest potential as leaders through integrating leadership principles with purposeful and healthy living. How are you doing this afternoon Deanna?

Deanna Won: I’m doing great Neal. Thanks for having me on.

N: Thank you so much for returning. When we were here in another segment, we were talking about your miraculous survival of ovarian cancer – the disease almost resulted in your death but you survived and had become known in some circles as a “medical miracle.” Can you talk a little bit about how it came to be that you were diagnosed with ovarian cancer? And what steps were taken once you found out?

D: Well it was, how I found out about the ovarian cancer was quite by accident when I slipped on ice and I fell and I had to be taken to the hospital because I wanted to check to see if I have broken my tail bone. And when they did the scan, what I was told was incident to that scan they noticed there was a cyst on my left ovary and that was the first that I have caught wind of that. And when I followed up with my doctor she asked me “Well do you feel any pain?” And I said “No” and so she said “Well don’t worry about it because cysts are very common in women at childbearing age.” And so I didn’t worry about it at all until 10 months down the road, I experienced excruciating pain that radiates from my pelvis all the way up to my shoulder. And so I had to be placed in a hospital at that point and I was on the morphine IV. And that’s when I found out that I had ovarian cancer, and was told that I needed to start chemotherapy right away.

N: There was a war declared on cancer maybe dating myself over 40 years ago, and you survived cancer. But cancer is now the number 2 killer in the United States, number 1 killer in kids for the first time in history. Why do you think it’s the case that we’re still fighting cancer so vigorously and it takes folks like you to actually pass away or come so close to passing away, that it’s deemed a miracle that you even survived.

D: Yes, sometimes I think that when the cure, there are many doctors who actually discover cures for cancer even as way back as early as 1930’s. I think about Dr. Max Gerson from Germany and what I see as being extremely helpful for someone dealing with cancer is something that’s very simple. It’s a nutrition, basically there’s two causes of disease either there’s a nutritional deficiency or else there is a toxicity in the body and we need to deal with both of them. And so a lot of the natural cures out there actually revolve around eating a plant based diet. And I believe that you can’t really patent a vegetable like wheatgrass juice. And so it’s important to kind of look at where the money goes, you see how the pharmaceutical industry has very strong ties to the highest levels in our government along with the FDA which approves drugs for medical use. And I believe also that they, the pharmaceutical industry actually subsidizes our medical school system and so that medical doctors although they are very well intention and very well meaning, they get trained in this allopathic model of medicine which is basically to treat symptoms with pharmaceutical drugs. And I believe that actually hijacks the metabolism in our bodies and the immune system. And so the bottom line I think that there is really too much of a financial incentive with the current standard of care for cancer. And so anyone that actually is able to find a natural cure, they get squashed.

N: So if I’m understanding correctly, it sounds as though the struggle with our health is almost a controlled struggling of our health. It seems as though if what you’re saying is correct and I have to reasons to doubt it, it’s a control struggling. Do you think that that’s the reason that so many people are struggling with their health when the message has been out there for years? What you’re saying, a plant based diet with the proper nutrients devoid of toxicity, which is what we’re getting with the pesticides and other chemicals that are in our food. Am I correct in that?

D: Yes, it’s at all levels. It’s not just our medical system. But when you look at the amount of chemicals and all the environmental toxins that are being produce daily, I think the food that we’re eating today is not the same food that our grandparents grew up eating. Because our soils are depleted and then with the advent of GMO’s – Genetically Modified Organisms – that really kind of throws in a whole new wrench into I think our health.

D: Yes. I recall specifically when the pesticide control people came in to our labs base just spray for pesticide, just to care of the pests in the building. And the air handling system was supposed to be left on over the weekend, but it wasn’t. And so I recall in going to work and just finding this oily sheen on my desk and everything in my office and having to inhale it, a very distinctive smell that I will never forget what the smells like. But shortly thereafter I started having a lot of different neurological issues, my throat dried out and then I felt this sort of tingling sensation up and down my spine and my back.

D: And yes. And these symptoms lasted for close to a year and I can actually pull out old medical documents showing all these.

N: My goodness. And this is in an environment that you are normally in everyday. So since the air handling system hadn’t been left on, this substance was allowed to basically harden and collect rather than just I guess being circulated throughout the building and recycle, so that it was more readily absorbed?

D: I know that I had to kind of deal with the consequences. There were other exposures I had from working in you know with radioactive materials, having to wear the symmetry the time I went in to the lab, I recall when I came out of the lab I would have headaches. When I noticed that but really never followed up on it because it was my job, I was supposed to do that. And I’m just gonna add one other thing and then just the vaccines that we had to get, mandatory vaccines being in the military. I do think that’s a contributing factor as well to getting cancer.

N: Now as the founder of Keynotes to Life LLC, you do speak. You are available to speaking in public at functions in order to promote holistic health leadership consulting, just a speaker in general. How can our listeners get in touch with you or bring you on as a speaker?

N: And I understand also that you’re currently working on a book that’s to be published possibly and hopefully next year. What’s that work going to entail?

D: Its going to entail my story, basically some of my service to this country as well as when I got diagnosed with ovarian cancer and the steps that I took to heal. So my vision at this point is to have this book service inspiration for people and also to let them know exactly what I did to heal.

N: You’ve been listening to Health Professional Radio, I’m your host Neal Howard. It’s been a pleasure speaking with Deanna Won in studio today, returning to talk with us about her struggle and survival of ovarian cancer. And also her activities as the Founder of Keynotes to Life as a Speaker Leadership Consultant and Holistic Health Coach. It’s been great to having you here with us again Deanna.

D: Thanks Neal. Appreciate your having me here again.