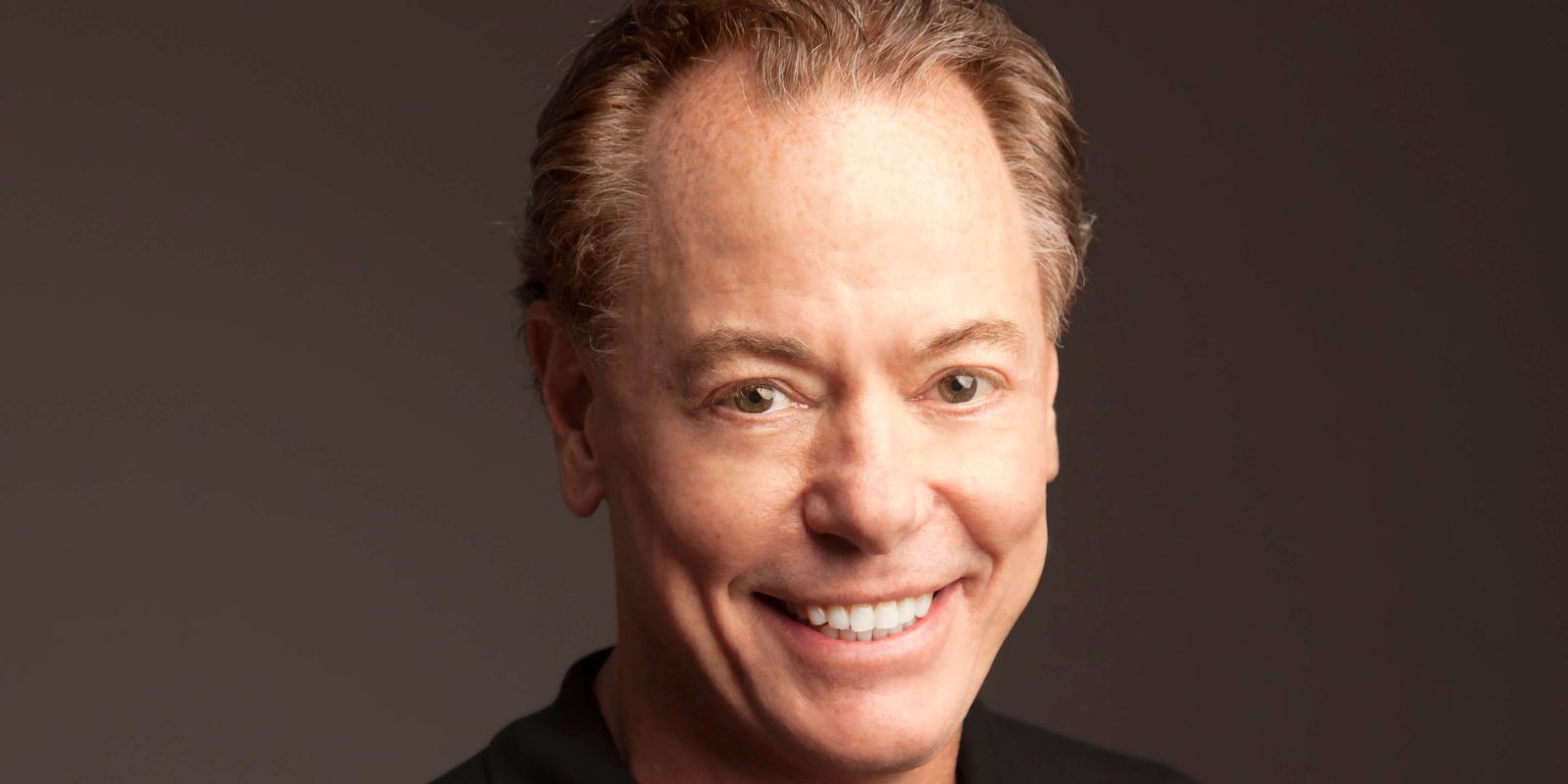 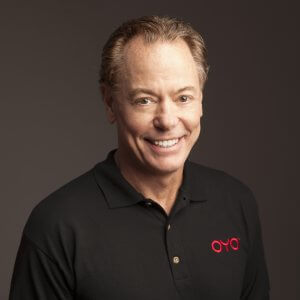 Guest: Paul Francis
Presenter: Neal Howard
Guest Bio: Paul Francis left the architectural profession and has been an inventor for 31 years (over 20 US and 32 foreign patents), launching innovative products in the hardware, personal care and fitness industries. His company SpiraFlex, Inc. developed the Bowflex Revolution home gym (200 million in sales) and NASA’s Resistive Exercise Device on the International Space Station. He founded OYO Fitness and launched the DoubleFlex portable gym in January of 2016.

Segment overview: Paul Francis, Founder and CEO of OYO Fitness talks about his invention of SpiraFlex resistive exercise technology and its benefits in physical therapy.

Neal Howard: Hello welcome to Health Professional Radio, I’m your host Neal Howard for this health supplier segment. Our guest today is Mr. Paul Francis. Paul left the architectural profession. He has been an inventor for 31 years over 20 US and 32 foreign patents and he’s here with us today to talk about OYO fitness or On Your Own Fitness as CEO and inventor of SpiraFlex and DoubleFlex. Welcome to health professional radio, Paul.

N: Thank you for joining us today. OYO fitness as a CEO of OYO, talk about OYO. How long it has been in existence?

P: We’re fairly new company. We just launched our first product, the DoubleFlex total body portable gym early in 2016 and we’re starting to get some traction where in Brookstone and Amazon and Touch of Modern. We’re doing pretty well. We have new product, another frontline extension called the Doubleflex Black and that just launched on Kickstarter and we’re 100% funded and we got another month to go. But the company really is built around the technology called Spiraflex that I first developed for NASA when they were building the international space station.

N: You developed this for NASA because of their work on International Space Station? You left a totally different industry, how did you go from Architectural? I was a drafter in for a while in my younger days, architectural drafter. I mean, it’s a jump. Everything takes drawings. Is that how you got into inventing, an architect first?

P: Yes, exactly I was an architect and it looks like really a tough long hall and I did a lot of financial very tall ladder declined. If I can take this a knowledge of design and drawing and communicate, maybe I could invent products. That’s started me on the process of being an inventor. My first adventure was a hand tool called the PowerStroke Marginal Tool System and I was able to get them QVC in the United States and Canada and Europe a number of years ago. Yes, I’ve been inventing for over 30 years.

N: I got a son that he’s in the army now and when he was young we have a bowflex in the basement. Is this something that you we’re involved in as well?

P: Yes, this technology Spiraflex if I can back up to the NASA how we got involved there. When NASA was completed in a space station in 2000 they had have a resist exercise device installed before the first crew came up and they we’re looking for the best kind of measure possible. That’s when I able to get in there and show them my Spiraflex technology. Then they contracted with my company, Spiraflex Inc. to supply a seven systems to them and they installed a couple up on the space station. Over 50 crew members worked out for 10 years to maintain the bone and muscles mass in microgravity. Then I went around to all this fitness companies I’ve been visiting with and the head of a better story that to tell them and I am negotiating a life stream which is not list who owns the bowflex of trademark. They had been sign a power rod version of the bowflex home gym for a number of years. And they wanted to upgrade their home gyms and that’s where we started developing the bowflex revolution, which is now their top of the line home gym that is powered by Spiraflex which they kind look like weight plates, 5 pounds, 10 pounds, 20 pounds resistance packs that you lock on and stack on to increase or decrease the resistance.

N: Now, these products mainly intended for strength, building, athletics, bodybuilding or can it be used in a physical therapy capacity for building muscle mass after injuries that sort of thing?

P: Yes, we got a lot of physical therapist that become interested in using the technology because it doesn’t create momentum whereas when you’re swinging a weight, stopping and starting creates a lot of joint stress. Whereas the Spiraflex technology doesn’t use weight but the resistance feels like isotonic resistance, like free weights. So we had a lot of a physical therapist buy the product and we also just completed the study at a senior living facility in Los Angeles where they had two groups of 15. Older adults working out 3-5 times a week for 12 weeks and they’ll be publishing that study here this summer. But based on the result of that program now they started up a group that program there to facility 4 days a week using a Doubleflex.

N: This Doubleflex and the Spiraflex, basically they use your own strength. As you become stronger and build more muscles mass, you can use the product more intensely or if you decide that you don’t want to use as intensely you can use it just to maintain and it sounds like it’s great for any age group even our older folks.

P: Yes, the flex packs are rated at 5 – 10 pounds a piece. You just snap those on like a weight plate and decrease or increase your resistance. NASA actually contract with a college or in a university in Netherlands and they did a study comparing free weights to Spiraflex. At the end of the 12 weeks – 16 weeks study, they found that Spiraflex built the same amount of the muscle mass as a free weights. That gave NASA the confidence to use this for their astronauts as exercise device in space.

N: Have you been discussing some of these products with our military?

P: We are thinking about that because you have this forward deployed troops. And there isn’t a space to house a gym where there will be weights. Yes, we would like to get our equipment in the forward areas of the military and also in their surveillance planes and ships and submarines where they don’t have the time to set up a major gym. Yes, that’s a good idea. We’ll follow up on that.

N: How versatile a product is it when it comes to upper body, lower body and core?

P: The Doubleflex actually you can take the flex backs off and then slip it in your back pocket. It’s so small and you open it up and unfold and you snap on how much resistance you want. And then you grab these spherical balls on the end that will connect the arms and cables and you can push together and then pull them apart and extend the cable so you are actually getting the, that’s what we called the Doubleflex because it hits both size your muscles groups with motion. If you’re doing abduction and adduction in one movement balancing the body which reduces your workout time. We have … and Spiraflex technology, and then you can unscrew the end of the handgrips and lock them to ankle attachments and you can do leg workouts and then you can do core workouts and you can put it over on top of the door and the extend that out for triceps and biceps and that’s what we call the total body exercise machine because it will hit every part of the body. We have over 75 exercises that come in a chart with the product.

N: In addition to a lot less stress on the joints as opposed to weight training, when it comes to just simply the stress on the muscles, are we getting the same type of lactic burn and stress that we would get with weight?

P: Yes it’s very similar to the free weights, it’s isotonic resistance. We dispose the positive and negative resistance through deranged motion. It’s very much comparable to working out with weights.

N: Now where can our listeners go and get a demonstration online possibly video, you got a web presence?

P: Yes, at oyofitness.com. Here in the States, we got a website up and we have 9 different workouts on the site that Nick Bolton, our fitness director has put together everything from 5 minute kind of workout that you can do on your office to 20 minute total body exercise that you can do at home. We even have a pilates and yoga programs that an aerialist with their local group here in Kansas City put together for us. We’re adding new workouts all the time to the website.

N: I’m glad that you decided to talk with us today, Paul. It’s been a pleasure.

P: Great Neal, thanks so much. I appreciate you taking the time to talk with me today.

N: Absolutely. You’ve been listening in a health professional radio for this health supplier segment. We’ve been in studio with Mr. Paul Francis, CEO of OYO fitness, On Your Own Fitness and inventor of Spiraflex and Doubleflex. Transcripts of this program are available at healthprofessionalradio.com.au and also at hpr.fm and you can subscribe to this podcast on iTunes also listen on soundcloud.