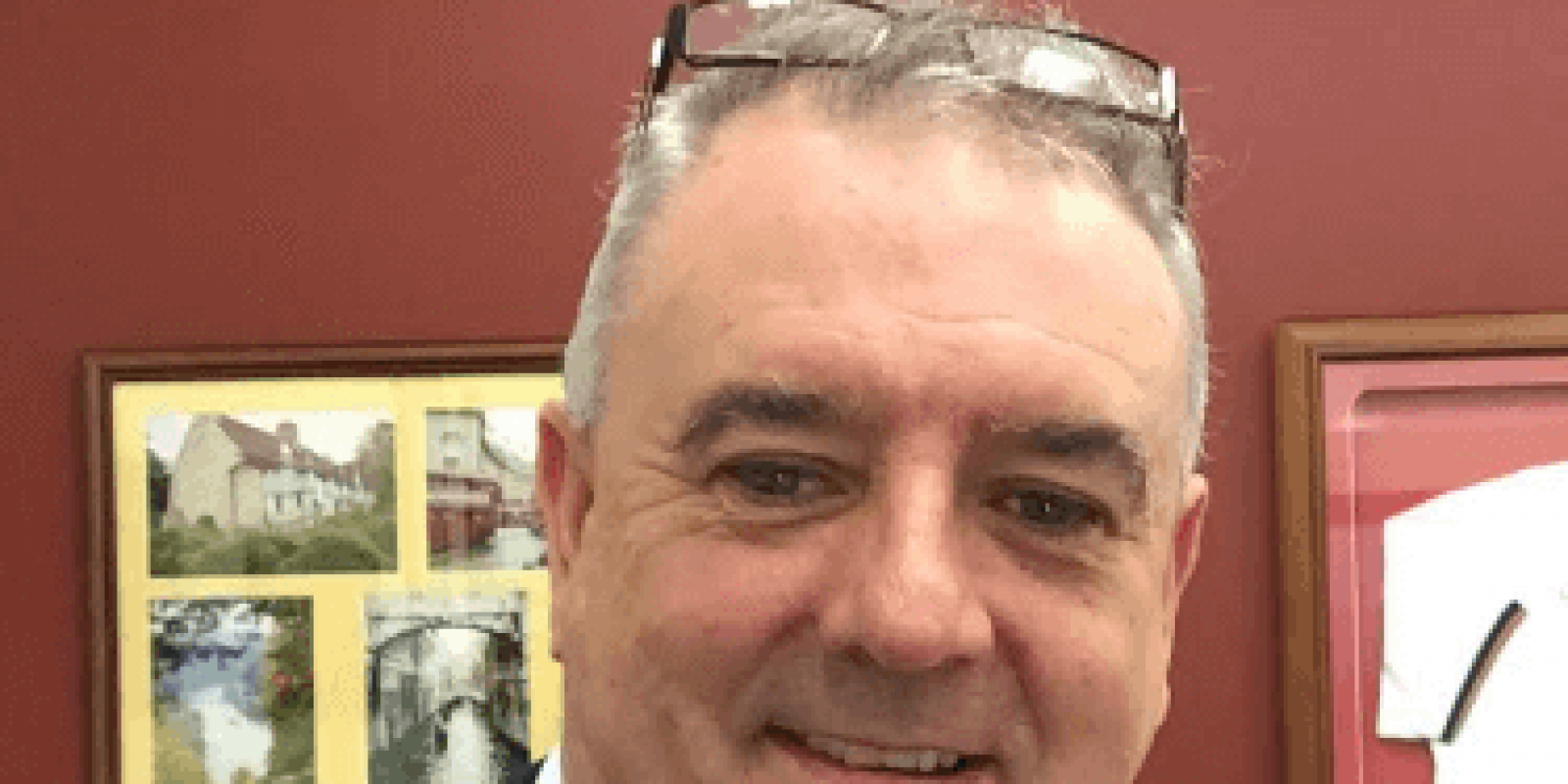 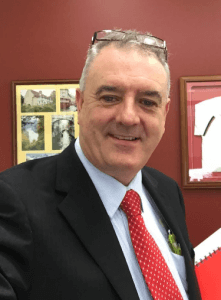 Guest: Tony Holland
Presenter: Henry Acosta
Guest Bio: Tony Holland has been with OzHelp for more than four years. Tony is the Chief Executive Officer and leads a team of 25 staff in the head office in Canberra, as well as the Pilbara and Darwin. Tony was previously CEO of the Arthritis Foundation, ACT, as well as Business Manager of Christian Schools Tasmania. Tony joined the PANDA board in 2016.

Segment overview: In today’s Health Supplier Segment, we are joined by Tony Holland CEO of OzHelp Foundation here to share his insights on the report released by Orygen titled “Raising the Bar for Youth Suicide Prevention.” OzHelp is the leading not-for-profit in Australia with a focus on suicide prevention and is moving to provide support through web-based programs working in concert with local services to identify people at risk and support them with information, advice and referrals.

Save
Henry Acosta: Welcome to Health Professional Radio, I’m the host Henry Acosta, joining us today in studio is Tony Holland. Tony is the CEO of OzHelp. OzHelp aims to help people and reach out to the male youth that are working in construction, mining, automotive industries and other trades. What they do is help improve their mental health and overall well-being. They also deal with suicide prevention and today we’re here to talk about suicide prevention. Hi Tony, welcome to the show, glad to have you onboard.

Tony Holland: Good morning and thanks very much for having me, I really appreciate it.

H: So we’ll get started and can you give us a quick background about who you are and what you do?

T: OzHelp is a suicide prevention organization predominantly. We’ve been around for 14 years now and we have our roots in the building industry with the deaths of three young apprentices to suicide in 2000. And so we have a really strong focus on early prevention, our goal is to actually engage with people in workplace setting early to avoid deterioration to crisis and therefore avoiding suicide by actually helping people to manage challenging life situations early and getting the help that they need early to avoid crisis and potentially really serious mental health outomes or in fact suicide.

H: What inspired you into starting or making this organization?

T: I’ve been here for five and a half years but the organization was founded by a lady, her name is Lorraine Nebron, her son tragically took his life in 2000 and she was really passionate about trying to do something with apprentices. So our purpose originally as I said was to work with apprentices to try and build capacity and give them skills to understand how to manage the changing circumstances in life. Things like relationship breakdown and conflict and issues that particularly young blokes find it very difficult to deal with and so it was her passion that actually led to some seed funding through the Master Builders’ Association at … and also the ACT government and of course then we’ve fastly grown, we’re now a National Organization, so it’s due to one lady who was…said, ‘Look this is enough. We can’t let this continue any longer.’

H: With regards to your organization, why focus on usually male employees or workers?

T: Well 75% of all suicides in Australia are men, so that’s one of the big issues and there’s a range of reasons for that partly related to the fact that men don’t talk, men don’t necessarily have a good connection with their peer group or with their social environment and when they become isolated and separated they then become at greater risk and blue collar men often have even poor coping skills and are at higher risk category than the general population. We work with all workplaces but our focus is really is in those hard to reach male-dominated workplaces. So it’s because they’re often not interested in seeking help for themselves so we’re trying to build strong referral pathways for them, make it too easy for them not to get help if that makes sense.

H: And let’s say someone who’s coping with depression right now, how can I reach out to you guys or what are the ways that I can do to help with that?

T: Okay, well the key ways that we work is to work in workplaces. So much of our work is on site so we work in Western Australia, New South Wales, Northern territory, in the ACT, we work with companies and we do a whole range of activities including physical and mental health training programs. We do mental health training, we provide support and we provide counselling and a range of other activities that actually give people options to be able to get solutions to their problems and then have the capacity to be able to make good decisions for themselves. So it’s not only dealing with people who have depression, it’s dealing with people who are may be going through separation or having financial crisis or it could be that they’re being bullied at work. There’s a whole range of reasons why people would engage, but the key to our work is that we actually become the trusted friend so that when things go wrong then either the person themselves calls us or someone else that they know calls us so that’s maybe one of their friends and so therefore we start the conversation and we, sometimes it’s just simple as just a chat, that’s all they need, it’s just to have a simple chat with someone there to talk through some issues and often that they’ll be fine. Other times they may need to be referred onto counselling or even into psychology or even psychiatry but a lot of times there’s more a high-end interventions aren’t required when people are given a safe place to be able to have a chat.

H: What’s the biggest misconception that people think when they hear about mental health and suicide prevention?

T: They’re scared? They think that they can’t do anything about it. They think that they’re going to make it worse if they talk about it and all of those things are not true. The best thing you can do is actually talk to people ask them how they’re feeling and just by talking to people and ask them how they’re travelling, whether they can actually provide some support for them, you don’t have to fix their problems. The average … on the street doesn’t have to be a counsellor but just by asking someone how they’re feeling whether they can actually be a support to them whether they can actually just listen to them, that can save lives. We know from our work that that does save lives. So I think to get over the fact that it’s not going to make it worse by asking people how they’re feeling, the worst thing they can do is say, ‘Leave me alone.’ And generally they won’t say that, generally they’ll be really appreciative of the fact that somebody cares. So that’s the big message, take some time to actually care, take some time to think and then refer them onto people like us or other services that are there to actually really provide the support that they need but just not feeling as though they’re alone, I think that having that sense that ‘I’m not alone and I’ve got someone who actually takes a bit of time to think about what I’m going through.’ And that will save a life and it’s not rocket science, you don’t have to be a mental health professional to save a life.

H: And for our audience listening right now, what is the main take away message that you want them to know and hear?

T: The main take away message is that suicide is preventable. And it’s a massive statistic – over 3,000 people a year die by suicide. And that’s a national disgrace, we need to do something, we need to do more to reduce that. And so the key thing that I would like to say is that take time to actually listen to people, take time to care about people, smile and find ways to actually engage with people in a real way day-to-day. If every single person listening to this takes that time to actually smile or ask someone how they’re travelling or take time to check their neighbor over the back fence or a work colleague who they know is probably not quite themselves at the moment, just take time and actually see how they’re travelling, I guarantee you that will make a difference if we all did that. So that’s probably the number 1 message. The number 2 message is, is to men, is that don’t wait. There is lots of help available, whether it’s physical health or mental health, the best thing to do is actually to ask some questions and get some support for yourself. It’s never going to be better if you do nothing about it. Most blokes will fix their cars, they’ll maintain their house, they’ll plan their holiday that they won’t do anything about looking after their physical and mental health. The best thing you do is to be proactive, take the time, understand your body and understand how you’re feeling and actually get to see your doctor and build a wellness journey for yourself. Those 2 things alone will dramatically impact on how people are feeling.

H: And what are the ways that people can do to reach out to you guys and talk to you guys?

T: Okay, 1300 OZHELP is the simplest way and that’s our national number, we can be received from anywhere in Australia and we also have a quite informative website, ozhelp.org.au and also to info@ozhelp.org.au that’s ozhelp.org.au, we’re always happy to talk to people. We’re keen to build relationships across Australia, we’ve got all sorts of programs and services that could potentially benefit to workplaces around the country and we’d love to hear from people.

H: Well that’s all our questions for today. Thank you for being on the show Tony.

T: My pleasure. Thanks very much for your time, have a great day.

H: You too. And that was Tony Holland, the CEO of OzHelp. OzHelp is an organization that seeks out to men who are in need of help with their mental health and overall well-being. I’m Henry Acosta and you’ve listened to another segment at Health Professional Radio. To listen to this interview, catch us on www.healthprofessionalradio.com.au and at hpr.fm. You can also find us on Soundcloud and iTunes. And thank you for that Tony, we appreciate it.