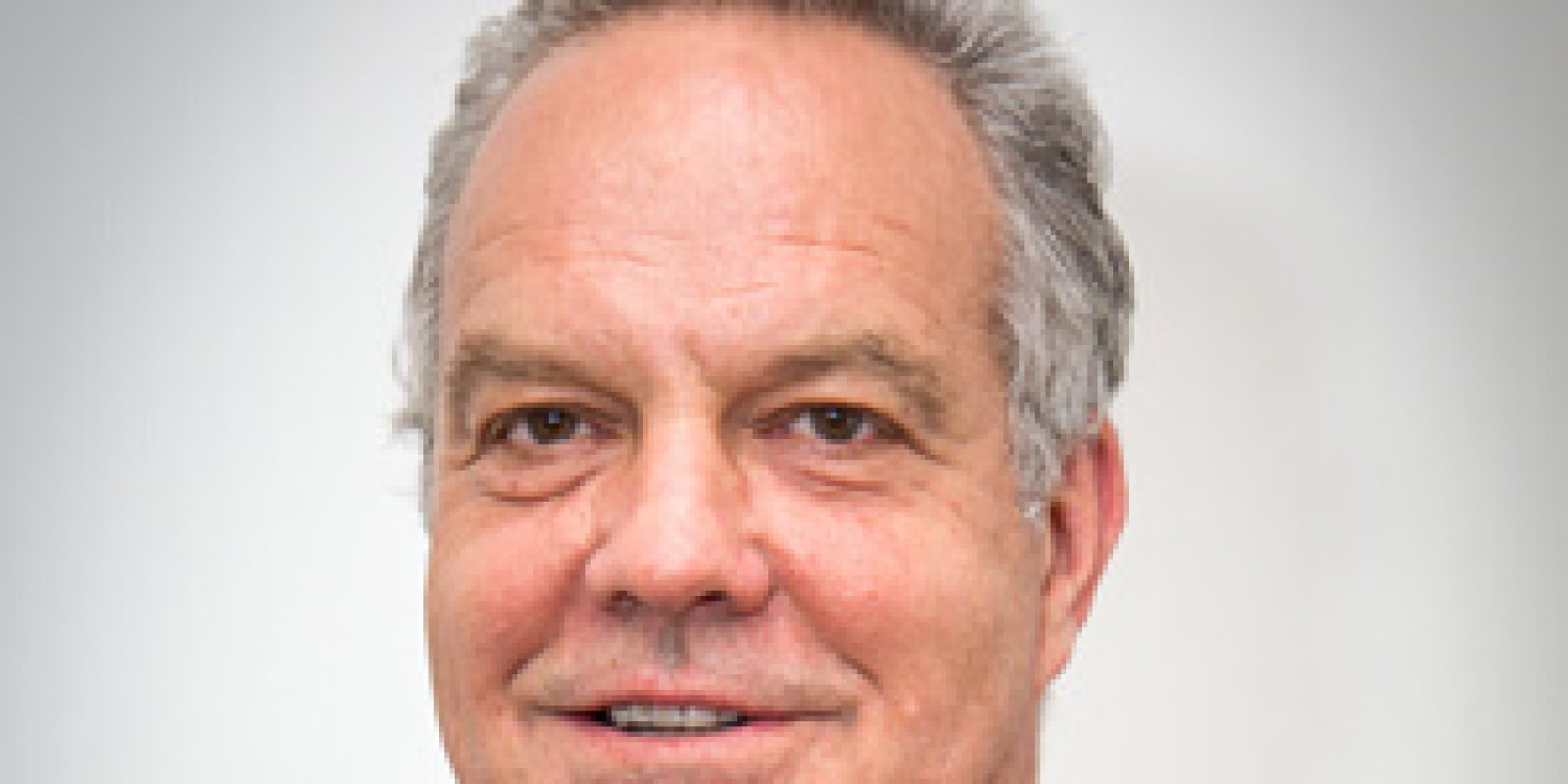 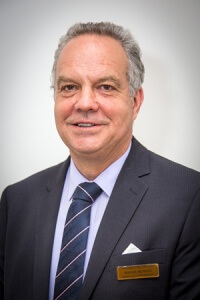 Guest: Shane Neaves
Presenter: Wayne Bucklar
Guest Bio: Shane Neaves is a professional senior health executive with extensive experience in all management and operational aspects of health service delivery in both the acute health sector and aged care sectors. He has proven leadership skills and acknowledged ability to set financial and strategic directions, and achieve those objectives while maintaining a flexible and harmonious operation. His role has involved significant change management which has seen the organisation provide a balanced approach to financial performance and care provision. The organisation has recorded its first surplus in over thirty years plus obtained full accreditation status.

Segment overview: Peninsula Village Ltd is a community owned organisation which operates 385 Aged Care Residential beds, Community funded care packages plus a further 139 Independent Living Units (Retirement Living). They are the largest employer on the Woy Woy Peninsula. Among their three retirement villages are the Don Leggett House, Jack Aldous House and Pam Palmer House. They offer a variety of residential aged care options, ranging from supported independent living in spacious units to high care in beautifully appointed private rooms. Their dedicated staff help residents socialise, exercise, explore, and simply enjoy their retirement in one of the most stunning locales in the country. In addition to their residential care levels, they also offer a select range of home care options, to those looking for a slower transition from their own home to a lifestyle village.

W: Now Shane, tell us a little bit about Peninsula Village and what it is you do and also where you are because I think you’re in a particularly nice part of the world.

S: Yes, we’re in one of God’s waiting rooms as they may call it and you have beaches up on the central coast between, probably Gosford coming inland to the sea area of Gosford … we are in a peninsula so it’s a lovely part of the world. Peninsula Village is a not for profit, community owned aged care facility, we have been operating for about 45 years, we have 283 residents in care and we have about 145 independent living units across couple of sites up here in Umina Beach.

W: Now that’s quite a big establishment I would have thought.

S: Yes. Yeah we’d be the largest employer on a worldwide peninsula, so we employ about 305 staff so we are the largest employer and strange to say most of the residents that reside here or live independently probably 95% of them are from the local area so we’re very community minded and all their siblings live up this way so that’s why they’ve come up to Peninsula Village. So the other thing that’s probably a little bit unique for us is that we offer what I’ve called tri-level care, so we offer three levels of care, so you can come in independent living then you can age in place and then we have our high care facility for aged care, that sort of things. So once you’re here with us, you don’t necessarily have to move to facility and you get to know the staff and we’ve got some residents that have been here for quite some time with us and have found it’s worthwhile involved in a community owned facility.

W: That’s one of the extraordinary things about aged care from at least a nursing perspective which is my background. Historically, in nursing you kind of turn patients over, they come and they go and when you work in aged care, they come.

S: Yeah, look Wayne, it’s fair to say that look some people that are independent make the decision in the years later in life, lost their partner and make the decision that come into our independent units and last for a fair time. And we’re seeing the current trend is that of course people are living in their houses longer and then coming to us in their later years and then not living when they’re not residing with it for as long as they once did so that’s a different trend, that’s happening within the aged care sector that people are, well… is to keep you in your home longer.

W: Now Shane many of our audience are clinicians of one kind or another, we get something like a hundred thousand people listening and 95% of them are clinicians often in acute care and the hospital setting but also a lot in aged care and some GPs and people in consulting rooms in the middle. Is there a message you’d like them to hear today as a result of having heard you on the radio?

S: Well, I think the GPs that are actually come here and very supportive and we welcome that, not all the GPs want to have a presence in the aged care sector but there’re ones that supports us do. I suppose we have a thing that we have invested in is we have a nurse practitioner that sort of works as a registrar as you might say in the acute sector and nurse practitioner works in conjunction with the GPs which makes their job, well I think it would make their job a little bit easier because our nurse practitioner can do some scripts, can order some blood tests, x-rays, those sort of things has a high proficiency which can greatly assist the GP. The other thing that we’ve done with central coast health or Gosford public hospital is we’ve set up a transition type program. So we have six beds here to be used by central coast health for long term residents that may need respite care or transitional care that are looked after by our local GPs and the nurse practitioner. So our linkage with the acute care sector is quite important to us.

W: Yeah. That’s gonna take a lot of strain off the acute care sector, I would have thought having beds like that available.

S: And look, we’re lucky that we’ve got a nurse practitioner and I think that does assist us in reducing the number of residents that we have to transfer to the acute sector or interventions or for antibiotics where we can do that in house. So especially we specialize in Dementia, we’ve probably got nearly 60%, 16 beds that are Dementia specific so with those residents that have dementia that then have a fall and end up in the ANE it’s the most pleasant experience so we kind to reduce that.

W: And there does come an age when even a night in the hospital is a very disorientating experience.

S: Of course. And I think that’s one of the keys why we’ve got their nurse practitioner is that reducing admissions to the ANE. I mean if they’ve got to go they’ve got to go, don’t get me wrong but we have a portable…and portable…and we have a mobile x-ray service, we’ve got very diligent pathology those sort of things, so it does help to reduce the transfers and at the same time it allows registered nurses to keep their skills.

W: Yes, that’s an important thing to do too.

S: Yeah, because I mean we can give IVs, we can once they order those sort of things we can do a bit more every aged care facility because we got skilled staff to do it. And I think if we look at it in a normal point of view the loved ones quite like the idea that when they know they’re getting looked after and the doctors’ involved and we don’t need to have the trauma of them going to the acute setting.

W: Yes. If you just joined us on Health Professional Radio, you’re all listening to our conversation with Shane Neaves. Shane’s the CEO at Peninsula Village Limited and we’ve been talking about the care opportunities that Peninsula Village provides and my name is Wayne Bucklar. Shane, in every enterprise, in every undertaking there are always misconceptions and it’s my favorite question in interviews. What’s the biggest misconception amongst your costumers, clients, patients, residents – what’s the biggest misconception that keeps you awake at night?

S: Look, I think Wayne it’s fair to say that the aged care sector isn’t seen to be sexy for wanting a better word. Look, the reality of life is that here at Peninsula Village we have a bit a chilled out life, your choice our community. So we’re trying to look after locals, if we’re very practical about it all there’s not many people that get discharged to home, most people get discharged to a higher authorities I say. We deal quite well in allowing people to have their choice and I think the important thing that we try to do here is make sure that all of our residents that are coming in our care have an advance life care plan and we actually sit and talk to the family about their end of life wishes, so really what we’re trying to do is prepare the individual for the ultimate and help them enjoy their later years. So that’s sort of a philosophy that we’ve got in our care model and we try and to be proactive in that. They’re here for a good time. It’s no fault of their own that they had a stroke or they can’t look after themselves and the idea here is we should provide the necessary care and help them decide their later years and I think that the reception out there Wayne is a lot of people don’t know what actually goes on in aged care. I mean we have a lot of linkages with kid’s club, primary schools, secondary schools, men’s shed, the Rotary clubs – they’re all very proactive. We have a hundred odd volunteers that come in. So these are village life and their active plays in the community and we like to keep them in touch with the community.

W: And as you say, many people may not know what goes on in aged care but with the aging of the population, I think in the next few years we’ll see that change quite dramatically.

S: Yes and we’ll see demands and different demands placed on us by those people coming through.

S: No and they will be informed and I think it’ll be a different market place and different needs from both clients. But basically still dealing with a lot of people that have lived through the depression and therefore their expectations and demands on us aren’t as high as I think will happen in the near future.

W: Yeah, the baby boomers has been, are very privileged generation and have managed to live through an age of very much getting everything they ask for. So it’ll be an interesting time to see how they go on aged care.

S: Yeah and true, well the common agenda is keep you in your home longer and not fond of residential care as well as they have been and the funding mechanism have changed from the 1st of July 2014 with income tested cities, those are the things definitely see it changing.

W: Well, it’ll be an interesting time ahead. Shane it’s been a pleasure chatting to you at Health Professional Radio, I do thank you for making your time available to us.

W: Now, if anyone’s listening and would like to know more about Peninsula Village, you can head off to www.pninsulavillage.com.au, all one word and you’ll be able to get in touch with Shane through that website. You can also hear our interview again, we have an audio archive on both YouTube and SoundCloud and there’s a transcript as well on our website at www.hpr.fm. You’re listening to Wayne Bucklar, thank you for joining us on Health Professional Radio.