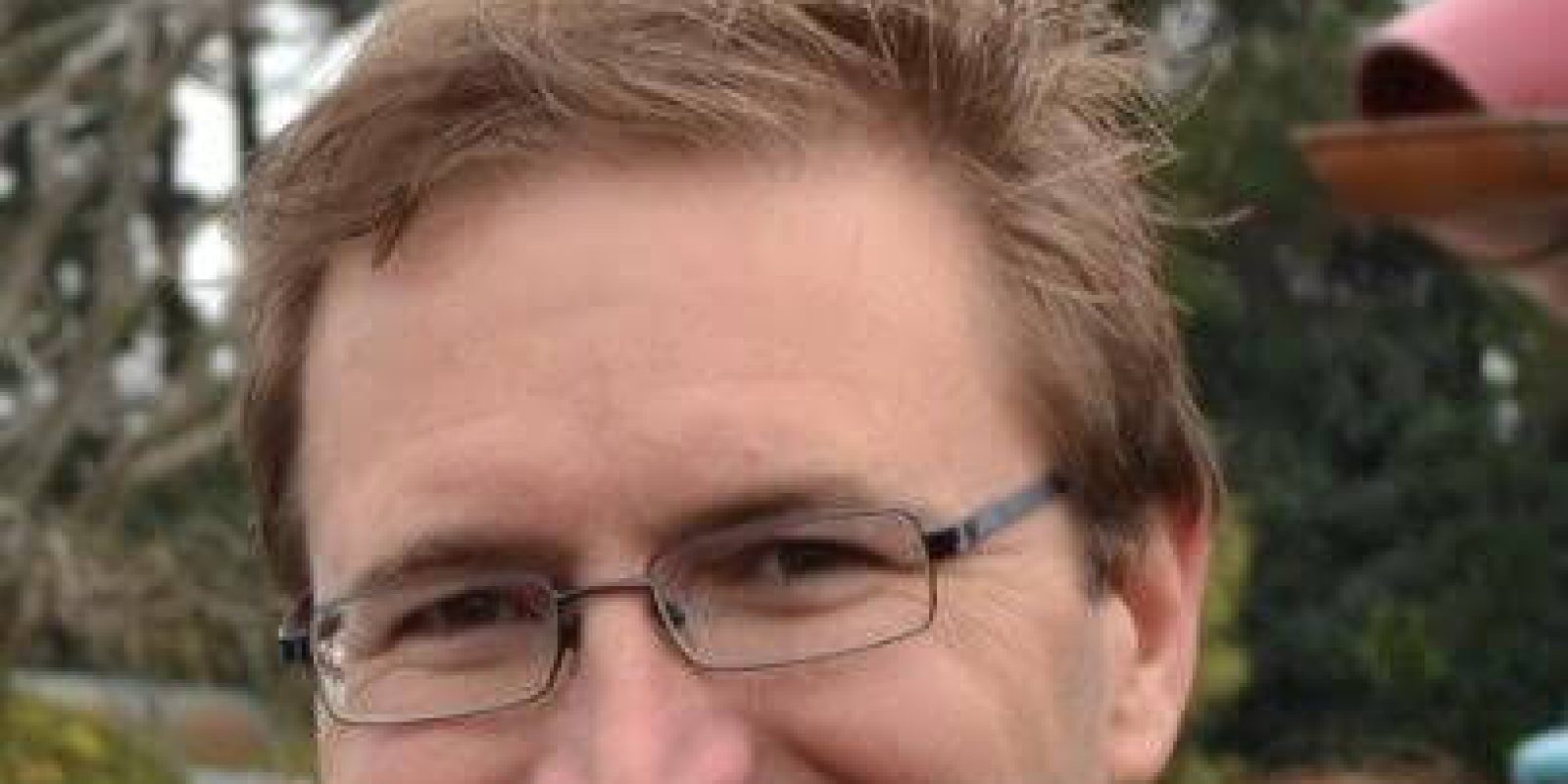 Guest: Gary Sillet
Presenter: Wayne Bucklar
Guest Bio: Gary Sillett is a director of Pillars of Strength. He is a bereaved dad, who lost his son after two days in the NICU. Currently he is one of two Consumer Representatives for the neonatal sub-committee for NSW Kids and Families. He has worked in the corporate and not for profit environment for the last 15 years in the areas of marketing, operations and management. Out of losing his son in 2010 and finding that there was no service to provide support for men, Pillars of Strength was born to fill a gap in the men’s health and mental health sector by providing respite and support for men going through significant family trauma. Pillars of Strength is an Australian first charity which provides three pillars of service to dads and their families. NB Pillars of Strength is not a counselling service but provides an informal peer support network and respite and support opportunities for bereaved dads who have experienced loss. Pillars of Strength supports bereaved dads who have lost babies and dads with sick babies/infants in hospital, by providing ‘time out’ (through access to sporting activities and opportunities), in-hospital support, and advice on complementary services and information.

Segment overview: In today’s Health Supplier Segment, we are joined by Pillar of Strength General Manager Gary Sillet to share the organization’s background and goals. Since its inception Pillars of Strength has distributed over 3,500 timeout opportunities to bereaved dads and to dads with sick babies in hospital through the support of ANZ Stadium, The NRL, and many others; Supported over 100 families through an in-hospital parking program; Run events for bereaved dads to engage in social or sporting activities and meet other dads – with a counsellor, nurse or support worker attending; provided to regional dads and their families over 800 nights of accommodation (saving families over $120 000) by operating a short term accommodation program next to Royal North Shore Hospital so that they have somewhere to stay in the first stages of their baby’s hospitalisation; established and operated a Food and Fuel assistance/support program at Royal Women’s Hospital to alleviate some of the financial pressures during their time their baby is in the NICU; and renovated the Sydney Children’s Hospital parents’ hostel to provide a place or respite and timeout.

Gary Sillet: Thanks for having me Wayne.

G: Yes, so Pillars of Strength was established in 2010 after the loss of my son, after 2 days in the NICU, the Neonatal Intensive Care Unit. And we provide time out and support for bereaved dads, and we also provide in-hospital support through accommodation. One of the hospitals in Sydney, our … program, the families that are coming out to the NICU in a couple of hospitals in Sydney and other time out opportunities. So dads can reconnect with their mates and support themselves in one way as well as a fact being there to reduce some of that stress and burden in the significant issues of time.

W: Now this is not a rare circumstance I gather for a father, well for parents of children, to have children in distressing medical circumstances.

G: No, it’s like on average there’s about 3,000 stillbirths neonatal infant loss every year and then there’s about 44,000 children who are being put in to the Neonatal Intensive Care Unit or in special care yearly within Australia. It’s quite significant if you think that every child has a mother and a father that may or may not be involved with them over the time, so there is a huge gap and a huge need for support which we’re trying to fill that more aspect of it.

W: And you focus particularly on dads, do you find there are different needs amongst moms and dads?

G: Yes. And one of them main reasons is that I have actually experienced the lost myself. I had wonderful care and support for my wife and my child while they were in hospital, however once we actually had the situation there where we look for different support programs that are available for men and in general they are really targeted towards the moms, and very little was available directly engaged for the dads. Dads stereotypically and men in general stereotypically don’t ask for help so in some of our programs we look at it in a different way. So we’re providing that informal peer support program, that informal support need in getting the dad to actually ask for help without feeling like he is asking.

W: Now I see on your website, that you say you’re not a counseling service?

G: Yes, well one of the things, there are a number of counseling services and there are a number of professional counselor across Australia. And we are not a counseling service, we’re not a support group as I mentioned we’re an informal peer support network. We provide time out opportunity for dads to reconnect with their family, friends, their support network, that’s integral important one of the first things that actually needs from the dad and from people who avoid they suffered a significant loss in the child space or actually have someone in the hospital is that their family and friends are they can connect with them really well or they disappear, because they are not sure how to actually engage with them. Dads in particular find that really difficult because men’s they stereotypically don’t ask for help. That’s why we’re focused in that space, we don’t do any counseling there are significant services and wonderful services out there, we’re actually are there to actually meet that unmet need, we’re there to complement other services and to provide that support mechanism so they can actually reconnect with their support network.

W: I’m in conversation today with Gary Sillet, who’s Chairman of Pillars of Strength and we’ve been talking about the role the Pillars of Strength plays in supporting fathers whose children have either gone through a process of medical misadventure that is there in Neonatal Intensive Care Units or perhaps babies still born or who have lost their fight for life. Gary is it an Australian wide service?

G: We’re about to roll out across the East Coast, so in Townsville, Queensland, Brisbane, New South Wales, ACT, Riverina and Newcastle and Victoria from early April. We’ve been operating for the last four and half years, close to 5 years in the New South Wales, ACT area. But this year we’re actually rolling out a sort of the East Coast program which is a big step for us.

W: And Gary it’s a not for profit I understand, how are you funded?

G: Purely by donations and some wonderful support from different organizations. So with our time out program which we provide, we provide dads with the opportunity to meet other dads in an informal environment by going to a sporting event or an activity. So we play cricket on the SCG, we take them to the football or to a comedy night, and most of those tickets are actually donated. And we’ve had some wonderful support from various diners to actually also, yeah allows to facilitate what we do. So we run an accommodation program next to … regional family, while their child is in the NICU. And over the last since we’ve had that actually established it saves the families who pay an average $150 a night about $90,000 in accommodation cost which they could or could not afford. Some people have been staying there for up to 3 days to 3 months. We usually have an average stay of about 4 weeks. And if you add that up that’s quite a significant burden which we’re reducing the stress for, so they can just focus on the baby’s wealth and support, as well a supporting their partner.

W: Now Gary most of your audience are clinicians of one kind or another. We get everyone across the clinical spectrum I guess in both acute care and hospitals and we get a lot of people in aged care as well. What’s the take away message that you’d like them to hear from your today?

G: Probably the key thing is that directly or indirectly you know or have someone may have been affected, one of the challenges is there is a lack of support services for men in general and this services is available for men across East Coast. So if you know someone who has actually been impacted by a stillbirth, neonatal loss or an infant loss please direct them to our organization Pillars of Strength. Though we aren’t the answer for everyone but at least we can actually direct them to various support groups or counseling services if our service may not be there. We actually considered ourselves to do three things, we provide time out opportunities which allows dads to reconnect with their mates or to connect with other dads who have been through a similar situation, a hospital service provider accommodations…program, another aspect for it or an information conduit, so we can actually give them advised information about other services that they can access.

W: Gary in every endeavor, in every occupation there are misconceptions that keep people awake at night. What’s the biggest misconception you found in the work you’re doing?

G: I think the biggest misconception is that dads don’t need support. Men in general are very stoic and I think that’s the way that we’re being brought up to be. With the roles predominantly to support the partner both emotionally and physically and to be the Pillar of Strength for the mother, family and friend. One of the challenges within this is that dads wanted treated normally and they want the support from their mates, their families and others they want acknowledgement however the challenge is being connected or contacted or actually ability for someone to actually ask them to do something normal and that’s where Pillars comes in.

W: Well hopefully Gary today we can help dispel that misconception just a little bit amongst our audience. Now I understand the best place for people to get hold of you is at the website pillarsofstrength.com.au?

W: I do appreciate your time today Gary. Gary is the Chairman of Pillars of Strength and if you’ve just missed my conversation the good news is we have a transcript on our website, we also have available to you an audio archive on both YouTube and SoundCloud and you can find the links to all of those resources at www.hpr.fm. You’ve been listening to Health Professional Radio, my name is Wayne Bucklar.