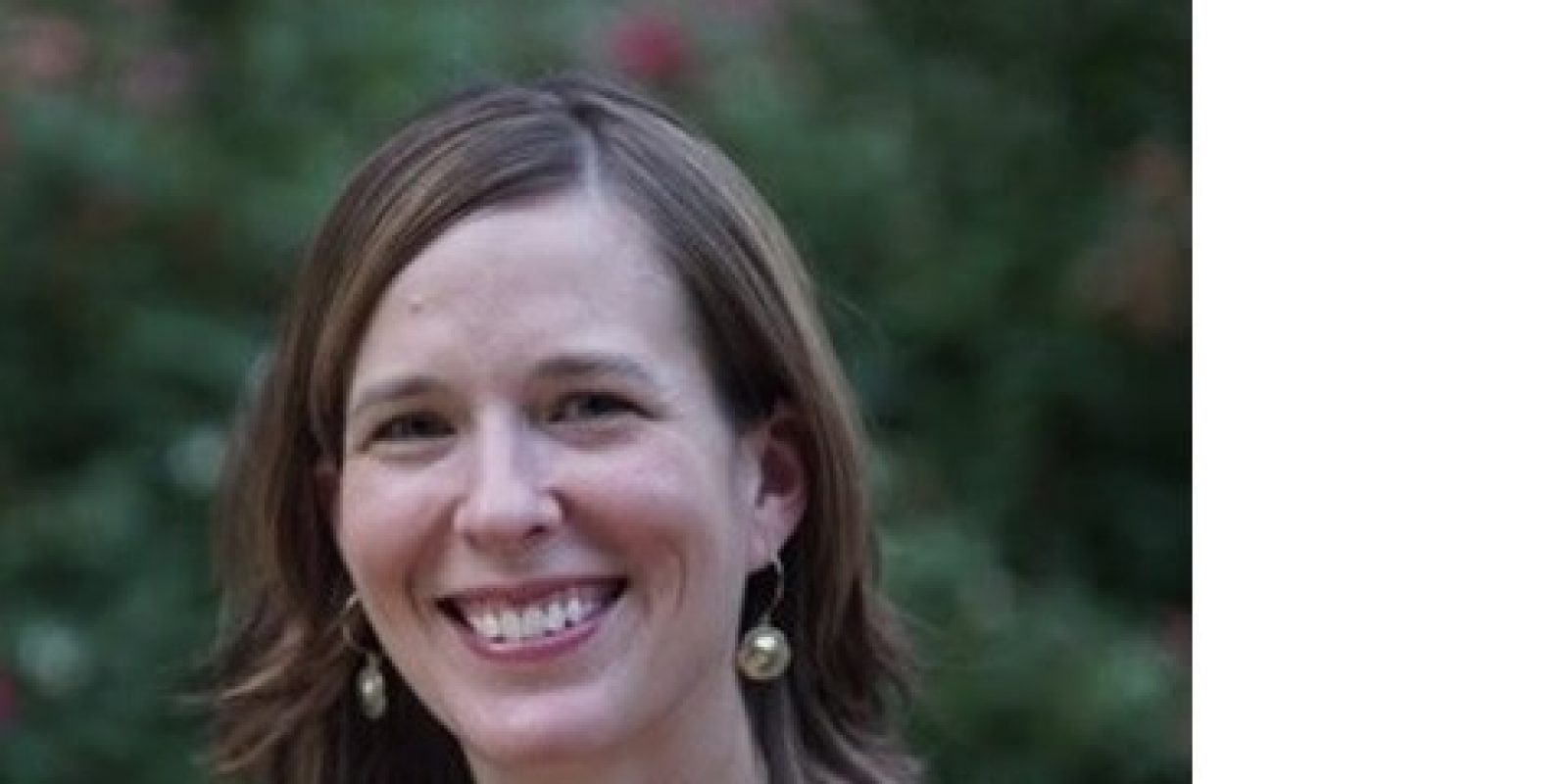 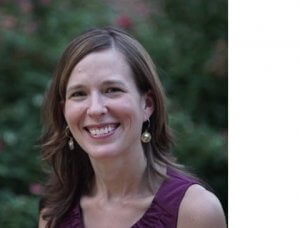 Guest Bio: Julea Steiner is a sleep health advocate and an Assistant clinical professor and director of professional development in the Public Health Leadership Program at the University of North Carolina. After suffering with sleepiness and cataplexy for more than 20 years, she was finally diagnosed with narcolepsy at age 36. Julea is passionate about raising awareness about narcolepsy.  She encourages others to explore their symptoms and break through the cultural stereotypes of the disorder.

Segment overview: In this segment, UNC professor Julea Steiner talks about how she was finally diagnosed with narcolepsy and discusses her mission to educate others about it.

Neal Howard:   Hello and welcome to Health Professional Radio, I’m your host Neal Howard. Have you ever had vivid dreams or maybe sometimes laugh so hard that your knees give way. It could mean that you have a chronic neurologic condition. Our guest is Julea Steiner, she’s a Sleep Health Advocate and she’s here today to talk with us about narcolepsy. Welcome in the Health Professional Radio Julea.

Julea Steiner:   Thank you for having me.

N:   Now, narcolepsy. What exactly is it and how common is it?

J:   Sure. Like you said, narcolepsy is a chronic neurologic disorder, sometimes a debilitating disorder, the sleep-wake cycle. The brain’s ability to control the sleep-wake cycle is impaired. To put that more simply, you have aspects of sleep and wake form of occurring in the body at inappropriate time throughout the day and night. Narcolepsy is more common than people think, about in 1 in 2000 people in the United States have narcolepsy.

J:   It is. And an estimated 3 million people worldwide. But what’s interesting is that there are a lot of stereotypes out there about narcolepsy that make it difficult for people to recognize and be diagnosed. It’s actually estimated that half or maybe even more than half of people who currently have narcolepsy don’t have any idea that they have it.

J:   Sure. I’ll tell you a little bit about my story. I developed narcolepsy. My first symptom when I was 9. It took me 26 years to get diagnosed (crosstalk). And it’s not uncommon for it to take up to 10 years for diagnosis of narcolepsy. The first symptom that I experienced, which is the first symptom that many people experience was, I was 9 years old and I just stopped waking up in the morning and I was experiencing what’s called, ‘Excessive Daytime Sleepiness’. Just this overwhelming, all-consuming sleepiness that I felt all throughout the day. I had trouble concentrating, I had trouble paying attention, I often could only go for a couple of hours without feeling like I need it. It’s just a very, very sleepy during the day. And then I went on to develop other symptoms over time, another symptom of narcolepsy. For some people is cataplexy and what is this, the weakening of the muscles and sometimes it occurs with strong emotions like laughter, or anger, or cry. For me, I have mild cataplexy. If you saw me having a cataplexy attack, you might just think I was really a clumsy person like I might drop things, then I lose my grip on things, my knees might give way. You might not even be able to see it happen. But for some people, the symptom is much more severe. They can have a full or partial body collapse and their muscles are paralyzed but they’re fully conscious. They’re aware of what’s going on around them. They are a bit like they’re trapped inside their body (crosstalk). Yes, very, very terrifying, especially with the more severe cataplexy. A couple of other terrifying symptoms of narcolepsy something called ‘Hypnagogic Hallucinations’ and these are vivid life-like dreams. They can occur as you’re falling asleep or as you’re waking up. Often you feel like you’re being chased, you’re being attacked, you can’t get away. They are very, very real and vivid and these often occur with another symptom of narcolepsy which is called, ‘Sleep Paralysis’. And this is where you’re awake, you might have to hear or see what’s going on around you but you can’t move, you can’t speak, you might have spent not being able to breath, and so you can imagine when this occurs with these hallucinations symptom, it’s a very, very scary experience. And finally and I think a really important symptom to mention because a lot people don’t associate it with narcolepsy is interrupted night time asleep. So people often think that people with narcolepsy can sleep all the time, anywhere, but we actually have a frequent night time awakening. So you might fall asleep, but then you’re up and down throughout the night. So, I would describe it as dealing personally with narcolepsy, for me at least, feel sort of trapped in the space between being asleep and being awake. And you feel that way throughout the day.

N:   Now, a couple of questions. You said that you were diagnosed after 26 years after having suffered basically all of your childhood and your young adult life. When you were finally diagnosed properly, how many misdiagnosis did you have to endure?

J:   It is hard to count. I can’t tell you that I saw at least 40 healthcare providers (crosstalk). Over the course of 26 years, I was misdiagnosed with everything from ADHD, Vitamin Deficiency there for all years. I had countless exams and tests, people looking at my thyroid and it’s just all sorts of different disorders. I was prescribed a lot different medications. So, a lot of misdiagnosis and again, narcolepsy can take, I’m a little bit extreme with 26 years that for a lot of people. It can take up to 10 years or sometimes more to diagnose and people usually do, I think, an average of 6 health care providers and again it has been my case possibly more before they set that accurate diagnosis.

N:   How were you ultimately treated for narcolepsy? And is there a viable treatment or is this something that you have to manage for the rest of your life?

J:   Well, narcolepsy is a lifelong disorder, there is no cure. There are treatments and good lifestyle management available. I think that’s all highly individualized. I worked with my neurologist to come up with a good plan that works for me. I think anyone that have narcolepsy, they have to do same and work with their healthcare providers and come up with the right plan. But I think, the key thing is this really getting to that diagnosis because you can’t even begin to think about treatment until you have an accurate diagnosis to it.

J:   That’s is an excellent question. Narcolepsy can make relationships difficult when you’re feeling just this constant sleepiness. If you can imagine a healthy person being up for 48-72 hours straight and sort of how irritable, and how emotional, and how awful they feel and you have me feeling like that all the time. And then people aren’t really very understanding about sleepiness especially with model legitimate cause. There’s a real stigma associated with sleepiness in our society. It was a big frustration and conflict in a lot of relationships. And that’s one of the really wonderful things about getting that diagnosis is that I think I just have more positive relationship overall and the people in my life has been very understanding about having narcolepsy. So I think, that’s one of the big reason to get that diagnosis because it can really improve the relationships in your life.

N:   There is one condition that I’m familiar with is ‘Hypothyroidism’ causing you to be sleepy at inappropriate times. Will you ever misdiagnosed with the thyroid problem? And if so, will you on the drugs and then had the come off of the drugs after your correct diagnosis? And of all the drugs that you had to take during those improper or incorrect diagnosis, was it difficult to back off of some of them?

J:   I was certainly checked for thyroid issue but I was never diagnosed or treated with the thyroid issue. And again, I was given and suggested many different treatments over the years but as none of those really worked to help me.

N:   Well, where can our listeners go and learn more about narcolepsy?

J:   There’s a website it’s called morethantired.com. It is sponsored by Jazz Pharmaceuticals. It has the symptom screeners, they can go through all the symptoms of narcolepsy and have those apply to you. And there’s also directory of sleep specialists. People who think that they might have narcolepsy can find a sleep specialists in their area.

J:    You as well, thank you for the opportunity to raise awareness about narcolepsy.

N:   Absolutely. You’ve been listening to Health Professional Radio, I’m your host Neal Howard, in studio with Julea Steiner, Sleep Health Advocate and Assistant Clinical Professor and Director of Professional Development in the Public Health Leadership Program at the University of North Carolina. She’s been with us today talking about narcolepsy. Transcripts and audio of this program are available at healthprofessionalradio.com.au and also at hpr.fm, and you can subscribe to this podcast on iTunes and listen it on SoundCloud.