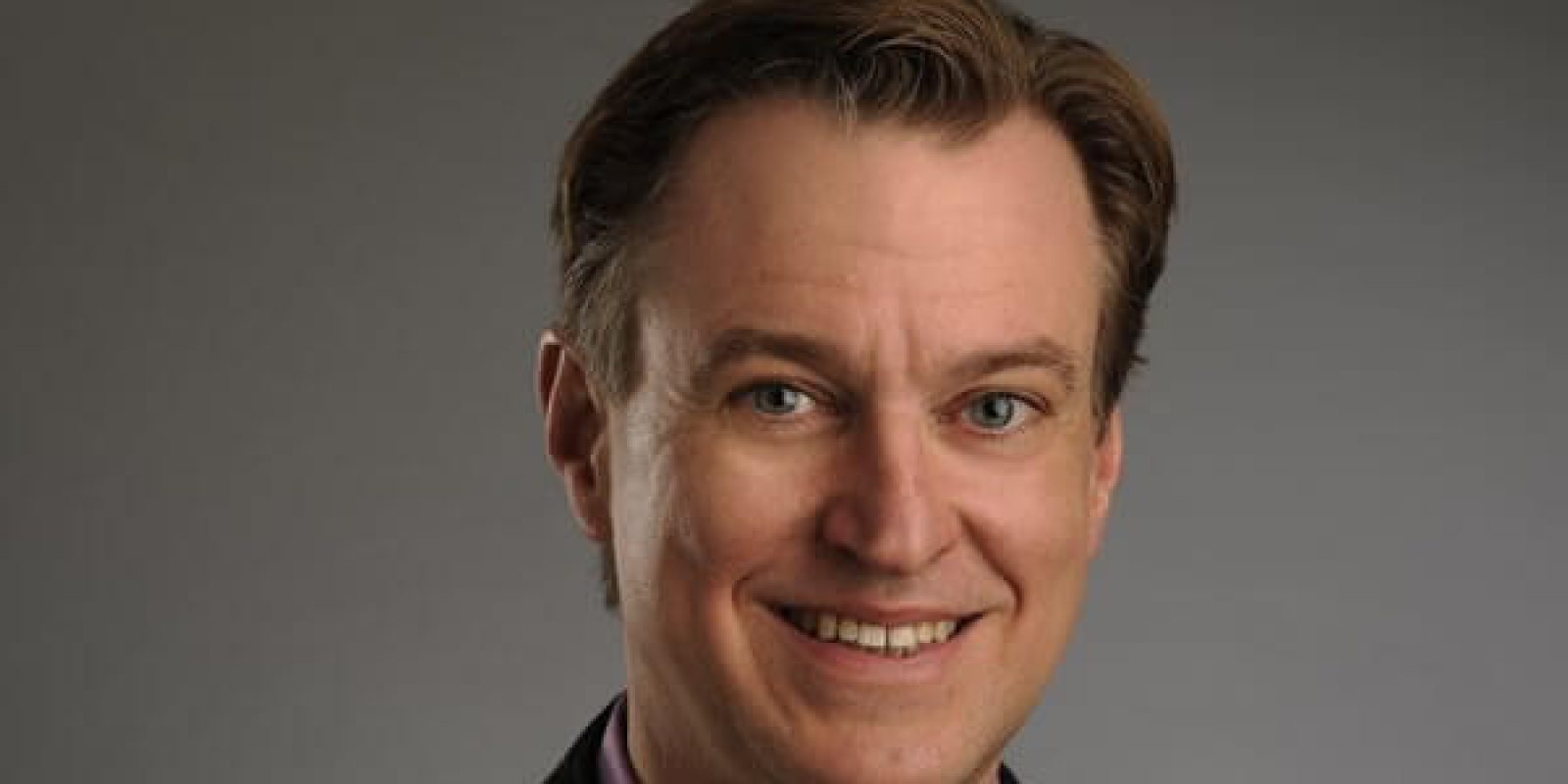 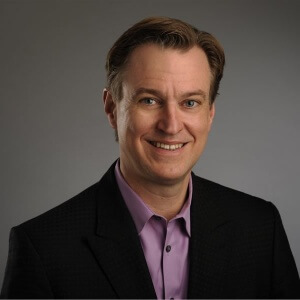 Guest: Dr. Robert Walker
Presenter: Neal Howard
Guest Bio: Robert C. Walker, Ph.D., is the CEO of Rayvio, an advanced health and hygiene company that enables clean water and environments. Dr. Walker has 20 years experience in the LED and compound semiconductor world, particularly in Asia, and 6 years of venture capital experience. He was formerly a Partner at Sierra Ventures and CEO of BridgeLux. He has a Ph.D. in Physics from Caltech.
RayVio, based in Silicon Valley, helps protect against persistent environmental health threats by delivering a new class of innovative products. Applications include water, air and surface disinfection and medical treatments with a particular focus on consumer products.

Segment overview: RayVio, a health and hygiene company, is launching a new class of UV LED products that can disinfect in a flash (literally!). Eliminating the need for bulky, fragile and toxic chemicals. While UV LEDs have previously been used for disinfection, they’ve never before been as compact and as powerful until now.

Neal Howard: Hello and welcome to Health Professional Radio. I’m your host Neal Howard for this Health Supplier Segment, thank you so much for joining us today. RayVio Health is a health and hygiene company, they’ve launched a brand new class of UV LED products that can disinfect literally in a flash. Our guest in studio today is the CEO of RayVio and he’s here to talk with us about this brand new breakthrough technology that we’re hoping is gonna sweep the medical industry. Good afternoon and welcome to Health Professional Radio Robert Walker.

Dr. Robert Walker: Neal, thanks for having me.

N: RayVio, you’re the President and CEO. Talk about RayVio.

W: RayVio started as a corporate entity about 4 years ago in the mid-2012. It was founded based on technology of Boston University with that…it was developed by my co-founder, Dr. Yitao Liao which where he developed a breakthrough and an innovative ultra-violet technology based on semiconductors…devices that can innervate the way we do to protect ourselves from persistent environmental threats in our health and hygiene around the world.

N: Now I’m very familiar with wiping down your instruments, sterilizing, disinfecting an O.R. or an E.R. or just a patient’s room when you’re admitted into the hospital and it’s normally with chemicals, water, maybe some type of powders. Are you saying that we can protect ourselves from infection using just UV light?

W: Absolutely. Ultra-violet technology has been used for more than a century to disinfect everything from water to surfaces. So it’s a well-established technology, it’s primarily been delivered through mercury lamps which are essentially glass tubes with mercury inside that have a number of disadvantages including the fact that they’re bulky, large, high-voltage, not particularly suitable for applications where you need them to turn on instantly and things like that. The problem with chemical wipes is they require human intervention and so you’re requiring for instance in the health care environment nurses aids or other people in the hospital to wipe down surfaces continuously and properly. Chemicals even bleach take time to act so a quick wipe down isn’t as effective, many bleaches they require for instance putting the bleach down for about 20 minutes before they completely disinfected a surface. The advantage of UV technology is that it acts relatively instantly in just a matter of a few seconds or minute you can disinfect a surface or water or whatever you want to disinfect and we bring it in a compact instant on semiconductor based…that allows you to get into the nooks and crannies.

N: Okay, it sounds like one of those futuristic things that one might see on a television show or in a movie. How cost effective is something like this? It’s sounds very science fiction to me. Is it a cost effective thing?

W: That was one of the key innovations that…developed at Boston University. This is a semiconductor technology, so just like computer chips and LEDs…lighting. The semiconductors that make the radio in your mobile phone as volumes go up, the cost come down precipitously and so we enable a massive manufacturing scale that drive cost down as well as the technology that continually improve performance that hits the prize points that are required for these applications.

N: When it comes to sanitizing these surfaces, are we talking just inanimate objects or are we talking patients as well? And if so, what are some of the statistics on how many of our patients who are in hospitals are being affected by some of these germ? You got MRSA, things of that nature and all of these are basically from doing exactly the best that you can but you can’t kill everything, normally we see things that says kills 99.9% of germs. How effective are the UV lights in addition to the other issues that I asked?

W: Yeah, mostly we’re talking about disinfection of water, air and surfaces. There are some specific applications for instance electronic band aid that can do disinfection of wounds but mostly UV is not something you want to expose to human eyes or human skin. So it’s mostly disinfection of surfaces, there are specific applications of UV in health care for skin treatment, everything from vitamin D generation to treatment of psoriasis that where you do expose a patient’s skin and the UV has beneficial aspects but most it’s surfaces.

N: There are a lot of things that we’re not aware of unless we’re dealing with a specific problem. Those of us who deal with say catheters on a regular basis is not simply you go to the hospital, a catheter inserted, you go home and everything is fine, there’s maintenance involved, there are new parts involved that are shipped to you on a regular basis or you go and pick them up. Are you talking maybe disinfecting a catheter before it is inserted? Something as simple as that, is that cut down on how many catheters have to be used?

N: You don’t think of that a lot. When these doctors are using their phones and leaving them some place or someone else uses the phone or some of these devices that EMTs need to use and they’re all using the same radio transmitters. Are we talking disinfecting things of that nature as well?

W: Absolutely and we’re actively engaged with customers and releasing products specifically for those applications. I’d like to say the iPhone is the new necktie where neckties used to be incredible germ infested when doctors would wear them because they don’t get cleaned very often but iPhones and iPads are commonly in use in hospitals and doctors and nurses touch a patient, touch the phone. Maybe they go wash their hands and then they go back and touch the phone and pick up the germs again.

N: Now you’re not new to the world of LED. You’ve been in the industry for a while, yeah Robert?

N: And when we’re talking about disinfecting some of these things, say a surface isn’t used, how long should we expect the disinfectant effect to last?

W: The disinfection happens instantaneously with the exposure to the UV. Of course if you used, touched the phone again you need to expose it again to UV to disinfect it again but the fact that it can be done very quickly and for instance in a mobile application, you got a phone with a self-disinfecting screen so it constantly disinfects itself.

N: Are there any applications not using organic tissue that may not be ideal for your technology?

W: Any time you don’t have a direct line of sight for the UV, for instance you can’t use it to disinfect the inside of a steak or the inside of a hamburger, you still need to cut. So you need the ability for the UV to get to the bacterial organisms and destroy the DNA.

N: What about installation? Are we talking about UV components, say in a room that are being activated at certain intervals or are these handheld devices? How portable are they?

W: The UV LED, think of it as being the size of the camera flash in your phone, so it’s just a small little few millimeters device that can be built in virtually anywhere. It could be built in the surface of a phone, it could be built in like a visible LEDs that are now used for some street lighting so to be part of a lighting system in a room. So you could have just a button on the wall, you push it, you leave the room, the UV turns on and 15 minutes later the entire room is disinfected. So it’s a very versatile… that can go into virtually any application.

N: Now you’ve got a website rayvio.com , is that correct?

W: Yes, www.rayvio.com which we’re actually upgrading right now but currently you get a product information, our company information and some application information around disinfection of surfaces and water but we’re currently upgrading that to include even more information around specifically the applications. We’re doing a lot of efficacy testing, you mentioned C. Diff and MRSA and some of the other super bugs that have been a problem in health environments and it kills almost a hundred thousand Americans a year right now more than gunshots and traffic accidents combined and we’re doing tests. We have done tests specifically on C. Diff and MRSA showing that we wiped out 99.999% of those bugs on a surface as well as other applications like consumer applications around Listeria and E. Coli and other bugs that kill millions of people around the world. So we’re also working on consumer applications as well as the health care applications.

N: Now, in addition to your website, rayvio.com where can our listeners get more information about RayVio or about you and about UV LED disinfectants?

N: You’ve been listening to Health Professional Radio, I’m your host Neal Howard for this Health Supplier Segment. We’ve been in studio talking with CEO of RayVio Mr. Robert Walker, a 20 year veteran in the LED industry with the background in venture capital. He’s been with us talking about RayVio and their new class of UV LED products that can disinfect literally in a flash using UV LED. It’s been great having you here with us today Robert.

W: Great. Thank you very much Neal, it’s been my pleasure.