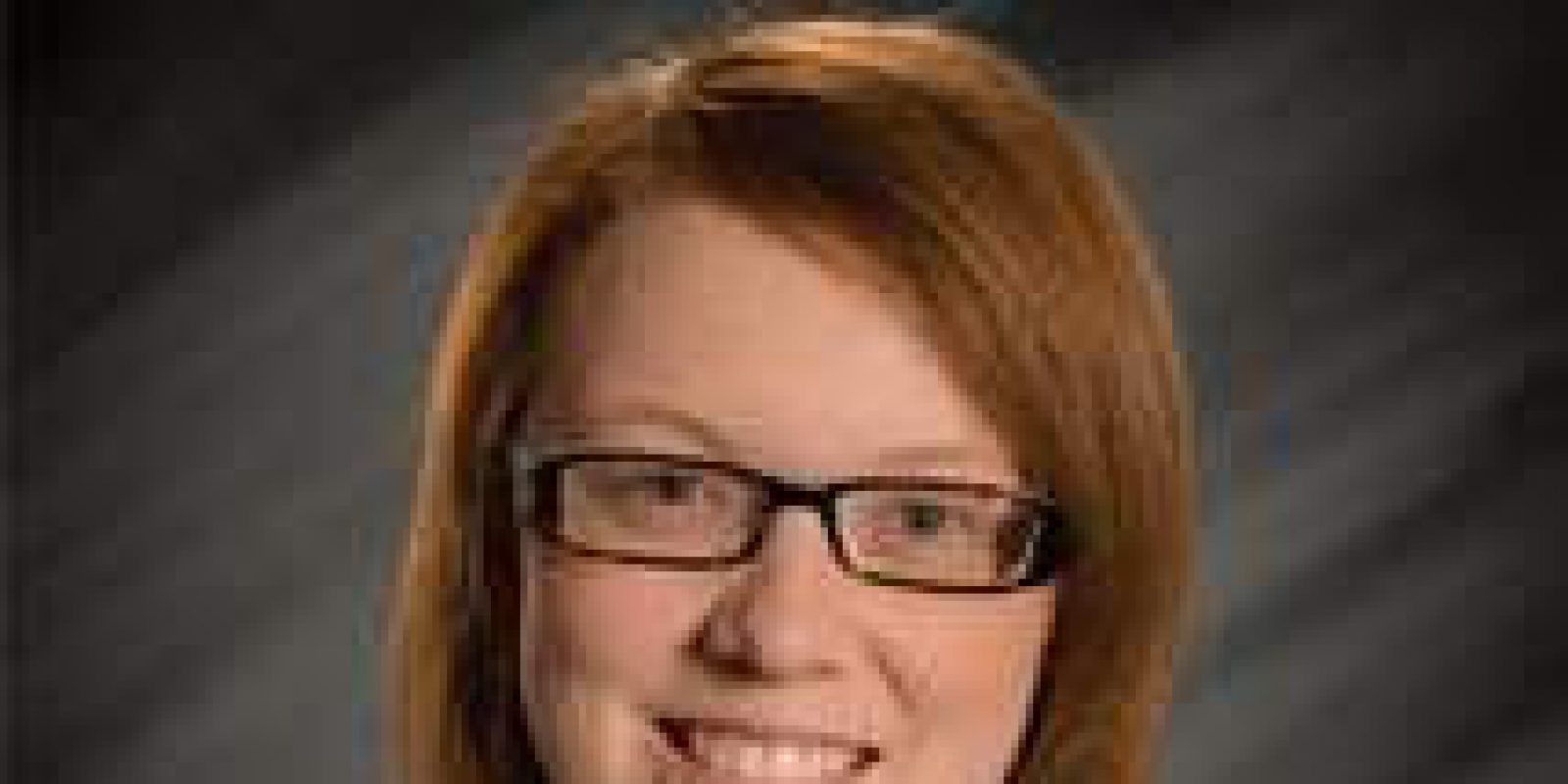 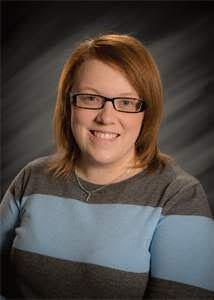 Guest: Dr. Sarah Horsley DC
Presenter: Neal Howard
Guest Bio: From the small town of Olive Hill located in eastern KY.Dr. Sarah Horsley, DC, received her Bachelors of Science Degree in Biology at Morehead State University. She graduated there in 2010 and started chiropractic school that year in St. Louis at Logan College of Chiropractic now Logan University. Shortly after graduation, she was hired on at Maysville Family Chiropractic and worked there for a year before transferring to the Georgetown, KY. clinic location where she currently practices.

Segment overview: In this segment Dr. Sarah Horsley, DC, a Logan University graduate, discusses her chiropractic style and way of thinking in her practice.

Neal Howard: Hello you’re listening to Health Professional Radio. I’m your host Neal Howard, so glad that you could join us today. Our guest in studio today is returning to talk with us about the art of chiropractic. It’s Dr. Sarah Horsley, doctor of chiropractic practicing in Georgetown Kentucky, a graduate of a Bachelor’s of Science degree in Biology at Morehead State University in Kentucky, and also a graduate of chiropractic at Logan University in St. Louis Missouri. And she is here today to talk with us about her particular philosophy, style way of thinking when it comes to the art of chiropractic. How are you doing today Dr. Horsley?

Dr. Sarah Horsley: I’m doing great, how about you?

N: Doing very, very well. Thank you so much for returning with us today.

H: That is correct.

H: She just went above and beyond with my dad. She spent, that first visit that she would listen. She spent at least an hour going over his x-ray, explained in him what she thought underlying cause of his pain was.

H: After his first adjustment, she called him the next day and asked him how he felt. It was just very warm environment. My dad felt great about it, and it was just very touching to me that she took that much time.

N: Had the problems that your dad was experiencing, had he tried conventional or traditional medicine to deal with those problems, prior to seeking with chiropractic?

H: He did. He had pretty much tried everything, and then this was pretty much his last. “Well if it doesn’t help me and then there is nothing else.” So this is his last stop.

N: Now I’m sure as a doctor of chiropractic, you’re familiar with the sometimes I guess for lack of a better term the “stigma” that can be attached to chiropractic by many in the traditional medicine community. How have you dealt with that and what are your thoughts on that?

H: Well we do get… I don’t want to say that they look down upon chiropractors, the other healthcare professionals. But it has been a bit of a struggle, frustrating when you have patients come in that their doctor has said “Well they didn’t want me to try chiropractic. That they don’t believe that it will work.” But the best way that we handle it is to just get that patient better because we ought to prove that chiropractic work.

N: So it really doesn’t matter what the mindset of a person is when they finally come through your doors. The important thing is their mindset once they leave, and the fact that they’re probably want to return.

N: Have you talked with any practitioners of traditional medicine about chiropractic and talking about the combining of the two?

H: We have. We have several practitioners that refer us patients because they know that for certain things it’s better to take an alternative approach first. And we have a really good relationship with them and then if we are unable to help that patient, we can refer our patients to them. So with a lot of doctors we do have do have a really good, working relationship which is always nice.

N: Is that something which is always nice, is that something that you’ve of heard is not pretty much the norm? Does it depend on the region of the country or the school that someone graduated from? Are there any factors that you’ve been able to identify that contribute to this kind of a rift?

H: I know in St. Louis chiropractic’s a lot more, people knew about it a lot more and would go to that first before they went to their medical doctors “If I have back pain I’m gonna go see my chiropractic first. And then I notice that once I move back in Kentucky, was kind of an opposite chiropractic is people’s last stop a lot of times. Well they try the traditional approach, they’ve tried this, they’ve tried that and it didn’t help. Well chiropractic is still is thing that they haven’t tried on, so they’re gonna see now.

N: Okay. So it’s kind of different mindset depending on the region or I guess the experience that the region has had with chiropractic over the years?

N: Because I assume the word of mouth is a huge factor when it comes to discovering the benefits of chiropractic.

N: Now when it comes to getting the word out, what are your main. Do you rely on word of a mouth or do you rely on those good relationships that you have with other traditional medicine practitioner with their contacts?

H: It’s a good mixture of both. I would say the best would be word of mouth. We would get most of our patients from referrals so when we get somebody better, they’re gonna tell their friends and we’ll be the first person they think off if that person’s in pain. So that’s probably where we get the majority of our patients and I would say a small percentage we do get from other providers, but referrals from other patients is significantly higher.

N: Now as in traditional medicine, I mean just because there are 4 million general practitioners or 4 Million ear, nose, and throat guys, all of those guys don’t have the same philosophy of care. They don’t see one way when it comes to treating a particular abnormality, is it the same in chiropractic? Are they different styles of thinking or different ways of practicing when within a particular specialty?

H: Oh definitely. There’s some chiropractors that do just adjust, they don’t do any massage, any soft tissue work, any therapy or any nutrition – strictly adjustment. And then you have chiropractors that will do a mixture of both. And I would quite define myself as doing a little bit of everything because I’m gonna do whatever I can to help that patient, whether to give him a certain vitamin, have them give a massage with one of our massage therapists, or my soft tissue work or some. But it’s just the combination of everything. But we do have patients that will get better with just adjusting, I just think it’s better to do a little bit of everything.

N: Do you think that there are times when well just an adjustment would do for about 90% of the problems that people come in with? Or as you say is it better to be prepared for whatever might happen.

N: Now what is your particular philosophy when it comes to chiropractic? Does your philosophy have to change as you relocate? Or is that something that’s very personal to each doctor of chiropractic? Or does it depend on the patients that you’re seeing?

H: I would say it really depends patient-to-patient because you might have some patients that they don’t really think it’s gonna work so you have to try and change the way you treat them. I personally, my philosophy is just I want to treat that person, I want to get them better as fast as I can. I want them better and able to be back to work, back to enjoying their life as soon as I can get them better – that’s my goal – and then to keep them out of pain.

N: What types of things do you learn from patients as far as different problems? How much is a learning experience for you as well as your patient?

H: It’s a lot. I mean we have patients that come in, you have the more traditional patient – low back pain is probably one of the most common things that we treat then neck pain. And then you have patient that come in with something completely off the law but you’ve been able to help – acid reflux, indigestion, allergies. And then those patients are usually the ones that come in, they don’t mention that to you, but it will just be random. It will be like “Well I noticed that ever since you’ve been adjusting my back, that my heartburn is gone. I haven’t had to take my…in a week because I haven’t had any issues.” And I’ve noticed that a lot.

N: So I guess in conclusion your way of thinking or your chiropractic style would be to simply have an open mind? Which is one of the reasons why you don’t simply do adjustments, yeah?

H: Oh yeah definitely. You almost have to have an open mind with it.

N: Well there have been instances in traditional medicine where errors occurred due to just that – a lack of an open mind. When it comes to chiropractics talking with each other about a patient, you have more than one location as you mentioned. When you have different doctors in a location, in several locations – what about the collaboration between doctors on a specific patient?

H: And I’ll call her and ask her what vitamins that she would recommend, and it’s just nice to have that. Well here’s somebody that’s been doing this a lot longer than me, she’s probably seen this type of case a hundred times, whereas this is my first one, and nice, that is just really great.

N: You’ve been listening to Health Professional Radio, I’m your host Neal Howard. We’ve been in studio today talking with Dr. Sarah Horsley, doctor of chiropractic, grew up in the small town of Olive Hill located in Eastern Kentucky. And after deciding to pursue a career in traditional medicine, studied are Morehead State University where she earned a Bachelor of Science degree in Biology. But due to events that occurred to her during her senior year there, she decided to pursue a career in chiropractic, graduating from Logan University as such. She’s practicing now in Georgetown Kentucky and we’ve been here today talking with her about the different philosophies and ways of thinking when it comes to chiropractic and how having an open mind is basically the only philosophy that she subscribes to. It was great having you here with us today Dr. Horsley.