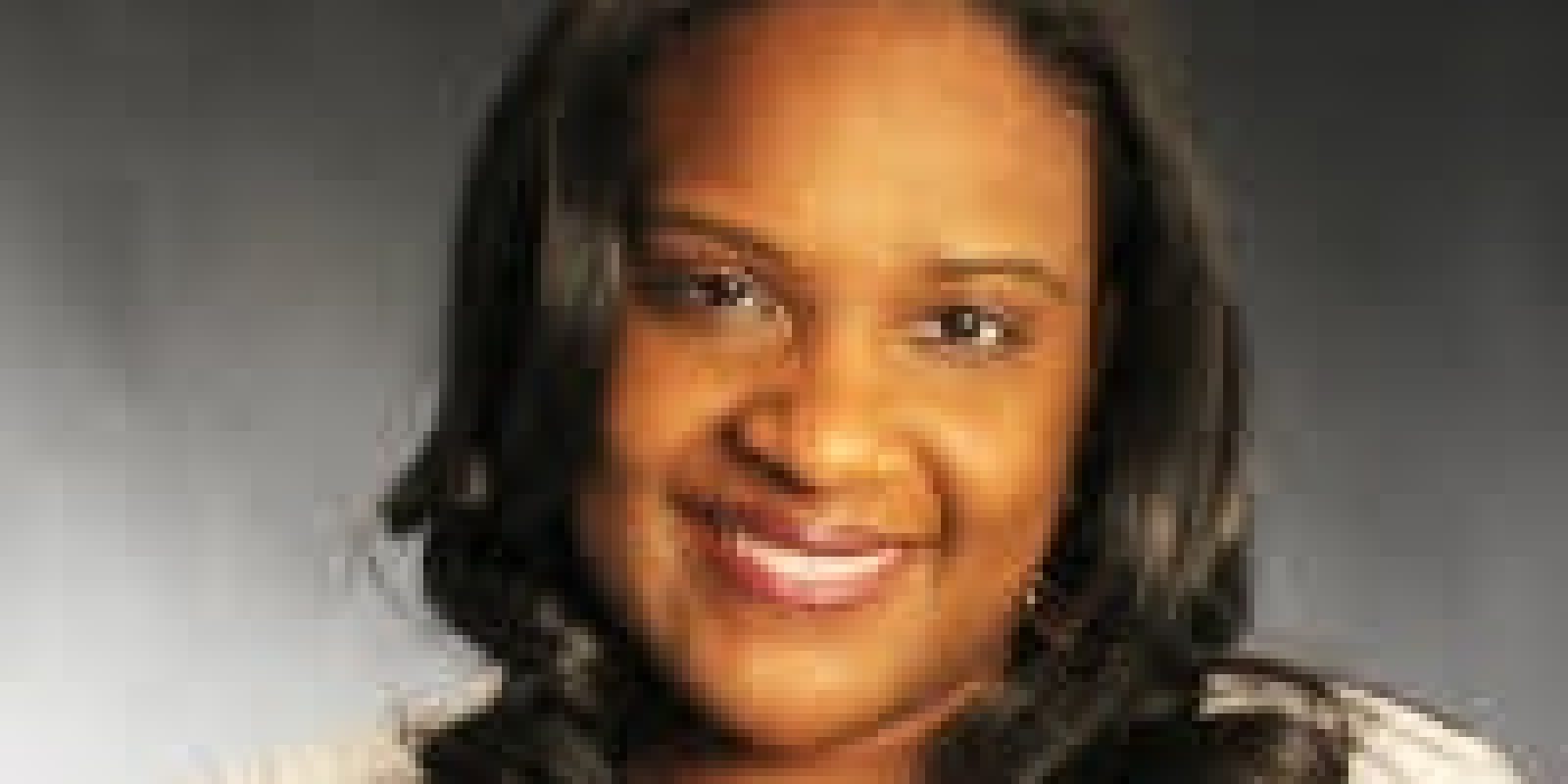 Segment overview: In this segment, Dr. Nina Anderson talks about support for the Sickle Cell disease from the local government as well as their other source of supporters. She also discusses the plans for the future of Tova Community Health.

Neal Howard: Hello and welcome to Health Professional Radio. I’m your host Neal Howard, so glad that you could join us once again today. There are many places that you could go on the internet and you chose to be with us here at Health Professional Radio and for that, I am truly grateful. Our guest in studio today is returning Dr. Nina Anderson. Dr. Anderson is Executive Director of Tova Community Health Incorporated whose aim it is to build capacity for community based health center dedicated to providing the highest quality of care for people who are living with chronic medical conditions such Sickle Cell Disease. And as the Executive Director of Tova Community Health located in Wilmington, Delaware it’s Dr. Anderson’s job and well her passion to raise awareness as well as funding for research into sickle cell disease. And she’s here with us today to talk about some of the local government, how the local government has been so supportive and helpful, some of the supporters that have shown great interest and offer their support and the future for Tova Community Health overall. How are you doing today Dr. Anderson?

A: Thanks for having me.

N: Thank you so much for coming back with us always. It’s always pleasure to talk with you.

N: Sickle cell disease, in other segments when you were here before we determined that sickle cell among other diseases is one of those that are termed as an “orphan disease.” An orphan disease being one that is determined that not enough people suffer from the disease in order to well I guess get a good return on investment when it comes to putting out those research dollars to try and find the cure. Diseases that wouldn’t be considered an orphan disease would be HIV or specifically maybe ovarian cancer or something like that, breast cancer certainly. But when it comes to some of the lesser known or not necessary lesser known but lesser exposed diseases, Sickle Cell being one those diseases funding and awareness can be very, very hard to gain. Is that correct Dr. Anderson?

A: That is correct.

A: So we estimate approximately 700 children and adults in the state of Delaware live with sickle cell disease.

A: And so if you look at that and you try to talk to stakeholders they say “Wow that’s a very small population of people that you’re advocating for.” But compared to other states like Pennsylvania where there is a population of a thousand, we’re definitely on the smaller side as far as our numbers across the country.

N: Now when you’re comparing a state such as Delaware in size with states such as Pennsylvania, 700 sufferers versus 8,000 sufferers. When we’re talking about some places here like Texas, are we talking maybe 24,000 people in the entire state? Would that be considered enough to take it out of orphan disease status or there many, many more sufferers needed in order to change the status of such an orphan disease?

A: Yes. So an orphan disease is where a medical condition again that affects less than 200,000 people in the United States and so even the big state of Texas wouldn’t be enough. (Laugh)

A: I would say that there is not a sense that I know of. There’s a sort of a tier based. But let’s say that if you have a population of people, like people who suffer with heart disease, a hypertension, you’re talking about millions. It’s much different, it’s much easier to make a philanthropic case, or a pharmaceutical company, or an investor to support developing drugs or disease modifying therapies than a smaller or rare medical condition.

N: So in a situation such as yours where are so few people that are suffering in comparison to some of the other diseases that you mentioned – hypertension and what not – where millions of people are suffering. How important is it for the local government to get on board to kind of boost you up a bit and maybe be a voice for you where larger entities are concerned and being considered? So that you don’t have to…

A: (laugh) Yes, definitely we have been supported our local government and local officials , it’s very important. As I was saying part of the research that I published is looking at event if you have small populations of people who have sickle cell, the cost of their care can be extraordinary especially those who are publically insured whether through a Medicaid or Medicare. In my research in 2009 there was a one patient and I did asses that the state paid $320,000 just for the hospitalization alone.

N: A huge amount of money.

N: There’s nothing to…

A: And that doesn’t cover their outpatient visit, their medication, emergency room visits. So I had to make a case that “Yes, this maybe a small population. But the cost of providing care for them is extraordinary. And we can do better.”

N: Now you’re not the only folks involved in fundraising for certain diseases. Certainly not the only organization trying to raise awareness and peak interest and thereby gain funding into an orphan disease. What would you say to our listeners who are many of which are healthcare professionals such as yourself who are trying to find ways to get some funding for some of their research? Maybe bringing learning institutions on board, maybe some large advertisers or to do basically what you’ve done and organize different events and what not. What would you say to them so that some of your success and some of your lessons learned can be transferred to them?

A: I would say that you have to start local like I did. Develop relationship with a community based organization – churches, people that you know, your colleagues and build from there. This is something that I’ve been working in and passionately for the last 5 years to get to a point that I am now. And you know I still have the vision for building a center of excellence for adults with sickle cell.

A: It’s not easy. And it’s definitely something that’s a journey. And I would say it’s just like running a marathon, maybe I’m in the first mile but I have another 20 miles to go. (Laugh)

A: And you just have to keep focused…

A: on your vision and just continue to build that base. And politics and relationships on local helps you expand on developing relationships with other academic institutions across state lines. But I have a partnership with Johns Hopkins which is tremendous. But again I started very local, just colleagues, and friends, and family, and connecting me with many people and I just keep growing and growing and growing that way.

N: Now you did mention a vision of opening a center dedicated to sickle cell treatment and research for adults. Are you finding that when it’s children, does that bring a little bit more of an interest as opposed to adults or is it the disease and not necessarily the types of people that are suffering from the disease that tend to lose some first strings?

A: I would say and this is interesting because I started to publish an editorial Delaware News Journal. And I basically stated that children, pediatric care and research gets 4 times, as much funding and resources than adults do with sickle cell. Although adults are living longer, it’s definitely a disproportionate amount of allocation of resources for adults versus children. And I would say that that’s something that I definitely keep sounding the voice about because you want to be able to bridge that gap of care for the children that are transitioning out of the pediatric hospital or comprehensive centers to be able to continue to provide that same level of quality and comprehensive care that they received. And funding is definitely disproportionate.

N: Now let our listeners know where they can get information about Tova Community Health Incorporated and how they can also help contribute as some of your other supporters have?

A: Yes. So you can visit our website at www.tovacommunityhealth.org. You can go to our Facebook page at Tova Community Health or you can actually visit our Blog site which is tovacares.blogspot.com

N: Thank you so much. You’ve been listening to Health Professional Radio. It’s been a pleasure talking once again with Dr. Nina Anderson, Executive Director of Tova Community Health Incorporated in Wilmington Delaware. And she’s on a mission to provide holistic care and services to our clients to achieve optimal health outcomes. And to do all of that, she needs funding. And she’s been here with us today, talking about some of the great support that she’s been getting from her local government. And also offering that advice to anyone else that is looking into trying to race funds for medical research or as Tova Community Health, simply to improve the care of those who are suffering from chronic diseases such as but not limited to sickle cell disease. It’s been great having you here with us today Dr. Anderson.

A: Thank you for having me, it’s been great.

N: Transcript and audio of this program are available at healthprofessionalradio.com.au and also at hpr.fm and you can also find our podcast on iTunes.