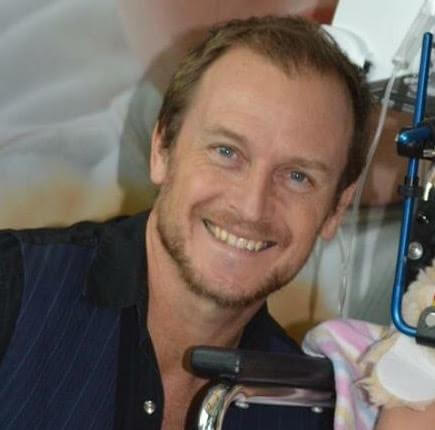 Guest: Matt Ralph
Presenter: Wayne Buclar
Guest Bio: From studying a double major in Communications and Commerce, through to falling in love with the creative arts while working at a theatre restaurant then later attending the Western Australian Academy of Performing Arts, Matt Ralph had quite a journey. It wasn’t until he began using his skills while working as Captain Starlight at children’s hospitals that he realised his true passion. It was in this role that he began seeing the therapeutic value of music and so decided to undertake a Masters of Music Therapy degree. Matt’s Music Therapy position is made possible thanks to funding from RedKite, ACMF and Sydney Children’s Hospital Foundation.

Segment overview: In today’s Health Supplier Segment, Music Therapist Matt Ralph from the Sydney Children’s Hospital Network joins us to share valuable information about music therapy paediatric healthcare. Music Therapy is about building resilience through music, encouraging children to courageously cope during lengthy and recurrent hospital admissions. It is used as a means of distraction during challenging treatments, as a way for children to explore skills and the unfamiliar Hospital environment, and as a tool to develop positive memories, this is particularly important when it comes to palliative patients. In addition, he also discusses music therapy beyond the hospital walls like that of Sydney Children’s Hospital, Randwick’s Click Sticks Program which gives patients the opportunity to take their skills home with them.

Wayne Bucklar: You’re listening to Health Professional Radio. My name is Wayne Bucklar and my guest today is Matt Ralph from the Sydney Children’s Hospital Network. Matt joins us from Sydney, Australia. Good morning to you Matt.

Matt Ralph: Hi Wayne, thanks for chatting today and finding out about the music therapy program.

W: It’s my pleasure. Now Matt, I see here in your bio you’re a music therapist. Tell me a little bit about what that means.

M: Okay. Well it’s post grad, actually the masters in music therapy at University of Technology in Sydney. And that meant that I could join the Australian Music Therapy Association and the story goes a little bit quitter.

M: Then, yeah. So if you’re qualified then you can become a member of Australian Music Therapy Association. And then you’re able to work in the hospital system in Australia. So I was lucky enough to finish the course and then be offered full time job here at Sydney Children’s Hospital, so very lucky and I really enjoy it.

W: And in fact, they may now be mocking me and going “No, we understand that entirely and we think it’s wonderful and we love it.” But for the skeptic in me, give me some idea of what happens and how it works.

M: Yes, sure of course. So music therapy can often be found in populations with special need, can be found in aged care, and can be found any acute hospitals or children that have a special needs or autistic … and it’s because it encourages families, kids… I’m just gonna talk about my experience in acute hospital. But it encourages the kids and the families we work with to cope with the treatment, which is really important for a lot of children who will be here for quite extended periods of time. So what we do is work on achieving what might be termed and what has been studied since … called “courageous coping” which is where we encourage the kids through the music – to meet the environment, to try and change the environment, to communicate with the environment, to feel comfortable in the environment. All this are sort of ways of expressing themselves which means that they’re gonna meet their … well yeah they’ve got a better chance of meeting their developmental goals. It means that if they’re here for a longer period of time, that they’re not gonna have issues with socialization, yeah. And so it’s a lot to how I see my role, it’s a lot to do with encouraging the kids and families to cope positively with the treatment that they go through a year. That can be done in many different ways – it can be about exploring instruments, it can be about writing songs about that how they’re feeling. We’ve got lots of different ways to connecting them to the community in the hospital, yes. So that’s one aspect I believe that’s an important one, as your listeners will be aware that children can cope very differently with situations and if they to see an environment to be threatening, there’s a large chance that they will use like protective control coping mechanisms that can really have a bad impact on their development and in their wellbeing. So we try to open them back up again and get them engaging through lots of different ways.

W: And I notice that Sydney Children Hospital has a music video program. Tell me about that.

M: Okay. Yeah, that meets objectives of socialization, of creativity, of linking kids back into the community. It’s a language which they understand, quite often can be used with lots of different aged groups. If they’re older they can get really engaged in actually creating the music video clips, if they’re younger then they can have a lot of fun being part of it. There’s some research done, clinical trials which have shown that music video clips especially in oncology populations in isolation, it improves their resilience remarkably and quite significantly which is great research which is being done. It’s of course what we do here, as just a quick little example of something which we just done in the last couple of weeks, we had a young boy who has a brain tumor, it’s some quite advanced and very, very difficult situation for the little boy and for the parents, and had to move state, had to move from Canberra to Sydney for treatment. Which is where music therapy can step in and hopefully make a large difference to the experience of the family and the child. So we did as part of our music video program, we found out what the boy really likes. He actually likes the band Kiss and he’s 6, he really enjoyed Kiss’ music and the whole group of Kiss. So then as part of the program, we tied up with the Starlight Children’s Foundation to face paint him and also his whole family as members of Kiss. We created a music video clip to fit to a Kiss song, which involved nurses, hospital staff and across the hospital to engage socially and engage with community in the hospital. And then we showed it on a sort of hospital TV network, which he really enjoyed being part of. He got to connect to the national of star and a lot more. He got to send that video to his friends and his family, it really lifted the mood of the family, obviously there’s memory making involved there that’s very important. And then that would share on a larger scale and it even got across to America, where Gene Simmons saw the video and then he ended up twitting him and contacting him and then the newspaper contacted Gene Simmons. All of a sudden it went from moving from State to State, to actually being part of a global community that showed that they cared for him. I think that was a good example of how the music therapy program can work.

W: From little seeds, big things grow. My name is Wayne Bucklar and you’re listening to my conversation with Matt Ralph, a music therapist to Sydney Children’s Hospital Network and this is Health Professional Radio. Matt those stories of connection and extension like that certainly have an impact at the heartstrings. Is there evidence of therapeutic benefit?

M: I think the evidence of therapeutic benefit be hand in hand, with evidence relating to resilience and the power of resilience in meeting and coping with treatment. So I know that there is a great deal of specific research in music therapeutically. There’s many, many articles about that. In my experience, I see it each day and get feedback from the staff and from the kids themselves and the families about what it means. It genuinely assists in their mood in the hospital and each strand of what you might consider to be the building blocks of resilience, music works with. So whether it’s courage, whether it’s feeling at peace in the environment, whether it’s expressing themselves – all the strands that kind of create resilience, music works very closely with and builds on. Also work with have connotations with a physiotherapist about just engaging them physically, warming them up. We’ve got the Click Sticks program where we hand out wooden sticks and we have different songs and activities that would go along with each stick and also drums so that we basically get them moving, we change the energy of the room. So we have various specific therapeutic goals and we see those goals being met each day. And the good thing about music is it’s very flexible and it’s very wide ranging. So on the one hand, it might be “Well music therapy was that, it’s just using the …” but and in which case it’s hard to explain but on the other hand it’s actually so flexible that it can meet very specific therapeutic goals very easily. And also underlying it, is a huge powerful empathetic relationship which is can be utilized at any point. So I might work with a child who is having a sort of unenjoyably environment for them for a few weeks, we might do Johnny Cash songs… other songs. While we’re uplifting the child’s mood, we’re also building a very strong relationship which then if there’s issues like medical compliance … or maybe the child has to get into a carseat with a halo on and they don’t want to do this, then we can use that very strong relationship and I often get a referral saying “Oh such and such. He’s not taking any medication, can you work with them on this?” Or an OT might say,“We need to maneuver this child into this chair, Can you please help with that?” Because music can be used effectively because we have this relationship and the children associate music with having a good time and they’re less likely to get anxious and more likely to be courageous. So yeah, I mean kids come in all day and with various specific therapeutic goals, I would totally advocate the music therapy is a valuable, therapeutic intervention yeah.

W: I’m talking with Matt Ralph, a music therapist to the Sydney Children’s Hospital Network and it sounds like Matt it’s certainly not dull job. I just like to make mention that your position made possible thanks for funding from Redkite ACMF and the Sydney Children’s Hospital Foundation. It’s been a pleasure to chat with you this morning and I do appreciate your time. Thank you for being on Health Professional Radio.

M: Oh thanks very much Wayne and yeah, I really enjoyed talking with you. And I hope that I’ve shared some of the work that we do and why it’s a valuable program in the hospital for the kids and families.

W: Now we have a transcript of this interview on our website at www.hpr.fm. You can also have a listen to the archive of the audio either on SoundCloud or on YouTube. This is Wayne Bucklar on Health Professional Radio.