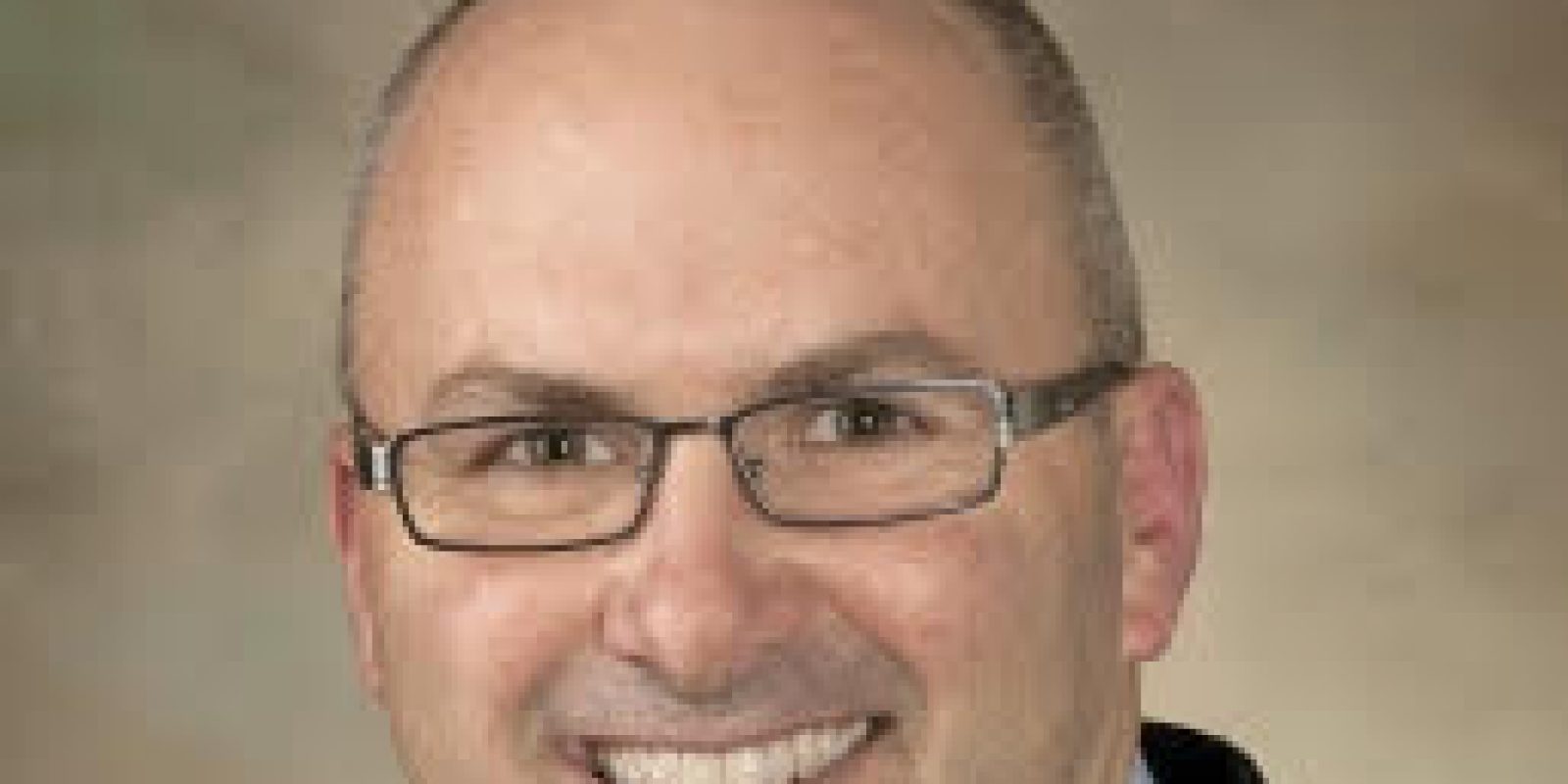 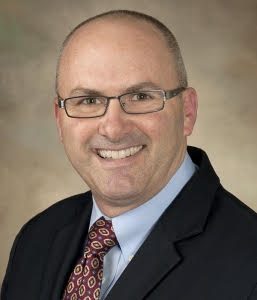 Guest: Stephen Powell
Presenter: Neal Howard
Guest Bio: Steven Powell is the CEO of Synensis and coauthor of the book, The Patient Survival Handbook. Synensis has helped more than 500 hospitals around the world pursue zero preventable harm by measuring and improving quality and patient safety, eliminating the costs of under-performing processes, and, ultimately, saving lives.

Segment overview:Stephen Powell discusses how after a decade of intense practice, Synensis’ unique collection of proven tools and learning systems expanded to include customizable, outcome-driven solutions that improve patient safety culture, enhance the patient experience, engage healthcare leaders and increase staff satisfaction. Their holistic philosophy is successful due to a synergy of the six dimensions of a Healthy OrganizationSM, leading HTT to emerge as Synensis with a mission of helping organizations achieve zero preventable harm.

Neal Howard: Hello and welcome to Health Professional Radio. I’m your host Neal Howard for this Health Supplier segment. And in studio today with us is Mr. Stephen Powell. He is the President and CEO of Synensis and co-author of the book “The Patient Survival Handbook.” Now Synensis has helped more than 500 hospitals around the world pursue zero preventable harm by measuring and improving quality and patient safety, eliminating the cause of underperforming processes and ultimately saving lives. How are you doing today Stephen?

Stephen Powell: I’m doing great Neal. Thanks for having me.

N: Thank you so much. Now you’re the President and CEO of a company called Synensis. Exactly what does Synensis do in helping hospitals to prevent medical errors?

S: Well, what we have done is we have leveraged an evidence based approach to taking the world of high risk and managing that in a way that creates high reliability. And so an industry like healthcare we can imagine there is a lot of risk involved in delivering healthcare in our settings.

S: But other industries are great models for being able to manage high risk, like the aviation industry, the nuclear power industry, oil and gas, other industries like even the military. They are very high risk operations but yet they give them in a very safe way. While we come to know those organization process high reliability organizations and so we take this principle and we applied those and integrated those within the healthcare environment to be able to create high reliability teams. And it’s these high reliability teams that really effectively communicate with one another, they have clear leadership, they use a supporting structure where they have really good backup behaviors with one another. And they really have reduced the hierarchy that are sometimes present in high, if you will highly professional teams like doctors and nurses. So the communication freely flows along with good information to make proper decision and actions in the event that a mistake occurs to mitigate and manage the risk of patients each in every day. And so that’s what we help organizations do and so some of that is involved in basically uncovering where this risk is in their organization, number one. And then helping to show our leaders and team members some simple but tried and true evidence based practices for using each and everyday at the bed side with patients, to make her safe in their organization.

N: Now you’re based in United States, is that correct?

S: That’s correct. Our headquarters is in the Atlanta area.

N: But now you’ve helped, your helping hospitals on a worldwide basis. What type of structure do you have as far as sending representatives from Synensis to other healthcare facilities to offer training and support?

S: Well we have a pretty large scale or built in a large scale organization and been growing over a little bit over a decade that we’ve been in business. So we’re just been 12 year now, we just finished 11 years, entering our 12th year. And we operate in 17 countries. And so again we service hospitals, mostly hospitals but also the ancillary clinic, supporting diagnostic centers and also long term care facilities that are associated with hospital systems. And of course in other countries, we serve the ministries of health and other governments that are trying to again create programs and solutions, and capture this information around medical errors and improve upon it, to also improve their outcomes in health because there’s this staggering cause to now in the US, but other countries as well preventable medical errors. And we help to reduce a span of that if you will for no better termed knowledge is it’s harm and it’s horrible to see the impact of preventable medical errors on individual patient and their families. But it’s a drain of resources on our health system … in the perspective and also in waste, really things just didn’t have to happen the way they did.

S: Well Neal what happens is in most orientation when we talk about, a culture changed really norms, beliefs, values, you’re looking at anywhere from a 2 to 4 year activity. And so there’s ongoing coaching, there’s also this sense making, continuous monitoring of data, becoming more sensitive to your data and knowing when you might be in essence deviating from your proposed actions or your agreed-to protocol. So it’s similar again Neal, just monitoring, auditing, so we do some of that to help organizations get that outside perspective. Sometimes you can’t see the course for the…if you will in our own culture. It takes in a third party, an outside independent source to kind of brings our attention to possibly some gaps that we just didn’t know exist in our organization. So there’s an ongoing auditing and I also believe that this is not like any just don’t get to this place with what we’re seeing is organizations are really trying to become, go from that being good to being great as Synensis talks about and being great or being excellent in these area requires continuous improvement.

S: Yeah, I think the first one is we’re not here about doing more with less to be honest with you because safety requires some extra layers in your defense system. So we’re not typically like where someone’s gonna come in and cut out a certain number of people or a certain number of redundant steps. Also there are … where we work within the process redesign. But we want them that’s the first myth. And I think the second one is that there is another myth here is it’s not about bad people, this is about bad systems Neal. So the sort of idea punishing people for making a mistake really is counterproductive and we have stopped doing that.

S: And that’s a myth that you don’t just have this bad people out that are making this mistake, it’s just a few that are out there. What we found in our work and it’s verified by evidence is that the meaning of this incidence, if you substituted the person with an equally qualified person that what you would find it that they could made the same mistake that the other person made as well.

N: Yes. Now as we wrap up, where can we get information to possibly get some of your services going?

S: Well absolutely. Well we have best place is just go to Synensis S Y N E N S I dot come (synensishealth.com). Synensis really stands for “unity” so we’re really trying to pull … pieces of the improvement … together into really 6 core areas culture, leaders, teams, learning, implementation, and of course patients, so we’ve been talking about today. And looking at the whole organization and not just the pieces and part kind of bringing that together. So Synensishealth.com watch the free resources, information papers, blogs. And again if people want to get in touch with us… but also to come one of our free webinars that we do where we talk about some of these topics and really start people thinking about that they may in fact relate to some of the issues that they got going on in their organization and see that it might be an area that they can find some ways to start improving in their organization.

N: Great. You’ve been listening to Health Professional Radio’s Health Supplier segment, I’m your host Neal Howard. And we’ve been in studio today focusing on Synensis. President and CEO of Synensis Mr. Stephen Powell has been in studio with us today talking about his company that has helped more than 500 hospitals around the world pursue zero preventable harm by measuring and improving quality of patient safety, eliminating the cause of underperforming processes, and ultimately in that effort saving lives. It’s been great talking with you today Mr. Powell.

S: Thanks Neal. I really appreciate the chance to come on your show and talk to you about an important issue, patient safety.

N: Thank you so much. Transcript and audio of this program are available at healthprofessionalradio.com.au and also at hpr.com and you can subscribe to our podcast on iTunes.