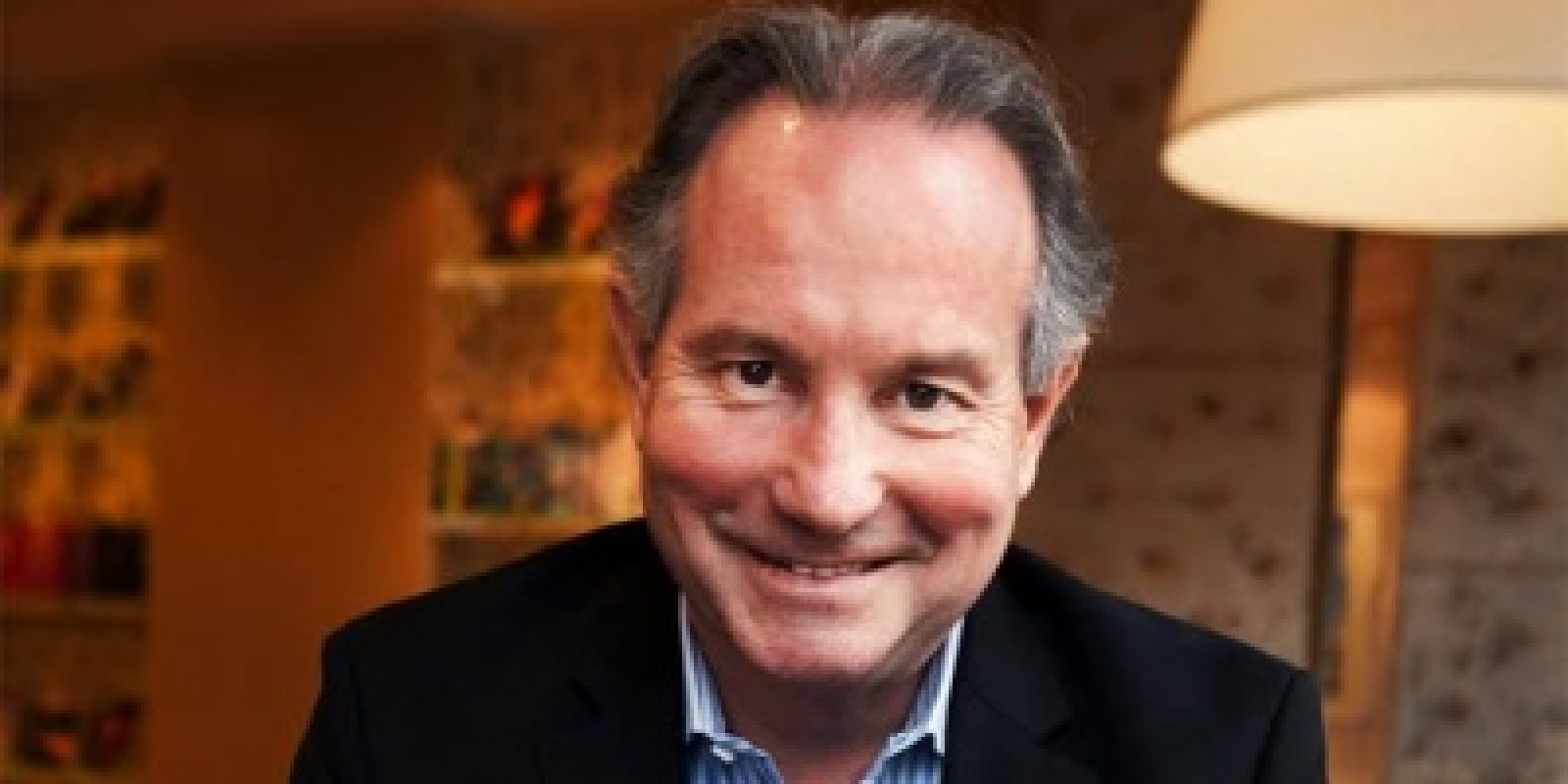 Guest: Dr. Ross Walker
Presenter: Wayne Bucklar
Guest Bio: Dr Walker has a medical practice in Lindfield on the upper north shore of Sydney. He provides a service in all aspects of echocardiography, focusing on stress echocardiography which is a well-accepted, accurate method for assessing heart disease, not involving irradiation or injections. There are presently no other stress echo services on the upper North Shore. Dr Walker commenced stress echocardiography in 1992 and has since performed 15,000 studies, over 30,000 trans thoracic echoes and 2,000 trans oesophageal echoes. Stress echocardiography provides much more information to the practitioner than stress testing alone. Dr Walker has published seven books (all of which have been best sellers) on preventative cardiology and lectures both nationally and internationally on this subject. Dr Walker’s other area of expertise is in the field of preventative cardiology and he has also commenced a related service in arterial screening.

Segment overview: In today’s Health Supplier Segment, we welcome Dr Ross Walker one of Australia’s leading cardiologist with a passion for people and health. He is considered one of the world’s best keynote speakers and life coaches. Dr. Walker is also a regular presenter on the Nine Network’s Today Show, A Current Affair and has most recently appeared as the medical expert on Excess Baggage. He also presents on radio stations 2UE, 6PR, 4BC and 3AW. Dr. Walker said recently that Ubiquinol, the active form of Coenzyme Q10 (CoQ10), may soon be standard protocol for Australian healthcare practitioners seeking to address patients with cardiovascular disease and potentially congestive heart failure. Implementing this treatment plan into patient care shows very promising results for the thousands of Australians living with congestive heart failure, hypertension, statin-induced myopathy and for those undergoing cardiac surgery.

Wayne Bucklar: You’re listening to Health Professional Radio with Wayne Bucklar. Today my guest is Dr. Ross Walker. Ross is one of Australia’s foremost Cardiology experts and has recently made some announcements about Ubiquinol, the active form of Coenzyme Q10. So today we’re going to talk about what he has been announcing and what led him to that conclusion. Ross welcome to Health Professional Radio.

W: Now tell us what you’ve been having to say about Ubiquinol.

R: Well I’ve been in the Coenzyme CQ10 space for a number of years. But with my recent research in reading around the subject, I realized that one of the problems we’ve just prescribing coenzyme q10 is that it’s not the active component. And as we get older we lose a particular enzyme called diaphorase which then doesn’t convert ubiquinone – the inactive form of coenzyme q10 – or the oxidized form to the reduced or the active form ubiquinol. So the reality is, if you really want to get benefit from supplementation you have to be taking the active ubiquinol.

W: That’s very interesting because it’s not all that many years ago – when I say that I have to reflect that it’s a long time since I spent any time in the health professions – it’s not that long ago and anyone who was recommending fish oil was considered to be a bit of a quack. And yet these days every time I go to my GP the second question is “And don’t forget your fish oil capsules.” And ubiquinol sounds like one of those complimentary medicines I guess you’d call it, that’s rapidly becoming a mainstream prescribing practice.

R: Well in my view, it is. And let me tell you why, most people would be aware that this thing called the “mitochondria.” And the mitochondria is the little fuel pack in every cell that drives the cell. So I make the analogy if you don’t have any petrol in your car, your car won’t work. Mitochondria isn’t making ATP which is the “unit of energy,” the ATP is the fuel that fuels the cell. And ATP comes from the reaction of oxygen and glucose in the mitochondria. Now one of the major driversis the mitochondria is coenzyme q10 or in reality is ubiquinol. And so ubiquinol is involved in three major steps in this production of ATP. So as we get older we don’t make as much ubiquinol. Our diet is very low in ubiquinol, so you don’t get really a lot, I think you got to have something like a kilo of sardines to get a reasonable, about a 10 milligrams of ubiquinol. And most of us wouldn’t eat a kilo of sardines every day or them to go stomach one load of full kilo. And so the reality is we were only designed to wonder in to jungle with a spear for 30 – 40 years, having our head ripped off by a sabretooth tiger or die in some infection. We weren’t design to go double our used by a date in a very synthetic world that creates obesity because we’re all sitting on a backsides all day. So what happens as we get over that magic used by date of 40 is the ubiquinol levels in our mitochondria drop, and many people over the age of 40 especially over the age of 50 are feeling tired. And I find that the combination of ubiquinol especially taken with magnesium orotate. Now it has to be the orotate … because that the orotate fix of thing in the mitochondria called “orotic” not erotic. Orotic acid metabolism which lifts up the co-q10 or ubiquinol levels. So what I do for all my patients who are complaining of fatigue, I put them on at least the 150 milligrams a day of ubiquinol with magnesium orotate. If anyone is taking a statin drug to lower their cholesterol, and I’ve got to say I’ve been one of the great critics of the excessive prescription of statin drugs to lower cholesterol. I don’t treat cholesterol, I treat risks. So the people in my view who should be taking statins are people with established heart disease. So people who already have a heart attack a STENT or a bypass or on coronary calcium score which is the best non-invasive predictor of heart disease – they have evidence of significant mark in their arteries. Then those people also should be on a statin. But one of the problems I’m seeing in conventional medicine, somebody walks into their doctor, their cholesterol is nudging up a bit, they’re immediately put under a statin. And I totally disagree with that. A big study for the Journal American College of Cardiology just a couple of weeks back, showed that all these people over the age of 45 there’s about 5,000 people in the study followed for 10 years, 77% of this people Wayne were fitted the American criteria to go onto a statin – 77%. But half of those people had a 0 calcium score and therefore the statin was completely worthless over the 10 years, their event rate was so low, they didn’t need that statin. So what I’m saying here is you don’t treat cholesterol, you treat risk. But if you need to be on a statin, what statins do is affect the metabolism of ubiquinol in your mitochondria and this is why a number of people about 10 to 20% of people who take statins get either muscle pain, stiffness, weakness, cramping, and sometimes even atrophy where the muscles melt away. So the way to prevent that is to put people on at least a 150 milligrams a day of ubiquinol and magnesium orotate, so that’s one thing. The second place in cardiology we’re ubiquinol is very important is people who have cardiac failure. Now a study from a few years back called “Q-symbio” used ubiquinone in the dose of 300 milligrams a day. And even that study alone showed a 50% reduction in cardiac events over a 2 year period in the people giving ubiquinone. But that was in a big dose of ubiquinone. So if you use 150 to 300 milligrams of ubiquinol, you markedly increase the amount of blood ubiquinol levels to around what I say 4 marks per meal and that’s a good dose to get your ubiquinol levels up. And that’s when the people get the real benefits from cardiac failure when you switch them over the ubiquinol, even if their own maximal drug therapy for their heart failure.

W: It is a remarkable piece of evidence, isn’t it?

R: Oh yeah. And we’re gathering more and more evidence along the way that ubiquinol is really important. So the statin story is one big deal, the heart failure story is another area that’s very important just for people fatigue, sportsmen for example it has been showed in some studies out at Germany that people who play regular sports actually performed better on ubiquinol. So I just really can’t see much reason for people not to take the stuff.

W: Yes. And you think there’s an argument for ubiquinol just to become part of the routine treatment of patients with coronary issues?

L: Oh yeah, well especially if they’re on statin or special they got any degree of cardiac failure. But look I take it myself purely to keep my aging levels up. I have a very a busy life and so because of that I take it, I’ve got lot of energy and I think part of that, I mean I try to live as healthy a lifestyle as I possibly can – exercise, I’m happy, I meditate every day as every human being should, I try to eat well, I certainly don’t use any illegal drugs, low dose alcohol, I try to sleep as well as I can. But you still get tired doing all the sort of work that I do. And I take the 150 milligrams a day of ubiquinol and I also take magnesium orotate as well just to keep my energy levels up to keep those ubiquinol levels driving that mitochondria to make ATP.

W: Very interesting to have your insight and I do appreciate Ross your passion for the subject. My guest today has been Dr. Ross Walker one of Australia’s foremost Cardiology experts and he’s been talking about “ubiquinol,” a topic we’ve have a bit in recent times with different guests. And something I suspect well worth investigating but I should say that the interview with Dr. Ross Walker was not intended to be medical advice. And you should not change or alter your medications without seeking your own specialist, medical advice from your own doctor. If you’d like to hear the interview again with Dr. Ross Walker, it’s available both as a transcript and as an audio archive. And you can access that from www.hpr.fm. But if you wanted to get in touch with Dr. Walker his website is drrosswalker.com D R R O double S W A L K E R dot com. You’re listening to Health Professional Radio, my name is Wayne Bucklar.